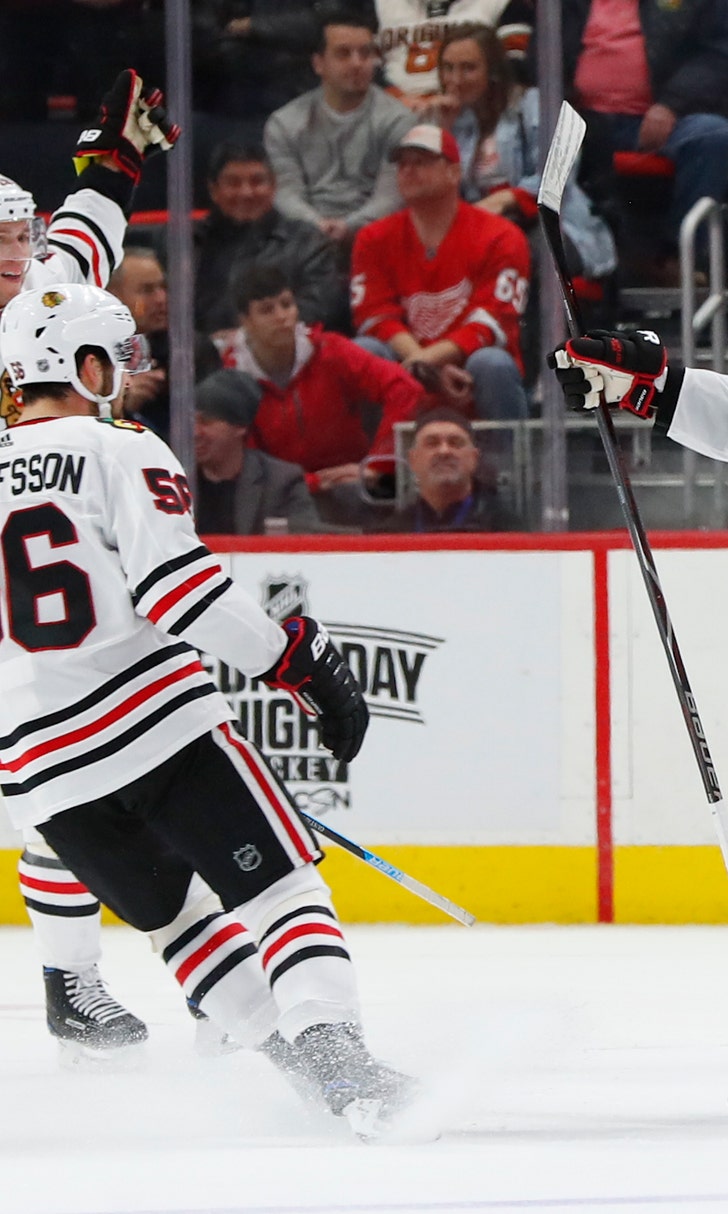 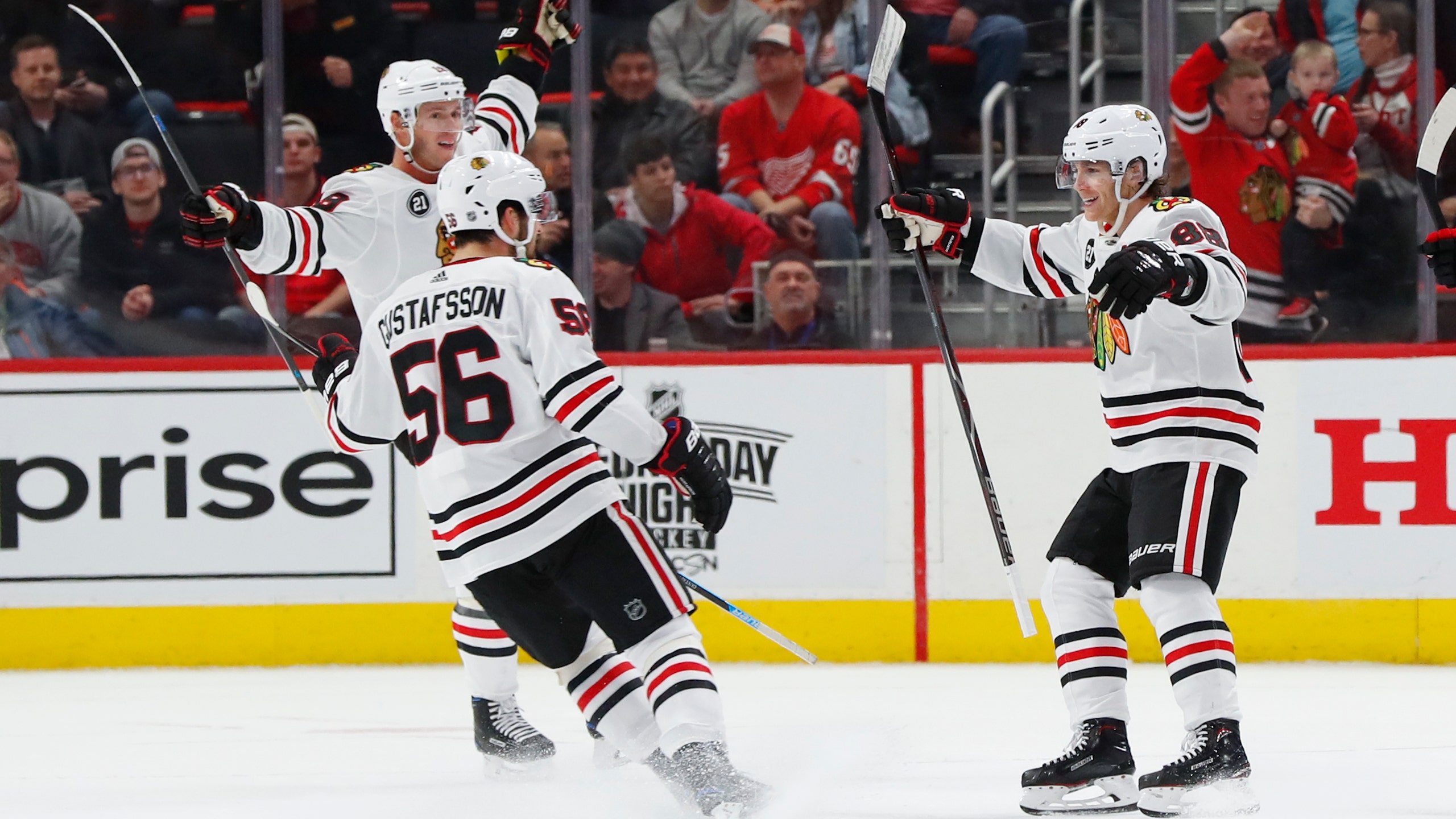 DETROIT (AP) — Patrick Kane scored two goals, including the game winner with 2:18 left in overtime, extending his point streak to 19 games and lifting the Chicago Blackhawks to a 5-4 victory over the Detroit Red Wings on Wednesday night.

Artem Anisimov, Brandon Saad and Alex DeBrincat scored for Chicago in the first period. The Blackhawks have won 10 of their last 12 games, scoring 60 goals in that span.

Dylan Larkin and Andreas Athanasiou scored two goals each for the Red Wings, who rallied from a 4-1 third-period deficit to tie it.

However, Erik Gustafsson found Kane alone to the right of the net in overtime, and the Chicago star beat goalie Jonathan Bernier for his 38th goal of the season.

Casey Cizikas and Anders Lee scored for the Islanders, who had tied it earlier in the third after trailing 2-0 following one period. Thomas Greiss finished with 28 saves in New York's third regulation loss in 16 games.

LAS VEGAS (AP) — David Backes scored in the sixth round of a shootout to lift Bostontp its season-high seventh straight victory.

Jake DeBrusk and Brad Marchand scored in regulation as the Bruins improved to 8-1-1 in the last 10 on the road — including wins in the first four games of a western trip. The win streak is their longest since a 12-game run in 2014. Jaroslav Halak stopped 31 shots.

Reilly Smith and Nate Schmidt scored for Vegas, while Marc-Andre Fleury finished with 25 saves. Fleury has lost four in a row and seven of his last nine starts. He has allowed 19 goals in last five starts, and 28 in the nine-game span.

DeBrusk scored for Boston in the first round of the shootout and William Karlsson tied it for Vegas in the second.

DENVER (AP) — Nathan MacKinnon and Matt Calvert scored 11 seconds apart in the third period, Semyon Varlamov made 26 saves in another strong performance and Colorado won two in a row for the first time since late November.

The only score Varlamov allowed was to Kyle Connor with Colorado staked to a 4-0 lead.

Connor Hellebuyck stopped 39 shots for the Jets, who lost to the Avalanche for the second time inside of a week.