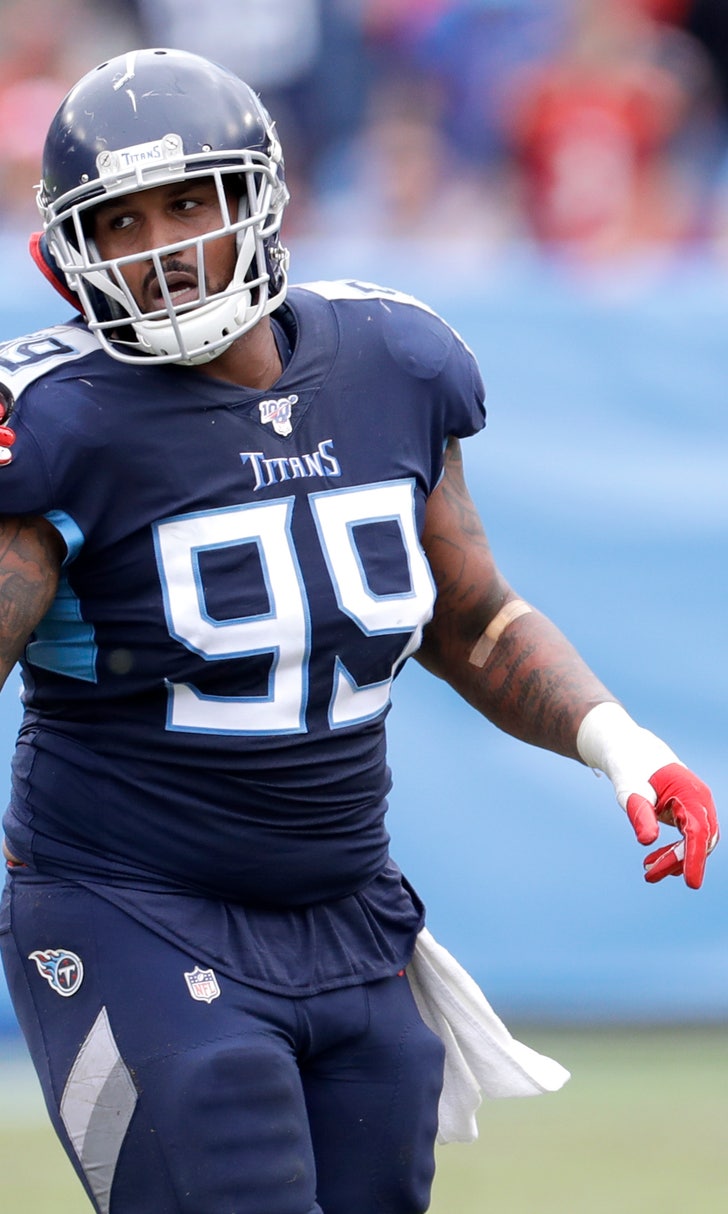 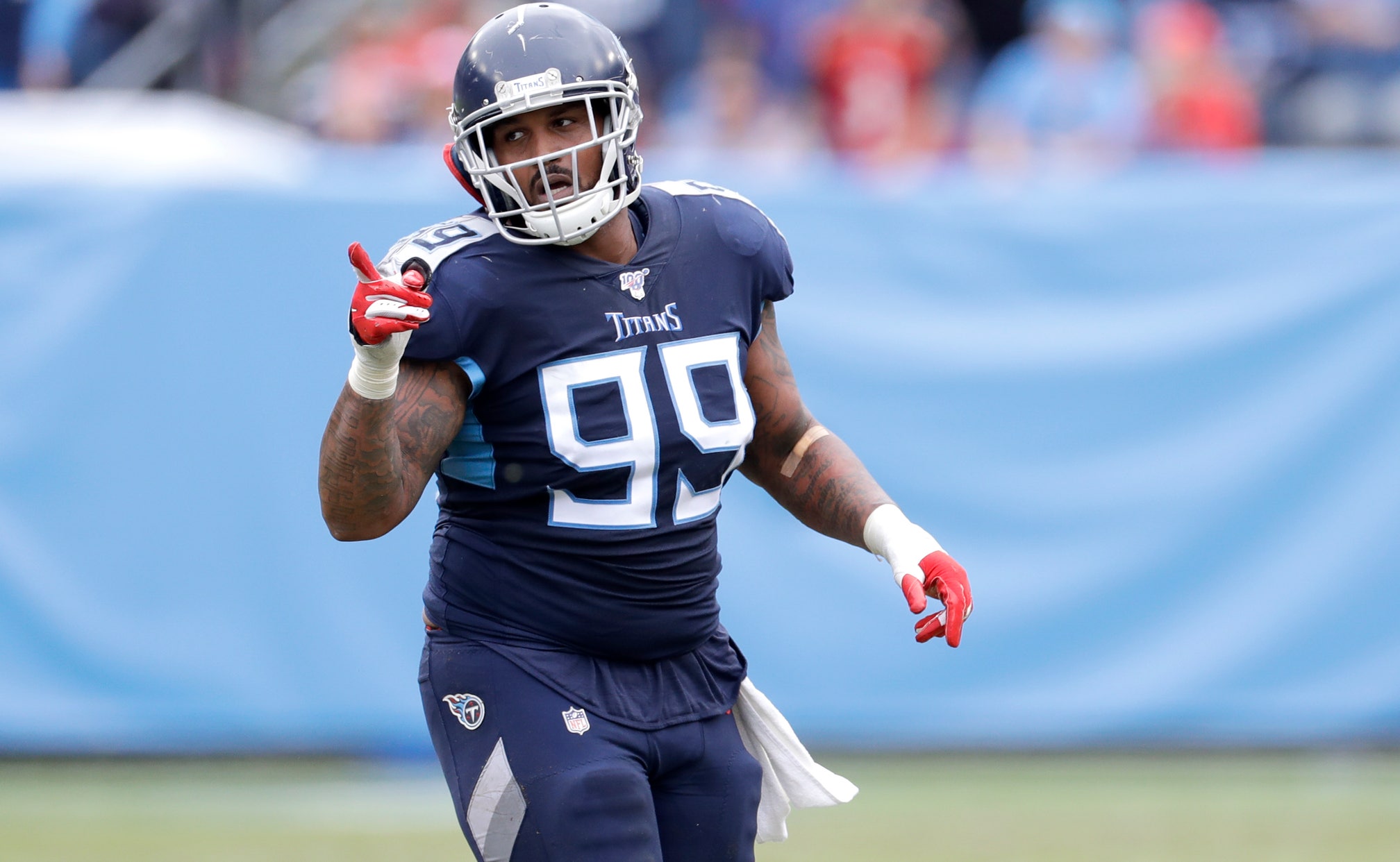 NASHVILLE, Tenn. (AP) — Tennessee defensive lineman Jurrell Casey took a moment to sit down with his wife and simply soak in the feeling.

After nine long seasons and four different head coaches in the NFL, the four-time Pro Bowler finally will play in his first AFC championship game.

Casey has had to be very patient since being drafted in the third round out of Southern Cal in 2011. Only All Pro punter Brett Kern, who came to Tennessee in 2009, has been with the Titans longer than Casey who didn't reach the postseason until his seventh season, surviving a stretch that included seasons where the Titans went 2-14 and 3-13.

The man who refused to go to the Pro Bowl after the 2014 season as an alternate because he wanted to be voted into that game never thought of trying to leave Tennessee. To him, it's a case of simple loyalty.

“You got to ride with them no matter how tough it is,” Casey said. “You got to fight it out until I'm done. Either I’m going to retire not being able to go to the Super Bowl at all with the Titans or I’d be able to go to one. My mindset is just take care of this AFC championship and hope my dreams come true.”

Casey is coming off his best game yet in the postseason and one of his best ever. He had two sacks in the Titans' divisional win in Baltimore, including stripping Lamar Jackson of the bal l that was recovered by teammate Jeffery Simmons. Casey needs one more sack to tie Jevon Kearse who had three in 1999, helping the Titans reach the franchise's lone Super Bowl.

Titans coach Mike Vrabel, who won three Super Bowls during his 14-year career as a linebacker, can't say enough about the leadership of a player who was voted a captain in each of the past six seasons. Vrabel says Casey has done everything asked of him by any of the current coaches.

“When you’re somewhere for a long time, and you’re used to a certain way, and new faces come in, I’m sure that could always be a bit of a challenge,” Vrabel said. “Casey has never done anything but put the team first in anything that we’ve asked him to do. So, when people like that have success, you’re excited for them.”

The 6-foot-1, 305-pound Casey has had at least five sacks in each of the past five seasons and 51 for his career. He ranks seventh among the franchise's sack leaders. And only the Bengals' Geno Atkins (72 1/2), the Rams' Aaron Donald (72) and Gerald McCoy (56 1/2) of the Bucs and Panthers have had more among those primarily playing defensive tackle since 2011.

It's why the Titans extended his contract twice, the first in 2014 and again in 2017. Casey has worked to make sure he stays at the top of his game, even changing his diet a couple of years ago, joining a handful of teammates in going vegan. It's part of the mentality he's had since he was a self-described “little bit heavier” child trying to beat the fastest kids in the neighborhood. Now he tests himself against the defensive backs.

“I believe at the end of the day whoever I line up against, nobody can match up against my ability,” Casey said.

Casey missed two games during the regular season, including the Titans' win on Nov. 10 against Kansas City, with an injured shoulder. He'll be on the field Sunday against the Chiefs (13-4) needing one win to help lead the Titans (11-7) to a Super Bowl berth.

Kansas City coach Andy Reid actually has coached Casey in the Pro Bowl and called him a good athlete.

“He's been doing it a long time now, and he's been doing it at an All-Pro level,” Reid said Wednesday on a conference call. "So we know that. And they're moving him around, which is great for him. It's hard to get a bead on him, where he's at. He's a good athlete, and he's got good skill and he's smart.”

Casey has been doing it so long that's why Titans safety Kevin Byard thinks just reaching the AFC championship game means a lot to the veteran.

“We definitely want to go get this win for Casey, for the guys that's been here a long time who've seen all the ups and downs in this team and this organization,” Byard said.

Notes: CB Logan Ryan did not practice because of illness. But WR Adam Humphries, who has missed six games with an ankle injury, was limited. LB Jayon Brown also was limited after missing the divisional win with an injured shoulder. LB Rashaan Evans (foot) and CB Adoree' Jackson (foot) both were limited.