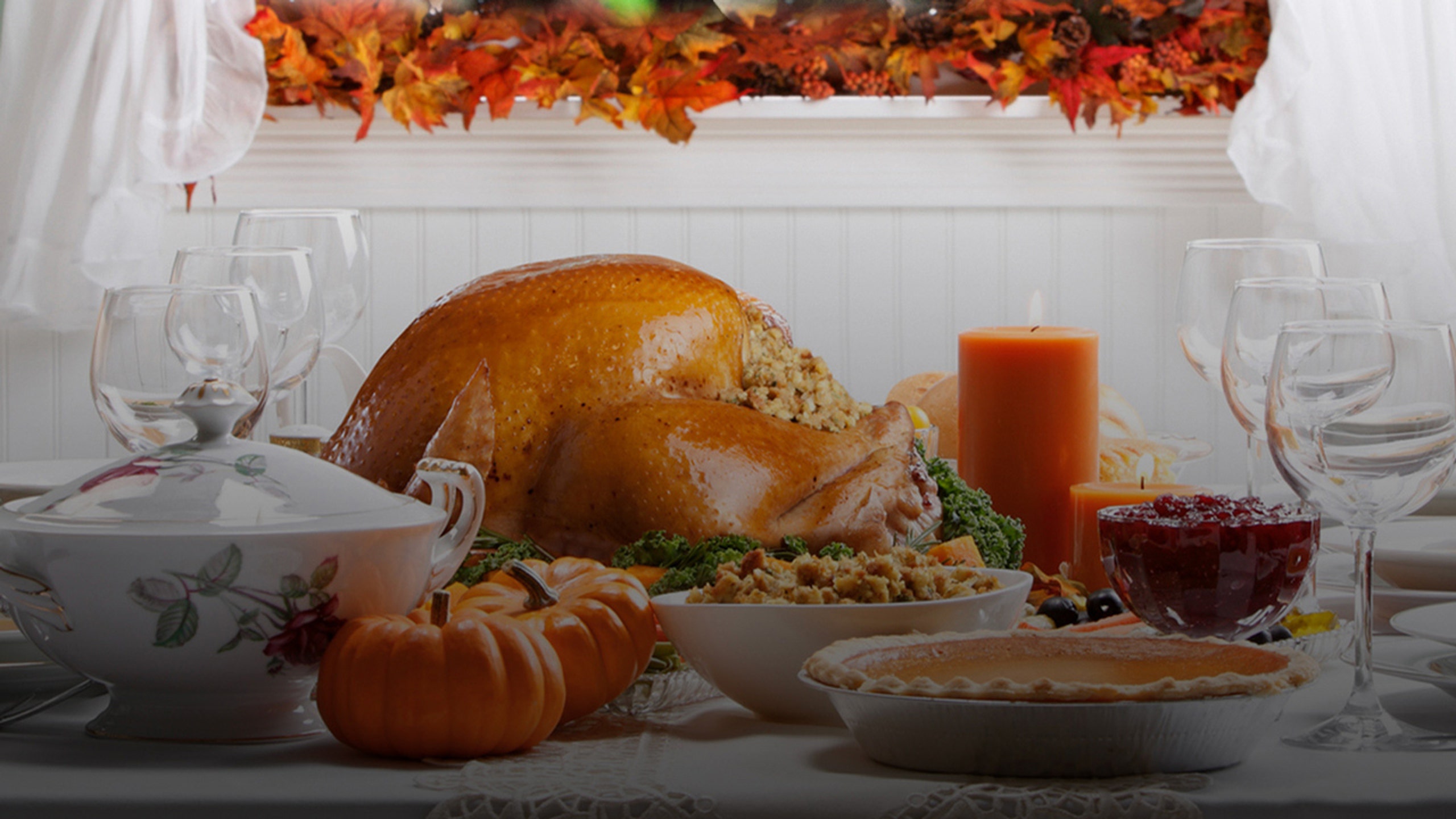 Happy Thanksgiving, everyone! Hope you’re enjoying the day with plenty of food, family and football.

Unfortunately, it’s not as much football as originally planned, with the Ravens at Steelers game being moved from Thursday to Sunday. But nonetheless, I covered it like it’s still happening on Thanksgiving, as you'll see in my Turkey Day Teaser below!

Let’s start with the early game, with all odds via FOX Bet.

The Houston Texans' record has hidden the fact that Deshaun Watson has been fantastic since the firing of Bill O’Brien after Week 4. That firing also coincided with the schedule easing up.

Since the Texans opened up with Kansas City, Baltimore and Pittsburgh, Deshaun has been lights out.

According to Pro Football Focus, Watson has graded as the highest QB in the NFL since that opening three-game stretch. Going even further, in the six games since the firing of Bill O’Brien, Watson has been averaging 298.5 yards per game while completing nearly 71 percent of passes.

Now fresh off their win against the Patriots, the Texans head into Detroit to face a putrid pass defense.

Detroit is 23rd in pass defense according to DVOA, with Pro Football Focus ranking their pass coverage 30th in the NFL. Their defense is 25th on third down and is 27th in allowing big plays. The Lions struggle on defense because they do not get pressure on the quarterback, as they have the sixth-worst pressure rate in the NFL.

When Watson is not pressured, he’s fourth in passer rating and third in yards per attempt. In other words, he pushes the ball downfield when not pressured, which he won’t be on Thursday.

Now, the concern I have for taking the Texans is the number (3.5) and the Texans defense. This line opened at Detroit favored by 1.5 and swung all the way to the Texans favored by 3.5. So you’re not receiving the best value in this line.

Secondly, the Houston Texans defense is bad. They allow a ton of yards and don’t force any turnovers. The Lions will have the potential to score points, especially for a backdoor cover.

However, Stafford will be without Kenny Golladay, missing his sixth game of the season. When Golladay isn’t playing, Stafford throws for only 241 yards per game. Also, in general, Stafford has just been OK this season.

His expected points added checks in at 24th in the NFL for quarterbacks. So in this game, I get the better quarterback, the better coached team and I can fade a team that’s lost 13 out of their last 16 on Thanksgiving. Give me the Texans.

Sometimes we tend to overthink wagering on the NFL because it’s the toughest sport to constantly win.

There’s almost no edge to be found, especially in Week 12. These are two bitter rivals who tend to play close games. When you see either team getting five points, you normally would instinctively take the underdog.

But in this case, I’m not going to overthink this game. The Steelers have an advantage at almost every position on the field. They are the much better team right now.

The Steelers offense (17th) and defense (first) are ranked higher than Baltimore’s units. Pittsburgh quarterback Ben Roethlisberger is eighth in expected points added and Ravens QB Lamar Jackson is 26th. The Steelers are trending upward, continuing to improve their offense, while the Ravens are trending in the wrong direction.

The Ravens put multiple running backs on the COVID-19 list, with reports of other players and coaches testing positive. Baltimore is missing multiple offensive and defensive lineman, whether to injury or a benching.

Their rushing attack and their rushing defense have been hindered by those injuries. When they can’t run the ball, their offense must rely on Lamar Jackson, whose passing numbers have taken a hit the last six games. His completion percentage dropped by 8 percent and his passer rating went from 111 to 83.5.

The Steelers defense also plays extremely well against Lamar Jackson because they are athletic, can get pressure with four and sit back in zone coverage. They force Jackson into turnovers. He’s got seven in the two matchups. While a small sample size, I think the Steelers have a good plan for the Ravens offense.

On the flip side, the Steelers offense just continues to improve. I’ve been worried about their explosive passing attack, but recently we’ve seen an uptick in their deep passing. Now they face a Ravens team that loves to bring pressure which will allow Ben the opportunity to hit one-on-one matchups down the field to JuJu Smith-Schuster or Chase Claypool.

Ben is completing 67 percent of his passes against pressure. He’s been outstanding. I think the Steelers win by a touchdown.

I think I detailed above how I expect points in this game, especially on the Houston side. Eighteen of the 20 combined games between the Lions and Texans have gone over a total of 45.5 points.

The Cowboys just beat the Vikings, playing their best contest of the season. Now they get a Washington football team playing much better on offense the last two weekends with Alex Smith getting more comfortable as the starting quarterback.

While the Cowboys defense has improved over their last three games, they still have holes the Washington Football team can exploit. Plus, the Washington defense is excellent. This game will be close, so I’ll take the points.

Yes, I know this game was moved to Sunday. But for the sake of the theme, I'm including it here. Work with me.

The total for this game is always lower than usual because of the old-school nature of this game. It’s an old black-and-blue division game, where both defenses duke it out. However, three of the last four games between these two have gone over the total. I see this game getting past 39 total points.

This one feels simple to me. I get the better of the offensive and defensive lines.

The Indianapolis offensive line is outstanding and gives Rivers plenty of time to throw. When Rivers is not pressured, he’s completing 71 percent of passes and the offense is moving down the field. The Titans are still last on defense on third down.

The Titans offense showed more life last weekend against Baltimore than it had in the previous four weeks, but now they get another physical unit in the Colts.

The Colts allowed 28 first-half points to the Packers and then allowed exactly zero in the second half and overtime. They are fourth in yards per play and fifth in avoiding the big play allowed.

The Titans are down their left tackle AND now their backup left tackle. Their starting left guard was out Sunday and his status is still unknown right now. The Colts don’t pressure often, as they are only 23rd in pressure rate, but I expect them to dial up pressures against the Titans.

Ryan Tannehill struggles against pressure and even though the Colts defense doesn’t bring it often, they are fabulous when they do. They’ve only allowed a 47 percent completion percentage and a single touchdown when they bring the heat.

Two final points: The Titans are 30th in special teams while the Colts are sixth. This mattered in the first game, as the Colts blocked a punt and the Titans missed a field goal. Lastly, the Colts have won 20 of their last 24 against the Titans.

I wanted to take Buffalo -6 but I do think the Chargers have a chance to backdoor cover that six points late because of Buffalo’s defensive woes. Chargers quarterback Justin Herbert has been fantastic. I keep waiting for that “rookie game” and he hasn’t had it yet. I don't believe it will be this weekend, either. Buffalo's offense should be excellent out of the bye. Expect high scoring but the Bills to win the game.

Sean Payton’s Saints are 6-0 in the last two seasons when starting a backup quarterback. Their entire team comes alive when Brees isn’t in the lineup. Last weekend we saw their defense just dominate the Falcons. The Broncos beat the Dolphins, but didn’t look that impressive doing it. Their defense is facing an outstanding Saints offensive line. The Saints will win this game.

Pressure Point
With the NFC's Super Bowl berth at stake, two top QBs are feeling the heat, but who is under the most pressure?
18 hours ago