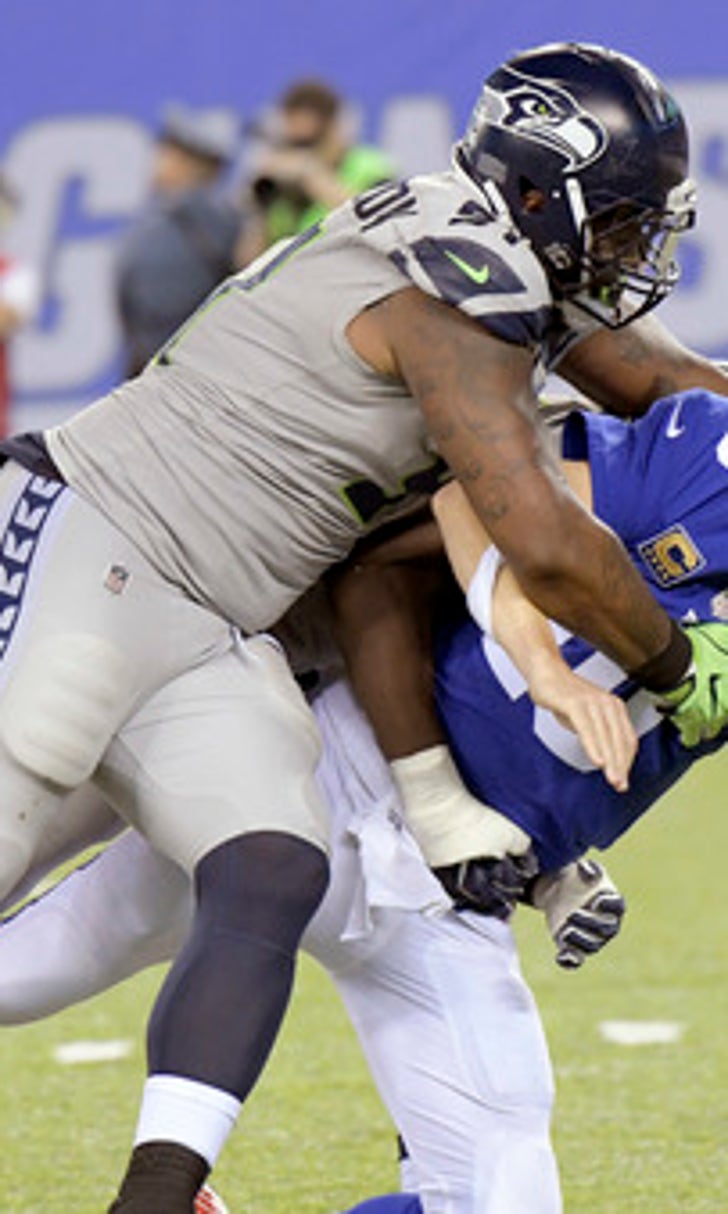 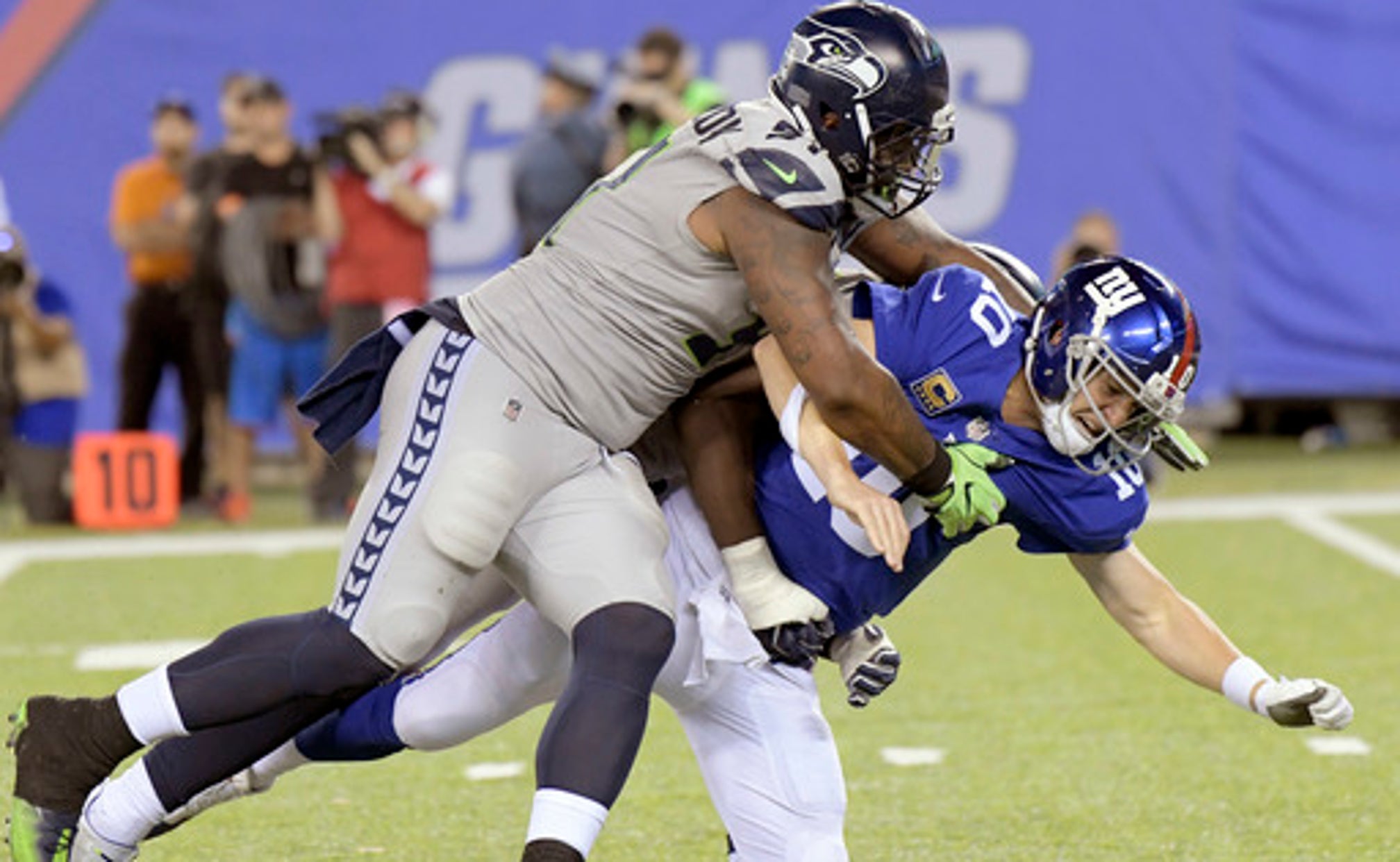 Seahawks defense back on top after 3-game win streak

RENTON, Wash. (AP) It may not have looked that way earlier in the season, but the Seattle Seahawks are back to being an elite defense.

Seattle is tied for the league lead in scoring defense after Sunday's 24-7 romp over the New York Giants. The Seahawks are allowing just 15.7 points per game, tied with Jacksonville for the league lead. They've given up a combined 244 yards rushing in the past three games, including just 46 yards on the ground in rolling past New York.

It's no surprise the Seahawks have won three straight because their defense is back playing at the level that has become their standard.

The Giants finished with just 177 total yards, the 18th time in Seattle coach Pete Carroll's tenure that the Seahawks have held an opponent under 200 total yards in a regular-season game. It was the 21st time they held an opponent under 50 yards on the ground. Carroll was extremely pleased with the play of second-year defensive tackle Jarran Reed and veteran Sheldon Richardson against the Giants.

''They were really consistent, really disciplined from inside out. ... It takes great discipline to do that play after play after play. We've been doing this for years and this is how you play base defense and if you don't play with great discipline, which shows up in those couple of plays that get away from you once in a while, you can't play at this level and you can't play a base scheme like we do,'' Carroll said. ''We don't do a lot of fancy stuff. We do stuff really well and we count on our guys to execute the heck out of it.''

The performance in New York capped a three-game turnaround for the Seahawks after an ugly performance in Tennessee where Seattle allowed 195 yards rushing and 33 points to the Titans. Seattle gave up touchdowns of 55 and 75 yards in the loss.

In the past three games, the Seahawks held Indianapolis to 237 total yards in a 46-18 rout, forced five turnovers in their 16-10 win over the Rams and capped the win streak with the performance against the Giants.

''We just made mistakes in the Tennessee game. We got worn down a little bit and in a segment of that game we gave up a couple of plays we never give up and it didn't look like anything we've ever seen on film for six, seven years,'' Carroll said. ''It hasn't looked like that since. If you take the rest of the plays we're doing a really good job. It's unfortunate. I don't know why that happened as it did, but it did and it's behind us.''

But Seattle is about to get possibly its toughest defensive test yet this season with Houston visiting Sunday. The Texans are coming off their bye but before the break had scored at least 33 points in four straight games, sparked by the play of rookie quarterback Deshaun Watson. The Texans scored 33 against New England and Cleveland, 34 against Kansas City and 57 points in their rout of Tennessee.

Not surprisingly, Carroll was already breaking down Texans film on Monday.

''I've already jumped all over that. He's really good,'' Carroll said of Watson. ''He's got terrific numbers. ... I've already checked him out. He looks good and they do a lot of stuff with him.''

NOTES: Carroll said C Justin Britt suffered a sprained right ankle in Sunday's victory and was very sore Monday. Britt missed only a couple of plays after getting injured in the first quarter. Carroll said it would likely be late in the week before Britt would have a chance to practice. ... The status of RB C.J. Prosise is unclear after he aggravated an ankle injury early in Sunday's game. ... Carroll put to rest any possible lingering issues after WR Doug Baldwin shoved offensive line coach Tom Cable during a heated conversation during Sunday's game. ''Doug was very forthright in saying that he erred there and made a mistake and that's not the way we want to handle stuff,'' Carroll said.