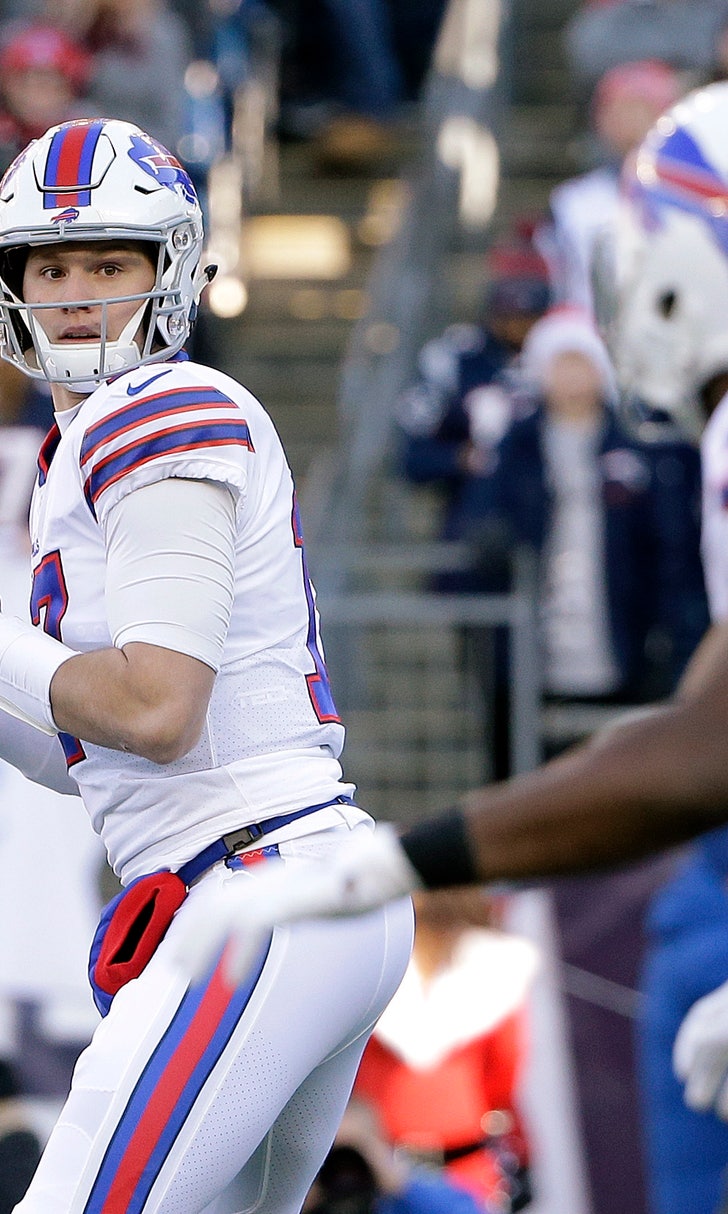 previous story
Cowboys’ Crawford released from hospital after neck injury
next story
Seahawks back in playoffs, Carroll gets contract extension

Bills’ McCoy has rocky return on and off field

FOXBOROUGH, Mass. (AP) — Buffalo Bills running back LeSean McCoy had a rocky return from injury, both on and off the field.

After missing one game with a hamstring injury, McCoy managed only nine yards on six carries and 10 yards on three catches in Sunday's 24-12 loss to the New England Patriots.

The six-time Pro Bowler was benched for the Bills' first series of the game because of a disagreement with coach Sean McDermott that occurred Saturday night.

"We had a situation. And he was totally right. And it was a private situation," McCoy said after the game. "I'm a captain. I gotta be more accountable. It's as simple as that. He checked me. Put me in my place. That's it."

McDermott didn't comment on McCoy's benching, but said the Bills' running game as a whole left much to be desired.

"I just think overall, I expected us to be able to run the ball more or better than we did today," McDermott said after his team was outgained 273-72 on the ground.

"When teams don't get their run games going, it's tough for them to win football games," said Allen, who went 20 for 41 with 217 yards, a touchdown and two interceptions.

The 30-year-old McCoy has one more season remaining of a five-year contract with the Bills. He has 488 yards and two touchdowns on 151 carries along with 32 catches for 220 yards in 13 games this season.

The former second-round pick's production has waned since his Philadelphia days, when he established himself as an elite NFL rusher over six seasons with the Eagles from 2009 to 2014.

McCoy has eclipsed 1,000 yards rushing in two of his four seasons since being traded to Buffalo in 2015, but is on pace for career lows in yards and touchdowns.

McCoy's age, declining production and clash with McDermott put his future with Buffalo in doubt.

"We had an issue. He corrected me. That's all," McCoy said.

The Bills dropped to 5-10 and close out their season at home against Miami next Sunday.

( Fixes McCoy's contract to having one more year remaining. )