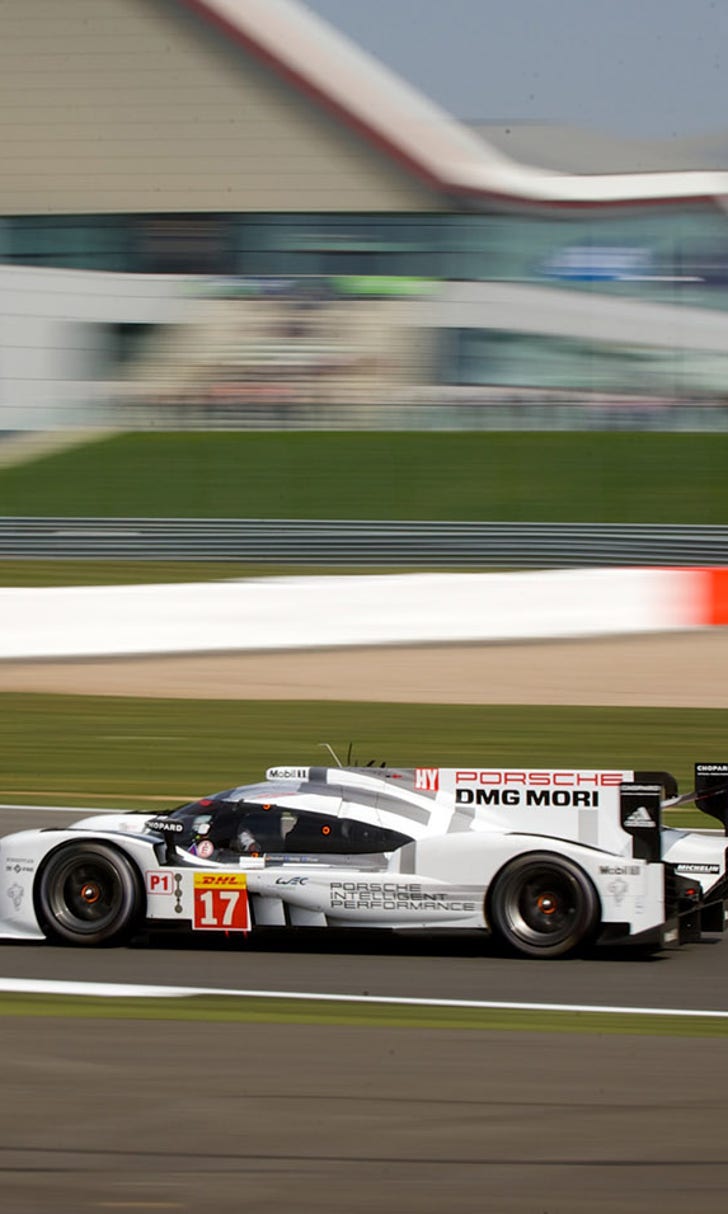 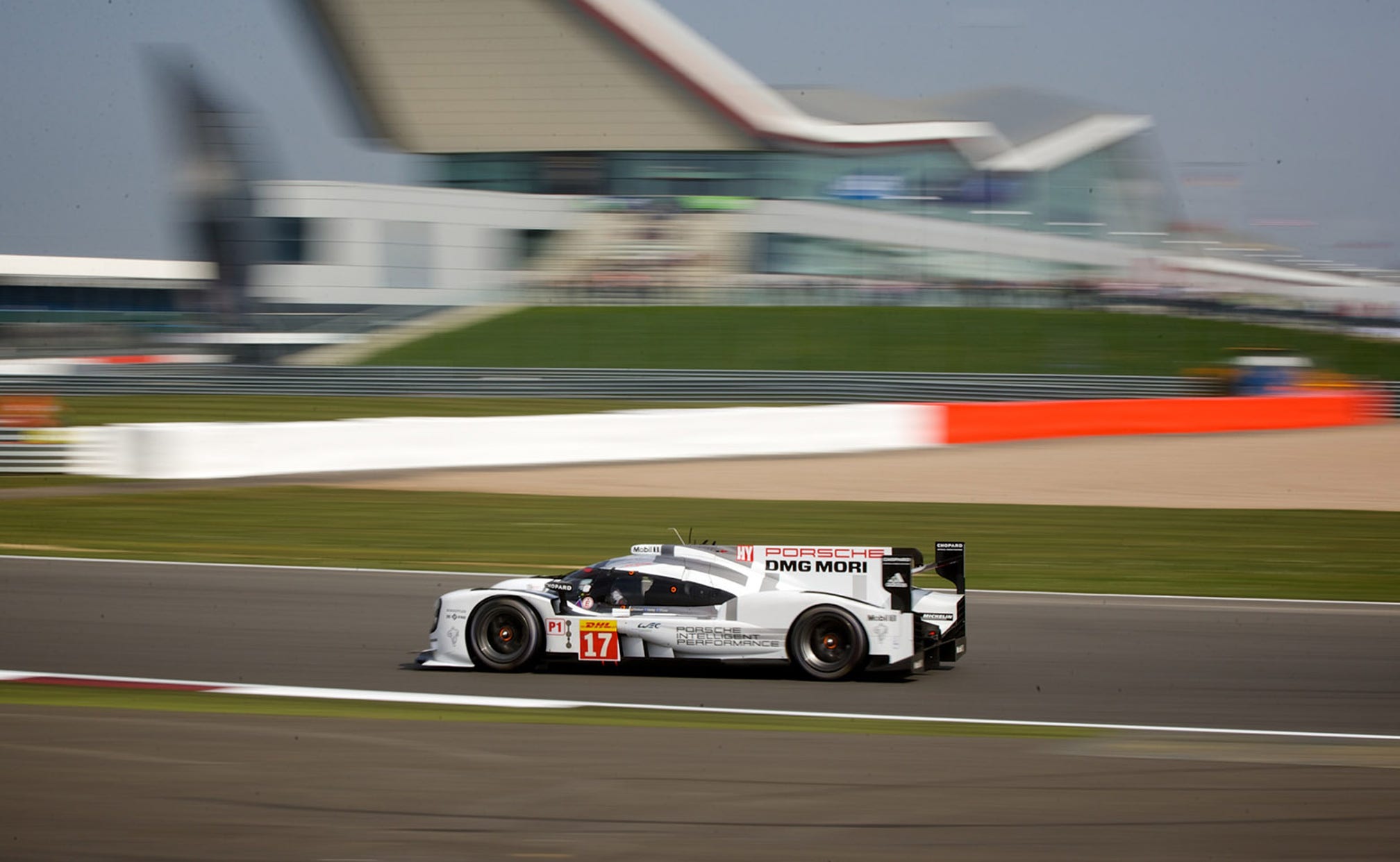 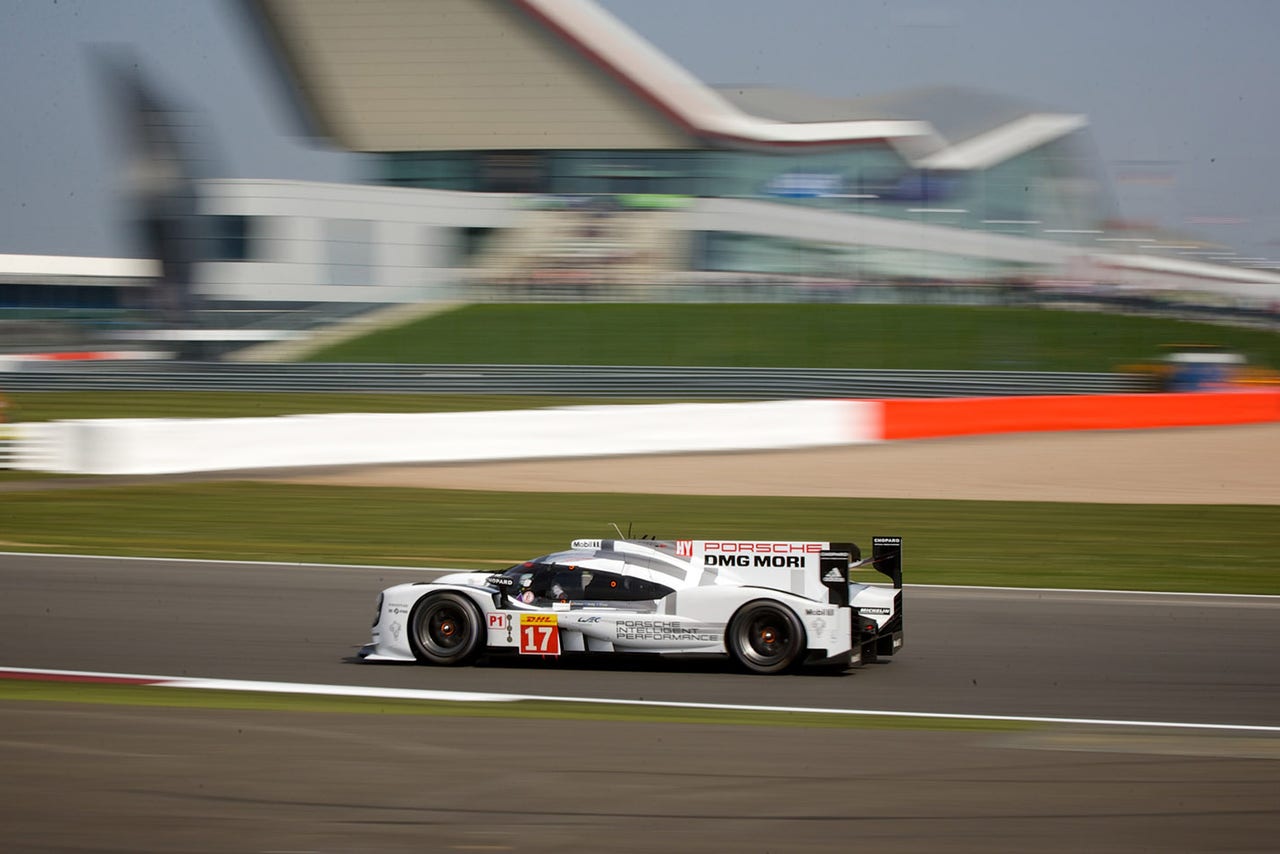 Porsche will start Sunday's Six Hours of Silverstone from the pole, following a sweep of the front row for the German manufacturer in the season-opening round of the FIA World Endurance Championship.

Brendon Hartley and Mark Webber took their No. 17 Porsche 919 Hybrid to a best two-lap average of 1:39.721, outpacing their sister entry by more than six-tenths in the revised-for-2015 qualifying format.

It marked a dominant run for the second-year LMP1 operation, capitalizing on the single-lap advantage of its 8 MJ hybrid system, and also using two sets of tires, another new option allowed this year.

Hartley and Webber will share driving duties with Timo Bernhard in Sunday's opening round.

Neel Jani and Romain Dumas combined for a 1:40.340 average in their No. 18 Porsche, which edged out the Oliver Jarvis and Lucas Di Grassi-qualified No. 8 Audi R18 e-tron quattro by just 0.012 seconds.

The No. 1 Toyota TS040 Hybrid of Anthony Davidson and Kazuki Nakajima was 0.030 seconds further back in fourth, while the No. 7 Audi, qualified by Andre Lotterer and Marcel Fassler, completed the top-five.

It gave the OAK Racing-run squad a dominant qualifying effort, with the closest competitor, the No. 47 KCMG Oreca 05 Nissan, more than 1.3 seconds behind.

2013 LMP2 World Champion Gonzalez and Derani will share the wheel of their entry with Gustavo Yacaman on Sunday.

The No. 30 Tequila Patron HPD ARX-03b of Ryan Dalziel and David Heinemeier Hansson completed the top-five in class, but a distant 3.5 seconds from the new-generation LMP2 coupes.

Aston Martin Racing swept qualifying honors in both GTE classes, including a 1-2-3 lockout in GTE-Pro.

The No. 95 Aston Martin Vantage V8 of Nicki Thiim and Marco Sorensen combined for a two-lap best average of 1:59.970, which has put the all-Danish lineup entry on the GTE-Pro pole in its class debut.

Their time was 0.205 seconds quicker than the Richie Stanaway and Fernando Rees-qualified No. 99 Aston Martin, with the No. 97 entry of Darren Turner and Stefan Muecke recording the third quickest time in the 20-minute session.

Pole-sitters Thiim and Sorensen will share driving duties with Christoffer Nygaard on Sunday.

The No. 91 Porsche Team Manthey Porsche 911 RSR of Richard Lietz and Michael Christensen was the best of the rest in GTE-Pro, with the duo recording a 2:00.651 average.

Defending class champions Gianmaria Bruni and Toni Vilander completed the top-five in class in their No. 51 AF Corse Ferrari F458 Italia GT, although more than seven-tenths slower than the pace-setting Aston.

Pedro Lamy and Paul Dalla Lana, meanwhile, took their No. 98 Aston Martin to the pole in GTE-Am, completing a near perfect day for the British manufacturer.

The pairing combined for a 2:01.998 average, outpacing the No. 50 Larbre Competition Corvette C7.R of Paolo Ruberti and Kristain Poulsen by nearly one second.

It marked Dalla Lana's first pole in his FIA WEC qualifying debut, thanks to a new rule for the LMP2 and GTE-Am class mandating the team's Bronze or Silver-rated driver be one of the two nominated qualifying drivers.

Dalla Lana and Lamy will be joined by Mathias Lauda in the No. 98 Aston on Sunday.