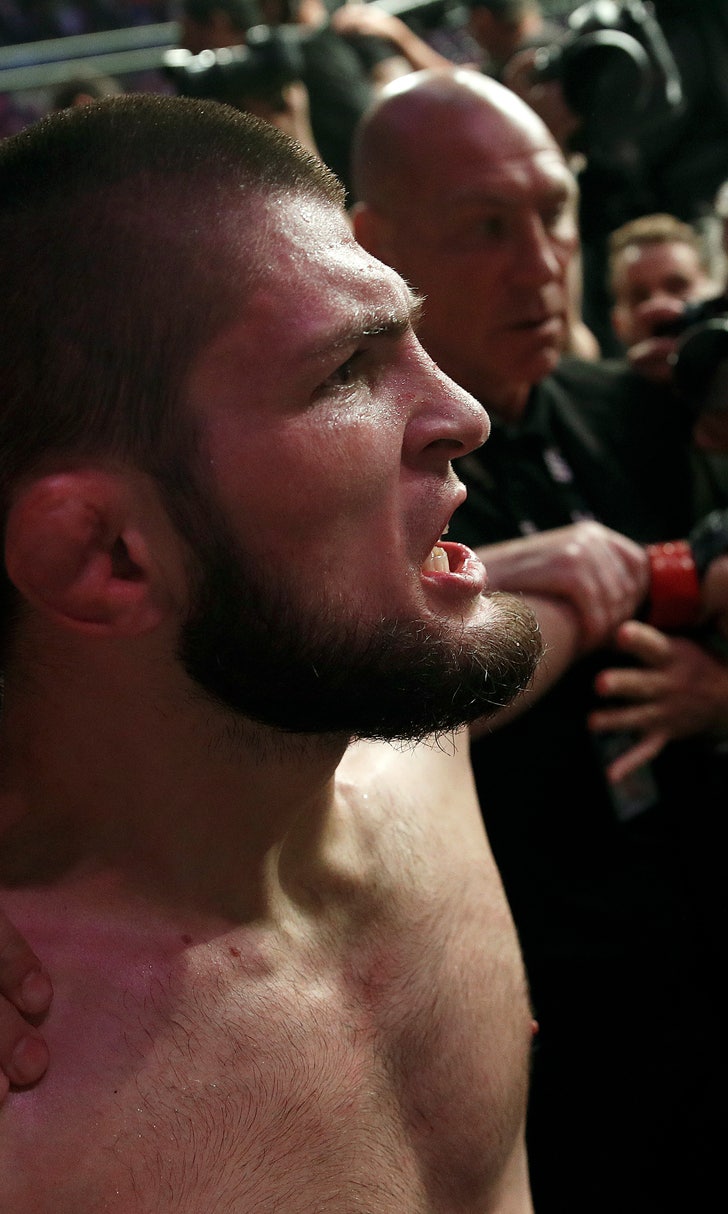 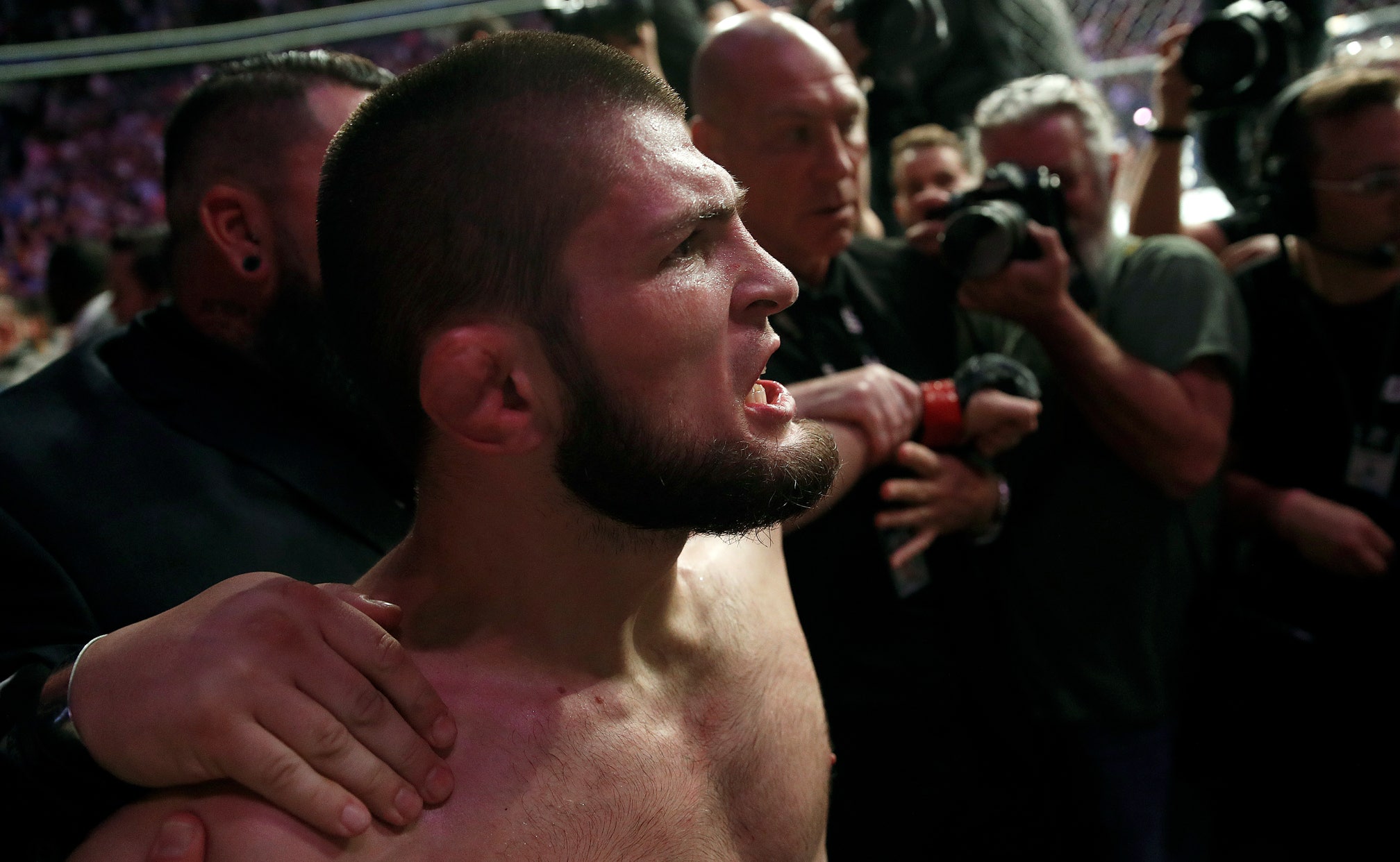 LAS VEGAS (AP) — UFC fighters Khabib Nurmagomedov and Conor McGregor are being suspended by the Nevada Athletic Commission for a brawl that erupted inside and outside the octagon after their lightweight title fight last weekend in Las Vegas, an official said.

A commission investigation is pending and the panel can extend the temporary suspension when it meets Oct. 24, Bennett said. Nurmagomedov and McGregor could also appeal Bennett's executive action at that time.

Nurmagomedov, who was praised by Russian President Vladimir Putin during a meeting Wednesday in Moscow, responded with an angry Instagram post saying he was being unfairly punished.

The fighter complained that discipline didn't follow an incident last April in Brooklyn, New York, when McGregor shattered windows of Nurmagomedov's bus with a hand truck after Nurmagomedov confronted one of McGregor's teammates days earlier.

"They could have killed someone there, why no one says anything about insulting my homeland, religion, nation, family?" Nurmagomedov posted. "We have defended our honor and this is the most important thing. We intend to go to the end."

"It will be clear who and where the blame lies," Attar said in a statement. "We are focused on the future."

Nurmagomedov's manager, Ali Abdelaziz at Dominance MMA Management, did not immediately respond to emails. Abdelaziz's telephone was not accepting messages.

However, Fighting erupted outside the octagon late Saturday, after McGregor (21-4) tapped out during a chokehold by Nurmagomedov (27-0) in the fourth round of UFC 229 at T-Mobile Arena.

The Russian champion from Dagestan then stepped away from McGregor, climbed over the cage and scuffled with a fighter in the Irishman's corner.

Members of Nurmagomedov's entourage climbed into the octagon and attacked McGregor, and McGregor also tried to climb out of the cage during the brawl.

Nurmagomedov's $2 million for the fight has been withheld by the commission pending the outcome of the investigation, Bennett said. McGregor received his $3 million purse.

"You can keep my money that you are withholding," Nurmagomedov posted. "I hope it won't get stuck in your throat."

White said the UFC might strip the lightweight title from Nurmagomedov.