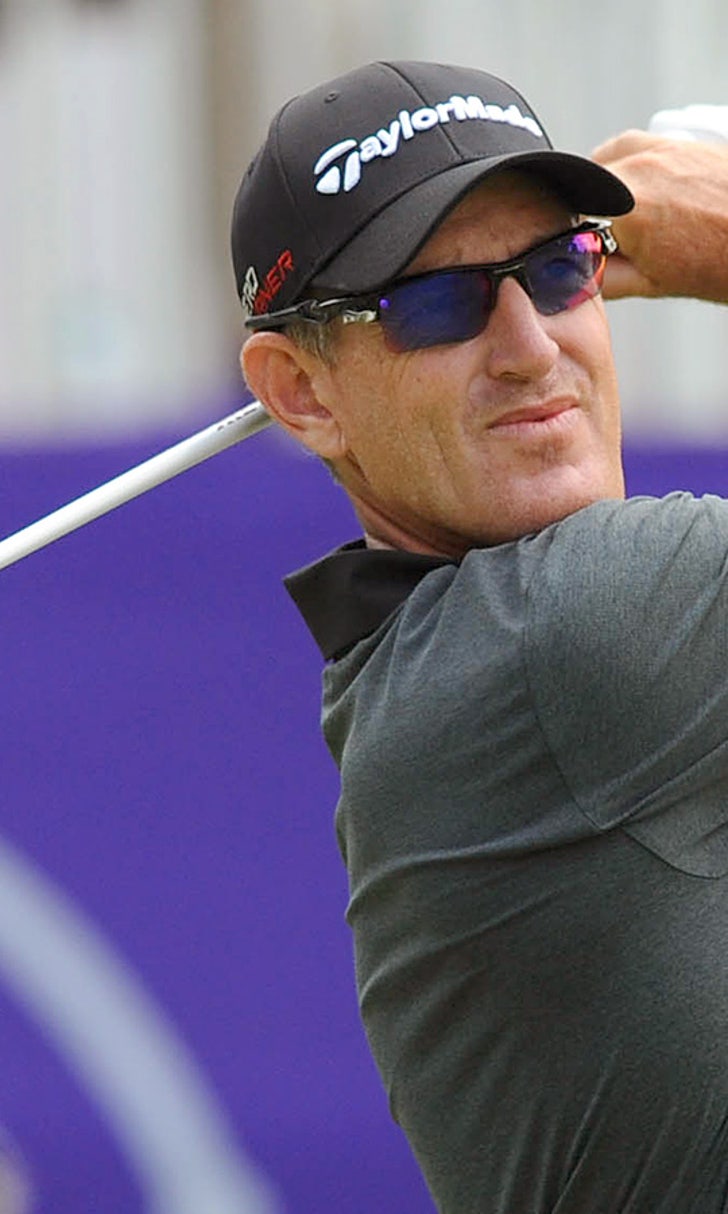 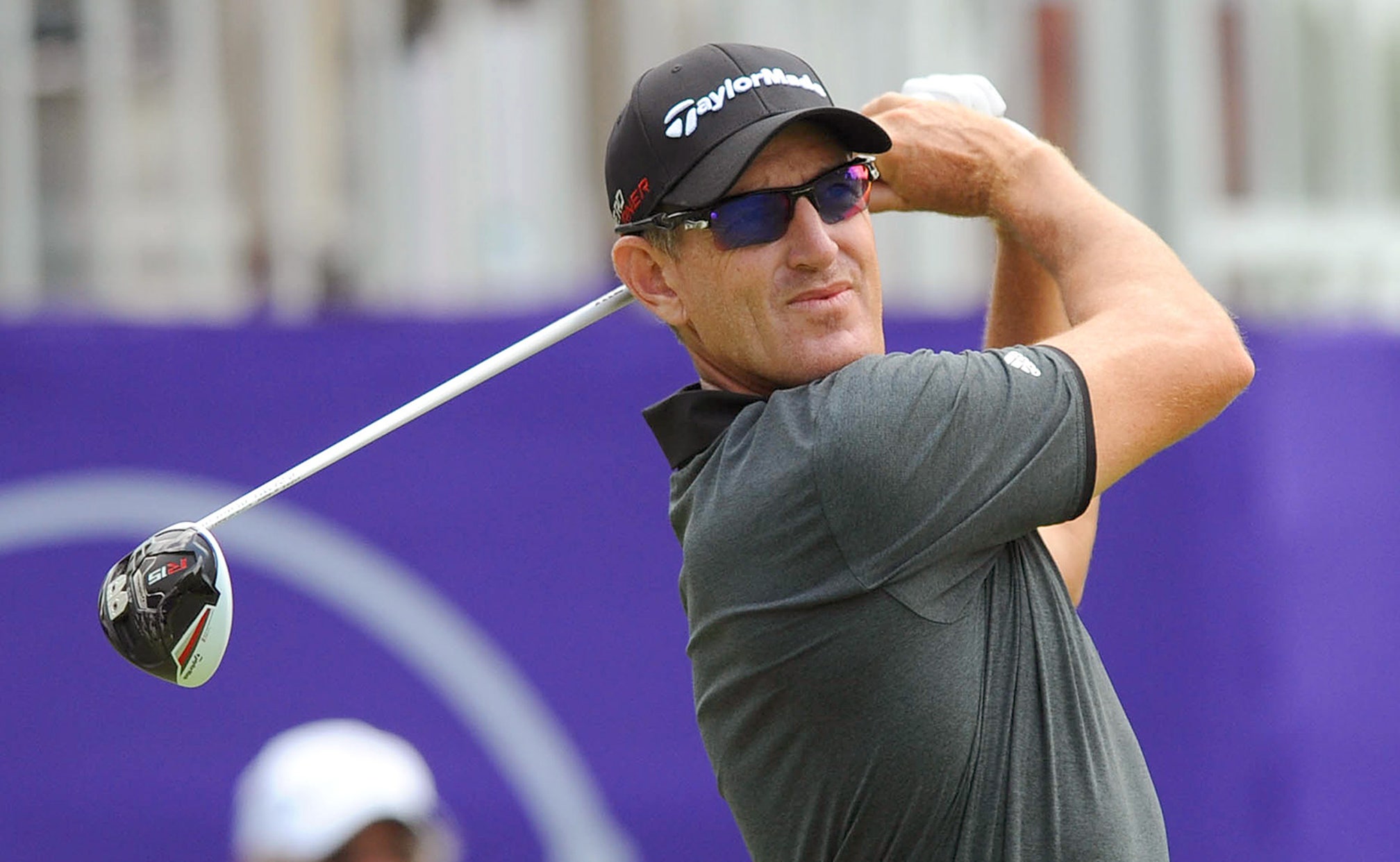 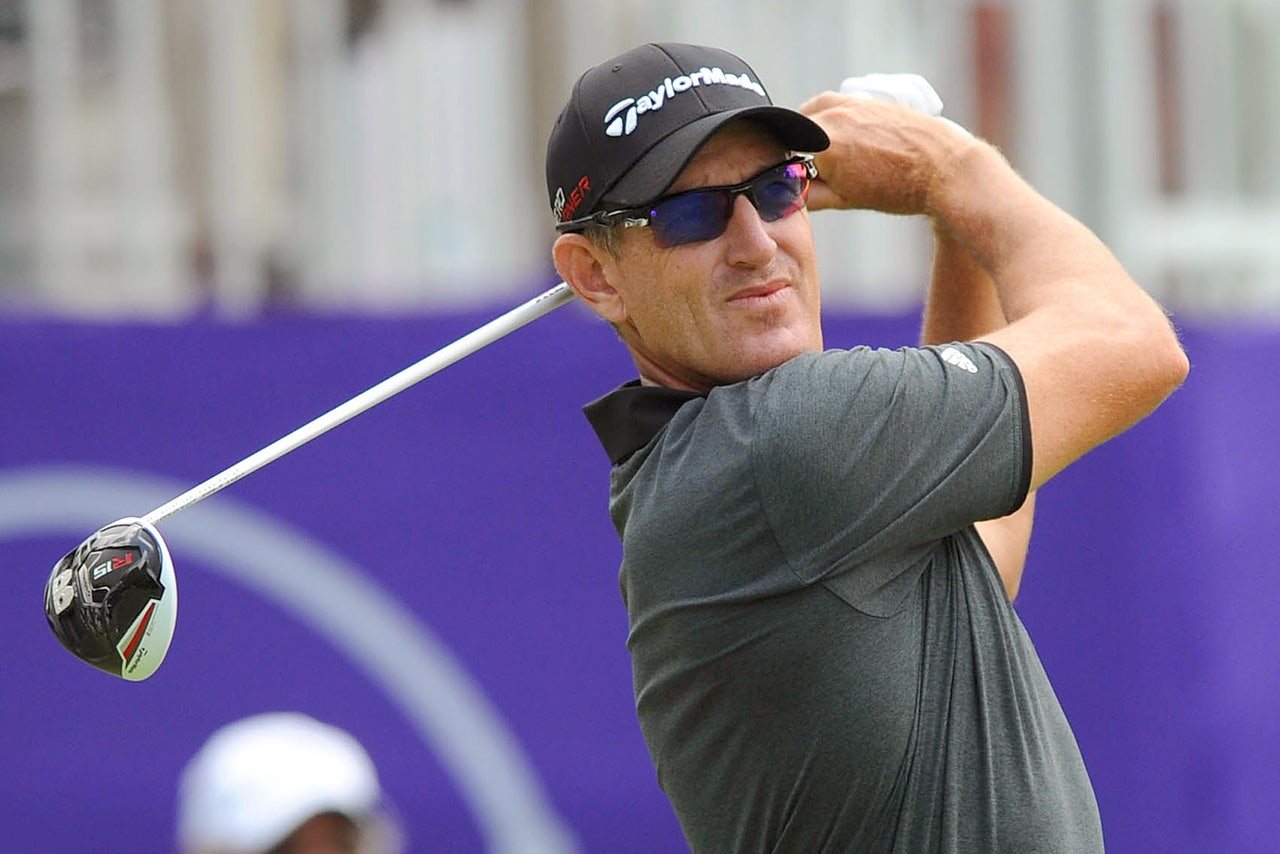 England's Greg Owen has never had a piece of a 54-hole lead on the PGA Tour. Now he hopes he can stay relaxed with the great short game that has him in position to win his first title in his 214th tour event.

And winning would mean so much more than simply having a title on every tour Owen's ever played.

''Just a huge, huge relief that what you've been striving for your whole life you can say you've achieved,'' Owen said Saturday.

Owen and Fabian Gomez of Argentina each shot a 3-under-par 67 to share a one-stroke lead after 54 holes at the St. Jude Classic, tied at 9-under 201 total.

Swirling wind and tough pins kept everyone guessing on a hectic day at TPC Southwind, where as many as six players had a piece of the lead.

Both Owen and Gomez putted well on the firm greens despite hitting only 11 of 18 greens. Owen needed 26 putts in making four birdies and one bogey, while Gomez had 24 putts despite three bogeys. He had six birdies.

''I'm reading them well, and my pace is good and I feel good with the putter,'' Owen said. ''I've been working hard.''

Gomez credited hitting his driver well and finding fairways with leaving him plenty of short putts.

''I've been working since the beginning of the year,'' Gomez said through a translator. ''You know when you make some putts, the confidence gets higher and the game is easier.''

Brooks Koepka had at least a piece of the lead through the first two rounds and got to 10 under. He finished with a 71 and was tied with Scott Brown (68) for second at 202.

''It was swirling, swirling so much we couldn't even figure out a wind direction,'' Koepka said. ''We knew it was coming from the south. Downwind, threw grass up, hit you in the face two seconds later. You never really knew where the wind was.''

Owen, 43, who lives in Florida, has struggled this season, missing five of 12 cuts on tour. His best career finish is second at the 2006 Arnold Palmer Invitational, but his best result this season is a tie for 22nd last November at the Sanderson Farms Championship. He knows this might be his best, last chance at a PGA title.

''I'm in a position where this year my career is probably on the down spiral a little bit,'' Owen said. ''It's very upsetting to say that. There's a lot of young kids coming through. You got to be game. It's a different game from when I started.''

His lone bogey came at No. 10, and Owen, who shared the 18-hole lead with Koepka and Ryan Palmer, moved atop the leaderboard with Gomez when he birdied the par-3 No. 14 from 11 feet. He also finished with a birdie on No. 18 after hitting his approach to 5 feet.

Gomez, 36, is from the same town in Argentina as Jose Coceres, whom he counts as a mentor. He also has played many rounds with Angel Cabrera the past few years. Gomez tied Jordan Spieth for second at the 2013 Puerto Rico Open, where he had a piece of the 54-hole lead.

''Obviously for me to win on the PGA Tour is like a dream come true, and tomorrow is going to be a really exciting day,'' Gomez said. ''And you know it's a day that you don't have to think too much about the situation and try to play the same way that you played the last few days.''

Gomez birdied four of five holes through No. 6 to grab a piece of the lead at 9 under, and he stayed atop the leaderboard for seven holes. He bogeyed No. 11 after hitting into a back bunker on the par-3 island green, and bogeyed No. 13. He birdied Nos. 15 and 16, getting back to 9 under.

DIVOTS: Seven of the last nine champions at this event, sponsored by FedEx, have come from behind to win. ... Cook, a 24-year-old Arkansas native playing just his fourth PGA event, had a share of the lead at 8 under through 13 holes. But he hit his tee shot into the water on the par-3 14th. ... Steven Alker of New Zealand also had the lead at 9 under when he eagled the par-5 No. 3, holing out from 17 yards from the rough just off the front of the green. But he shot a 74 and was at 207.