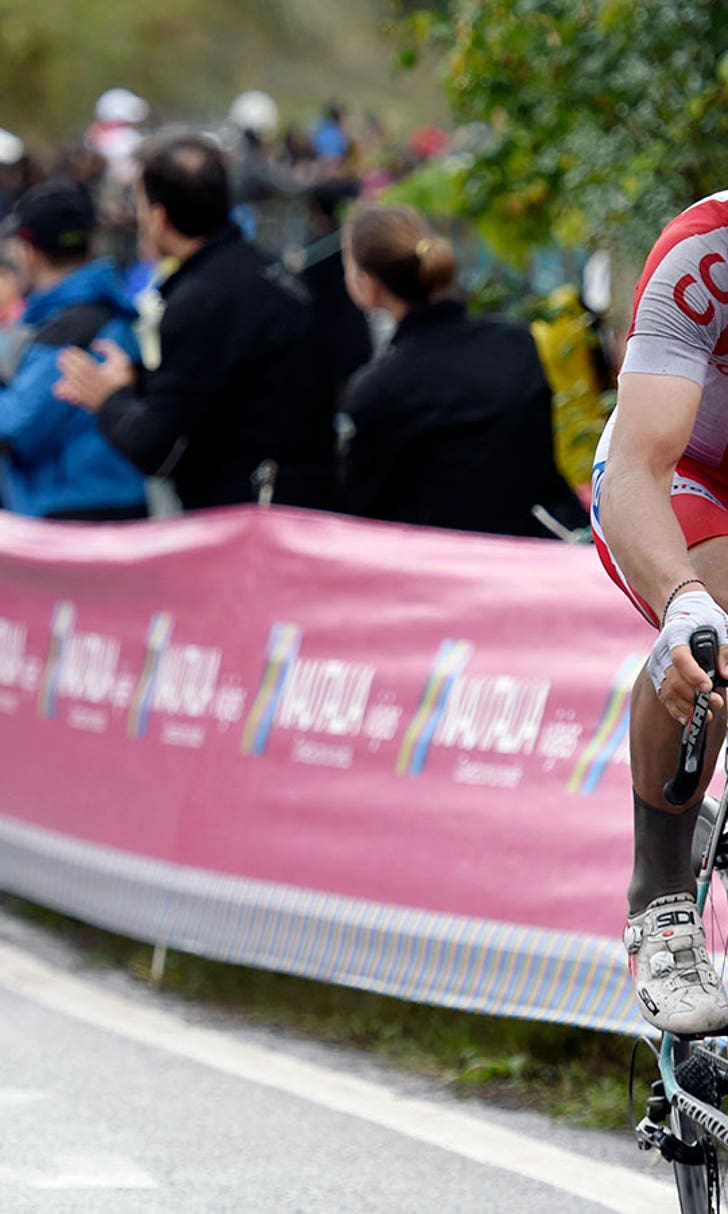 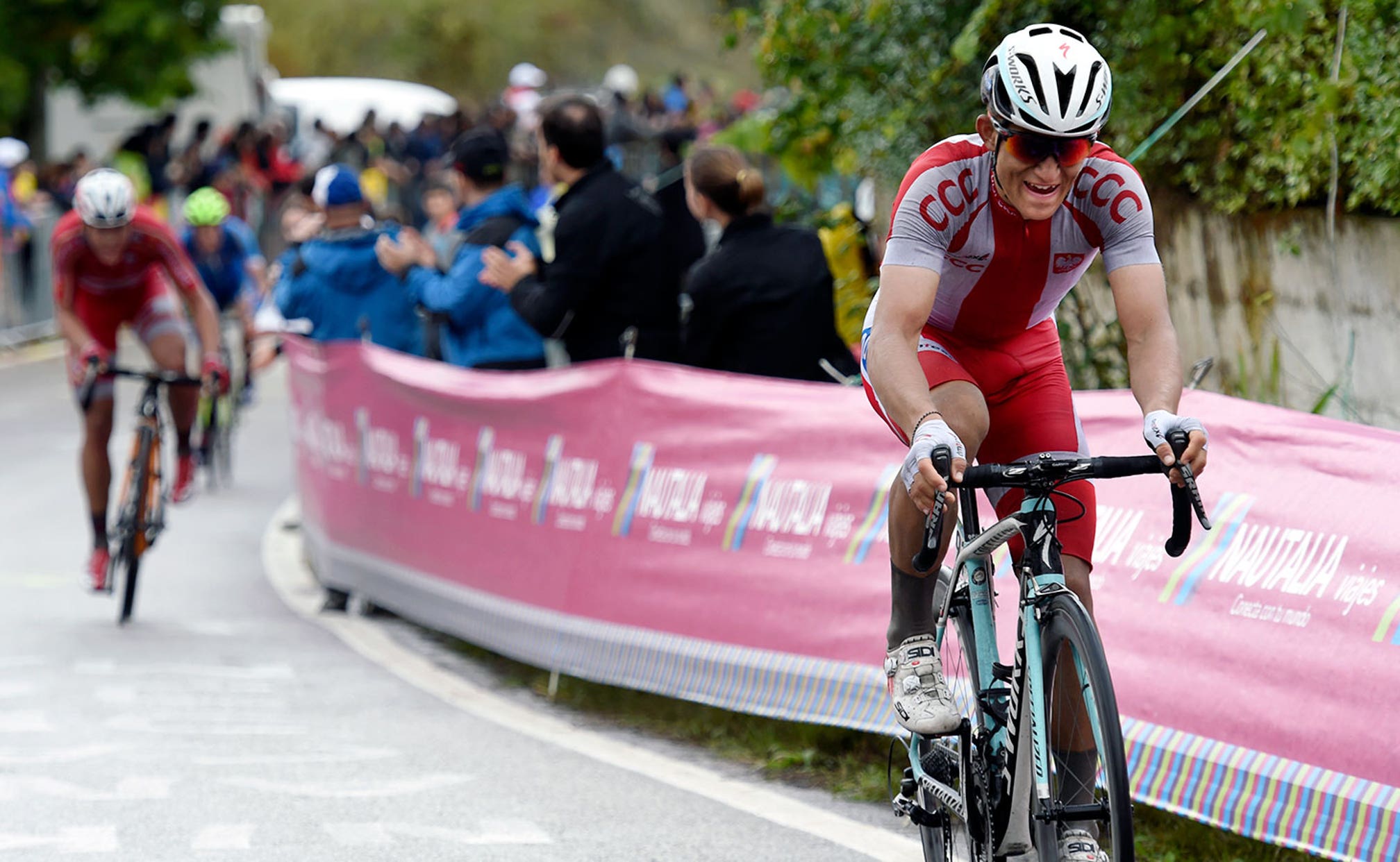 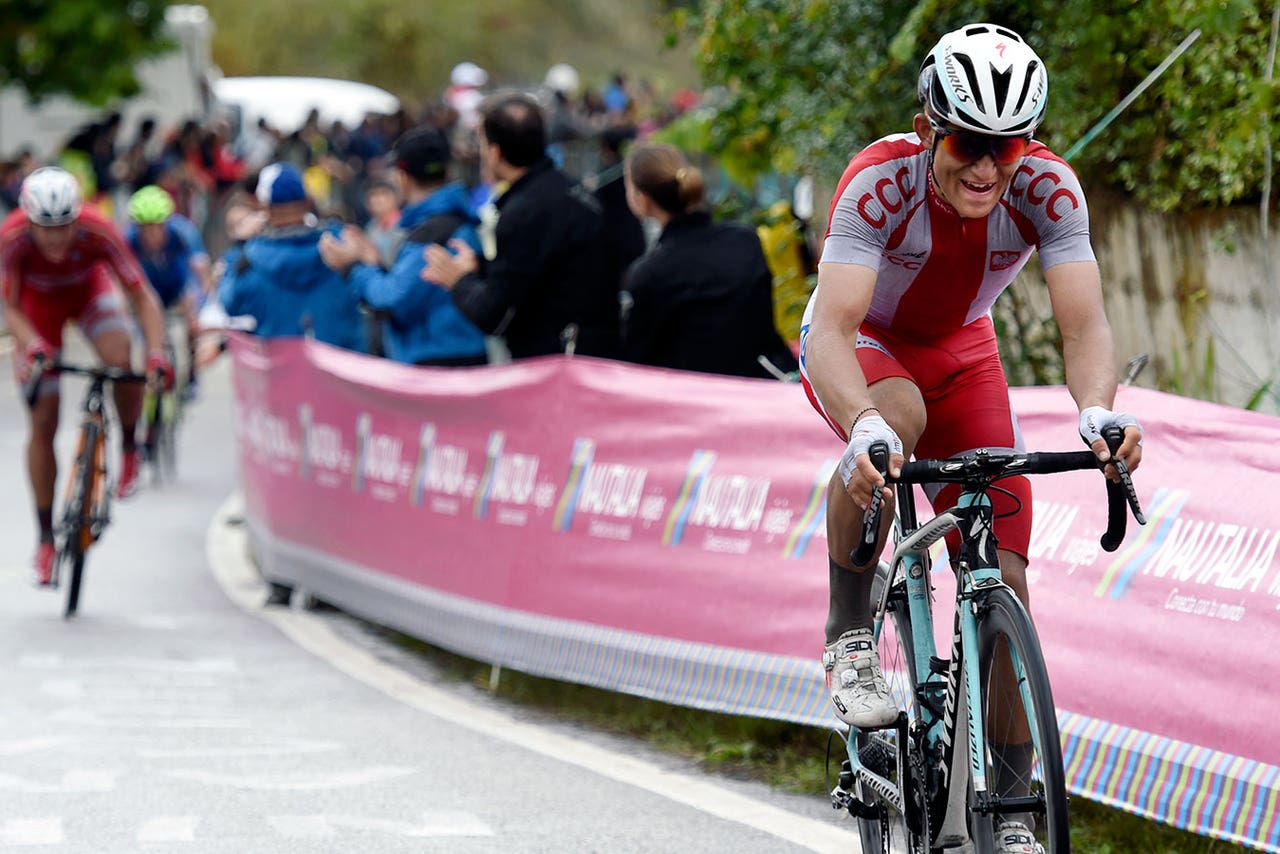 Michal Kwiatkowski of Poland pulled away from a star-studded field to win a grueling road race at the cycling world championships on Sunday.

Catching the race favorites eying one another, Kwiatkowski slipped away from the peloton near the end to join a breakaway group of four riders and didn't stop, staying ahead of the chasers on the final descent.

The 24-year-old Kwiatkowski had time to stop pedaling and lift his arms in celebration of his country's first gold medal in the event. The Pole finished the rainy 158.3-mile ride that started in the midst of heavy fog in 6-1/2 hours.

''I was feeling right on the last lap,'' Kwiatkowski said. ''I was just going for the win and I tried to risk it because I saw that some of the riders were still calculating. I didn't and I won. This is incredible.''

Simon Gerrans of Australia edged ahead of four others for the silver, one second behind Kwiatkowski. Spaniard Alejandro Valverde was third for the third straight year.

Gerrans said it was hard to watch Kwiatkowski cross first.

''Honestly, I wanted to cry when I crossed the finish line,'' Gerrans said. ''To be so close and see it slip away is very disappointing.''

The 14 laps of the 18.2-kilometer route on well-paved roads took riders by a Templar castle in the city of Ponferrada and through its hilly surroundings in northern Spain. The course featured two short climbs, but the trickiest part was its long descent back into the city because of the wet surface.

The course was long but not very demanding, meaning that most of the strongest riders arrived in position to challenge for the title.

Even so, former Tour de France winner Chris Froome withdrew with less than three laps to go after falling behind the peloton. The British rider also failed to finish last year's race in Florence, Italy.

Just when the sun had started to shine after a rainy morning, Tour winner Vincenzo Nibali fell in a low-speed crash involving a handful of riders. The Italian appeared unhurt and was able to join the peloton, but couldn't contend for the win.

An early group of four escapees opened up an advantage of almost 15 minutes, but it was slowly reeled in by a peloton led for a long stretch by the Polish team.

''I am really thankful for my mates for what they did at the beginning,'' Kwiatkowski said. ''We decided to continue riding and stay at the front. I said right from the start that there is no time to wait, we have to lead the peloton because that was our best chance.''

Germany's Tony Martin, dethroned as time trial champion by Bradley Wiggins, tried a solo effort with three laps to go. He too was caught by a small group that then relented and let the rest catch up.

Seeing Kwiatkowski speed away, Joaquim Rodriguez attacked on the last climb to try and catch him. Nibali couldn't keep up, but Valverde, Gerrans and Philippe Gilbert quickly joined in, forming a formidable pack of pursuers.

But even though Kwiatkowski never opened up a gap of more than nine seconds, it was enough time for him to pull off the surprise.

''I knew that it was possible to arrive in a smaller group, especially in the rain, because it was really risky,'' Kwiatkowski said.

It was Valverde's record sixth medal in the event. The 34-year-old veteran now has two silvers and four bronzes, but he again came up short of winning an elusive gold.

''(The course) wasn't hard enough for me to be able to fight for the win,'' said Valverde. ''It was very difficult to get a medal and although I would have liked the gold, I had a mission and I accomplished it.''