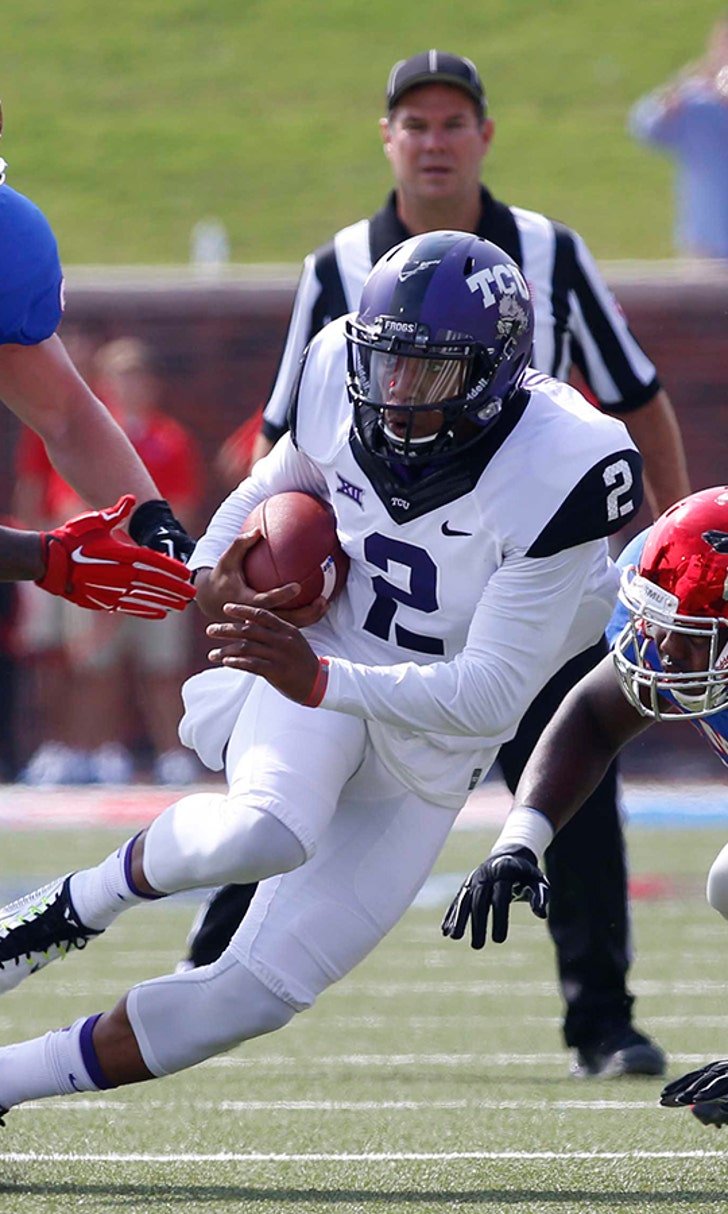 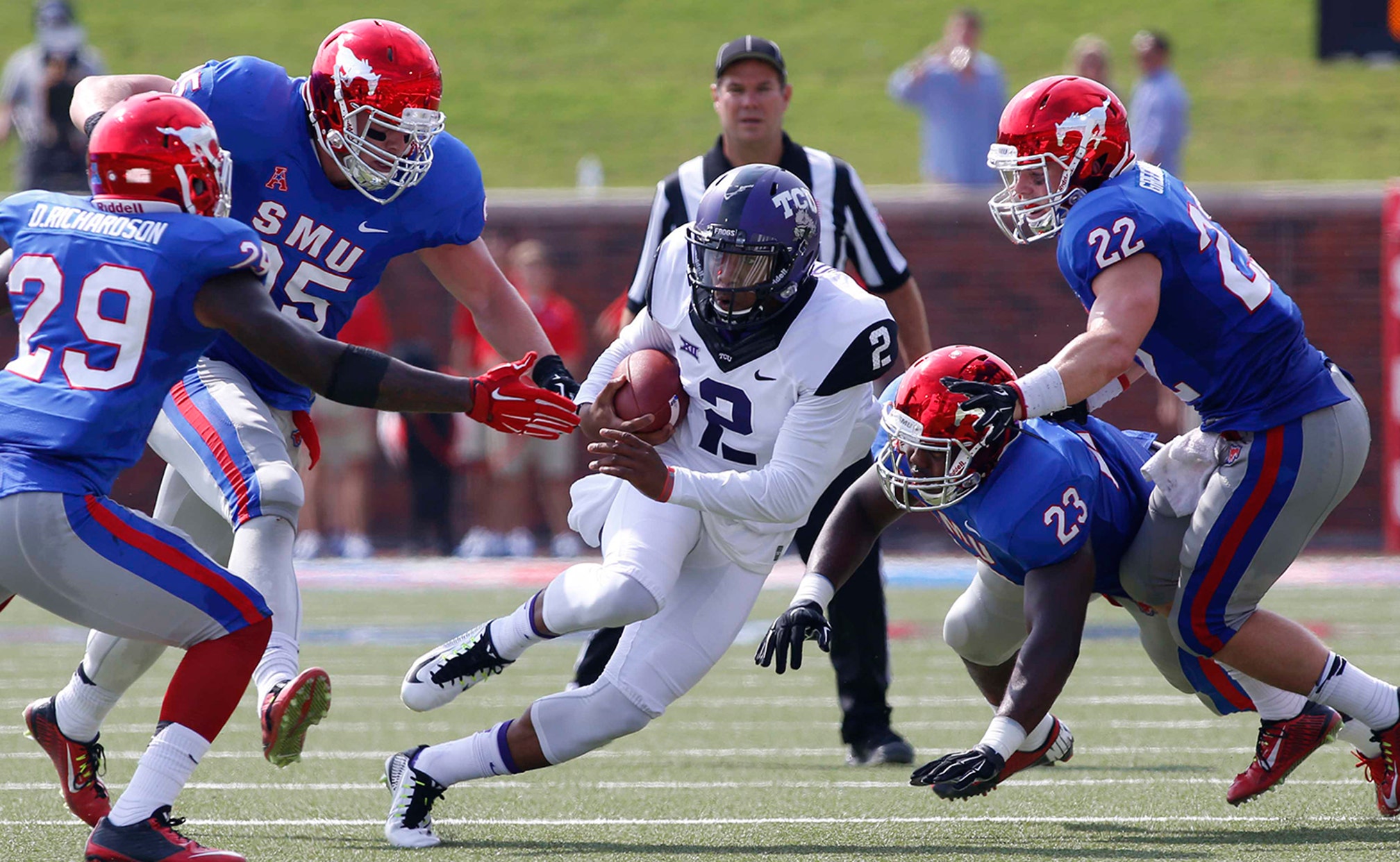 Watch TCU and SMU team up for one awesomely bad play

There was a safety in the TCU-SMU game that was negated by an offsides, and as terrible as that sounds, it was kind of great.

On the one hand, between the premature jump that started things off to the bad snap to the terrible last-ditch throw, everyone on the field should be a little ashamed.

On the other, we can't stop looking this GIF. It's the car wreck of plays. And TCU QB Trevone Boykin would probably have trouble recreating that double-bounce off the goal post if he tried.

Anyway, thanks to SB Nation for putting this together: