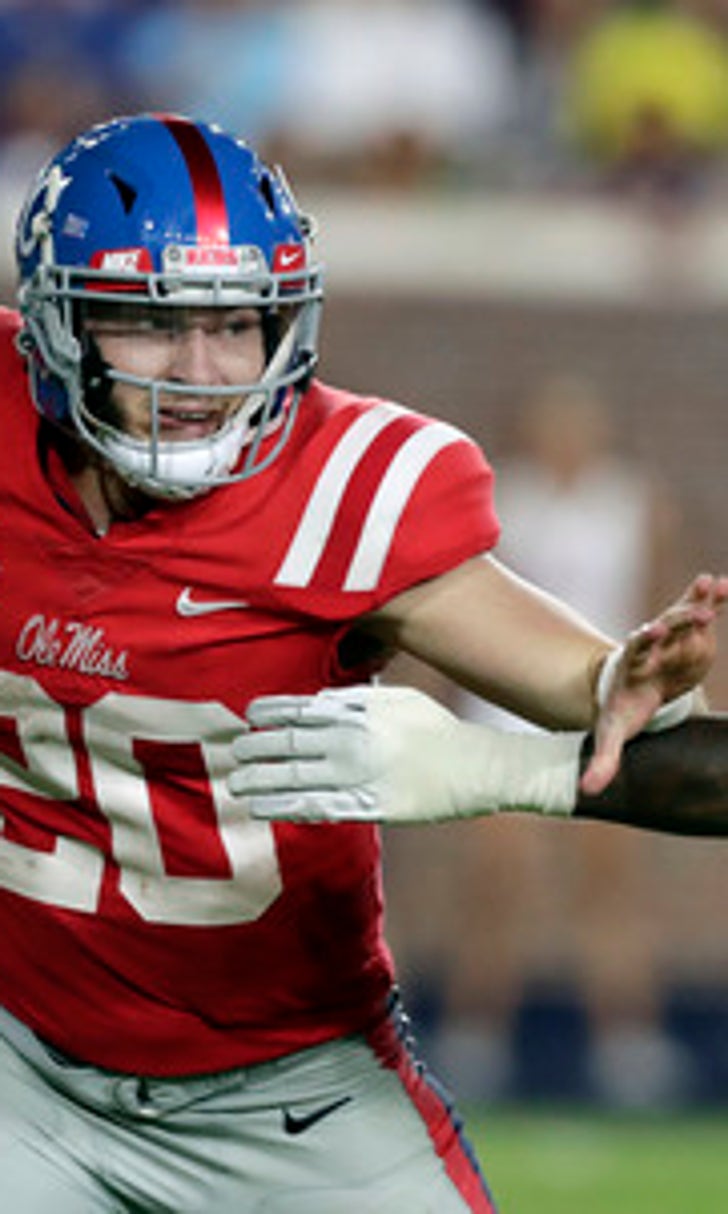 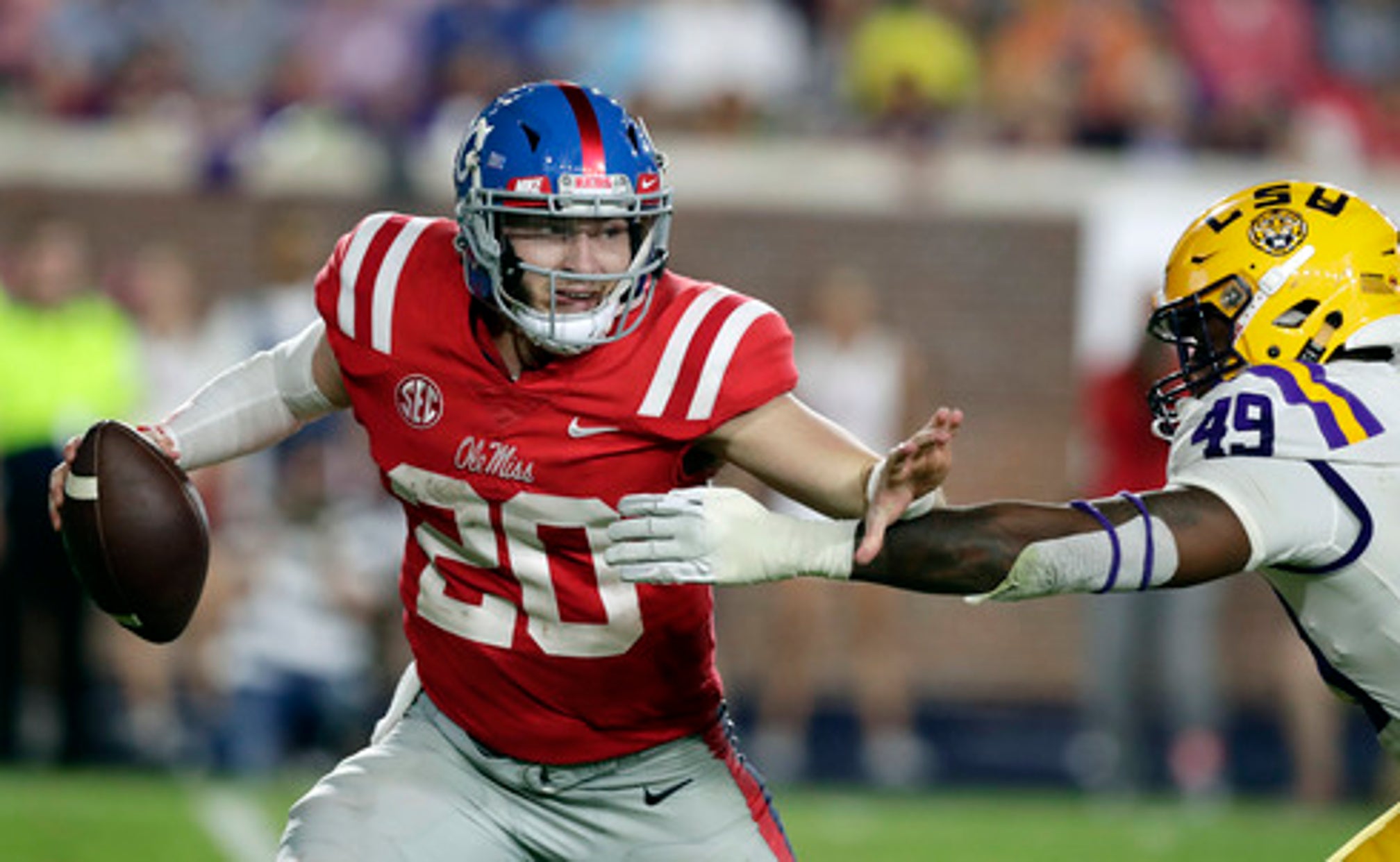 OXFORD, Miss. (AP) Mississippi quarterback Shea Patterson will miss the rest of the season with a knee injury.

The school announced on Sunday that an MRI revealed a torn posterior cruciate ligament in Patterson's right knee. The sophomore appeared to suffer the injury during the second quarter of the Rebels' 40-24 loss to No. 24 LSU on Saturday night.

He missed the final offensive drive of the first half, leaving to go to the locker room a few minutes before halftime, but returned to play during the second half with a brace on his right knee.

Patterson is leading the Southeastern Conference with 2,259 yards passing. His likely replacement is junior Jordan Ta'amu, who played in Patterson's absence against LSU.