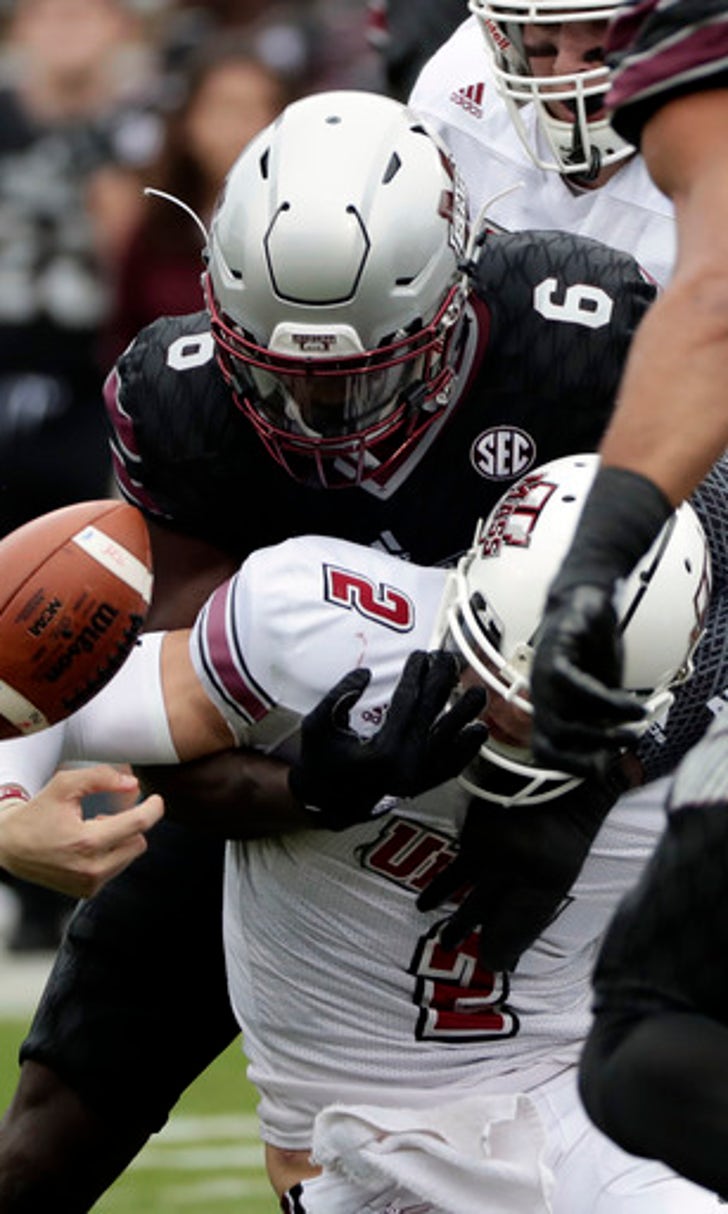 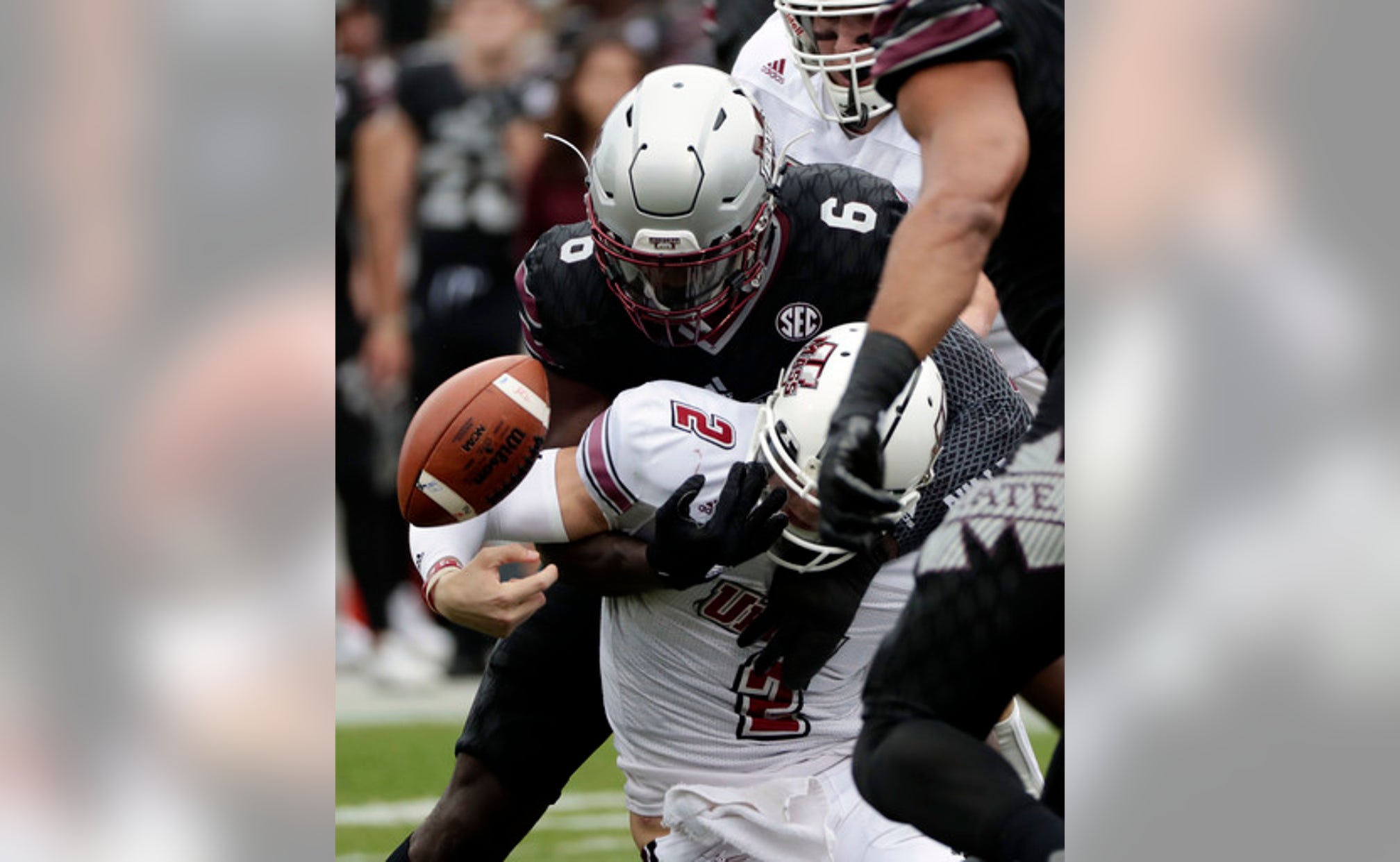 STARKVILLE, Miss. (AP) Mississippi State is one week away from challenging the king of the Southeastern Conference.

The Bulldogs' performance against UMass on Saturday didn't inspire a whole lot of confidence.

No. 21 Mississippi State rallied to beat UMass 34-23, bouncing back from a 20-13 halftime deficit to win its fourth straight game.

The Bulldogs (7-2, CFP No. 16) were 31-point favorites coming into Saturday, but it wasn't until Deddrick Thomas returned a punt 83 yards for a touchdown with five minutes remaining in the fourth quarter that they could be confident in a positive confident. Mississippi State will likely have to be much, much better when it hosts defending SEC champion Alabama next Saturday.

''We came out and didn't perform to our standards in that first half,'' Mississippi State coach Dan Mullen said. ''It happens for kids sometimes. But they buckled down for the second half.''

Mississippi State's Nick Fitzgerald was a big reason for the comeback. The 6-foot-5, 230-pounder muscled his way to two rushing touchdowns in the third quarter to help the Bulldogs take a 27-20 lead. Fitzgerald finished with 135 yards rushing.

UMass pulled within 27-23 on a short field goal in the fourth quarter, but couldn't capitalize on the momentum. The Minutemen (2-7) had the ball later in the fourth quarter with a chance to drive for the go-ahead score, but went three-and-out. That's when Mississippi State's Thomas returned the ensuing punt 83 yards for the touchdown to put the game away.

''We got where we wanted to go, but Mississippi State was just too tough,'' UMass coach Mark Whipple said. ''The punt return really hurt us at the end.''

Mississippi State looked like it might win easily in the opening minutes after J.T. Gray picked off a UMass pass and took it back 58 yards for a touchdown and a 7-0 lead.

But the Bulldogs' offense never looked comfortable in the first half and an ill-advised pass by Fitzgerald during the second quarter went straight to UMass' Isaiah Rodgers, who returned it 29 yards for a touchdown. Suddenly, the Minutemen had a 13-10 lead.

UMass built a 20-13 advantage by halftime after a 69-yard touchdown pass from Ross Comis to Andy Isabella. Comis, who was starting just his second game of the season because of an injury to starter Andrew Ford, threw for 223 yards, one touchdown and one interception.

UMass' Marquis Young, who ran for 91 yards on 11 carries, said the Minutemen were able to make some big plays, but crucial mistakes were too much to overcome.

''We don't want moral victories,'' Young said. ''We respect our opponents and we respect the SEC, but we want to win and something back with us that our fans can get just as excited about.''

UMass: The Minutemen, who lost to Tennessee 17-13 in September , provided tough competition for an SEC opponent for the second time this year. The first half was something to savor for UMass, but Mississippi State eventually proved too much to handle. Isabella had a huge game, catching seven passes for 158 yards and a touchdown.

Mississippi St: The Bulldogs rallied for the win, but it was a lackluster performance heading into a big game vs. Alabama next week. Fitzgerald is one of the nation's best running QBs, but his lack of consistency when throwing is troubling. Part of that is because several of the Bulldogs' best receivers - including Donald Gray - are out with injuries. It's almost certain the Crimson Tide will try to make Fitzgerald beat them through the air.