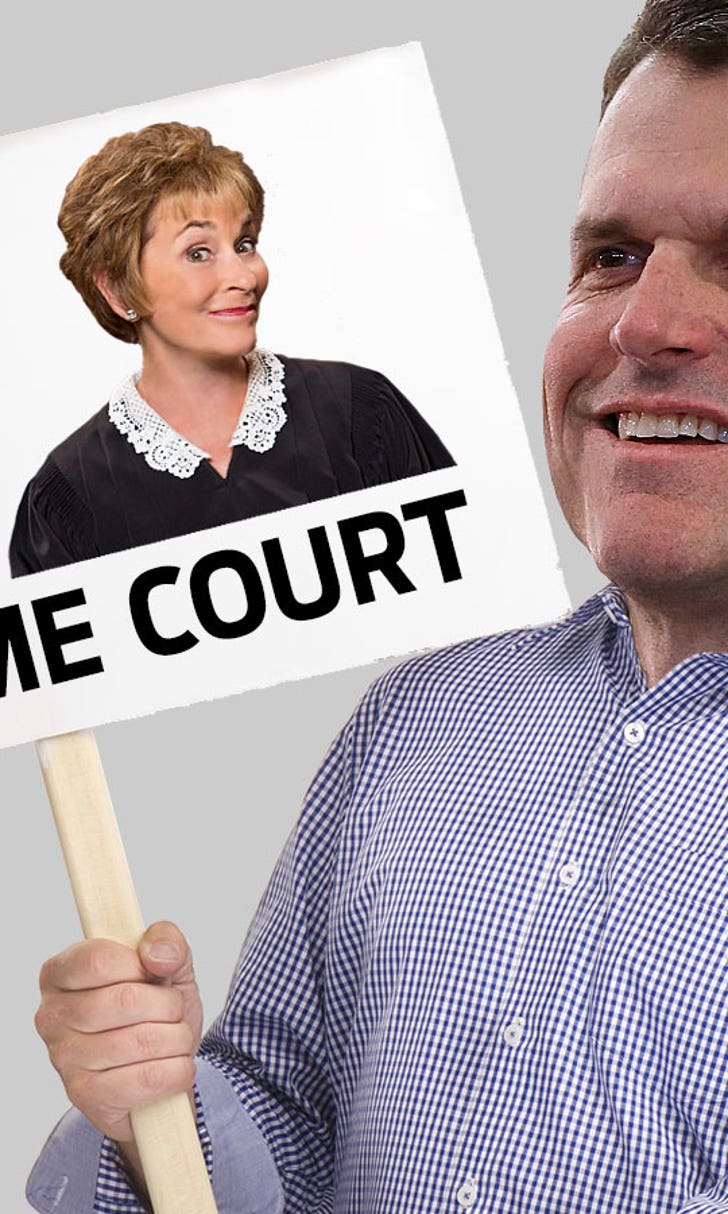 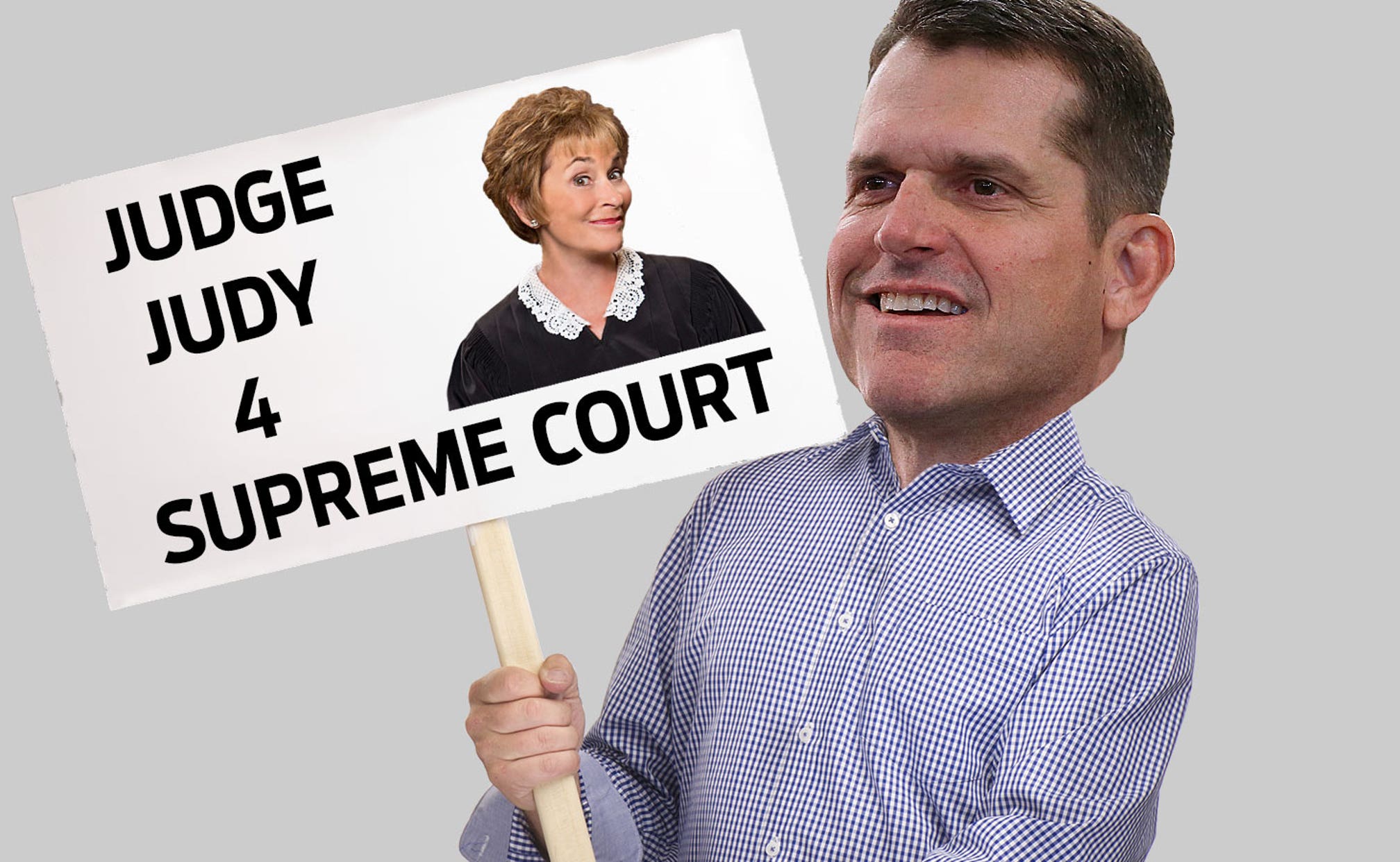 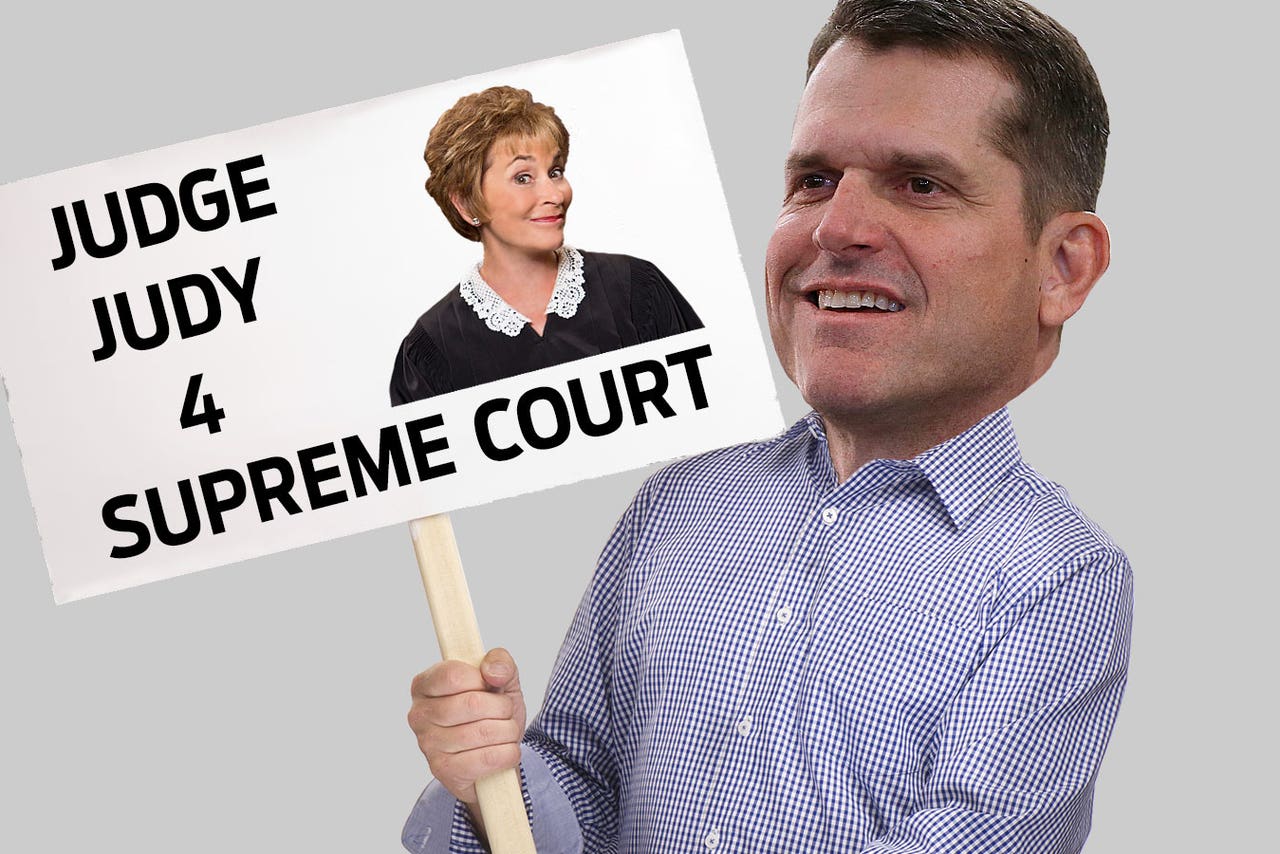 Followers of Jim Harbaugh on Twitter surely know by now that the Michigan football coach is head-over-heels crazy about TV star Judge Judy.

He cheered triumphantly when she signed a contract extension two months ago, and then gushed when Judge Judy tweeted him a thank you.

A shout out from @JudgeJudy would make anyone's day, thank you! The BEST! & Excellence are easy to spot, Judge Judy is it's highest level.

So it should go as no surprise that Harbaugh expects big things from Judge Judy.

"I love Judge Judy," Harbaugh told FOX Sports' Bruce Feldman in a recent interview. "We have some great Supreme Court members, tremendous Supreme Court currently that we have, but I'd love to see Judge Judy on the Supreme Court. I just love everything about her."

"She's much smarter than me, let me tell you that. And she's a much better gin player. I'd hate to be compared to Judge Judy."

*It probably won't be.