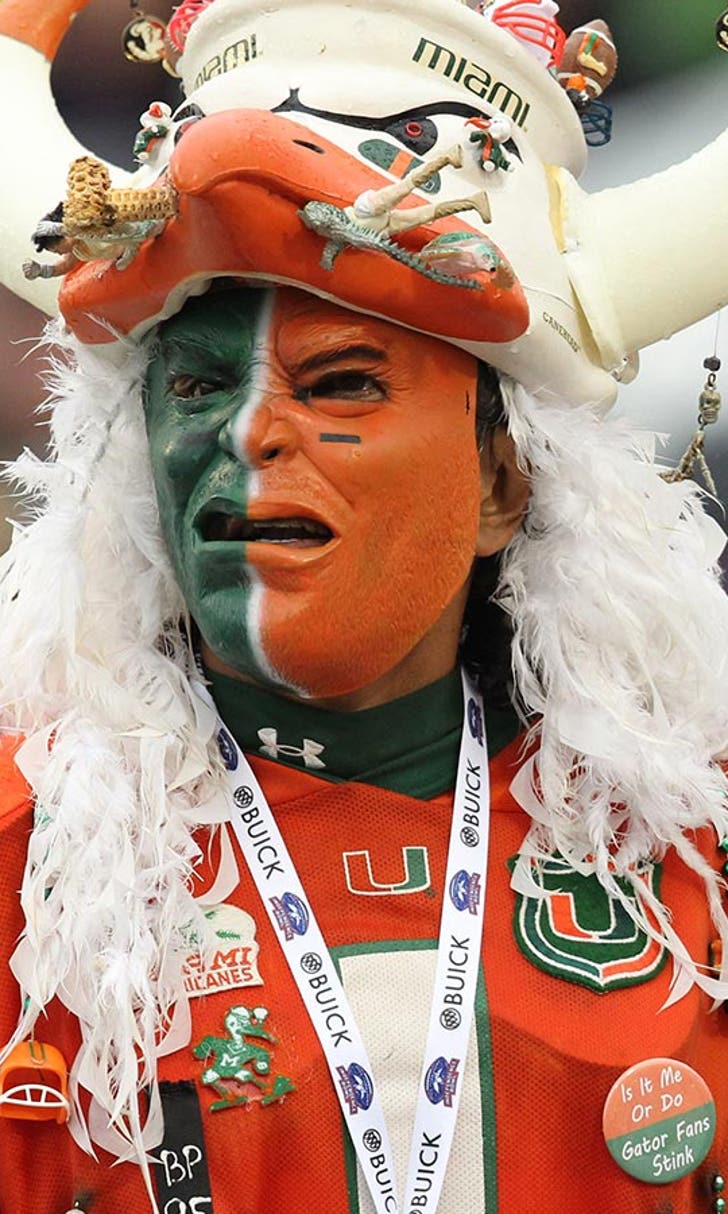 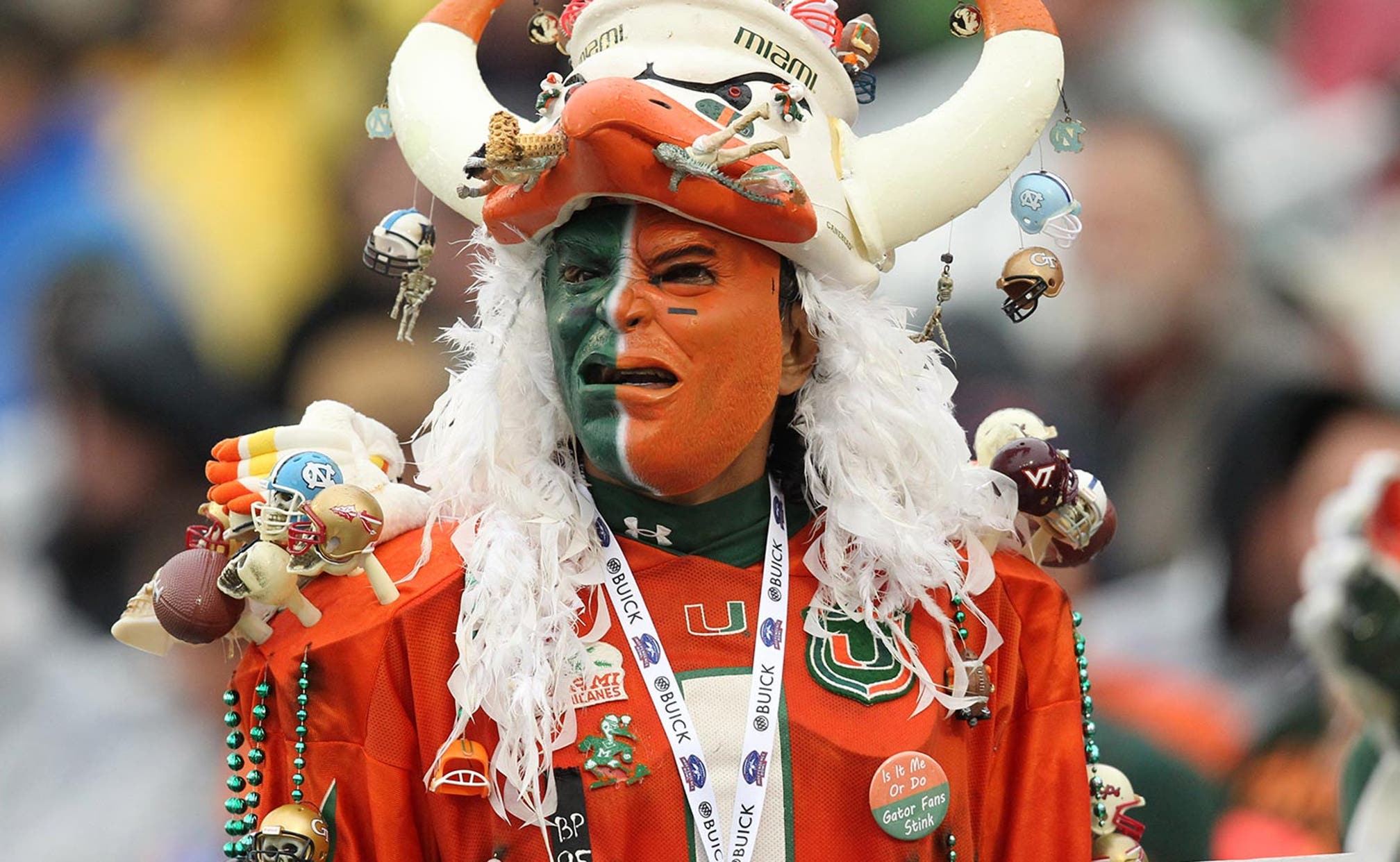 Miami AD: An indoor facility would require a 'significant gift' 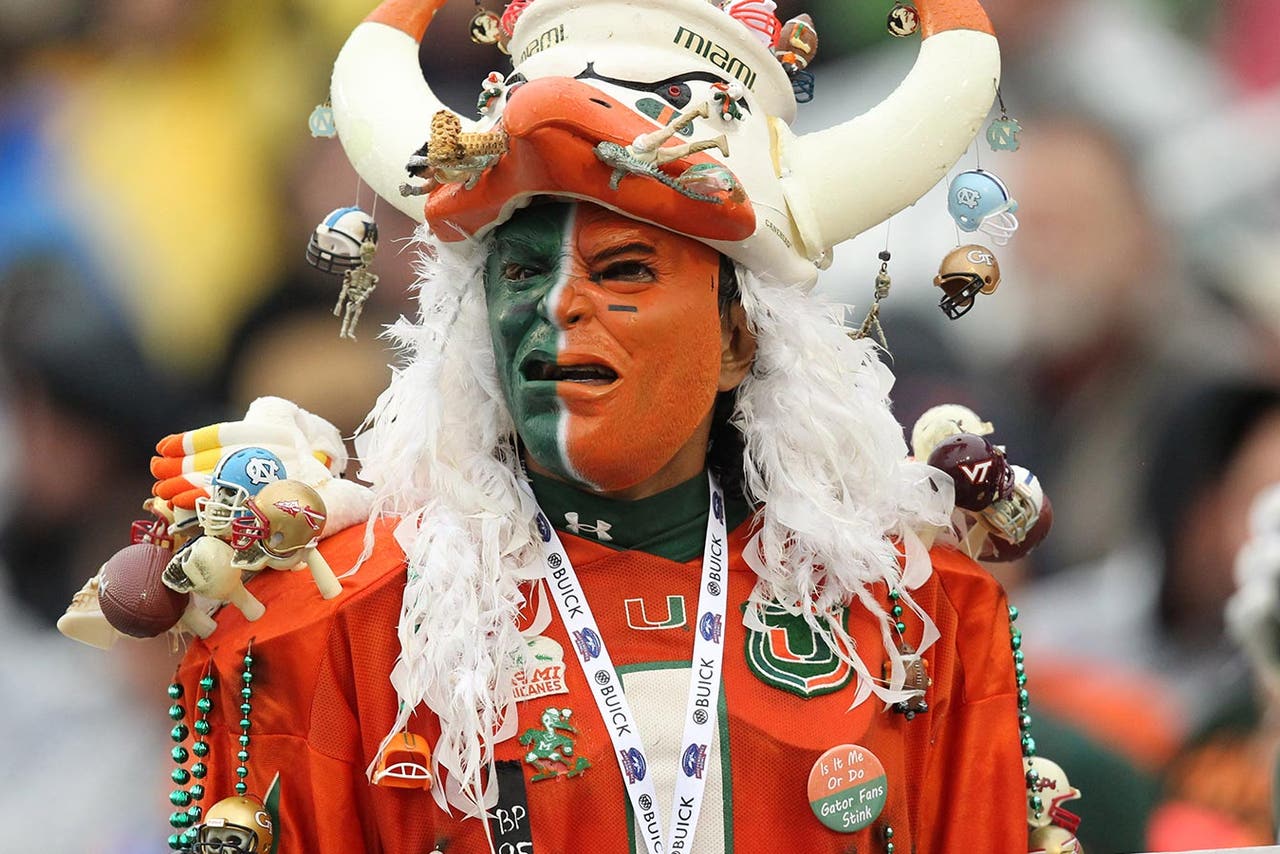 Miami is being left out in the rain. While every other major Florida school either has an indoor practice facility or is in the process of constructing one, the Hurricanes have no immediate plans to build one.

Athletic director Blake James believes Miami will have an indoor facility in the future, according to Matt Porter of the Palm Beach Post, but the university can't make that happen until it receives a "significant gift" to do so.

The Hurricanes, whose name is a reminder of the particularly wet area of the country in which they play, endured "15 rain-delayed, postponed or cancelled practices last season," by Porter's count.

James also sounded off on Miami's stadium situation and new uniforms. He told the Palm Beach Post that, currently, there isn't an option other than Sun Life Stadium to play home games, then endorsed the work Adidas has done on the Hurricanes' uniforms.