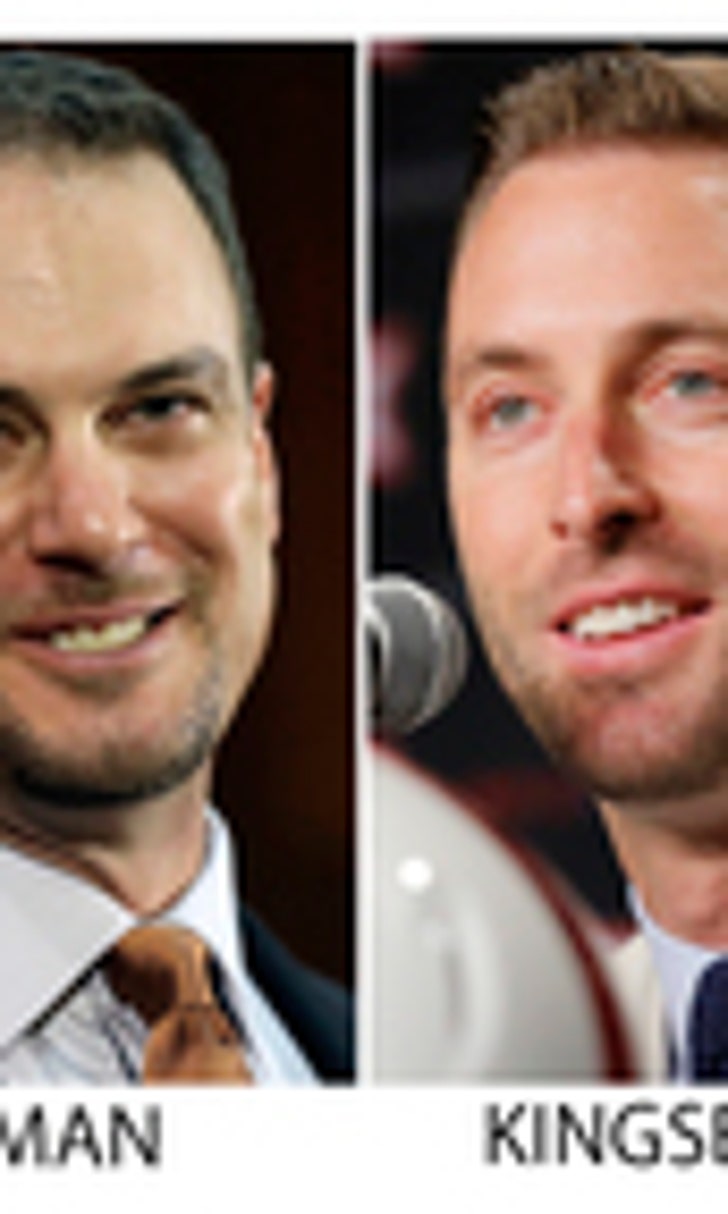 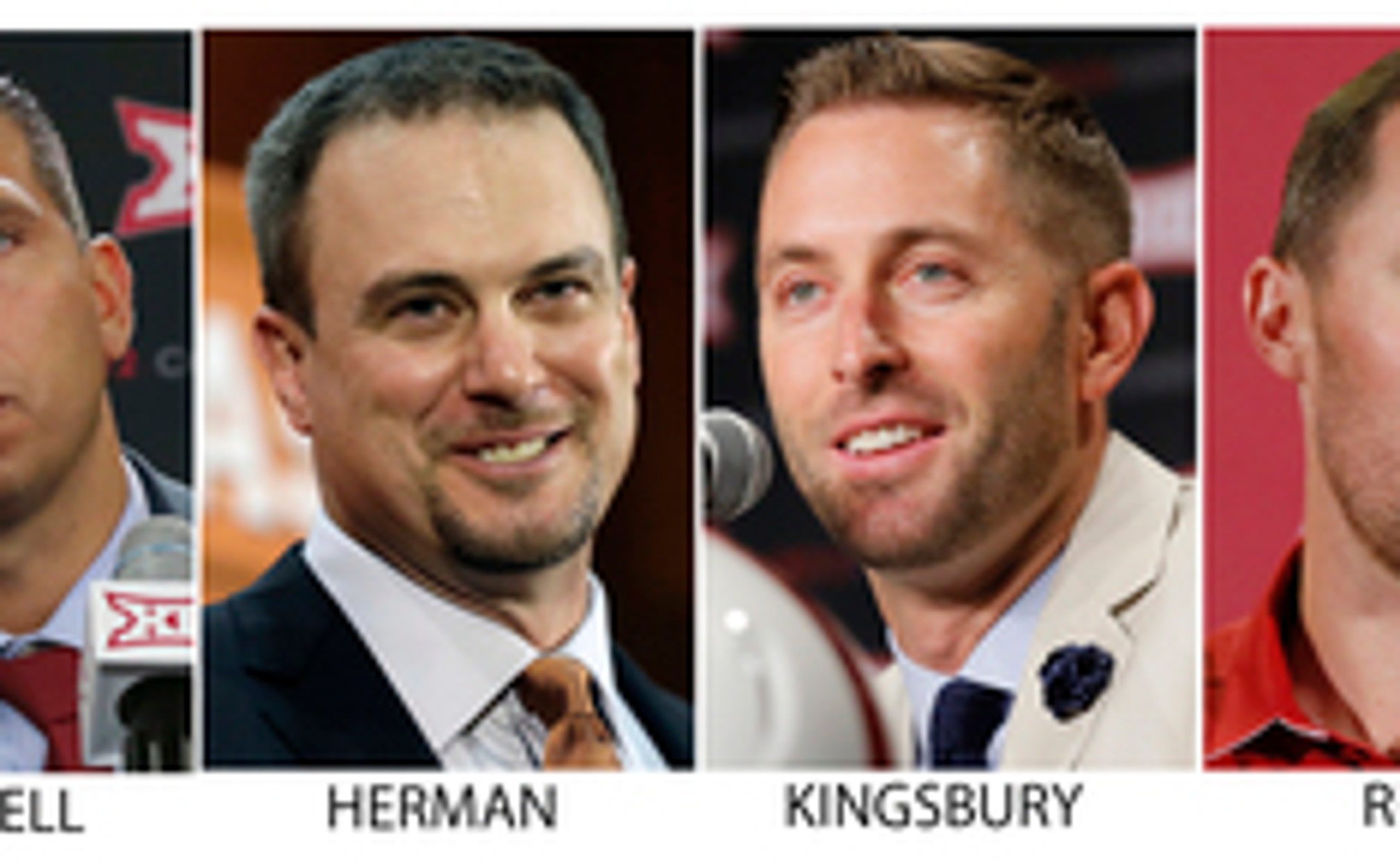 previous story
Huntley leads Utah to 37-16 win over North Dakota (Aug 31, 2017)
next story
At the US Open, Sharapova sniping practically a sport itself

Now 13 years after Gundy became the man at Oklahoma State, the Big 12 has three 30-something head coaches.

Even with 77-year-old Bill Snyder at Kansas State the nation's oldest Power Five coach by a dozen years, the average age of Big 12 head coaches is just under 47. That's the youngest among major conferences by two years.

''I think there's a trend in college football where schools are taking a risk and hiring young coaches,'' said Gundy, who is 50 - the average age of a Power Five coach. ''There's certainly a tremendous amount of energy needed, in my opinion, to do this.''

Along with the oldest coach, the Big 12 has the youngest in the Bowl Subdivision with Oklahoma's Lincoln Riley, who turns 34 next Tuesday. Riley was the Sooners' offensive coordinator before becoming a first-time head coach this summer when Bob Stoops stepped aside after 18 seasons and 10 conference titles.

''It is really cool that you've got such a gap between guys like us and then Coach Snyder, obviously somebody I know that I've always looked up to and the way he's done things,'' said Riley, who turned 6 only days before Snyder coached his first game for the Wildcats in 1989.

Second-year Iowa State coach Matt Campbell, now 37, was Toledo's coach for four seasons before taking over the Cyclones. He sees Snyder as a great example to all the young coaches because of the sustained success at Kansas State, ''a great model for all of us to model our own profession.''

The league's other new coaches this season are both 42 and had previous head coaching jobs - Baylor's Matt Rhule and Tom Herman at Texas.

''I think it's going to be fun to watch as everybody grows as a head coach and this league continues to get better,'' said 38-year-old Kliff Kingsbury, the former Texas Tech quarterback going into his fifth season as the Red Raiders coach. ''That youth movement is going to be exciting.''

The average age of Big 12 coaches is 46.8 years old - a number that drops to 43.4 for the nine coaches other than Snyder.

Nick Saban, top-ranked Alabama's 65-year-old coach, is the second-oldest Power Five coach, though the SEC is the second-youngest overall among the Power Five with an average age of 49. The average for the Big Ten and Pac 12 is just over 50, and the ACC has the highest at nearly 53.

Snyder, going into his 26th season with the 20th-ranked Wildcats, has a different view about the influx of youngsters taking over major programs.

''It's a trend that has been ongoing, and that's toward quality coaches. I think the younger guys are just exactly that, they're high-quality coaches, they're well-deserving of the positions that they have,'' Snyder said. ''If they had been 50 or 60 years old, my guess is that with the same attributes that they have, they probably would still have been hired.''

With the growth of social media and constant attention on just above every move by a team, Gundy said things are completely different for the young coaches than they were when he first became a head coach in his 30s.

Gary Patterson is now in his 17th season as TCU's head coach and believes he handles things a lot better now than he did as a new head coach and dealing with more than just X's and O's.

The 57-year-old Horned Frogs coach is the closest in age to Snyder among his Big 12 peers. Patterson said don't expect to see him still coaching when he's 20 years older like Snyder is now.

Snyder actually retired once, but returned to K-State's sideline in 2009 after a three-season hiatus. He is still going strong, even after treatment this year for throat cancer.

''I'm doing fine. Not quite as young as I'd like to be, but age is what it is,'' Snyder said. ''I've just been blessed, and very fortunate to have wonderful young men around me and to have quality coaching staff and a great support staff as well. ... And a great fan base, and support base. They've made it a lot easier for me.''