KANSAS CITY, Mo. — Malcolm Mann had never before played in such a big game. His go-ahead layup at the buzzer danced around the rim before falling through the net, sending his Mid-America Christian team into a frenzy.

"I knew it was going to go in," Mann said, grinning from ear to ear, "We knew it was destined for us to win this whole thing."

But the officials had to make sure. And by the smallest of measures, the shot was good and the Evangels won their first NAIA national championship with a 100-99 victory over Georgetown (Ky.), on Tuesday night.

Trent Gilbert's 3-pointer from the corner gave the Tigers a 99-98 lead with 4 seconds remaining. However, Mann darted down the court for the win with the buzzer flashing as the ball fell through the basket.

Georgetown coach Chris Briggs stood outside the locker room holding his daughter as tears dripped down his face. 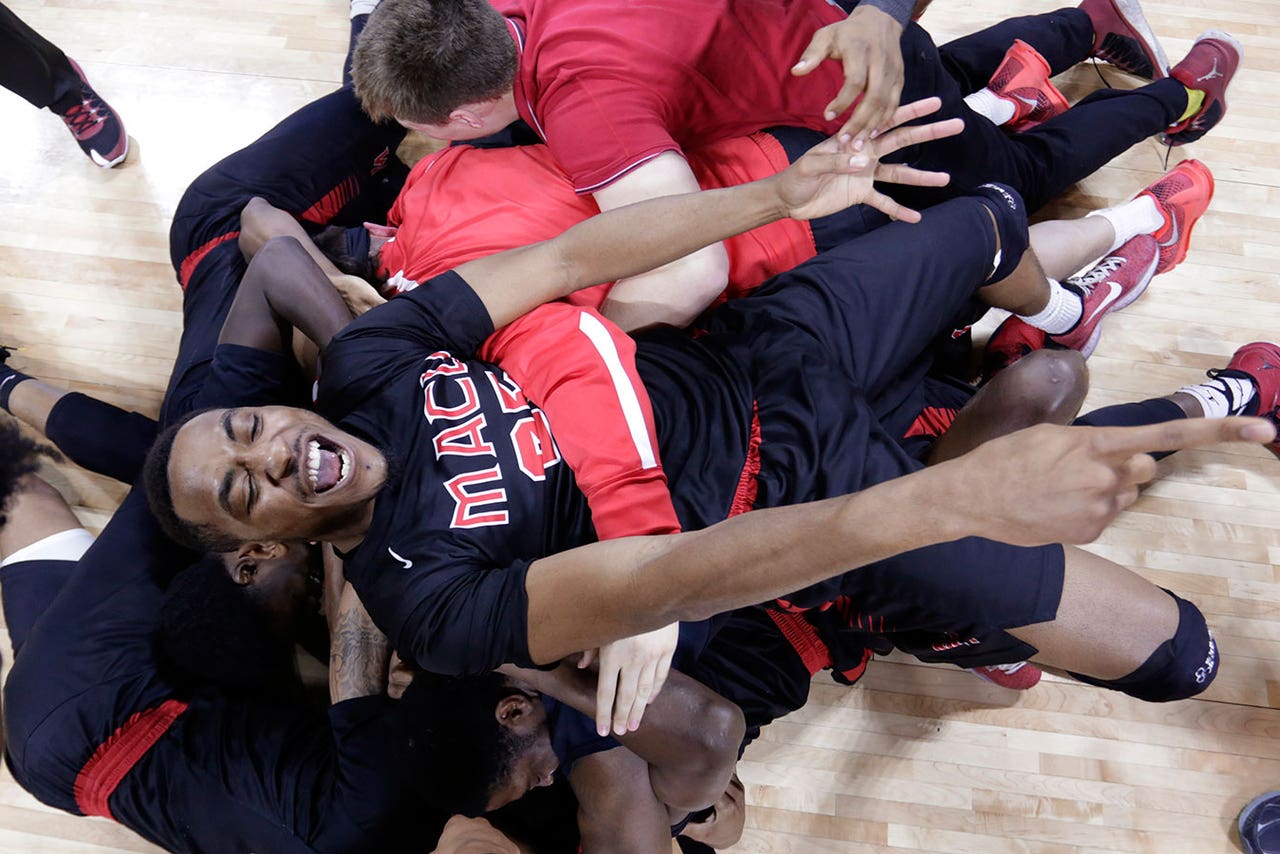 "I can't talk," Briggs said. "That's how tough this is. I wanted it for these guys. They wanted it. We just couldn't get it done."

"They've been a lot of fun all year," Briggs said. "They deserve better. Doesn't always work out they way you want it to."

The Evangels led by two with 28.6 seconds remaining in overtime. Mann was fouled and made both free throws. On the other end, Chris Runnells fouled Cottrill on a 3-point attempt and Cottrill made all three free throws to pull the Tigers within one.

Runnels' layup tied the score at 82-all with 20 seconds left in regulation. On Georgetown's ensuing possession, it turned the ball over with 2 seconds remaining. Runnels' attempt for the game-winner went off after the buzzer.

"I can't even put it into words right now," Gamblin said. "I'm drained. This team is so tough and I'm proud to be their coach."

Georgetown made its first six 3s to take a 25-15 lead. The Evangels kept pushing, and cut a 50-39 halftime deficit to two. The teams traded buckets beforeMann's layup tied the score.

The Tigers feared for the worst when Kimbro took a hard fall under its basket, taking minutes before being assisted off the floor. After medical attention and some stretching, he returned to the lineup.

Georgetown: The Tigers have played in 35 NAIA Tournaments, including an NAIA record 25-straight.

Mid-America Christian: The Evangels have appeared in the NAIA Tournament twice, making their first run to the national championship game this season.