The entire Elite Eight field is now set. On the left side, it’s the top-seeded Fighting Camels against the No. 3 seed Fightin’ Blue Hens and the fifth-seeded Blue Hose — who took out the top-seeded Shockers in the Sweet 16 — against the No. 2 Ragin’ Cajuns. Over on the right side, the top-seeded Leathernecks will take on the lowest seed remaining in the tournament — the No. 7 Rainbow Warriors — and the top-seeded Mastodons face the No. 6 from their region, the Golden Griffins. (Click here for a full-size version of the updated bracket.)

Given their margins of victory thus far, you have to like the Blue Hose and Mastodons as a potential championship showdown. But those other six will not go down easily. All Elite Eight voting will continue through Sunday, with Final Four voting opening on Monday.

Let’s get on with it. Who should move on to the Final Four?

No. 1 Fighting Camels vs. No. 3 Fightin’ Blue Hens

Our tournament’s No. 1 overall seed is the Fighting Camels, used exclusively by Campbell. The name’s origin is somewhat mysterious, as there aren’t a lot of camel species native to North Carolina, but who cares? It’s perfect. Sometimes the addition of “Fighting” before a team name feels forced, but it’s a critical distinction here. The Camels are looking mighty tough after waxing the Longhorns and Chanticleers. The Anteaters gave them their closest thing to a “scare,” getting 41 percent of the vote in the Sweet 16.

Delaware may have been underseeded as it managed to take down the No. 2 seed Kangaroos in the Sweet 16. This name is beautiful. Hens by itself would be a strong contender. The gratuitous color designation makes them that much more intriguing. To top it off, they’re fightin’. If you’re putting a “g” instead of an apostrophe on the end of that, you’re doing it wrong. If it’s still not cool enough for you, I should tell you that the name’s origins go back to Revolutionary War times.

It’s Fighting vs. Fightin’ for a spot in the Final Four.

Can a pair of socks make a run in this tourney? The answer apparently is yes, as the Blue Hose of Presbyterian continue their barnstorm, walloping the top-seeded shockers with 71 percent of the vote in the Sweet 16. Kudos to the Blue Hose for choosing “Hose” instead of “Sox” to mix things up a little. The school insists that this also honors “fierce Scottish warriors.” Come on, just embrace the socks.

“A Ragin’ Cajun is not a person or an animal, but a feeling that describes our unique way of life,” says the University of Louisiana at Lafayette’s website. Unique indeed, and a strong contender to come out of this region. But the Blue Hose have looked darn near unbeatable so far. The Ragin’ Cajuns might just be the underdog in this one.

No. 1 Leathernecks vs. No. 7 Rainbow Warriors

The Leathernecks is the proud moniker of Western Illinois. It’s the only non-military school in the country with a military-inspired nickname — “leathernecks” is a slang term for a U.S. Marine. They dominated the opening two rounds of this tournament, getting 80 percent or more of the vote each time, before getting a push from the Demon Deacons in the Sweet 16. It should be an even tougher test this round.

The story goes that a rainbow appeared over the Hawai’i football field during a big upset win in 1923, prompting the adoption of the name “Rainbows.” Warriors started sneaking into usage later. Some teams went by one or the other, some used “Rainbow Warriors.” In 2013, athletic director Ben Jay decided to unify all men’s teams under Rainbow Warriors and women’s teams under Rainbow Wahine. A wise choice. After a sound victory in the opening round, Hawai’i swung an upset of the Lumberjacks in the second, then held off the Gauchos in the Sweet 16. The Rainbow Warriors are the underdog among all remaining nicknames.

No. 1 Mastodons vs. No. 6 Golden Griffins

In 1968, a geologist at IPFW in Fort Wayne was called to examine a bone found nearby. It was from the leg of a mastodon, evolutionary precursors to the elephant. Two years later, the school adopted it as one of the most unique and catchy nicknames in college sports. It’s the No. 2 overall seed in the tournament. The Mastodons posted the most comfortable Sweet 16 win of all, getting 76 percent of the vote against the Thundering Herd.

Canisius pays homage to the mythical Griffin, a creature that combines all the best parts of an eagle with all the best parts of a lion. That’s not even fair. They’ve made one of the quieter runs through this bracket so far, taking down the third-seeded Delta Devils in the second round before ending the miracle run of the 15th-seeded Thunderbirds in the Sweet 16. 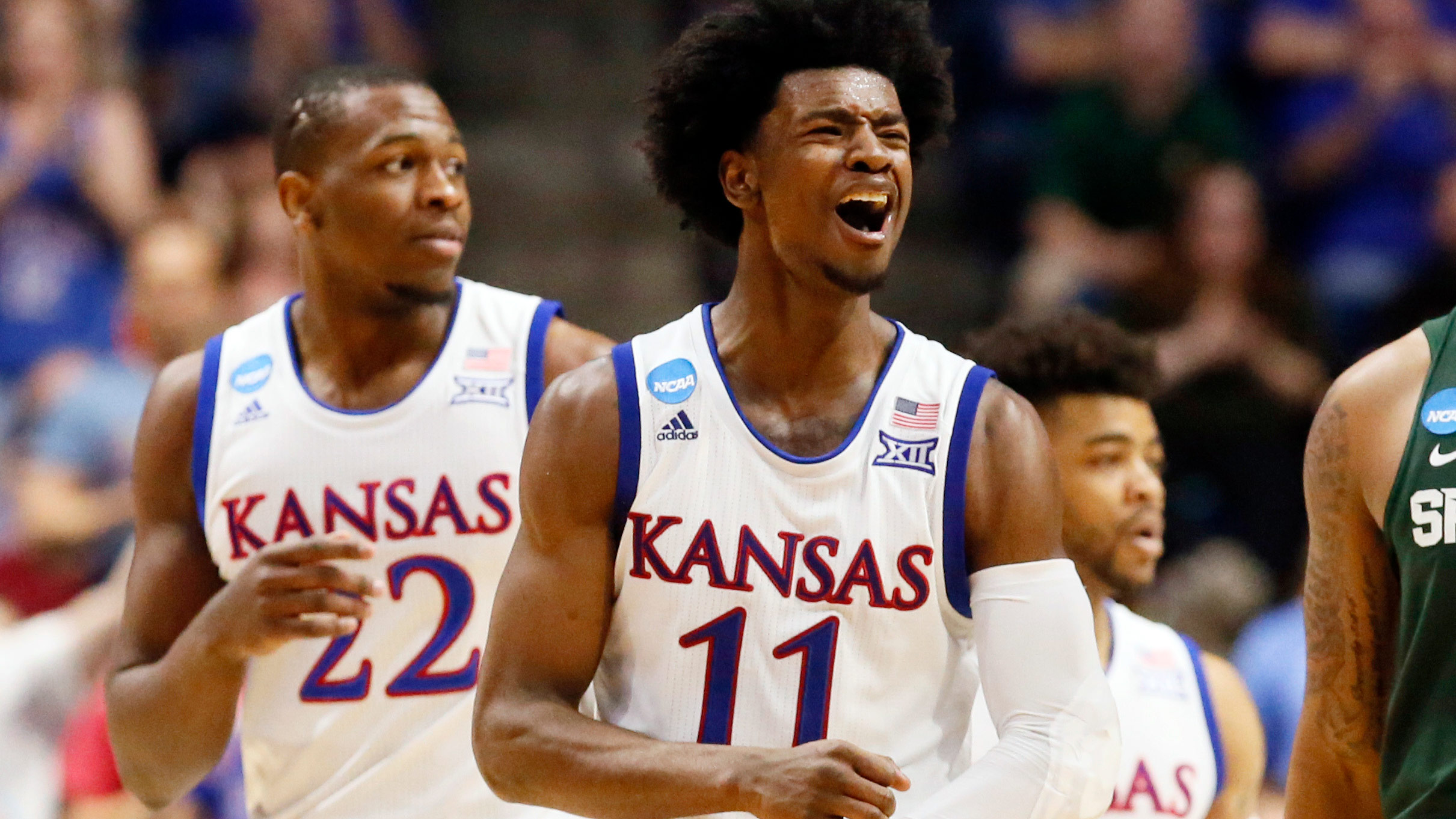 Gallery: One reason each Sweet 16 team can reach the Final Four