Shortly after John Cena passed the baton to the next generation of Superstars and announced his intentions to forego WrestleMania 36, “The Fiend” Bray Wyatt came calling for the 16-time World Champion. Also, Roman Reigns inserted himself next in line to challenge Universal Champion Goldberg as The Showcase of the Immortals added two major clashes on Friday Night SmackDown. 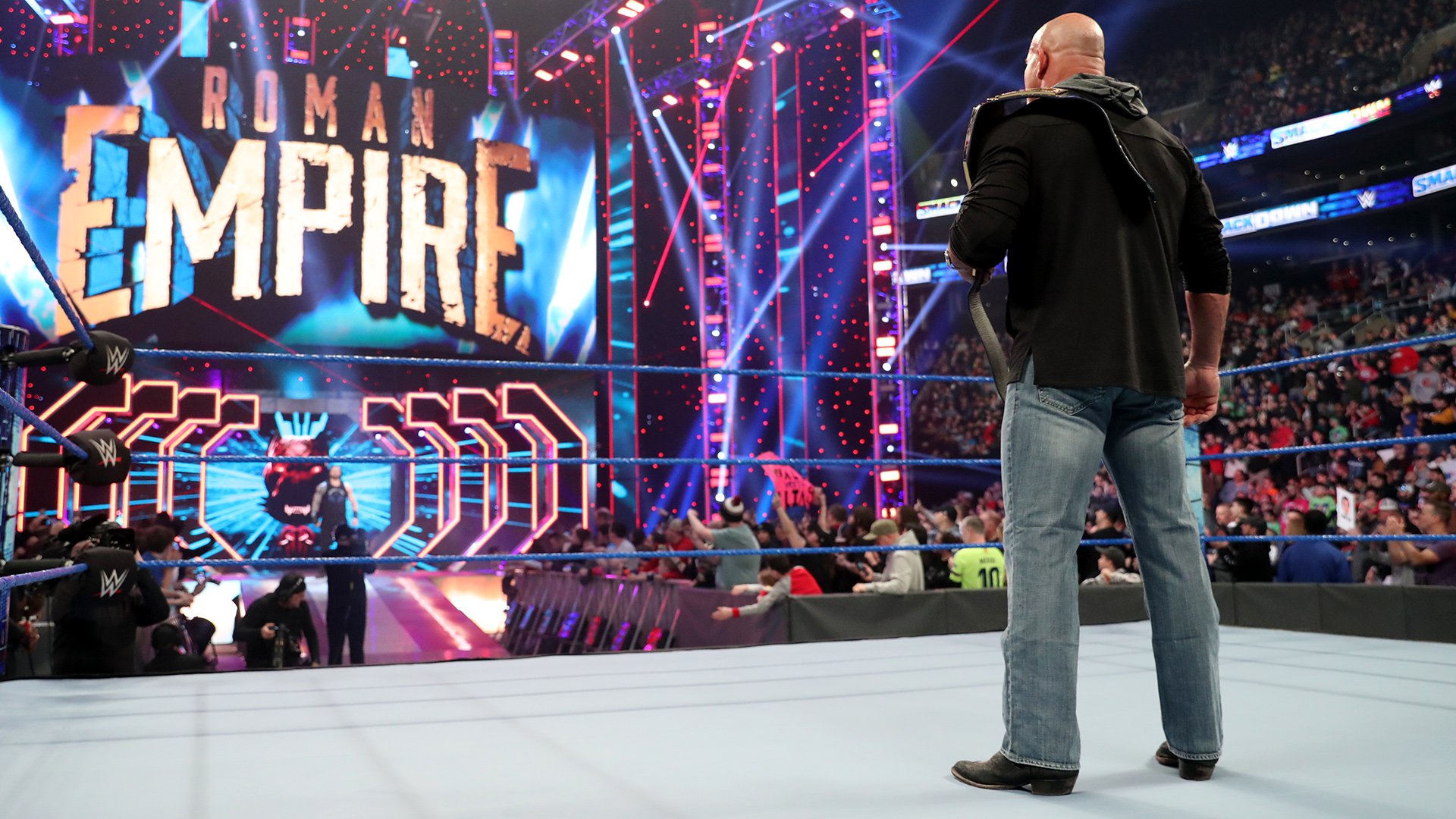 After shocking the WWE Universe with an improbable win over “The Fiend” Bray Wyatt, Goldberg rolled into Friday Night SmackDown with the swagger of a two-time Universal Champion. Quick to move on from the past, the WWE Hall of Famer hit his iconic catchphrase and simply posed “Who’s next?” Be careful what you wish for because Roman Reigns answered the call, and The Big Dog laid down a challenge for championship gold. 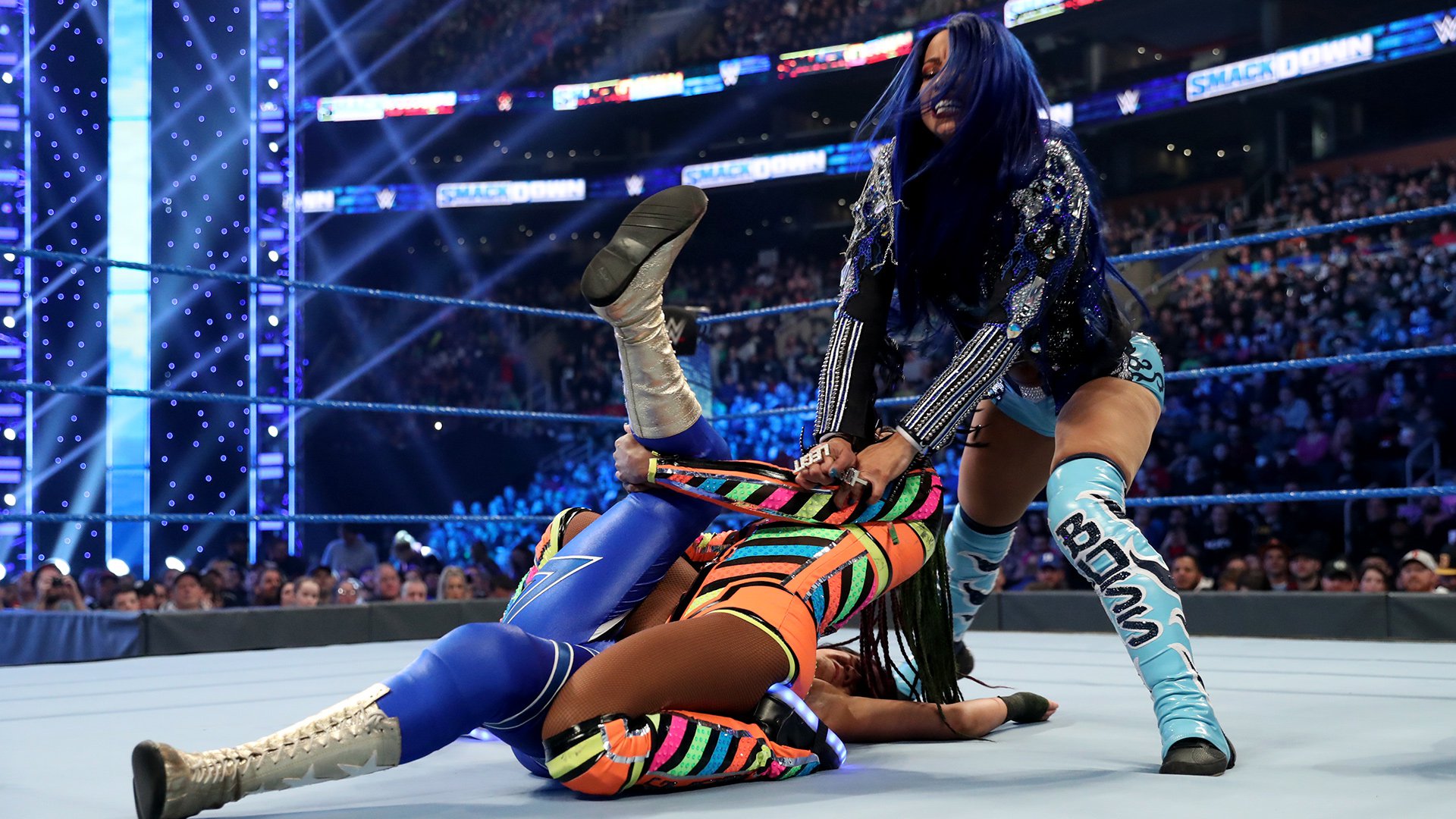 The Glow attempted to get one back on the self-proclaimed role model tonight… but she’d have to contest with The Boss, too.

Yes, Sasha Banks returned to Friday Night SmackDown in her hometown of Boston, standing in Bayley’s corner for this rematch. Well, she stood there for a brief while, until Naomi began to pick up some steam against Bayley, prompting Banks to bull rush the ring and attack The Glow. The two-on-one wouldn’t last for very long though, as the match was thrown out and Lacey Evans came to Naomi’s aid to even the odds. A melee ensued, resulting in the decision to restart the match as Naomi and Lacey Evans vs. Bayley and Sasha Banks, and that would be next! 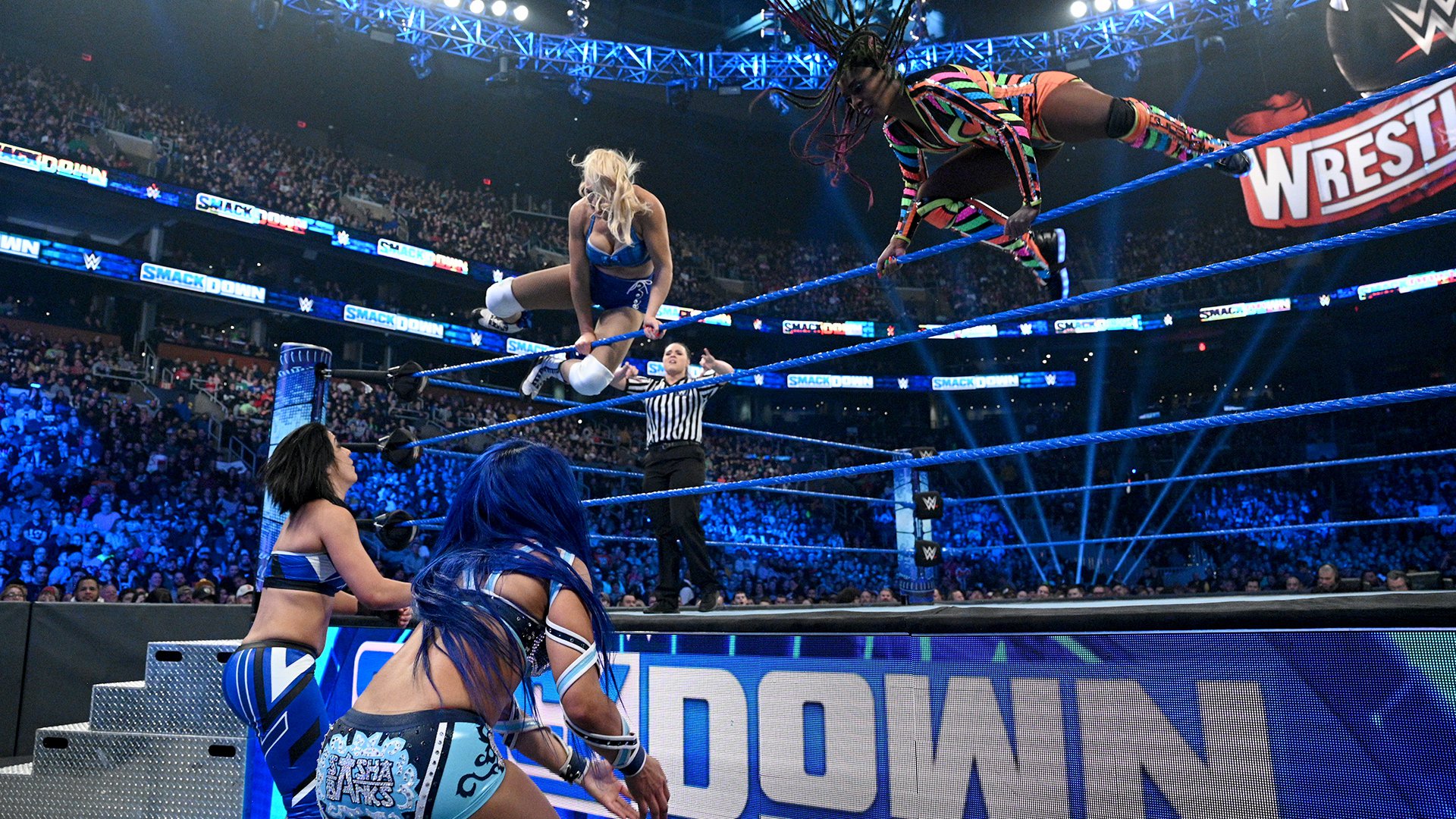 With so much animosity already brewing, Naomi & Lacey Evans looked to bring the fight to Bayley and the returning Sasha Banks. Momentum swung back and forth, but in the pivotal moments The Glow came to the rescue of her new teammate, The Sassy Southern Belle, and executed a quick pin of the SmackDown Women’s Champion. Naomi wasn’t able to walk out of WWE Super ShowDown with the title, but the victory showed her status as a top blue brand challenger is far from over. 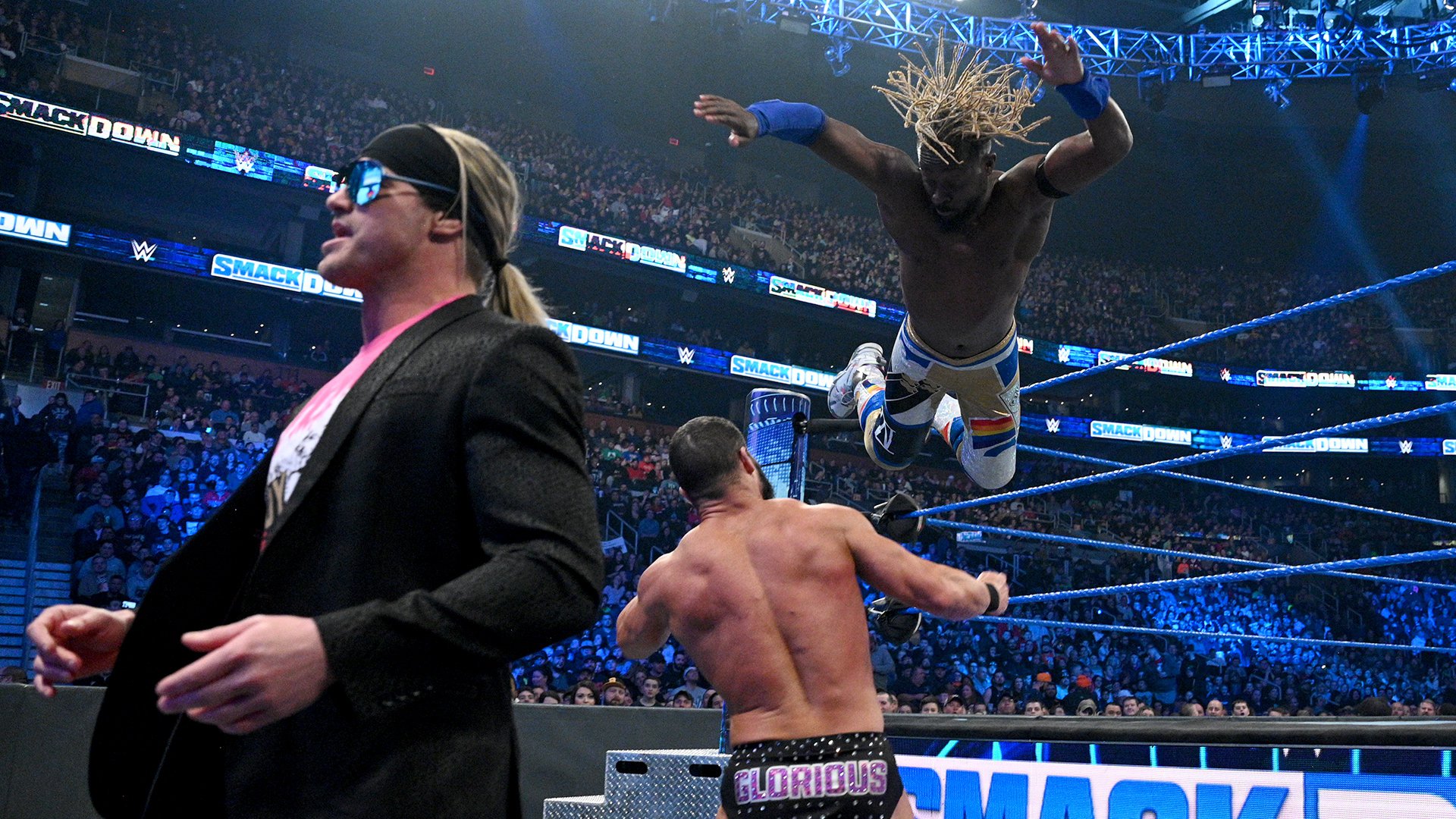 Coming off a crushing defeat by new SmackDown Tag Team Champions The Miz & John Morrison yesterday at WWE Super ShowDown, The New Day looked to get it all back on track with Kofi Kingston taking on Robert Roode with Big E and Dolph Ziggler in their respective corners.

Despite Kingston’s best efforts, it was Roode who actually made the argument for his squad to move up the tag team ranks when following an interference from The Showoff, Roode executed a quick roll-up to seal the victory over Kingston. 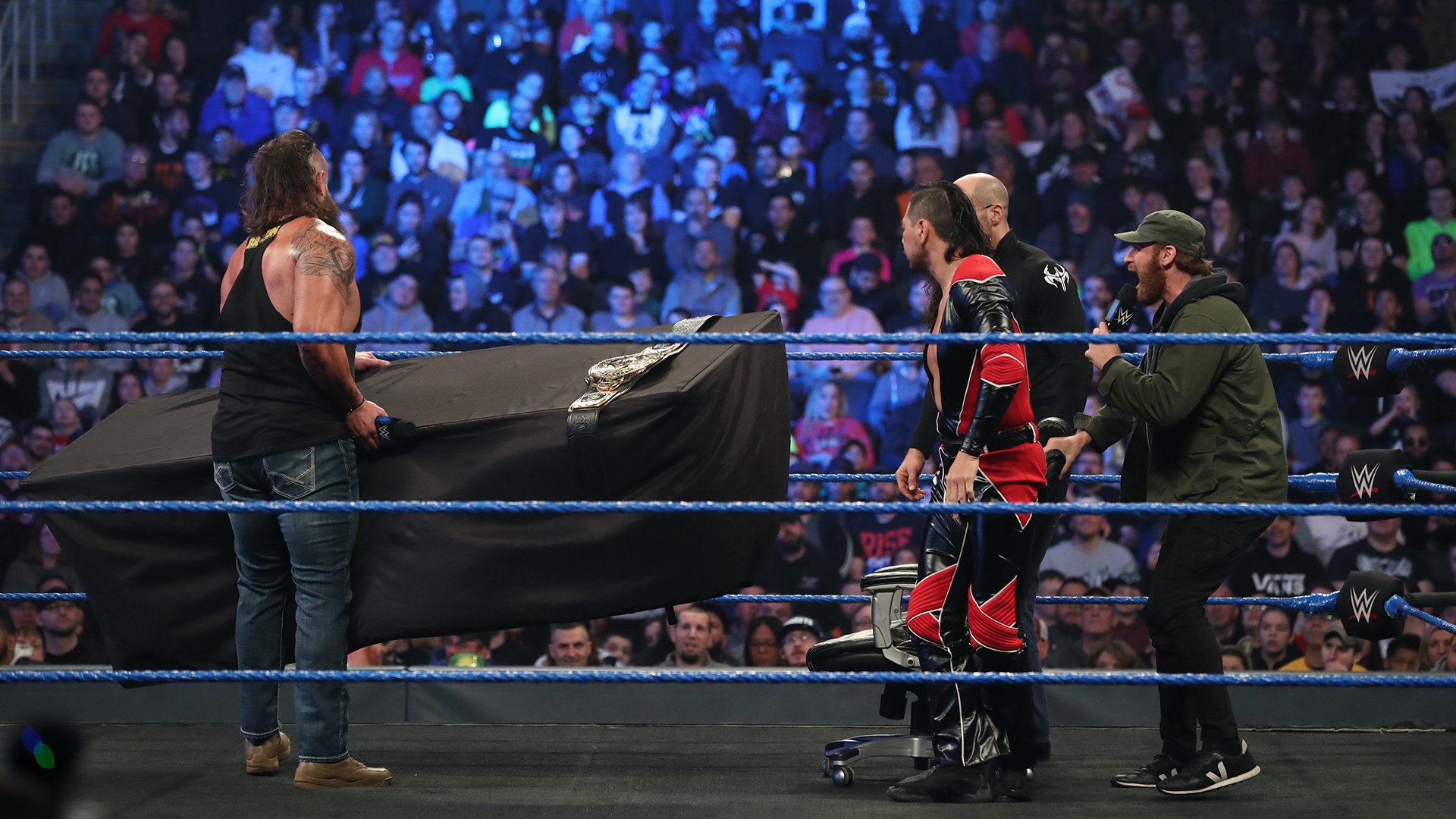 The Monster Among Men is known for defying odds. Well, that theory will officially be put to the test at WWE Elimination Chamber.

A contract signing that was designed to make official Braun Strowman’s Intercontinental Title defense against Shinsuke Nakamura next Sunday on WWE Network quickly devolved into chaos when Strowman, almost in jest, said that he’d take on not only Nakamura, but also Cesaro and Sami Zayn at WWE Elimination Chamber. Zayn zoned in on that comment, amending the contract on the fly and signing it, along with, Cesaro and Nakamura. With Strowman having already signed on the dotted line, the highly controversial match was now official. From there, Nakamura, Cesaro and Zayn circled Strowman and showed strength in their numbers with an emphatic message to the Intercontinental Champion. 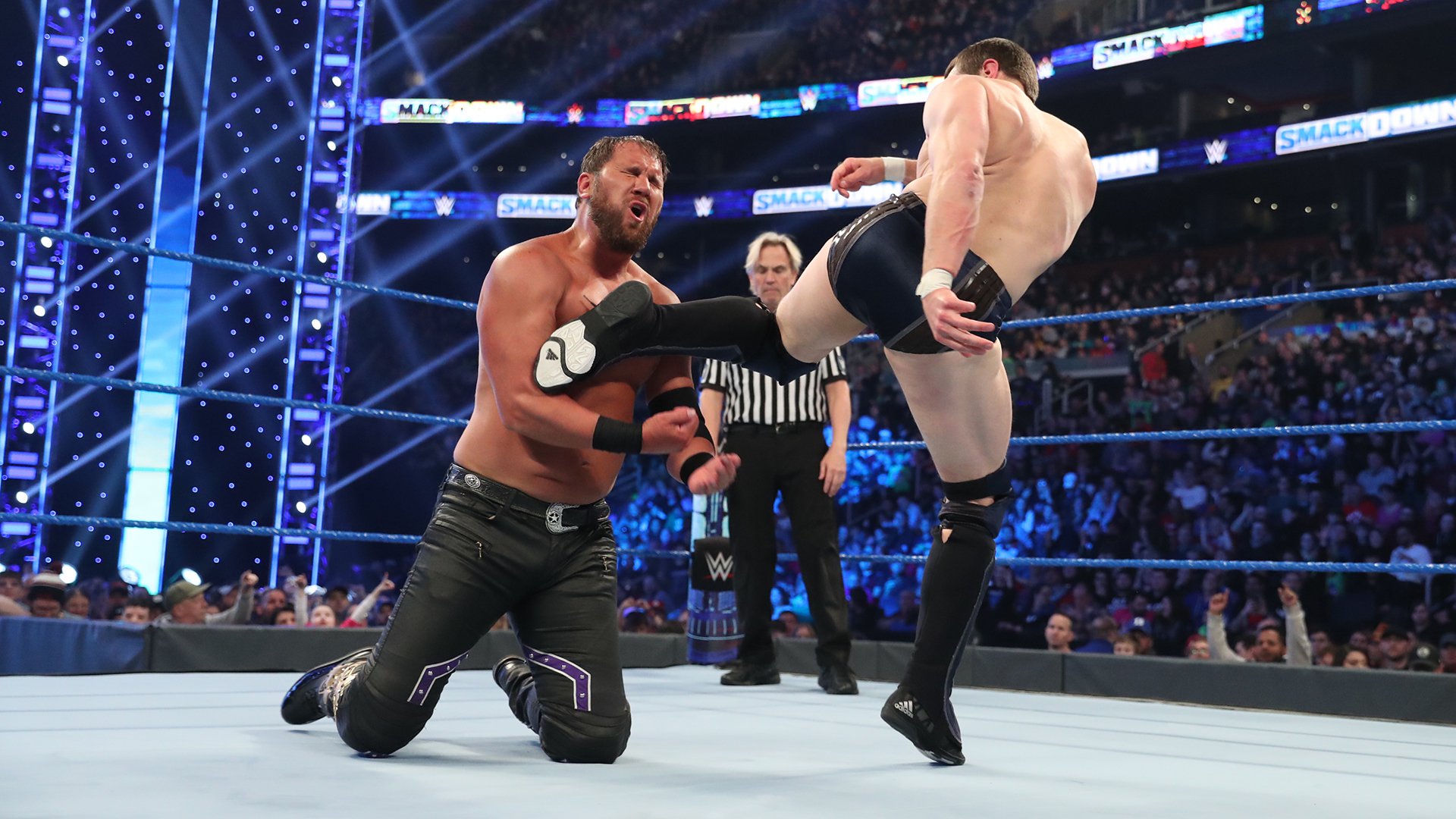 With Drew Gulak on commentary and continuing his mission to rail against Daniel Bryan in any way possible, Bryan took on Curtis Axel on Friday Night SmackDown. Axel put up a tad of a fight, but once again, it was not enough for Bryan’s relentless attack finishing Axel off with a debilitating LeBell Lock that forced the B-Team member to tap out. 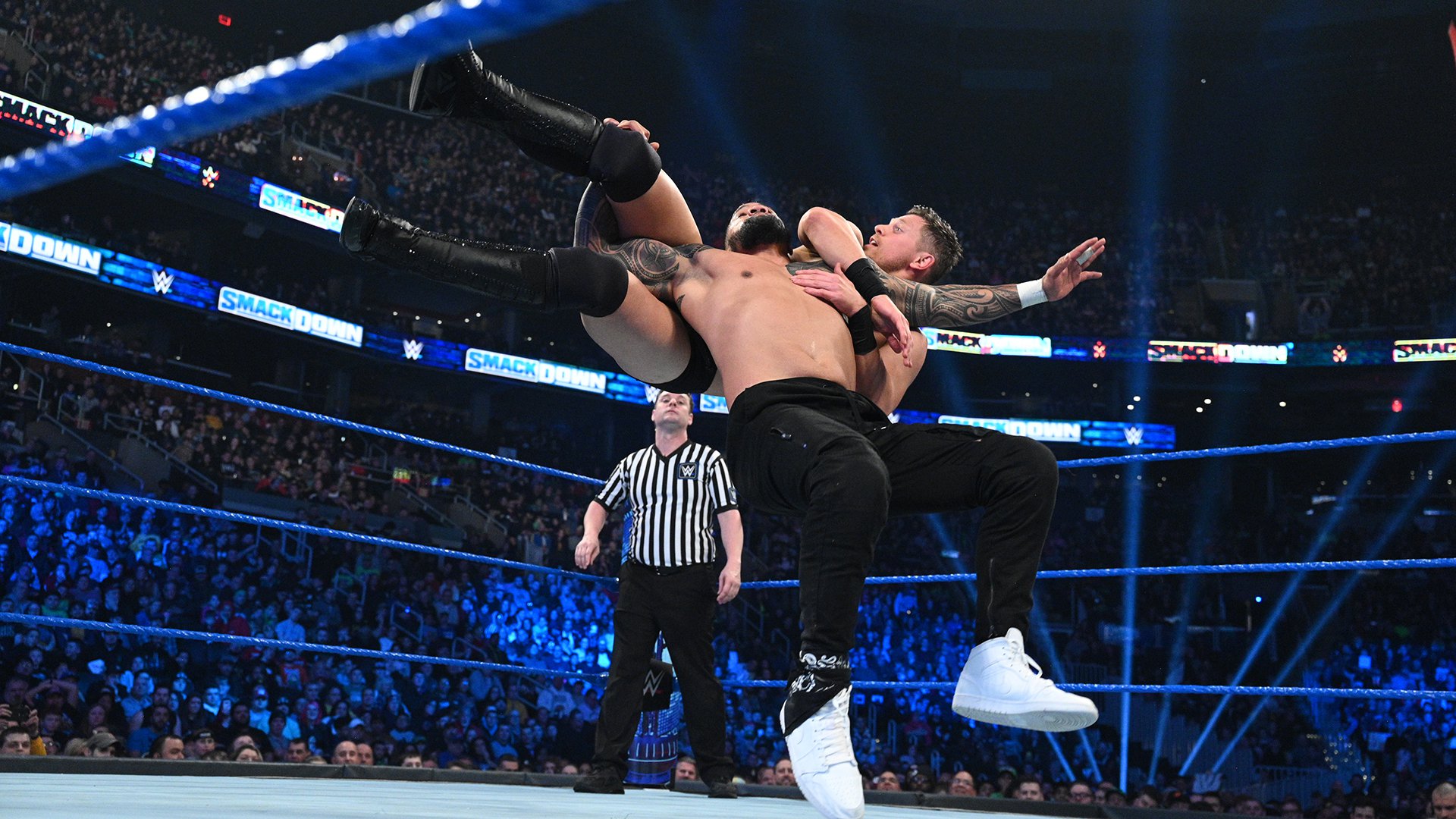 The Miz & John Morrison were ready to start their SmackDown Tag Team Championship reign in grand style, but instead they took a one-two punch of bad news and then a rough defeat. The bad news? They’d be defending their SmackDown Tag Team Titles against five different teams inside the Elimination Chamber next Sunday on WWE Network. Oh, and the tough defeat? That was to one of those teams, The Usos. The momentum Miz & Morrison garnered yesterday at WWE Super ShowDown wouldn’t carry over. Jimmy & Jey teamed up for an improbable aerial display that left Michael Cole and Corey Graves speechless and Morrison defeated in the center of the ring. 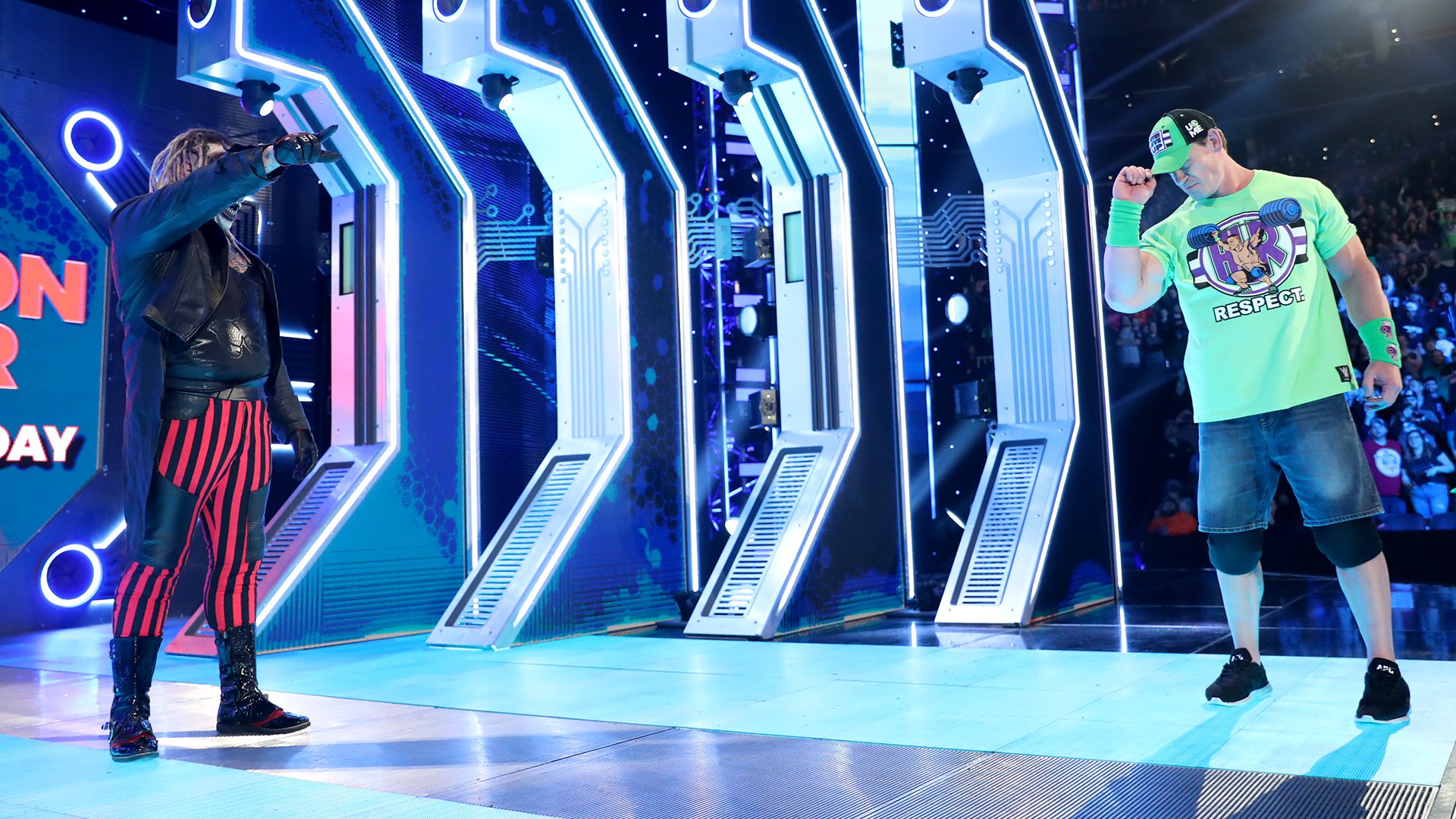 John Cena’s return to SmackDown had the 16-time World Champion’s “heart beating out of his chest” and emotional as he addressed the crowd. With an eye toward the future, the hometown hero announced his intentions to step aside for WrestleMania 36 and let the Superstars of tomorrow lead the Show of Shows. But just when they thought he was out, HE pulled him back in!  “The Fiend” Bray Wyatt halted Cena’s emotional exit and pointed ominously to the WrestleMania sign. A sight for all to see, a battle of good and evil officially set for The Show of Shows.