Olive Sagapolu knew something was wrong right when it happened. It was the severity, though, which surprised him.

Discomfort turned to disheartening a few days later. That’s when he got back the MRI results. He had a dislocated shoulder. His senior season, and his playing days at Wisconsin, were over.

“It was devastating,” he said. “It was sad to see me not be able to finish out the year, especially with some of these guys that I’ve been with 3-4 years. But, hey, that’s the game.”

The injury meant he couldn’t put more of his work on film for NFL scouts, and that only added to the hurt. Sagapolu was in the middle of a breakout season for the Badgers. The Northwestern game had been perhaps his best of the year, having recorded six tackles, four solo, and a tackle for loss.

Defensive tackles normally don’t rack up numbers in a 3-4 defense, but in eight games Sagapolu had already notched person highs in tackles (23) and tackles for loss (4.5). He also had two sacks, one shy of his career best, and against Illinois recorded his first interception.

Sagapolu then had to focus on getting healthy. He said he did a lot of “upper-body regiments” and is “progressing pretty well … slowly getting stronger.” He did not, however, participate in the bench press during Wisconsin’s Pro Day. But he didn’t completely sit out. After all, he did need to show off for NFL scouts.

There aren’t many people who stand nearly 6-foot-2 and weigh almost 325 pounds you’d call nimble. But anyone who watched a Wisconsin game on television this year was treated each week to a video of Sagapolu doing a back flip on the beach. While seeing that clip over and over and over again, as well as a different announcing crew every week going over tales of Sagapolu’s days as a high school varsity cheerleader, likely got old to some fans, for Sagapolu it speaks to a larger point about his game and why he might just end up on an NFL roster: He’s athletic a big man as you’ll find anywhere. 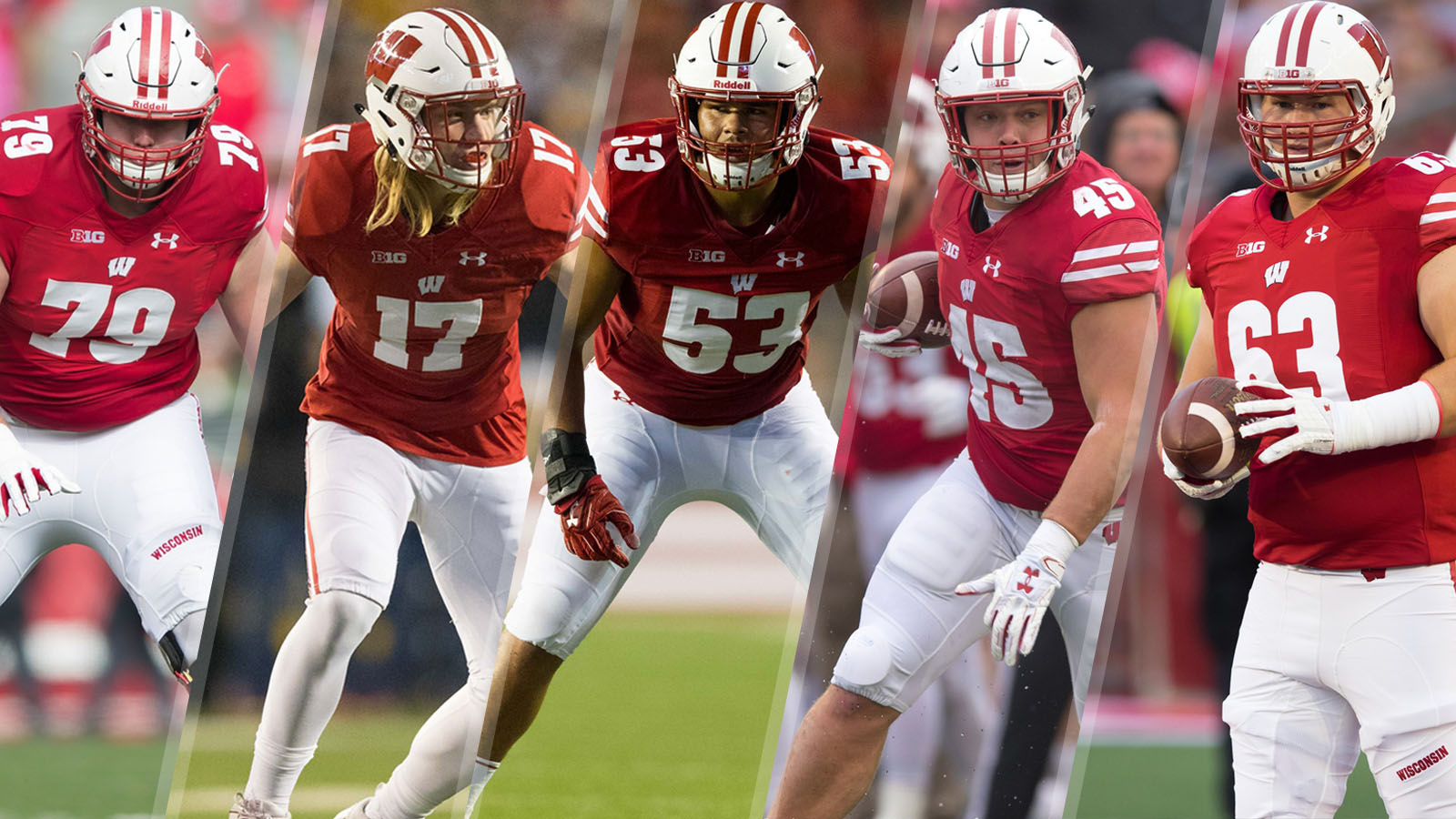 “I think one of my strengths is being this athletic at my size,” Sagapolu said. “It’s kind of rare to see a person this big running around.”

Besides game film, Sagapolu has had the opportunity to show teams his athleticism at Pro Day and at individual workouts.

(He wanted to) show I can move at this size. I got some good numbers. … Most teams said I looked good doing the position drills,” Sagapolu said.

“For me it was making sure the numbers and the film matched kind of matched where I was in the testing.”

Some NFL teams certainly liked what they saw. Sagapolu said he worked out for three or four teams and has had three visits. The majority of teams interested him run a 3-4 defense, like Wisconsin, but he noted there have also been a “handful” of teams that run a 4-3 which have shown interest.

Either way, Sagapolu knows he’s not a finished product. He has the mindset of being small, but the reality is the opposite. He wanted to “make sure I’m playing with some type of edge” and also work on his pass rush, so he becomes a player who can be on the field for three downs.

But that’s for work once he gets on a team’s training camp. But is there a team who will draft him? Sagapolu admits he really doesn’t know too much and that he’s heard “a mixture” of both being draftable and likely available as a free agent.

“In the draft obviously anything can happen, so the best thing I can do is stay positive and just be ready,” Sagapolu said.

If he gets drafted, maybe he’ll even do a back flip.

Dave Heller is the author of Ken Williams: A Slugger in Ruth’s Shadow (a Larry Ritter Book Award nominee), Facing Ted Williams – Players From the Golden Age of Baseball Recall the Greatest Hitter Who Ever Lived and As Good As It Got: The 1944 St. Louis Browns.