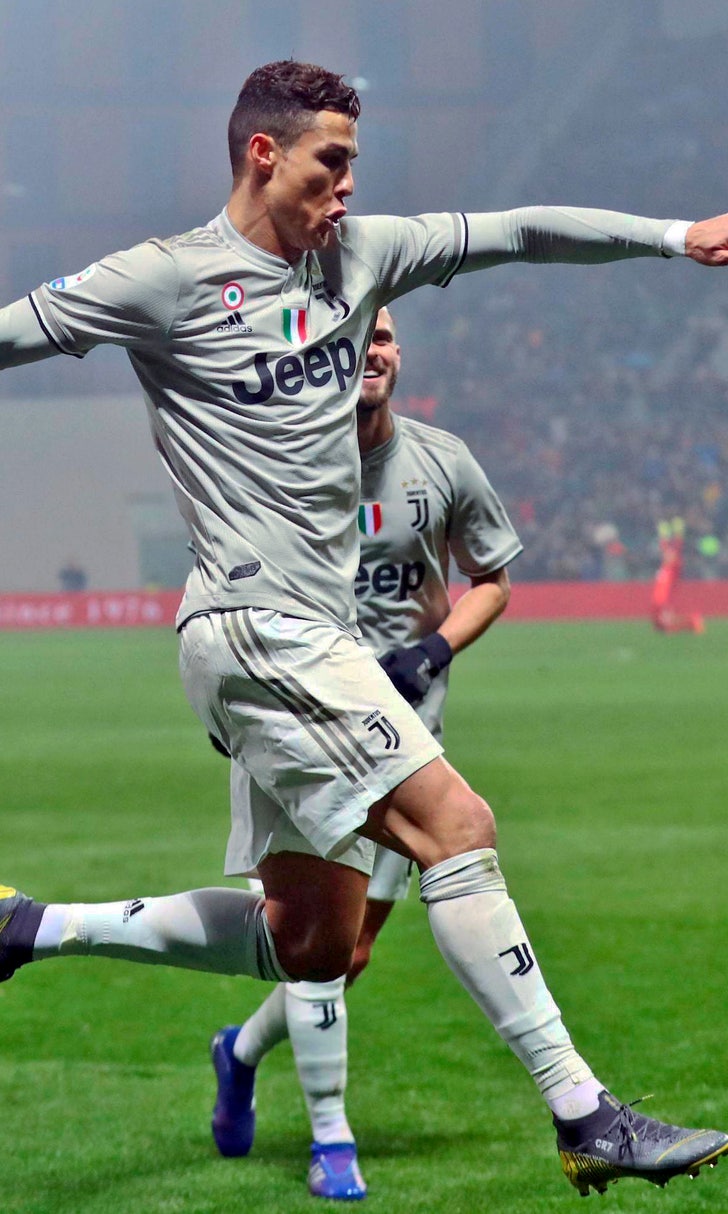 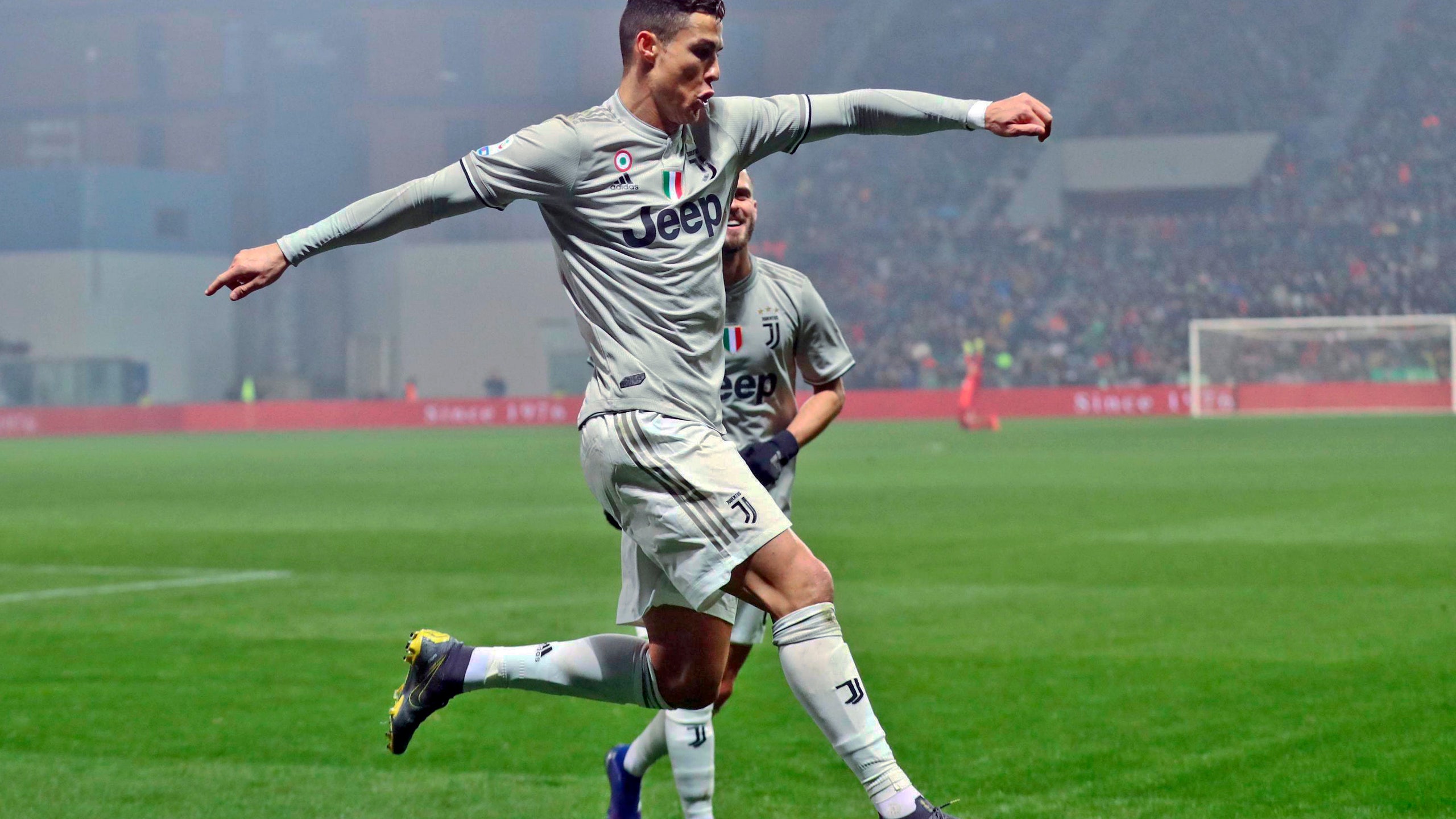 MILAN (AP) — Cristiano Ronaldo played a role in all three Juventus goals on Sunday, but he also almost knocked out a teammate.

The incident occurred an hour into Juve's 3-0 win at Sassuolo as Ronaldo kicked the ball straight into the face of teammate Sami Khedira, who instantly fell to the ground.

Ronaldo had earlier helped Khedira score the opening goal, so the German World Cup winner was able to see the funny side.

Khedira posted a picture on twitter of him and Ronaldo , with the words: "Back to winning ways with a great team performance in Sassuolo. Thanks for the headache tonight @Cristiano ..."

Coach Massimiliano Allegri would was less amused by some aspects of his team's performance.

There were none of the terrible defensive lapses seen in last weekend's 3-3 draw against Parma but Juventus still appeared vulnerable at times in defense, particularly at the beginning of the match.

"We started with a misplaced pass and (Wojciech) Szczesny made an extraordinary save, which could've easily been a penalty, but after a quarter of an hour we started to play," Allegri said.

Szczesny almost gifted Sassuolo an equalizer as he scuffed a clearance way out of his area but Domenico Berardi's long-range attempt was just wide of the open goal.

Juventus was again without its famed BBC defense of Andrea Barzagli, Leonardo Bonucci and Giorgio Chiellini but will be hoping to have them back for the first leg of the Champions League match at Atletico Madrid on Feb. 20.

Ivan Perisic and Radja Nainggolan appear to be back to something resembling their best form and helped halt Inter Milan's miserable run.

Nainggolan set up substitute Lautaro Martinez with a delightful threaded pass for the Argentina forward to fire Inter to a 1-0 win at Parma on Saturday.

It was the first time Nainggolan had been involved in an Inter goal since Nov. 3, when he scored the last of his three goals for the club. The 30-year-old Nainggolan, who has had injury problems, has struggled since joining from Roma in the offseason in a deal which valued him at 38 million euros ($44.3 million).

"I hope to have no more physical issues, I'm doing everything to prevent them," he said. "I thank the club because they're allowing me to work at my best and it's on me now to repay everyone's trust in me."

Perisic, who had been jeered during the team's loss to Bologna the previous weekend, was impressive as he settled back into the team after a potential loan move to Arsenal fell through following his transfer request.

"Perisic put in a great performance," Inter coach Luciano Spalletti said. "He reacted like a great player in response to the noise surrounding him.

"Nainggolan also demonstrated that he's on the right path. He showed some quick bursts, and this is something we haven't seen for a little while."

The victory at Parma ended a four-match winless streak for Inter in all competitions.

Cagliari might be wishing it wasn't able to make the trip to Milan after all.

The team was prevented from leaving its training ground to get its flight to Milan on Saturday by dairy farmers protesting against the price of milk.

They wanted the Sardinian club to abandon the game with Milan and negotiated with Cagliari's general director Mario Passetti.

The team was only allowed to leave after several players were filmed kicking over pails full of milk in a gesture of solidarity.