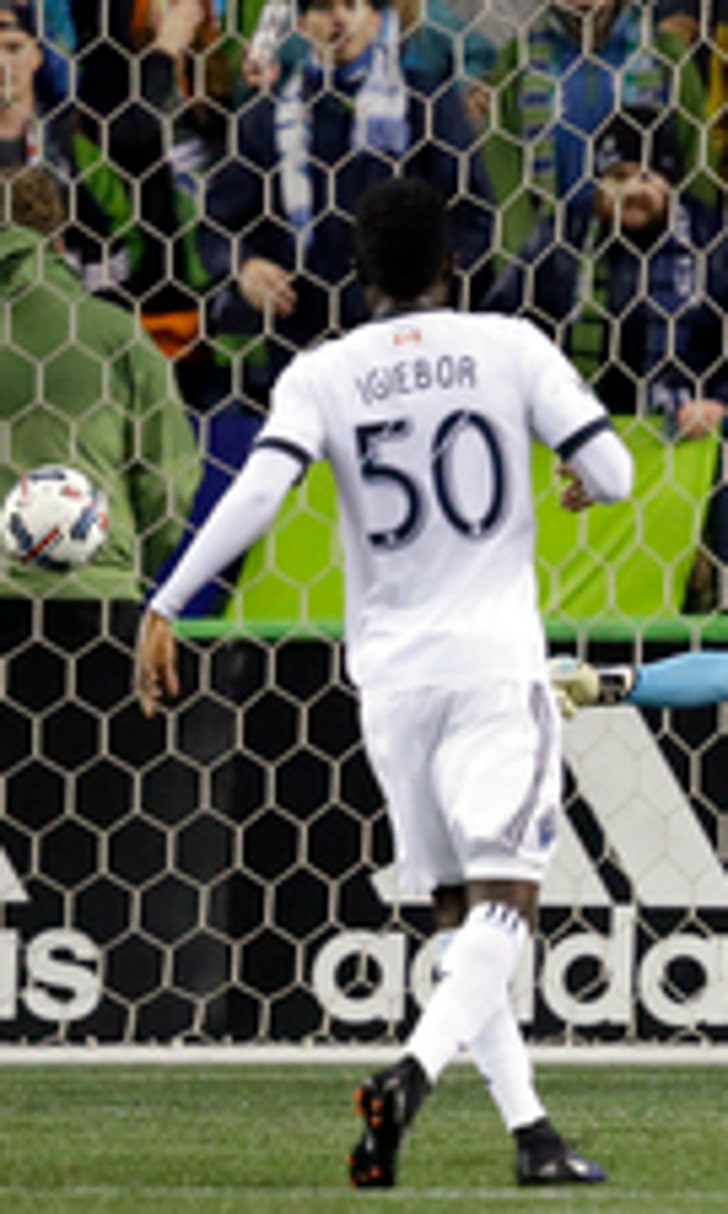 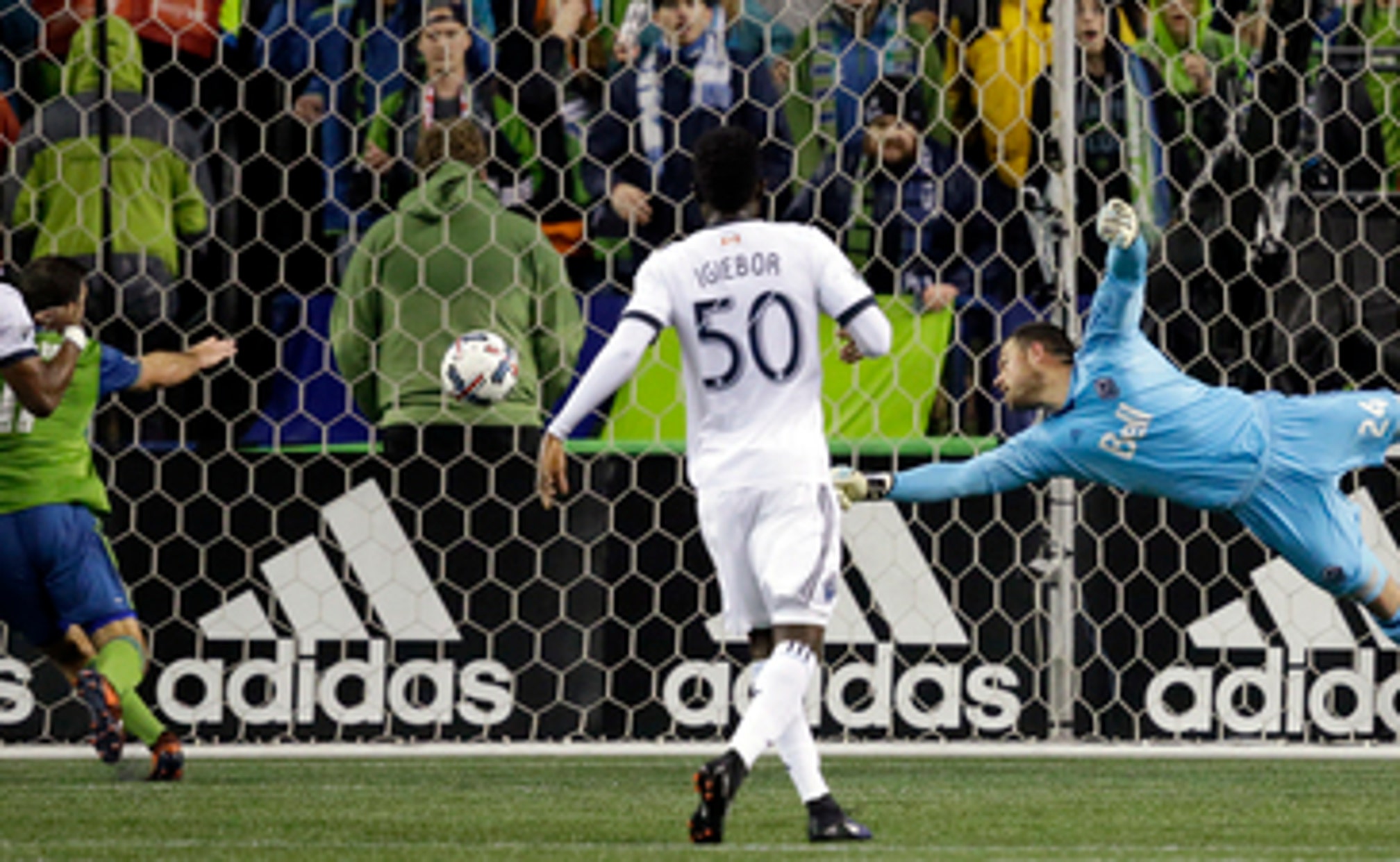 SEATTLE (AP) The past seven times the Seattle Sounders were in a playoff game, Clint Dempsey was stuck being a spectator.

Finally back on the field in an elimination game, Dempsey made up for the lost time.

Dempsey curled a left-footed shot past Vancouver goalkeeper Stefan Marinovic early in the second half for his first playoff goal in two seasons, added a second goal in the closing minutes, and the Sounders beat the Whitecaps 2-0 on Thursday night to advance to the MLS Western Conference finals.

Seattle advanced out of the two-leg conference semifinals after the sides played to a 0-0 draw in the first-leg last weekend in Vancouver. The defending MLS Cup champion Sounders will face Houston or Portland in the conference finals.

''Once we got the first goal, it opened up the game and we just kept getting better and better looks and there could have been a few more,'' Dempsey said.

The Sounders controlled possession throughout but were unable to break down the Whitecaps until a series of passes started by Cristian Roldan found the foot of Dempsey at the top of the penalty area in the 56th minute. Roldan's run was moved along by a nifty back-heel pass by Will Bruin and eventually got to Dempsey for his fifth career playoff goal.

Dempsey added a second goal in the 88th minute as Vancouver was disorganized on a corner kick. Victor Rodriguez found Dempsey open at the back post, sending the crowd of 39,587 into a frenzy and providing a bit of relief for the Sounders.

Dempsey has 14 goals overall this season, coming back from an irregular heartbeat that kept him a spectator for Seattle's championship run a season ago. Dempsey was also suspended for the first-leg against Vancouver after picking up a red card in the regular-season finale against Colorado.

''Anytime you can play in playoff games and contribute in a good way it feels good,'' Dempsey said. ''I don't look at it like that, like I missed out. I'm excited to be playing now and make the most of the time I have left.''

Vancouver missed on its chance to reach the conference finals for the first time since joining MLS in 2011. The Whitecaps were in the conference semifinals for just the second time; they lost to Cascadia rival Portland in 2015.

A draw would have been enough for Vancouver to advance on the road goals tiebreaker, but even after Seattle took the lead, Vancouver was unable to mount much of an offensive attack. The Whitecaps finished with just one shot on target, which Seattle goalkeeper Stefan Frei saved.

''Over the two legs we didn't have enough quality to get through,'' Vancouver coach Carl Robinson said.

Seattle appeared to have a legitimate complaint when Nouhou Tolo was pulled down in the penalty box by Jake Nerwinski midway through the first half, but referee Baldomero Toledo chose against making the call even after video review. Seattle also had a chance in the dying seconds of the first half when Dempsey's flying volley beat Marinovic but bounced just wide of the far post.

Seattle Sounders FC
share story
those were the latest stories
Want to see more?
View All Stories
Fox Sports™ and © 2020 Fox Media LLC and Fox Sports Interactive Media, LLC. All rights reserved. Use of this website (including any and all parts and components) constitutes your acceptance of these Terms of Use and Updated Privacy Policy. Advertising Choices. Do Not Sell my Personal Info