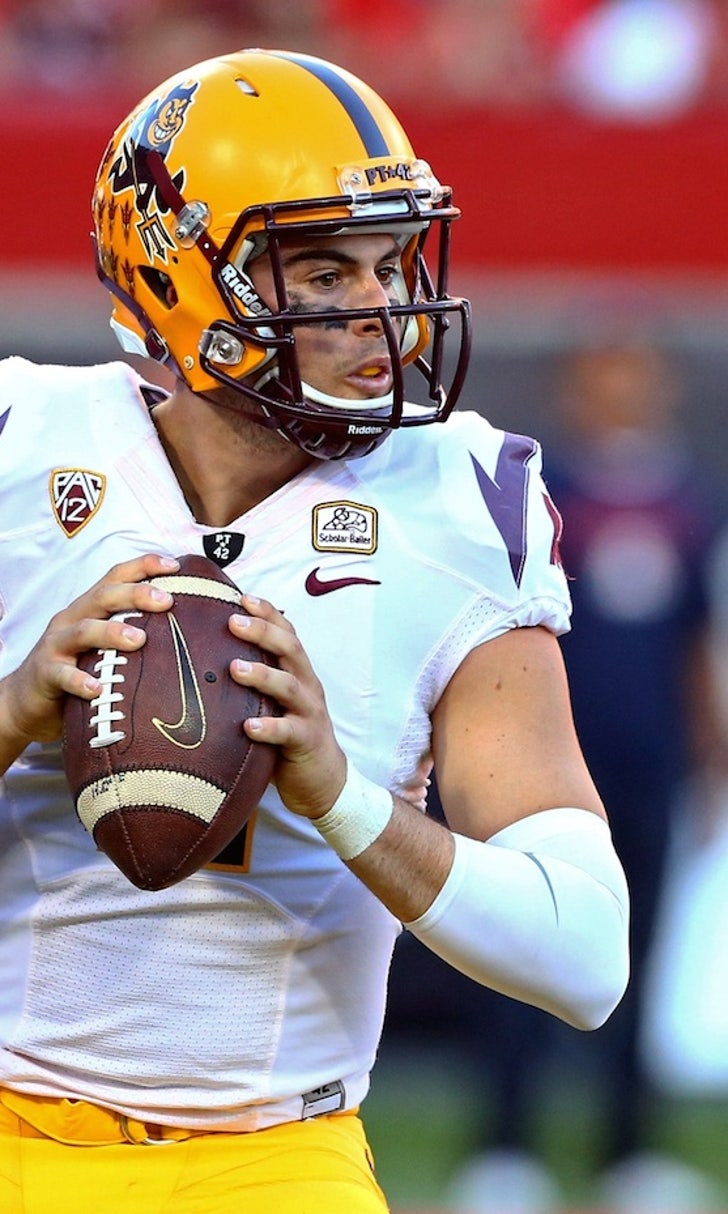 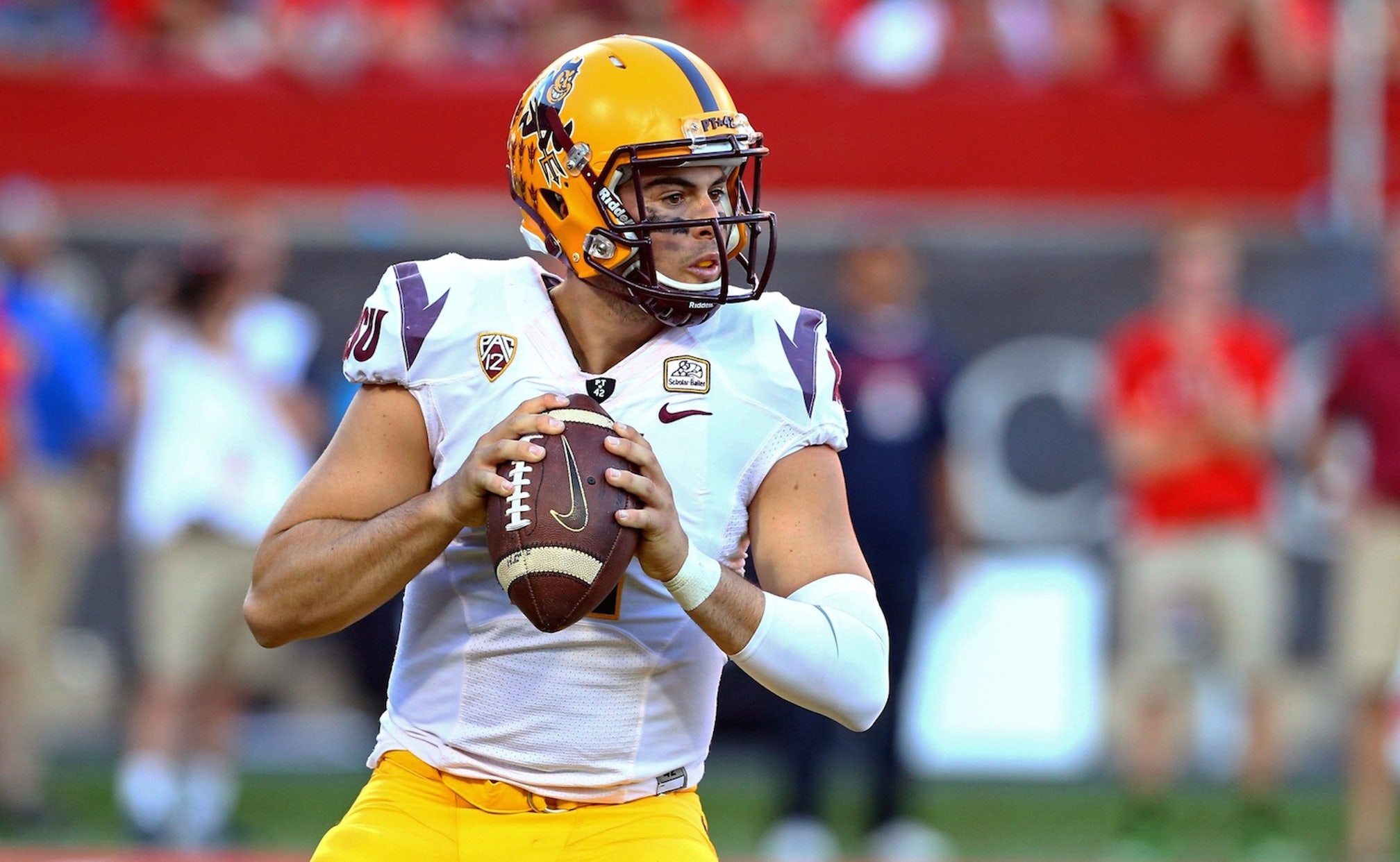 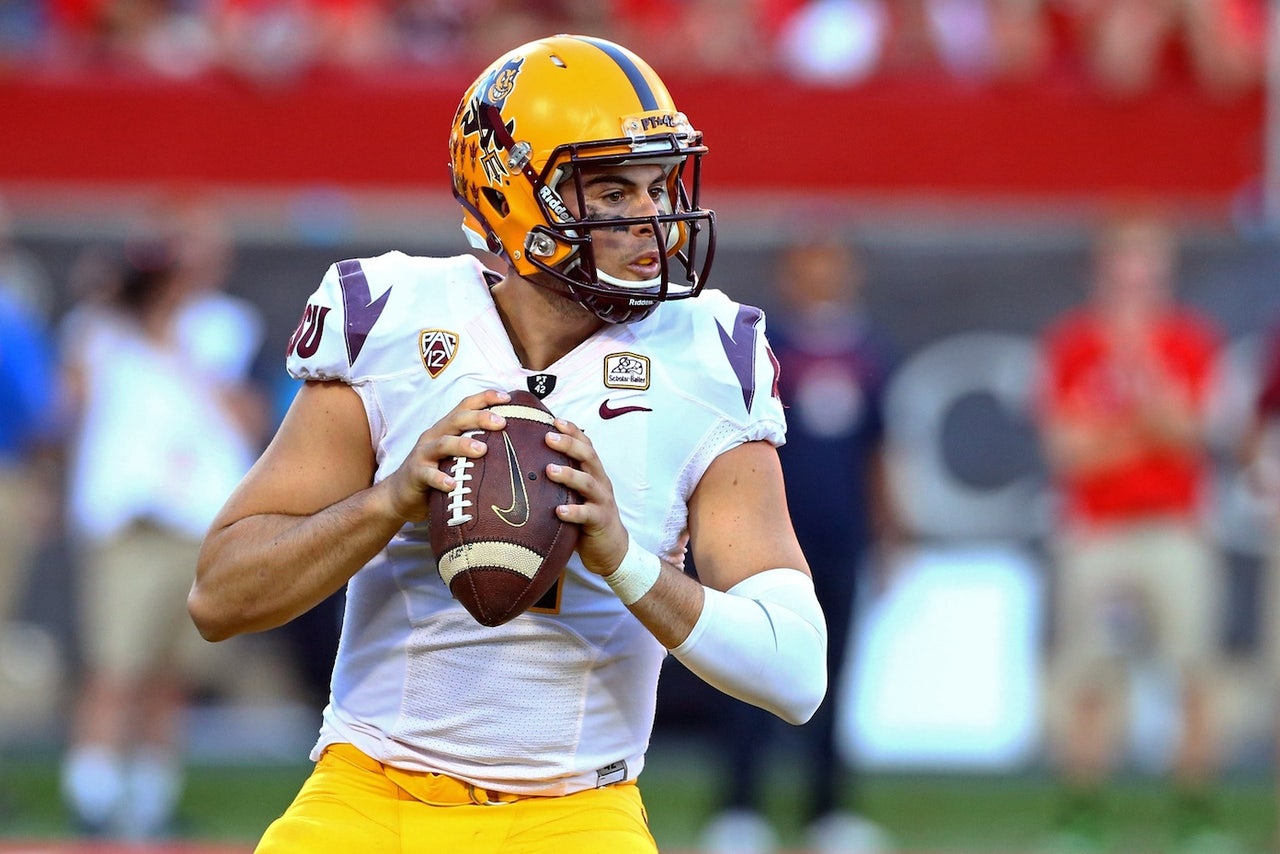 Each Monday, WhatIfSports.com's college football simulation engine generates predictions for every Division I FBS game for the coming week. Our highly sophisticated algorithms simulate every play of every game to produce each team's likelihood to win. Each matchup is simulated 101 times.

Check out our 2014 performance to view our accuracy last season, when we correctly picked the winner in 77.6 percent of all games involving FBS teams.

Game of the Week: Arizona State vs. Texas A&M

The offseason doldrums are finally coming to a close as the 2015 season kicks off with North Carolina at South Carolina and Florida International at UCF on Thursday, September 3. While we'll definitely be tuning in, those contests didn't earn the distinction of our Game of the Week. The honor goes to Arizona State vs. Texas A&M, a Saturday evening matchup at NRG Stadium in Houston.

Billed as a "neutral-site" matchup, Texas A&M has a clear proximity advantage. College Station is just 100 miles from Houston, while the Sun Devils will be traveling more than 1,000 miles east. The Aggies may also have an offensive advantage, as points are never in short supply with Kevin Sumlin at the helm. During his three-year tenure, A&M have averaged 517.4 yards of total offense and 41.3 points per game, both tops in the SEC. Despite the firepower, the Aggies are trending in the wrong direction, winning 11 games in 2012, nine in 2013 and eight last season.  The problem can easily be traced to the defensive unit. During the same three-year span, the Aggies ranked last in the SEC in total yards allowed, surrendering 438.9 yards per game.

That could all be changing with the hiring of John Chavis as the team's new defensive coordinator. Chavis served in the same capacity at LSU from 2009 through 2014, fielding many impressive squads. Last season, LSU held opponents to 316.8 yards and 17.8 points per game. If Chavis can replicate that success at A&M, the results could be scary.

Arizona State is hoping it will take a few seasons - or at least a few games - for Chavis to work his magic. The Sun Devils offense will be led by Mike Bercovici, who broke onto the scene in 2014 as a replacement for the injured Taylor Kelly. In a three-game stretch against UCLA, USC and Stanford, Bercovici tallied 1,243 yards with nine touchdowns, two interceptions and one Hail Mary. It remains to be seen how he'll perform as a fulltime starter.

The Sun Devils will be without the services of wide receiver Jaelen Strong, who will be suiting up for the Houston Texans after being selecting in the third round of the NFL Draft. To fill the void at receiver, running back D.J. Foster is converting to the position. Though he led the team in rushing yards in 2014 (194 carries for 1,081 yards and nine rushing TDs), Foster also accumulated 62 receptions for 688 yards.

So which team comes out on top? We simulated the matchup 101 times and it's the Sun Devils winning 57.4 percent of the time by and average score of 31.6-28.8. For the rest of this week's predictions, check below: