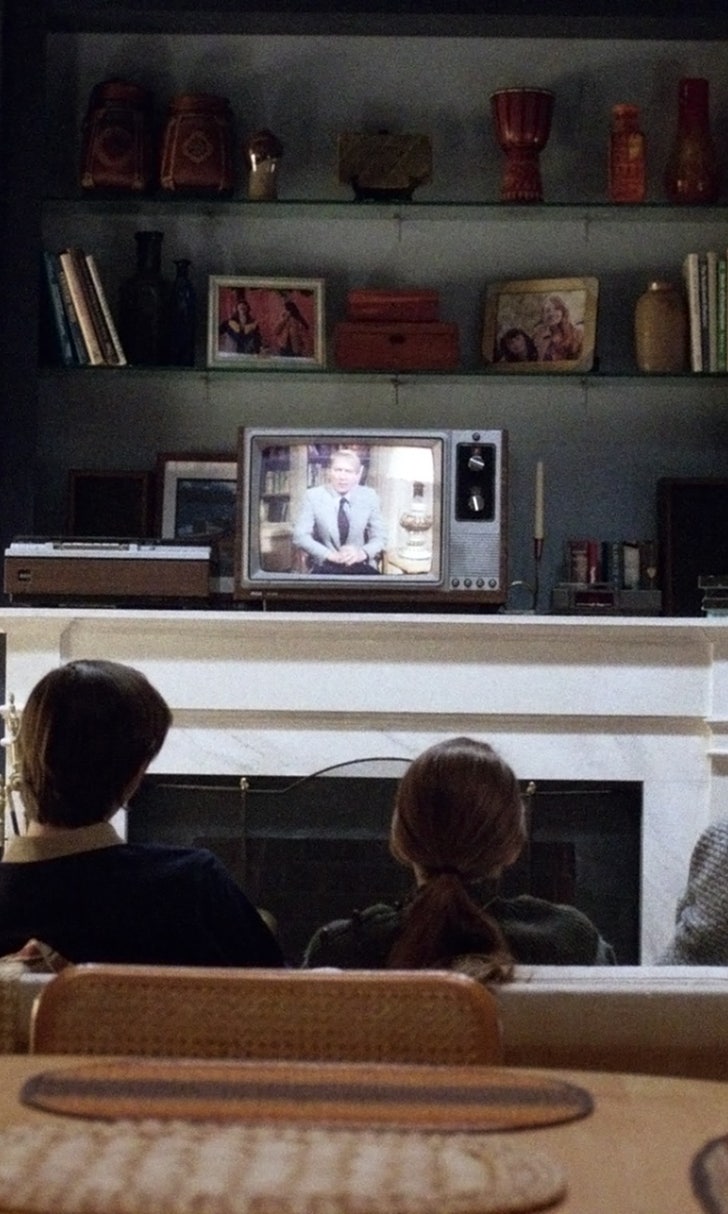 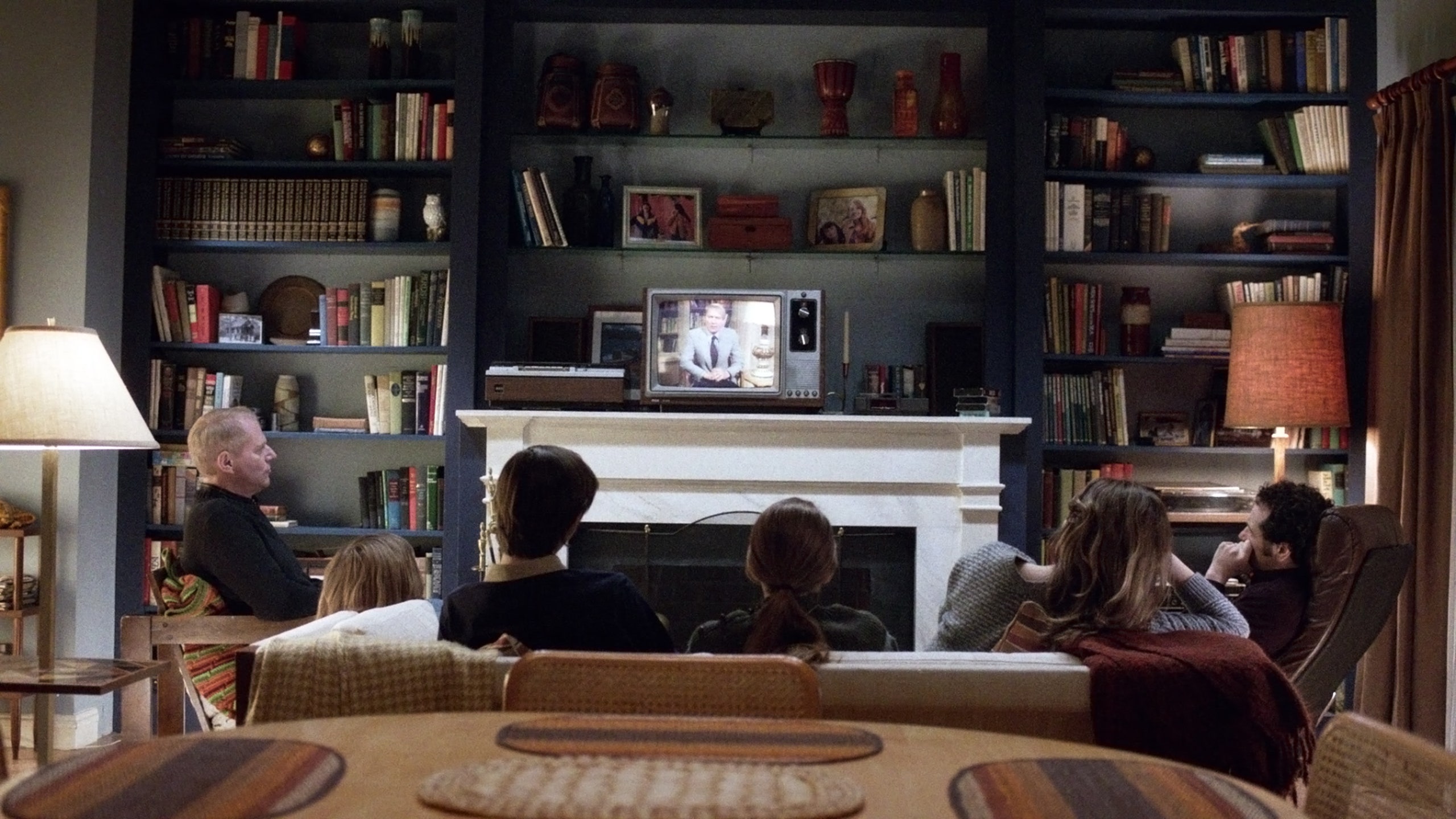 The Americans Review: The Day After

He didn't give a shit how we got the job done, just as long as we stopped the Russians. -- Stan Beeman

I was just five years old when The Day After premiered on ABC, and truthfully knew very little about the film until very recently. If I were a little older, I might have known long ago that over 100 million viewers initially tuned in to watch a television movie illustrating the potential product of nuclear annihilation. As the Cold War continued, all of a sudden the country saw a depiction of the struggle's potential results. The stakes couldn't possibly have been higher, and everyone had paramount equity in protecting him or herself from the foreign menace. Maybe more fundamentally, a citizen believed in shielding his or her family from the horror that might accompany a missile or a bomb dropped in an American city.

Tonight's episode of The Americans showed virtually every character still alive and currently relevant in Weisberg's fictionalized D.C. watching the film. The Jennings family watched with the Beemans, Oleg watched with his colleague and now girlfriend, and William and Arkady viewed the movie by themselves.

Prior to the movie sequence, we were treated to a more lighthearted start, showcasing Philip teaching his daughter how to drive and schooling Stan on the racquetball court. The episode would get much heavier -- no question -- but Philip was still in "vacation" mode to some extent. His wife, well she was ready to get back to work, and she didn't have to shake off any rust from her down time.

Although Stan confided in Philip about his recent breakup and his issues at work, it was still a weightless start, which then made the dramatic shift to The Day After that much more powerful. We see people living their lives, trying to do the best they can, falling short in some goals but always fighting for a friendship and a romance, caring for children, and just living on this planet.

Then John Cullen emerges on the television and warns the viewing audience to either restrict children from watching or to share in the experience and be available for questions and support after the imagery to come. No one spoke as the scene continued, though there was at least a split-second where we might have seen a budding crush between Matthew and Paige, or maybe I read too much into that glance.

Also, Oleg's landed on his feet, even though his pillow talk could definitely use a little work. He and Tatiana talking about a near catastrophe due to outdated technology was a bit of a mood killer, but they had just disturbed anyone within ear shot during Soviet coitus, so it wasn't as big of a deal.

Back to The Day After, 1983 was a frightening time, and The Americans uses the backdrop of tension between the United States and Russia to frame its entire narrative, so making sure The Day After came across correctly was enormously important. Luckily, this is The Americans, so there was never any doubt the show would pull it off and do so with relative ease.

It's never enough for them. I don't trust us with it. - William

William is growing on me, because unlike many Dylan Baker roles through the years, he has a moral compass. Despite his professional responsibilities, he doesn't love the idea of playing any role in maintaining a hemorrhagic virus that causes organs to liquefy and blood to seep through the skin. He reaches out to Philip and is more open about it because he senses his comrade's own conscience, especially after the Martha situation and the Gabriel scare. Unfortunately, Elizabeth convinces her husband to stay the course, and William has to try not to die in one of the most excruciating ways possible while dealing with the virus.

Regardless of my disagreements with William's politics, I have to say we've found some common ground with one another. When a conservative can stand with a Communist, I think you'll agree that's progress. Also, I'm pulling for him to survive. We've accomplished quite a bit today. I'm proud of us... Jason and William. We're growing as casual acquaintances that have been taught to despise one another. Maybe EST does work.

Elizabeth is one cold-blooded dame. Rivaling Philip on the bus from early in the season, what she ended up doing to Don was tough to watch, but impossible to look away from at any point. And, just like Tainted Love in that scene, here we got Peter Schilling's Major Tom. I saw an Alan Sepinwall tweet a few months ago that mentioned how shows, particularly this one, can make it impossible to hear certain songs the same way ever again. I said something similar after Soft Cell's appearance, and it's true yet again. Not that I knew this tune all that well, but I'll never forget it.

Poor Don falls into the Patty trap, which involves wine with an added kick, followed by unprovoked nudity, a plethora of deep sleep, and a potentially destroyed marriage. What's even more infuriating is he didn't actually cheat, and while his pseudo-adulterous taste was impeccable, he never even approached a sin. Can you even fathom NOT doing something horrendous, even fighting against it before a drug knocked you out, and then waking up in a compromising position? He thinks he's evil and he's not, but it's meaningless because he'll never know the difference. Don didn't even reciprocate a kiss, but thinks he's decimated his family. That's vile, and Elizabeth seemed to almost give a damn about her actions, but as with everything the Centre requires, it's about something bigger than her.

She also loses a friend she grew to like and clicked with, although we haven't seen that pairing come to an end just yet. But when a woman screws another woman's husband, I imagine those two females won't be sharing a trip to the movies anytime soon. Young Hee will not understand, and it's going to be messy once it all goes down. Not to mention, Elizabeth found the porn stash during her babysitting half-con. She did take care of the kids, but that was secondary to finding leverage against Don. She didn't use it, but she has it if necessary. So much for him being "pretty clean." He needed a Swiffer to escape this one.

Pastor Tim and Alice are headed to Ethiopia as part of a mission trip experience, but before they leave, Paige's spiritual mentor can't help but get nosy with Philip. It's probably a good thing he came to the father and not the mother, because Liz might have broken a heel off in his eye socket before he ever made it to the airport. This way, he might not die until he gets back from the journey. He wants to meet with them when he returns, "to see where we're at." Avoid the local cemeteries, Timbo.

Tim questioning how Paige is doing emotionally might have led to a driving lesson in the Camaro, but in general, Philip was very much "just a good father" during the entirety of the episode. The only variations on that theme occurred when he met with William, who undoubtedly lives the most depressing life this side of Martha Hanson. The William spinoff would be unwatchably dark, because it would consist of multiple scenes of him standing in a dimly lit laboratory attempting not to kill someone. He would then walk home to heat up an old can of soup in a silent kitchen, occasionally staring at a dusty television the size of an iPad mini. Forget a woman, this dude just needs a friend. Anybody.

Then maybe a woman.

Racquetball with Stan and Philip was fun, especially when you consider you're watching an FBI agent competing with a Russian spy. You have to imagine Philip was extra-interested in winning, because he knows who the other guy is and Stan just thinks his neighbor is...his neighbor. Watching that game did remind me of my childhood, in that I wore that style of tube socks, as did everyone who grew up during that time.

They were never cool, and I wish I could go back and tell my younger-self to get ahead of that curve. It's just a bad look. How did it ever become a thing? Tube socks and Miller High Life in back to back weeks. What's next?

We're careening to the finish line, but who will be there to meet us when we cross it? Last week, The Americans partially reset itself when Philip and Elizabeth reached a breaking point, but it's not like the car magically stops overheating without a real fix. I'm not sure we repaired that water pump or replaced that radiator in the Camaro. We just turned the car off for a while. The temperature is waiting to explode all over again.

And if I were Pastor Tim, I'd buff and shine that vehicle on a daily basis, Biff Tannen style, and pray it's enough to keep the garrote away from my throat.