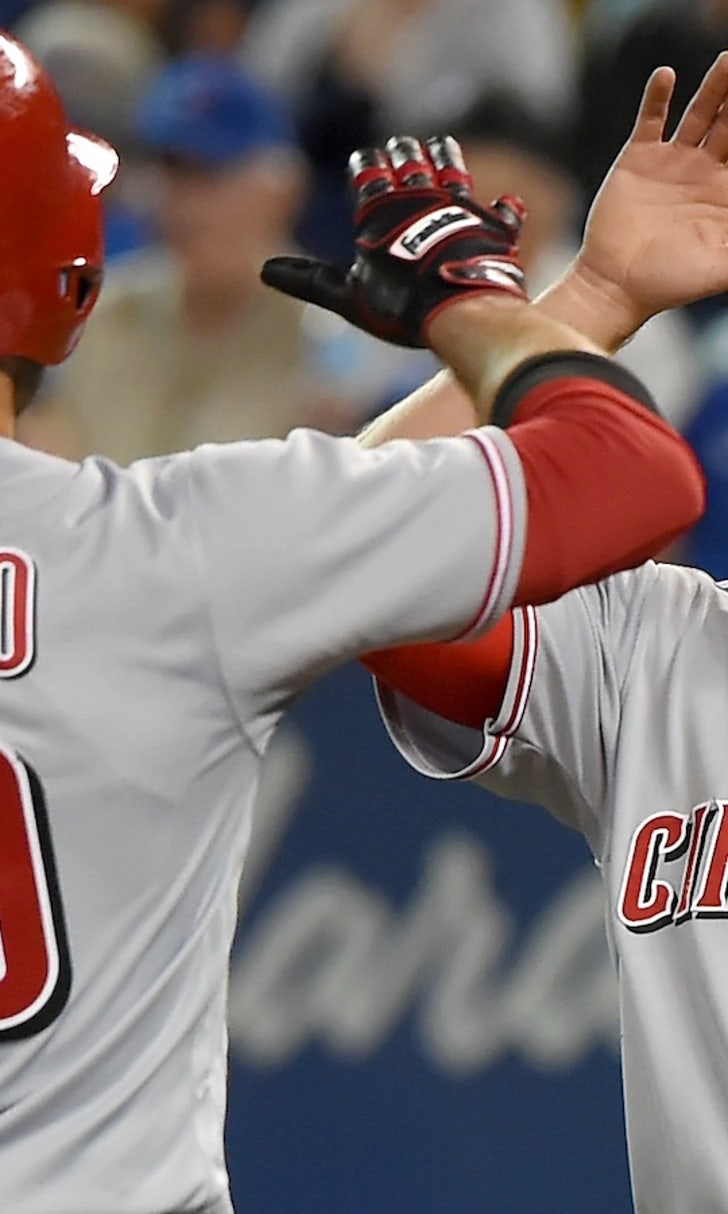 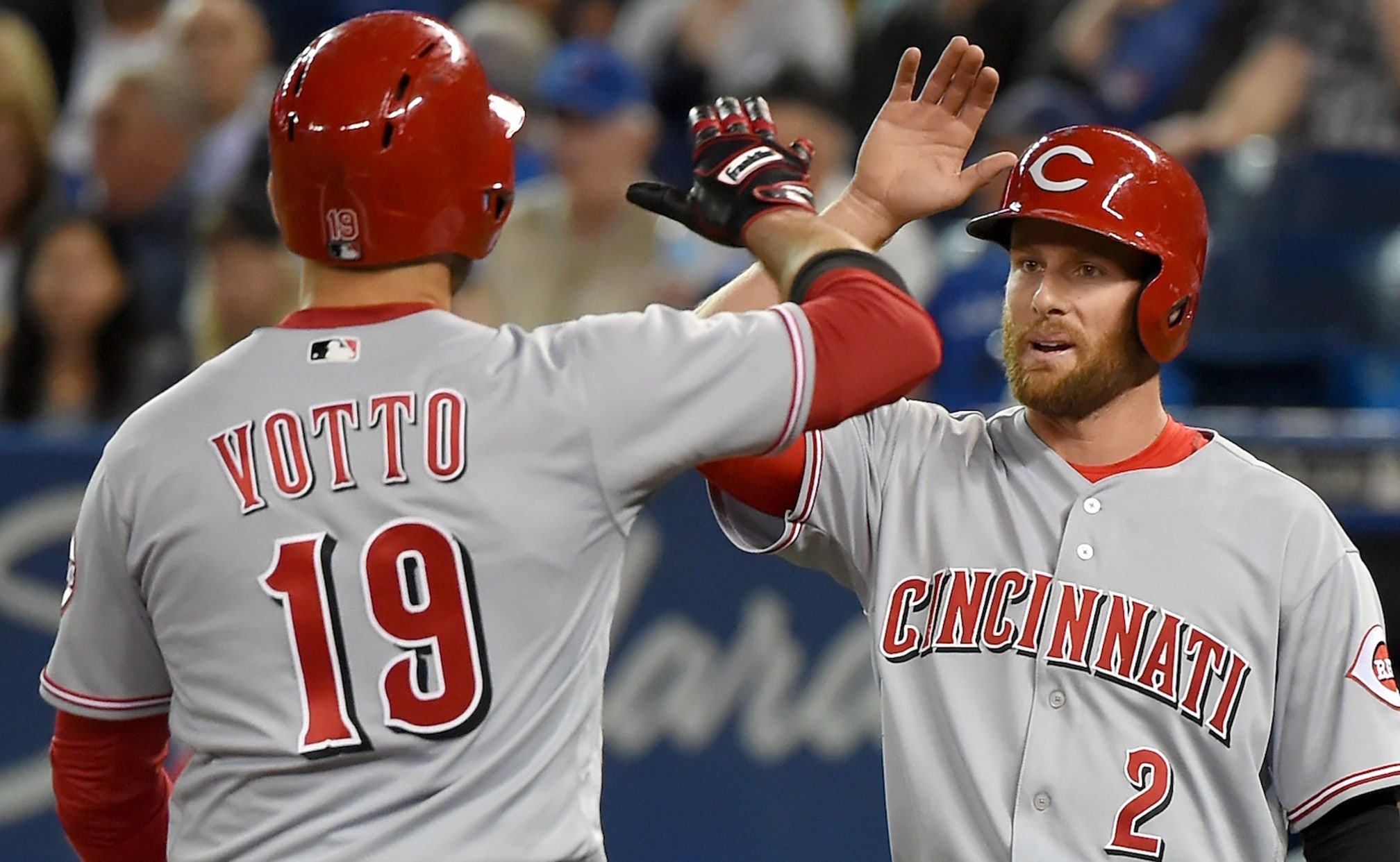 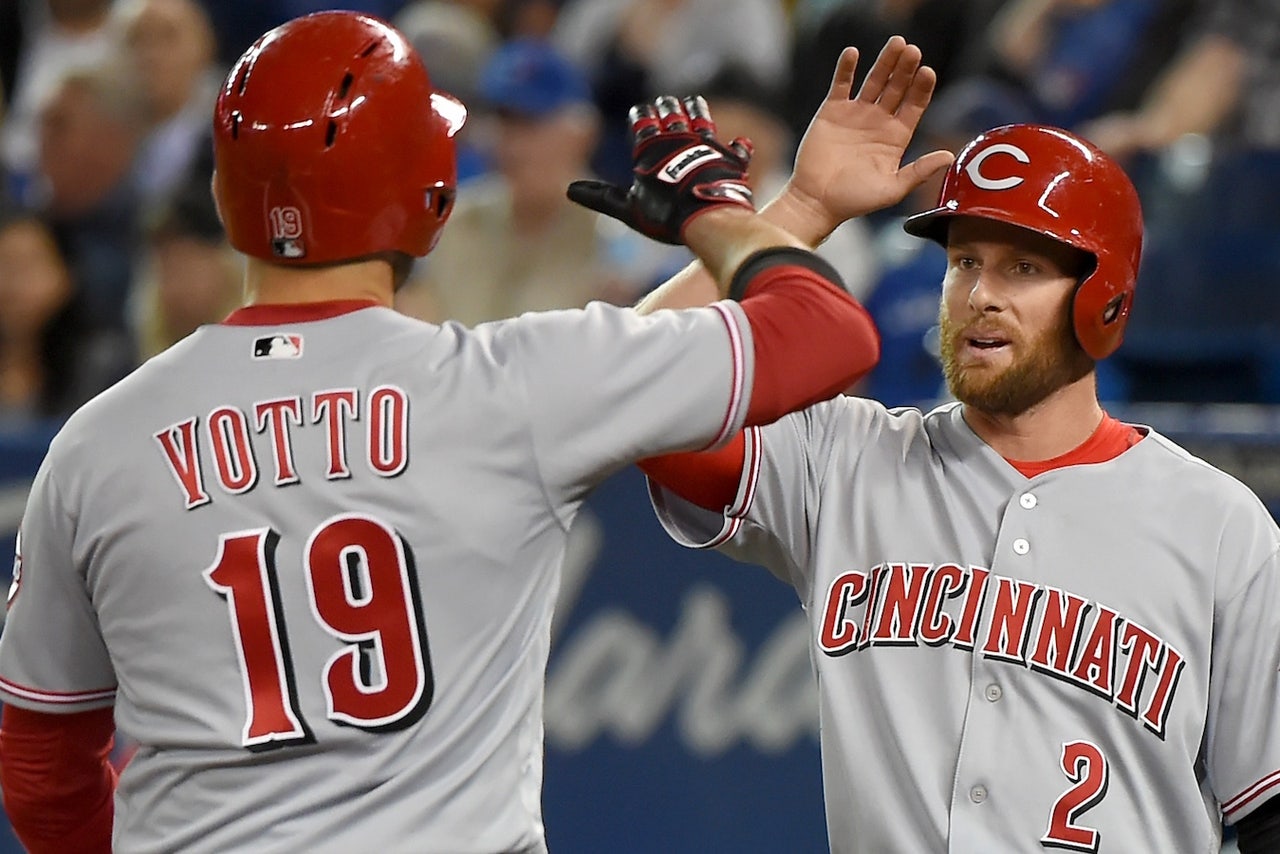 Jason Grilli (2-4) pitched one inning for the victory as the Blue Jays won for the eighth time in nine games and finished May at 18-10. Toronto hit 49 home runs in May, going deep in 18 of its final 20 games.

Joe Smith worked the eighth and Roberto Osuna survived a shaky ninth for his 11th save.

Scott Schebler homered on Osuna's first pitch, his NL-leading 16th. A single, Ryan Goins' fielding error, and a stolen base gave the Reds runners at second and third with one out, but Osuna preserved the win by striking out Billy Hamilton and Zack Cozart.

Travis, whose 13-game hitting streak ended Tuesday, snapped an 0-for-6 slump by connecting off Wandy Peralta (2-1).

Joey Votto hit a two-run homer for the Reds, who lost for the fourth time in five games.

Votto homered for the second straight game when he connected off Mike Bolsinger in the first, his 14th.

Toronto halved the deficit in the bottom half on Kendrys Morales' sacrifice fly, but Cincinnati's Jose Peraza made it 3-1 with an RBI double in the second.

The Blue Jays tied it on Maile's drive off Tim Adelman in the fifth.

Travis homered on a two-out, full-count pitch in the seventh inning, his fifth.

Home plate umpire Carlos Torres went down in pain after taking Chris Coghlan's foul tip off his left knee in the fourth. Torres received attention from the Blue Jays training staff and was able to continue.

Reds: LHP Amir Garrett (right hip) is expected to throw a bullpen session on Thursday's off day and could return next week, manager Bryan Price said.

Blue Jays: 3B Josh Donaldson and SS Troy Tulowitzki were held out of the starting lineup for the matinee series finale. Both returned from the DL last Friday.

Reds: After an off day Thursday, RHP Bronson Arroyo (3-4, 6.62) gets the start Friday as Cincinnati returns home to begin a three-game series against Atlanta. Arroyo is 0-2 with a 6.75 ERA in his past four starts. RHP Mike Foltynewicz (3-5, 4.44) will start for the Braves.