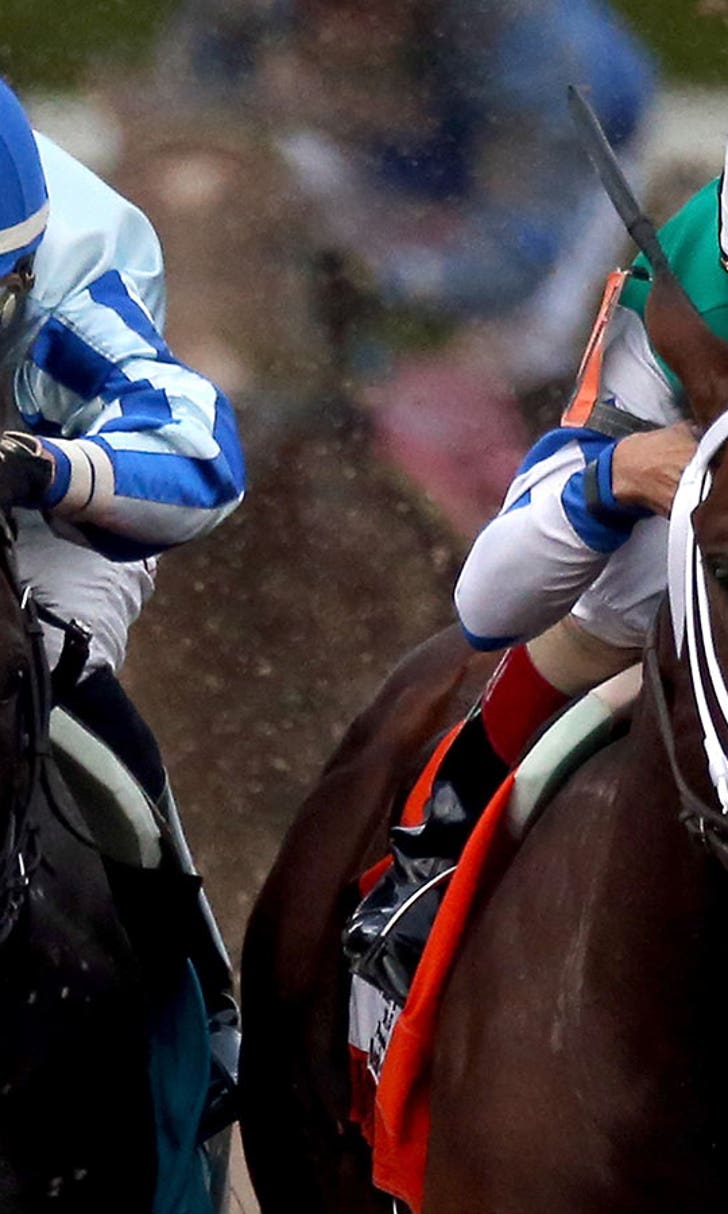 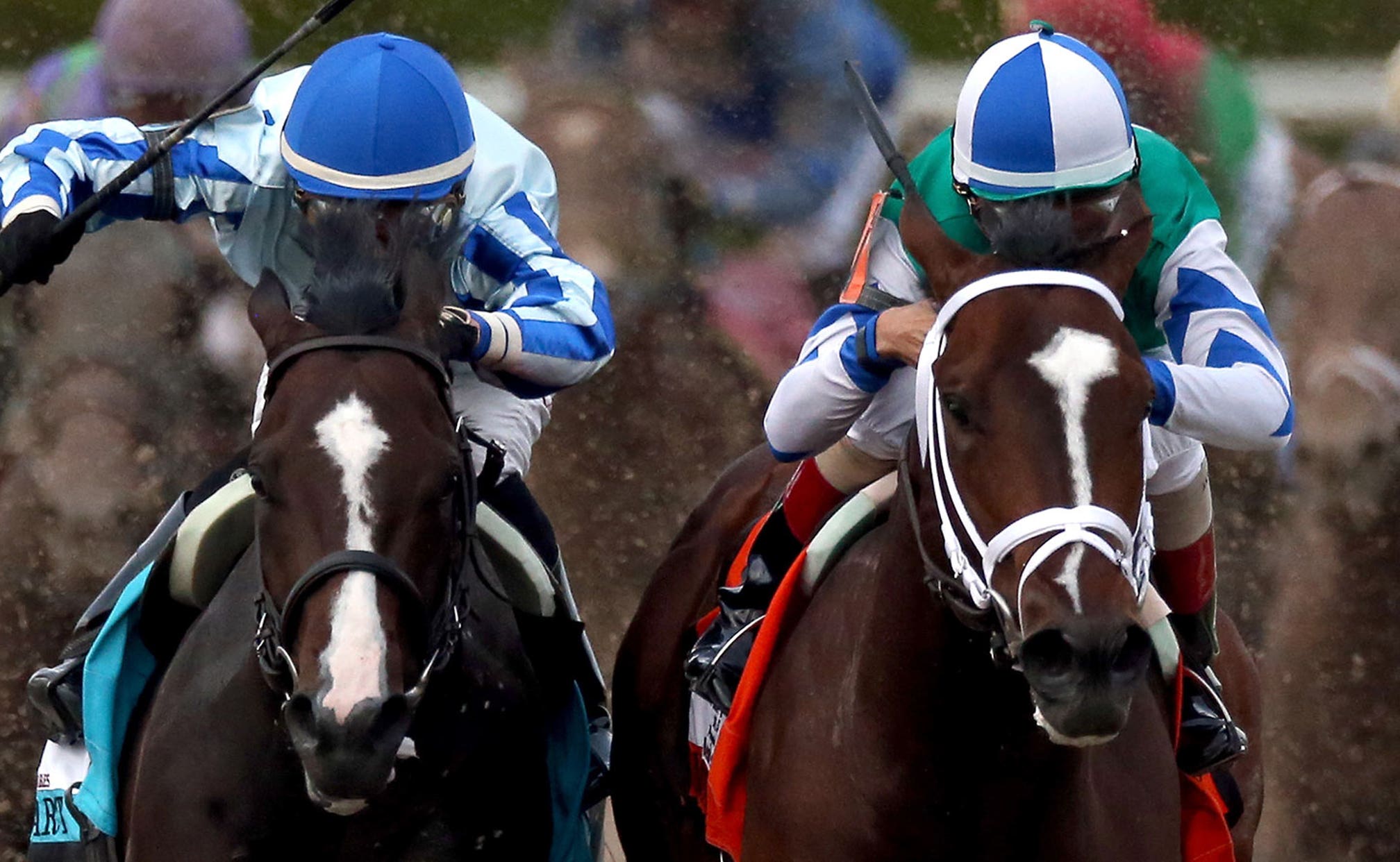 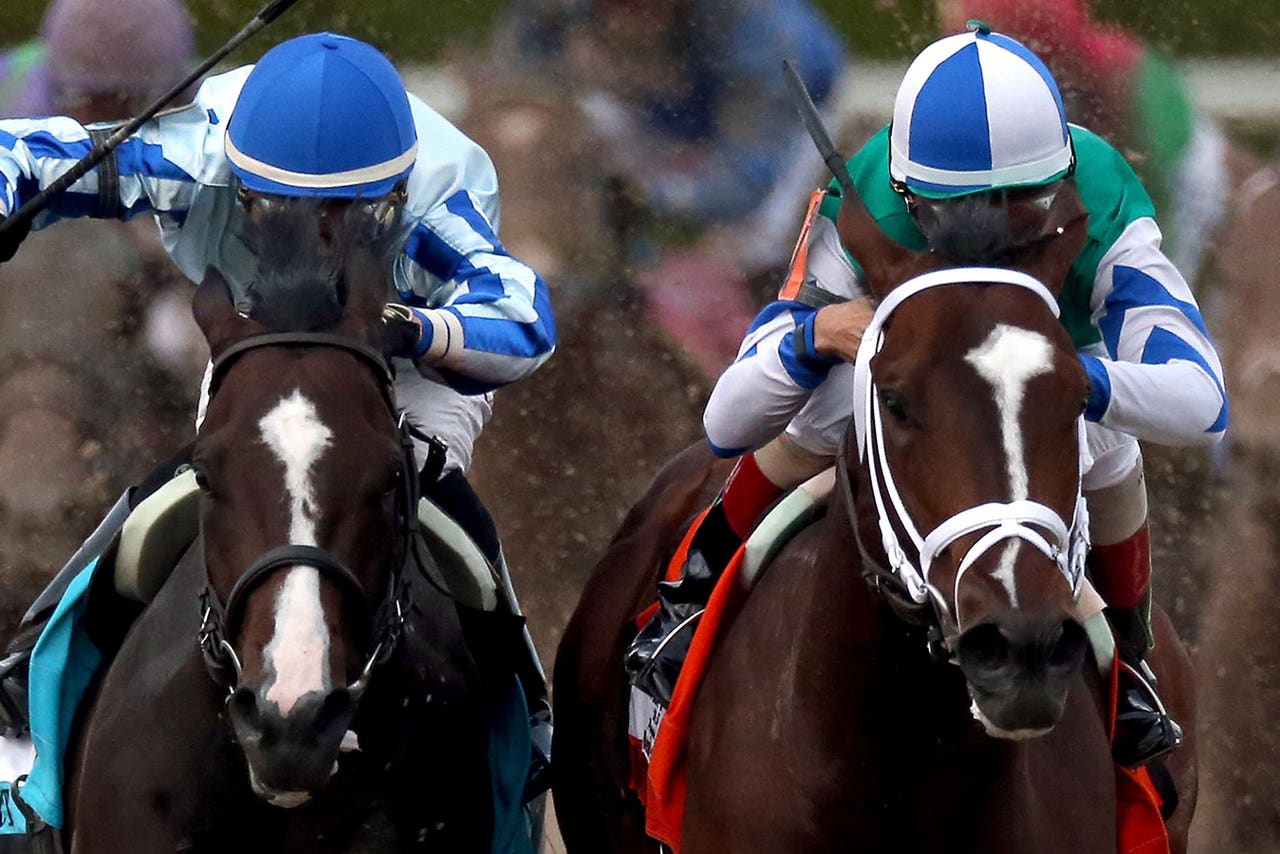 By the time Materiality and Upstart hit the top of the stretch, the other seven horses in the Florida Derby field were afterthoughts.

It was basically a match race, and Materiality never gave up the lead.

Staying perfect in three career outings, Materiality announced itself as potentially a big contender for the Kentucky Derby with a win for jockey John Velazquez and trainer Todd Pletcher in the $1 million Florida Derby at Gulfstream Park on Saturday - finishing the 1 1/8 miles in 1 minute, 52.30 seconds and returning $5.60 for the win.

''It shaped up exactly as Johnny and I talked right after the previous race kind of how it might set up,'' Pletcher said.

The final margin was 1 1/2 lengths for Materiality, which was sent off at 9-5 by a huge crowd on the signature day of Gulfstream's championship meet. Upstart was the even-money favorite.

Under the points system now used to determine the Kentucky Derby field, Materiality now certainly has enough to get into the Run for the Roses. The Florida Derby win was not only worth $600,000 in purse but 100 points in the all-important standings.

Ami's Flatter was third, a whopping 14 lengths back of the winner.

The rest of the finishing order had the previously unbeaten Itsaknockout in fourth, followed by Dekabrist, Indianaughty, My Point Exactly, Quimet and early leader Jack Tripp.

Upstart was three-wide into the first turn, as 60-1 long-shot Jack Tripp settled on the lead, just ahead of Materiality - and with a half mile to run, the favorites took their spot well ahead of the field.

They hit the top of the stretch together, no one else having a shot at that point.

Materiality was on the inside, Upstart just off his right. And while Materiality seemed to come inside and knock Upstart off his path just a bit, no inquiry was announced and the result was soon confirmed as official.

Upstart lost the Fountain of Youth at Gulfstream last month after crossing the line first, but being taken down to second after an inquiry determined he impeded Itsaknockout in that race.

But this time, no human opinions came into play.

Upstart started on the outside of the field of nine, a post that trainer Rick Violette lamented having at the draw.

After the race, he said the post was too much to overcome.

''I don't want to hear from the guys that say `Don't worry about the nine hole,' because it made all the difference,'' Violette said.

Once again, Pletcher - who has more Eclipse Awards as the sport's top trainer than anyone in history - played a hunch that proved correct by slotting Materiality in the Florida Derby only three weeks after its last outing.

Plus, this one was taking a shot way up in class, too. Materiality had earned $60,828 in his first two starts, and earned about 10 times that in just under 2 minutes on Saturday.

''Our biggest concern was coming back after 22 days off a really huge effort,'' Pletcher said. ''We felt like he was showing us all the right signs.''

The Florida Derby was one of seven graded stakes on Saturday's 14-horse crowd at Gulfstream, with the total purses in those events alone adding up to $2.15 million.