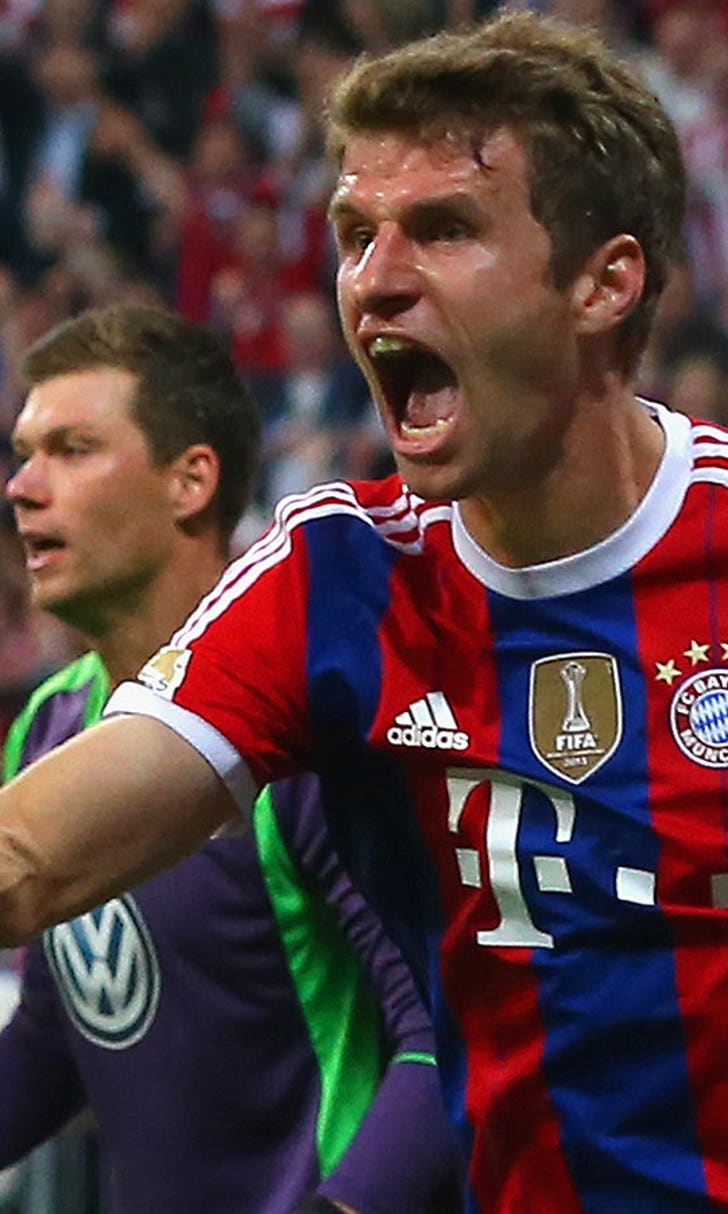 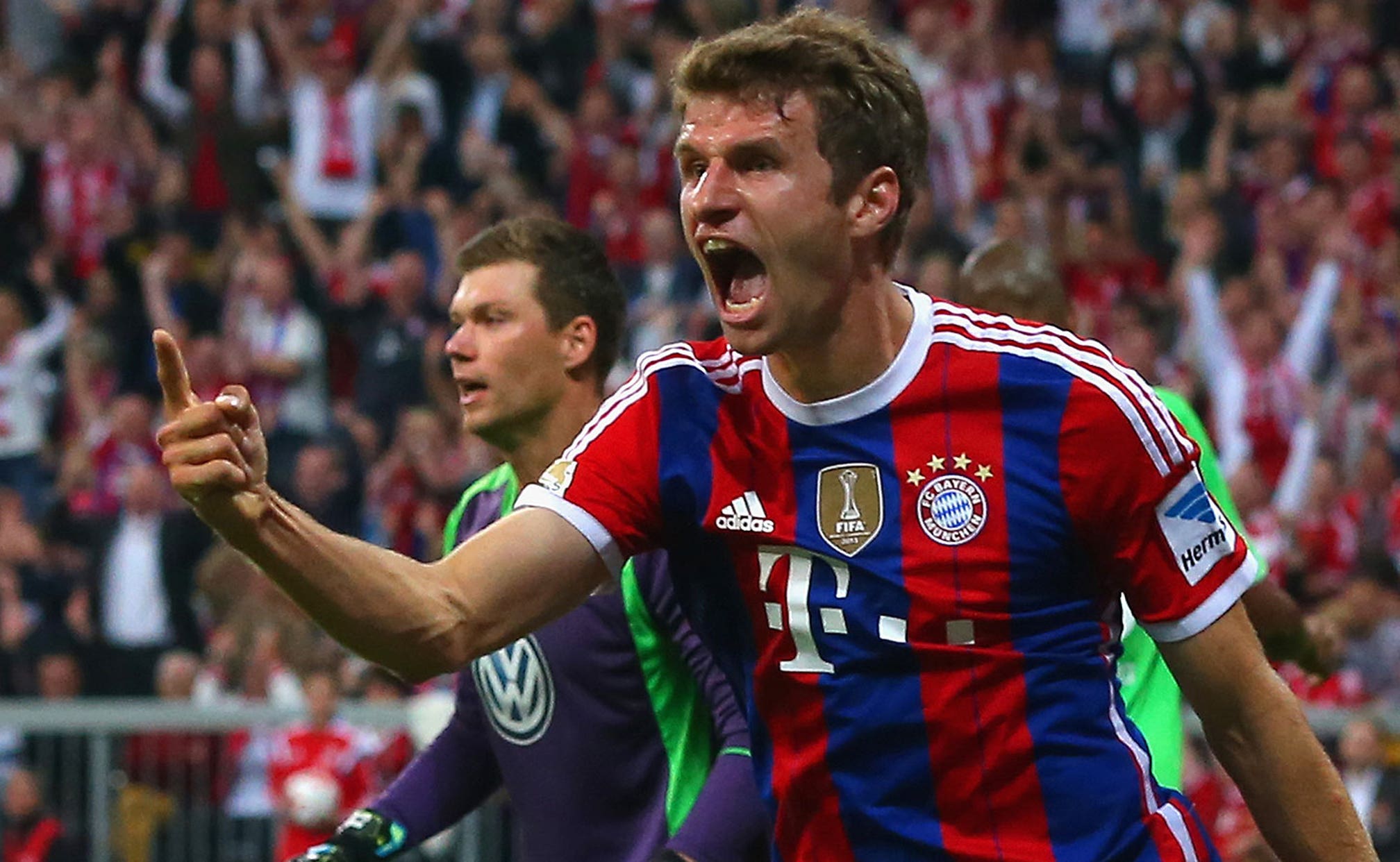 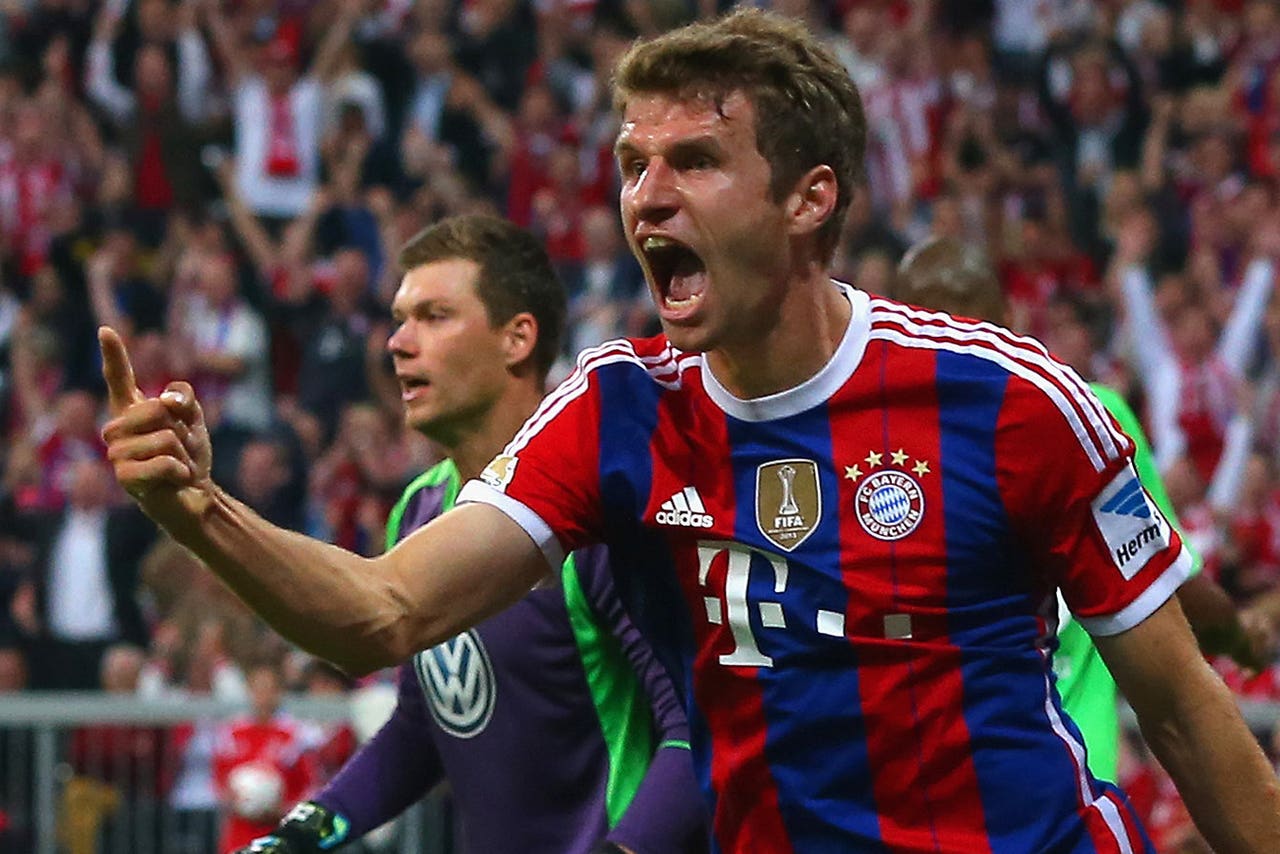 Manchester United are looking to exploit the rift between Thomas Muller and Bayern boss Pep Guardiola by snapping up the German international and World Cup winner.

Manchester City believe they can land Bayern Munich boss Pep Guardiola this summer rather than next year by making him the highest paid manager in the world and handing him a transfer war chest to rebuild the former champions.

Liverpool are set to push ahead with their interest in Borussia Dortmund striker Pierre-Emerick Aubameyang after missing out on Memphis Depay. Burnley's Danny Ings also remains a target for Brendan Rodgers' side.

Chelsea are looking to bolster their title-winning squad with a £40m swoop for Atletico Madrid midfielder Koke but will face competition from Manchester City for the 23-year-old's services as they look to line up a replacement for Yaya Toure.

Liverpool want Chelsea defender Andreas Christensen and are prepared to pay £6m for him. The 19-year-old, who can play in the middle or at right-back, has only started two cup games for Jose Mourinho's side.

Manchester City have dismissed speculation linking Pep Guardiola with the club as nonsense.

Manchester United will have to stump up £30m if they are to prise Hugo Lloris from Tottenham Hotspur this summer with Spurs chairman Daniel Levy expected to drive a hard bargain over any potential transfer.

Chelsea will offer Filipe Luis as bait as they line up a bid for Atletico Madrid defender Diego Godin. The 29-year-old is valued at about £18m but the Blues could offer former Atleti full back Luis as part of any potential deal.

Liverpool's Glen Johnson is poised for a surprise return to West Ham.

Manchester United have made contact with Birmingham City over starlet Demarai Gray.

Liverpool's Jordon Ibe is happy for his mum to be his agent in contract negotiations. "As for agents I don't have one and I don't

believe in that," says the Reds youngster.

Christian Benteke could stay at Aston Villa if they win the FA Cup and qualify for the Europa League.

Three Premier League clubs are set to move for £2million Nedum Onuoha if QPR are relegated.

Pep Guardiola has been offered the manager's job at AC Milan by a Thai businessman who is fronting a takeover bid of the Serie A club from former Italian president Silvio Berlusconi.

Manchester United are in advanced negotiations to sign Nathaniel Clyne from Southampton, having upped their offer for the England full-back to £18m. Clyne has a year of his contract remaining at Saints.

Premier League new boys Bournemouth are plotting a sensational swoop to bring Dimitar Berbatov back to England this summer. The Monaco striker's future in the south of France is uncertain following his side's fine for breaching UEFA financial rules.

Tottenham have entered the race to sign Celtic centre-half Virgil van Dijk. The Dutch defender is rated at £10m and Sunderland, Everton and Southampton have already shown an interest in the 23-year-old.

QPR striker Charlie Austin is so desperate to play for England that he has told partner Bianca Parker they can't have a summer holiday as he will spend most of his summer by the phone waiting on a call from Roy Hodgson.

Real Madrid coach Paul Clement and Brentford boss Mark Warburton are on the shortlist to take over at relegation-threatened QPR next season, despite club chiefs being impressed by stand-in manager Chris Ramsey.

Manchester City stars Sergio Aguero and Pablo Zabaleta will miss the start of next season's Premier League campaign if Argentina reach the final of the Copa America this summer after boss Manuel Pellegrini promised he will give all players competing in South America a 30-day break after the tournament.

Tottenham and Hull are watching Guingamp striker Claudio Beauvue, with the French club willing to accept bids of £6m for the 27-year-old, who has scored 21 goals this season.

Manchester United boss Louis van Gaal will take Sam Grimshaw, a 21-year-old left-back or left-winger playing for non-league side Glossop, on the club's pre-season tour to America after a successful trial.

Fiorentina manager Vincenzo Montella is unconvinced about extending Micah Richards' stay in Florence. The on-loan Manchester City defender has made only six starts in Serie A this season, despite Montella being happy with his attitude since his arrival in Italy.

Juventus midfielder Andrea Pirlo, 35, is wanted by Chelsea and Liverpool.

Manchester United's owners will reject the idea of selling the naming rights to Old Trafford. The Glazer family will forego a potential income of £20m a year, acknowledging that changing the stadium's name is off-limits for United fans.

Chelsea boss Jose Mourinho says it will be impossible to emulate the one-club longevity of Sir Alex Ferguson and Arsene Wenger.