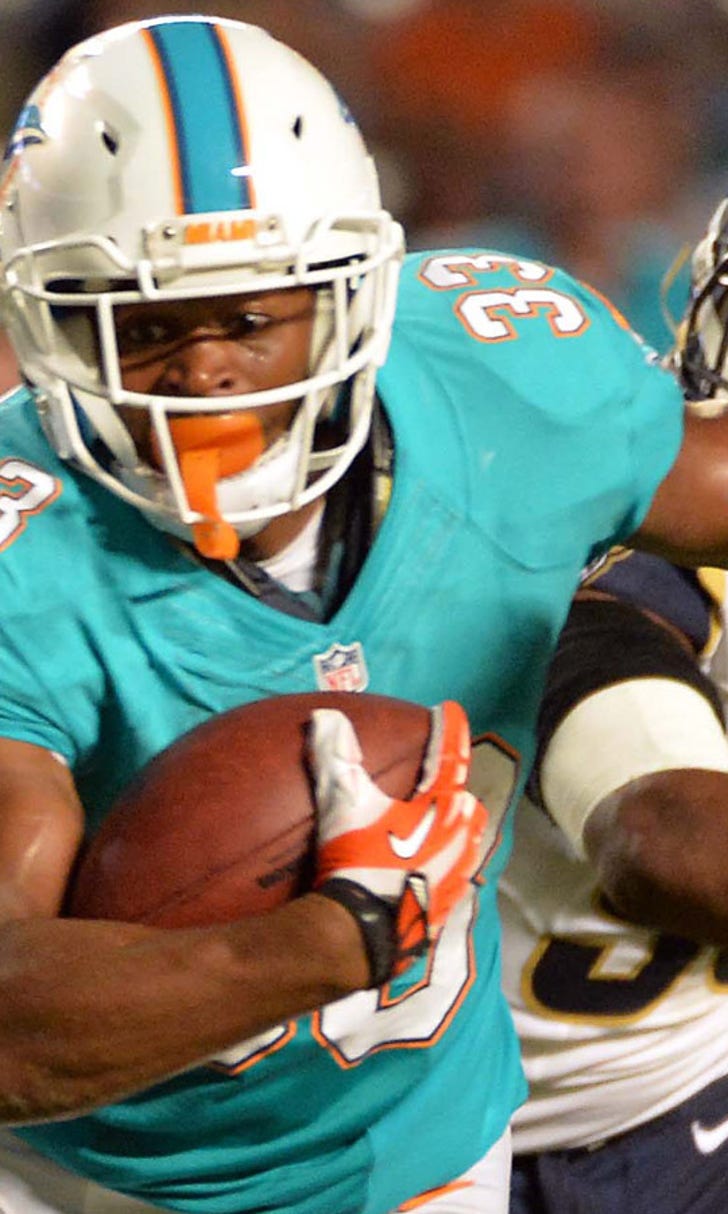 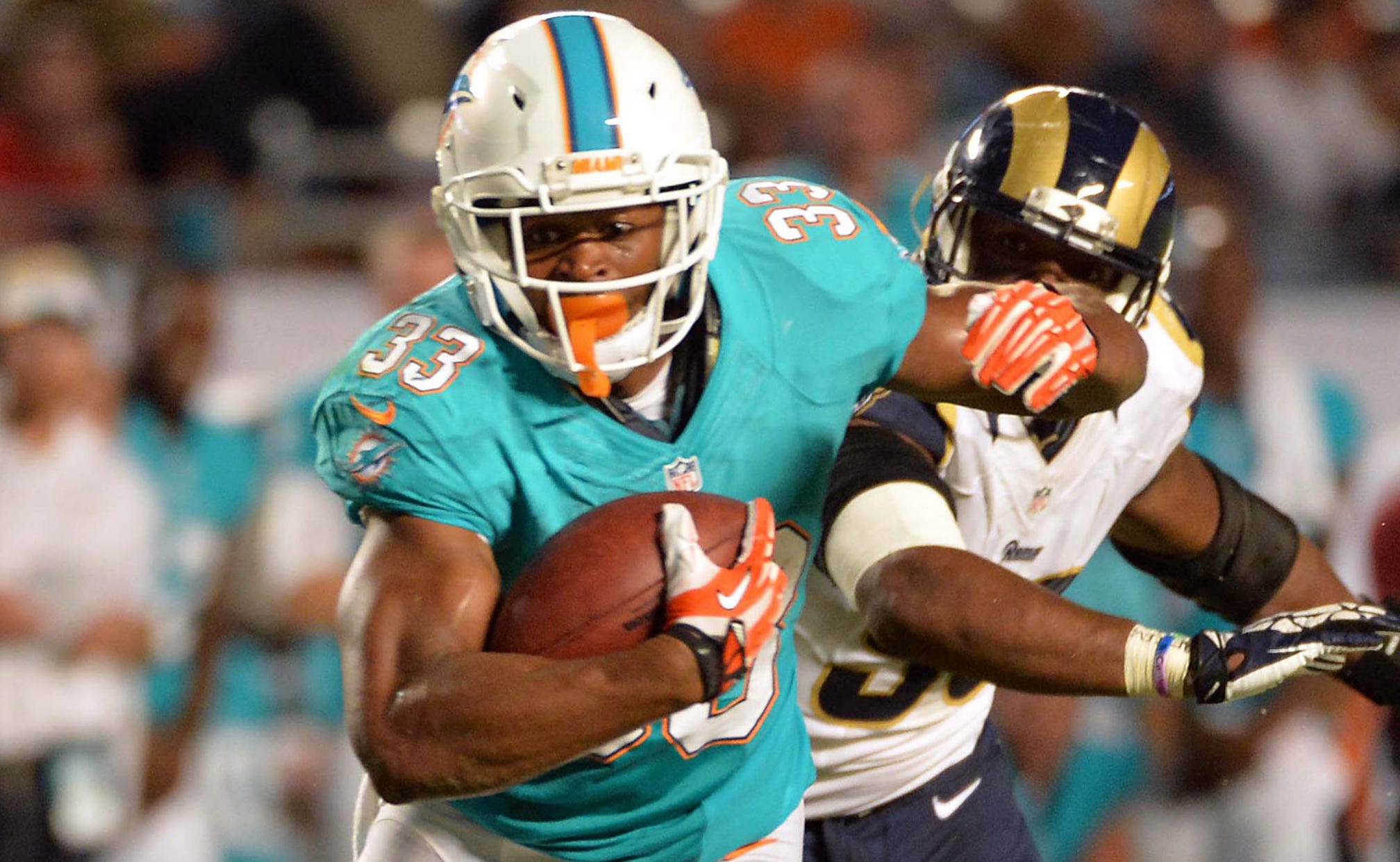 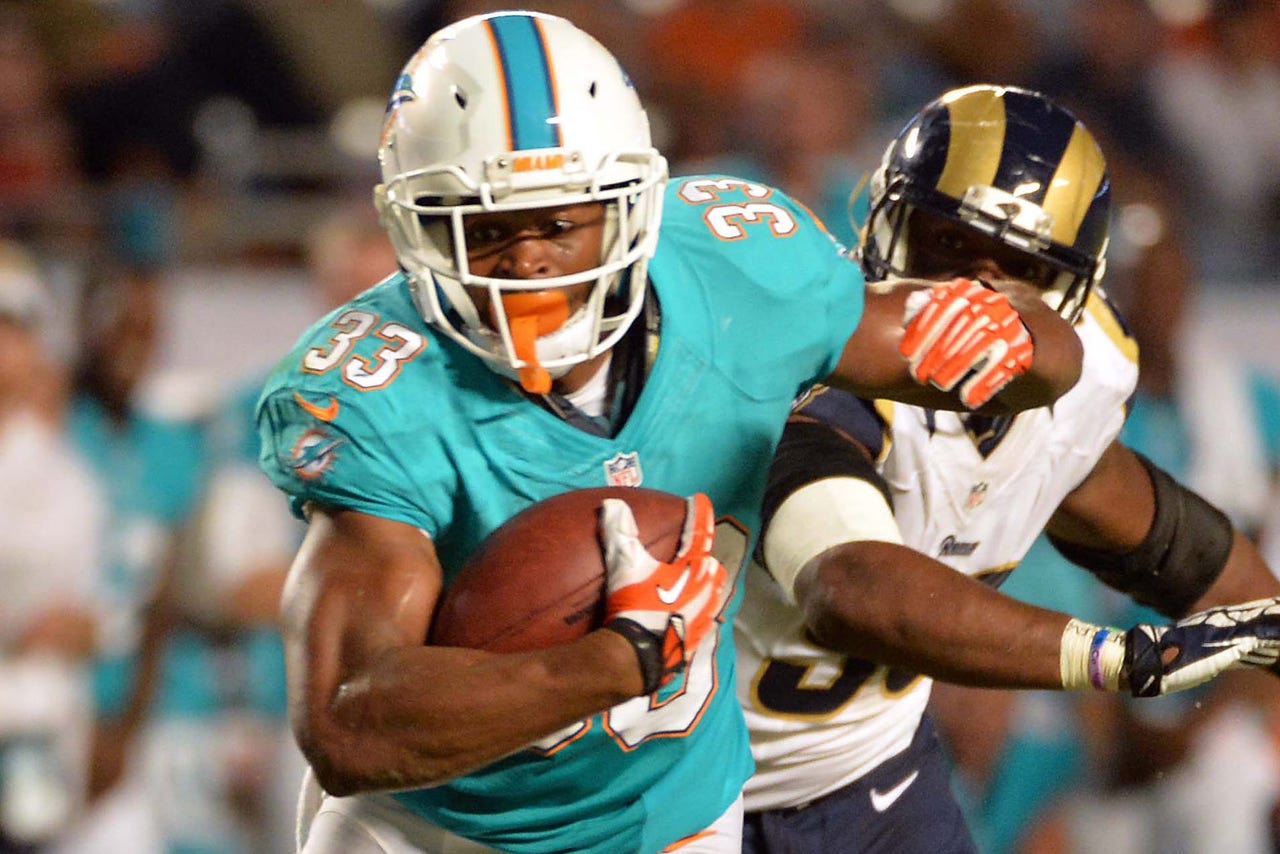 With Saturday's league-mandated deadline to finalize rosters, the Miami Dolphins completed a series of cuts to reduce their roster down to 53 players.

Daniel Thomas, a second-round pick in 2011, was the most notable player released, ending his Dolphins career with eight touchdowns and 1,312 rushing yards in 40 games. Thomas was limited during the preseason with a hamstring injury that prevented him from playing in the team's first three preseason games while others leapfrogged him in the depth chart. He scored one late touchdown playing as the starter against the St. Louis Rams in the Dolphins' preseason finale, but it wasn't enough to secure a roster spot.

Kickoff returner and wide receiver Marcus Thigpen was let go while undrafted rookie RB Orleans Darkwa surprisingly survived the final cut as did Damien Williams. The release of Thigpen means the Dolphins will be looking for a new kickoff returner this season, with prized rookie Jarvis Landry the likely candidate. Thigpen had one last chance to make a case for himself against the Rams, but let the ball slip right through his hands on his first punt return and even managed to kick the ball further down the field before finally recovering the ball.

Rishard Matthews made the final roster, but fellow wide receivers Matt Hazel, who impressed in Thursday with several tough catches and a fourth quarter touchdown, and Kevin Cone were released. Hazel and Cone showed during the preseason they could be serviceable receivers in the pro ranks, but the team is loaded at the position.

The Dolphins released third-string rookie quarterback Seth Lobato, which means they will stick with Ryan Tannehill and Matt Moore for the season after they also cut Brady Quinn earlier in the week.

The Dolphins placed DT Kemal Johnson on the injured reserve list, but injured center Mike Pouncey, recovering from hip surgery, got his wish and was included on the final roster instead of the PUP list, which would have made him ineligible for action in the first six games of the season. Samson Satele will man the middle of the Dolphins' offensive line with Pouncey aiming to return in time for their London game against the Oakland Raiders in Week 4.

The Dolphins will need to cut their roster further once Dion Jordan and Reshad Jones return from four-game suspensions to start the season.