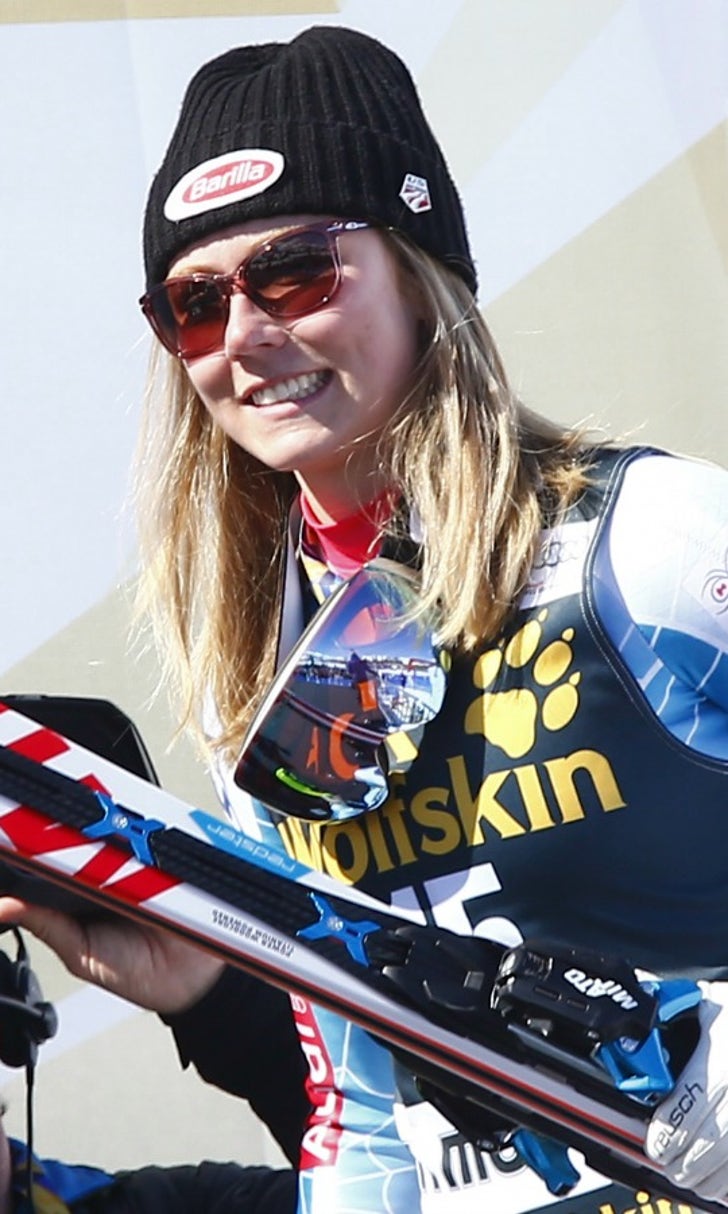 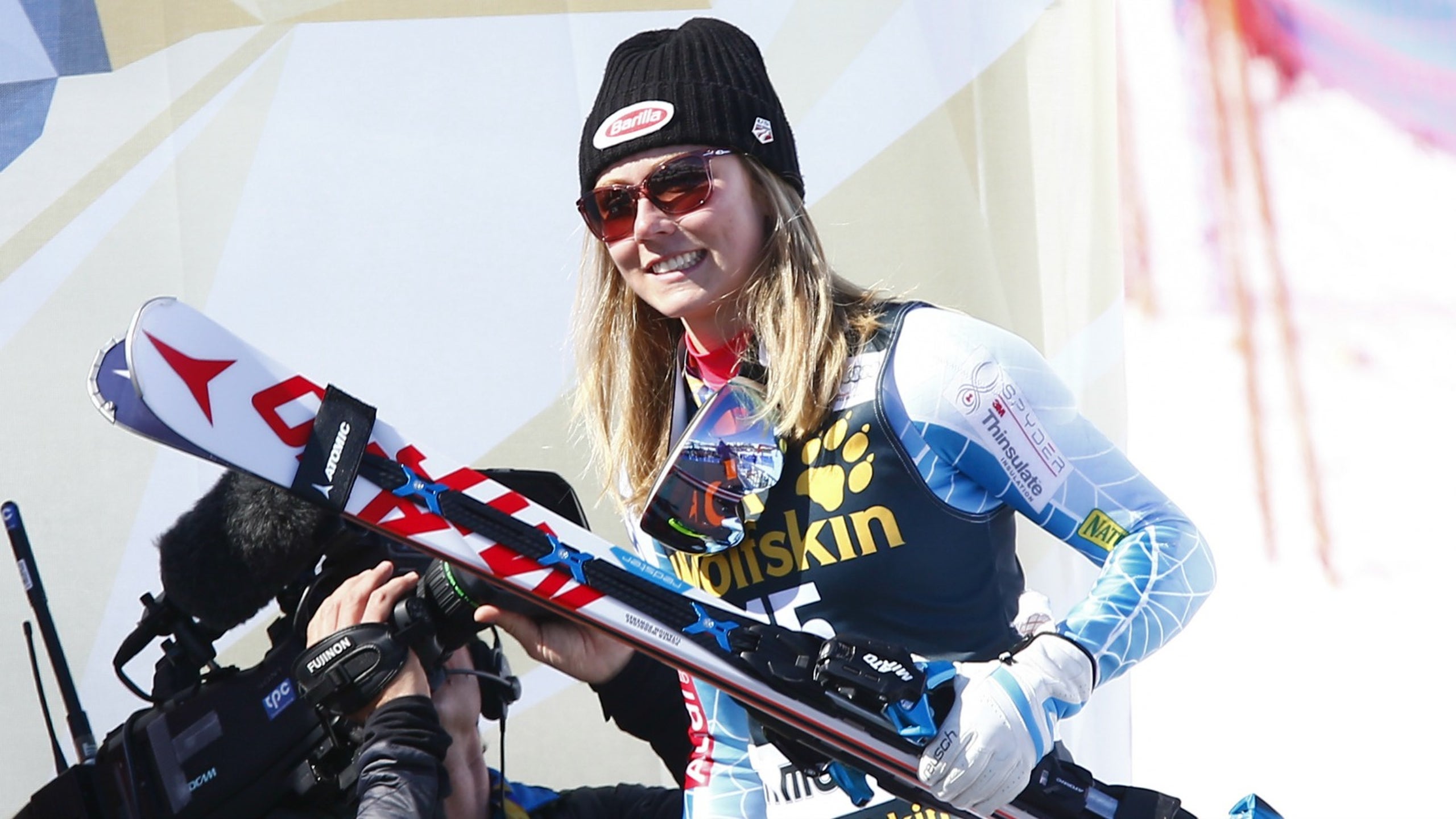 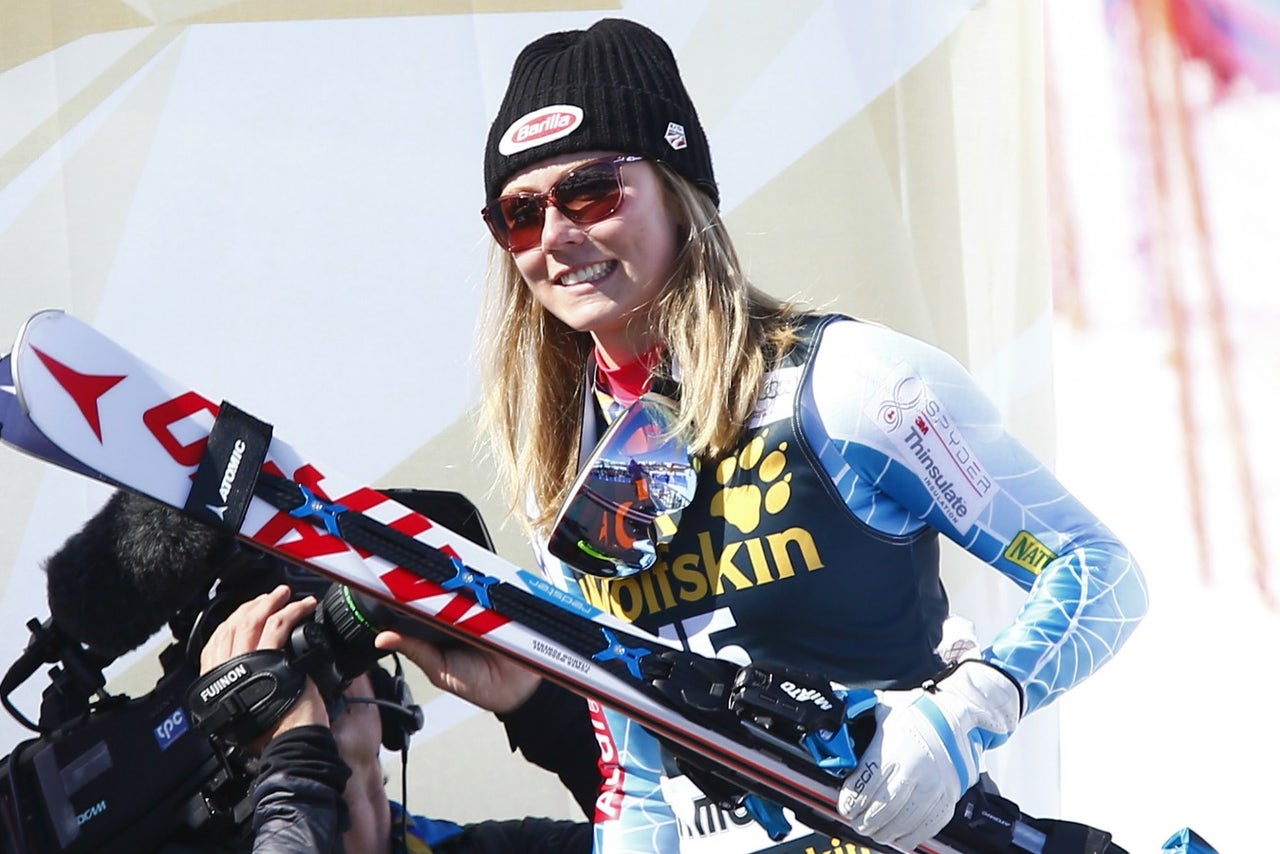 ST MORITZ, Switzerland -- What might have been for American Mikaela Shiffrin.

She won another slalom event by a huge margin Saturday, with her closest rivals more than two seconds slower at the season-ending World Cup finals.

Veronika Velez-Zuzulova and newly crowned World Cup winner Frida Hansdotter could only smile wryly as Shiffrin crossed the line after another monstrous run from the Olympic champion.

The 21-year-old Shiffrin is unbeaten in slalom racing since February 2015. But she missed five races during a two-month injury layoff and couldn't capture a fourth successive crystal globe in the discipline.

Shiffrin didn't celebrate after her fifth slalom victory of the season and her 19th in total, surpassing Sweden's Anja Parson for fifth place among women.

"I try not to say `what if' too much because maybe in a parallel universe maybe I won a fourth globe," Shiffrin said. "But we're living in this world and Frida won and I think she really deserves it.

"Maybe if I didn't get injured, I would have struggled with my speed or something. It happened the way it did and I'm happy."

Hansdotter of Sweden clinched the World Cup slalom title earlier this month with a race to spare. Velez-Zuzulova was runner-up, with Switzerland's Wendy Holdener third in the standings.

"It feels amazing. It's been a great season. To have this globe is a dream," Hansdotter said. "I always ski pretty good. My level has been high all season. That's why I'm standing here as No. 1.

"(Shiffrin) is skiing so good, she's an amazing girl. It's sad that she was injured. She came back strong and for sure we need to find something for next year to beat her or even to do a battle because she's skiing too fast."

Shiffrin is the first woman to win more than three races in one discipline in a season but fail to reach the podium of the final standings. Shiffrin had hopes of challenging for the overall title before her training mishap in Sweden.

She admits it was bittersweet as a bystander when the crystal globe was handed out.

"I'm so glad that I was able to ski well today and win another slalom, but definitely there's a sweet spot in my heart for getting the globe," she said. "So watching (Hansdotter) get it, I have to say I was bummed, but at the same time I'm really, really happy for her because I know the feeling of holding that in your hand.

"I've been in her shoes, all you can do is smile."

It was a tough second run for many of the favorites as Nastastia Noens and Nina Loeseth, who were second and fourth after the first run, failed to finish.

Noens was second, 0.72 behind Shiffrin after the first run, but crashed just after the second intermediate check. The race was interrupted as the French skier received treatment before leaving on a stretcher.

Shiffrin was on her back in the start area with her arms outstretched as she waited for her turn. The interruption didn't impact another solid run.

"It feels really good," Shiffrin said. "It's always nice to end the season on top and it was a really great run, so I'm excited."

She was philosophical about her margin of victory.

"It just seems like I'm able to be connected with my skis better and move quicker, the rhythm changes don't get me as much, and so it all adds up," Shiffrin said. "Two seconds is a lot, but it's not that much. So I could easily see them figuring that out and coming right back and beating me."