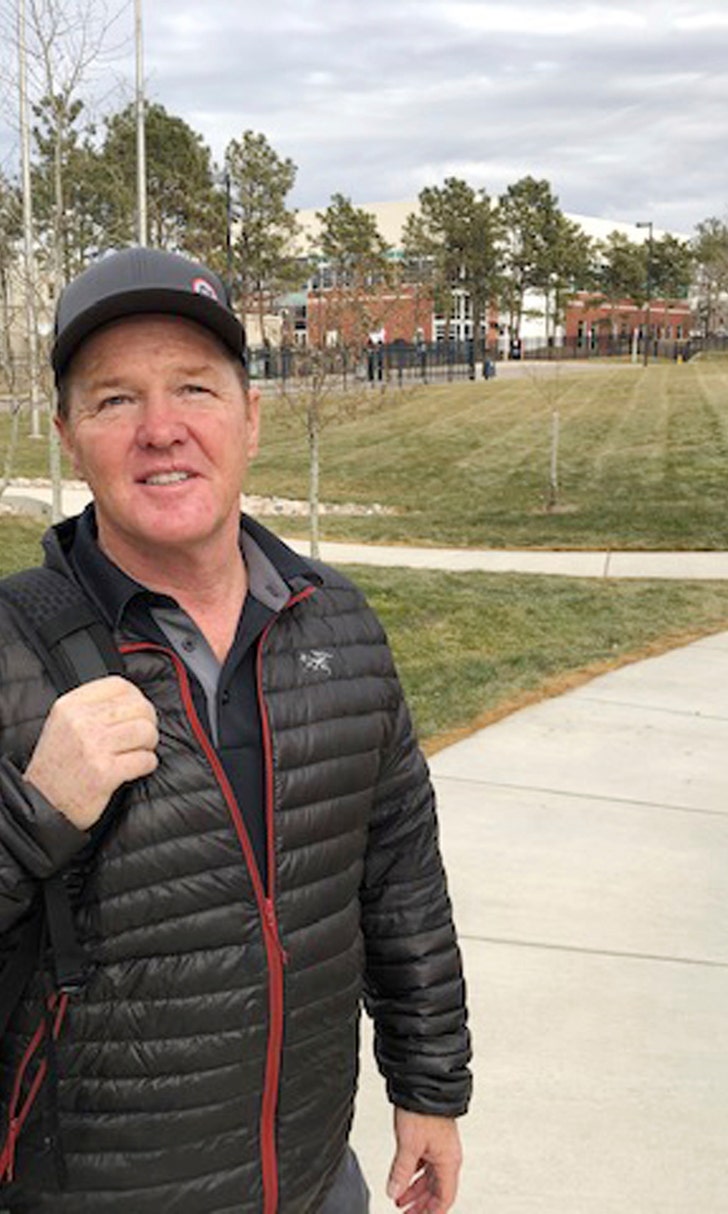 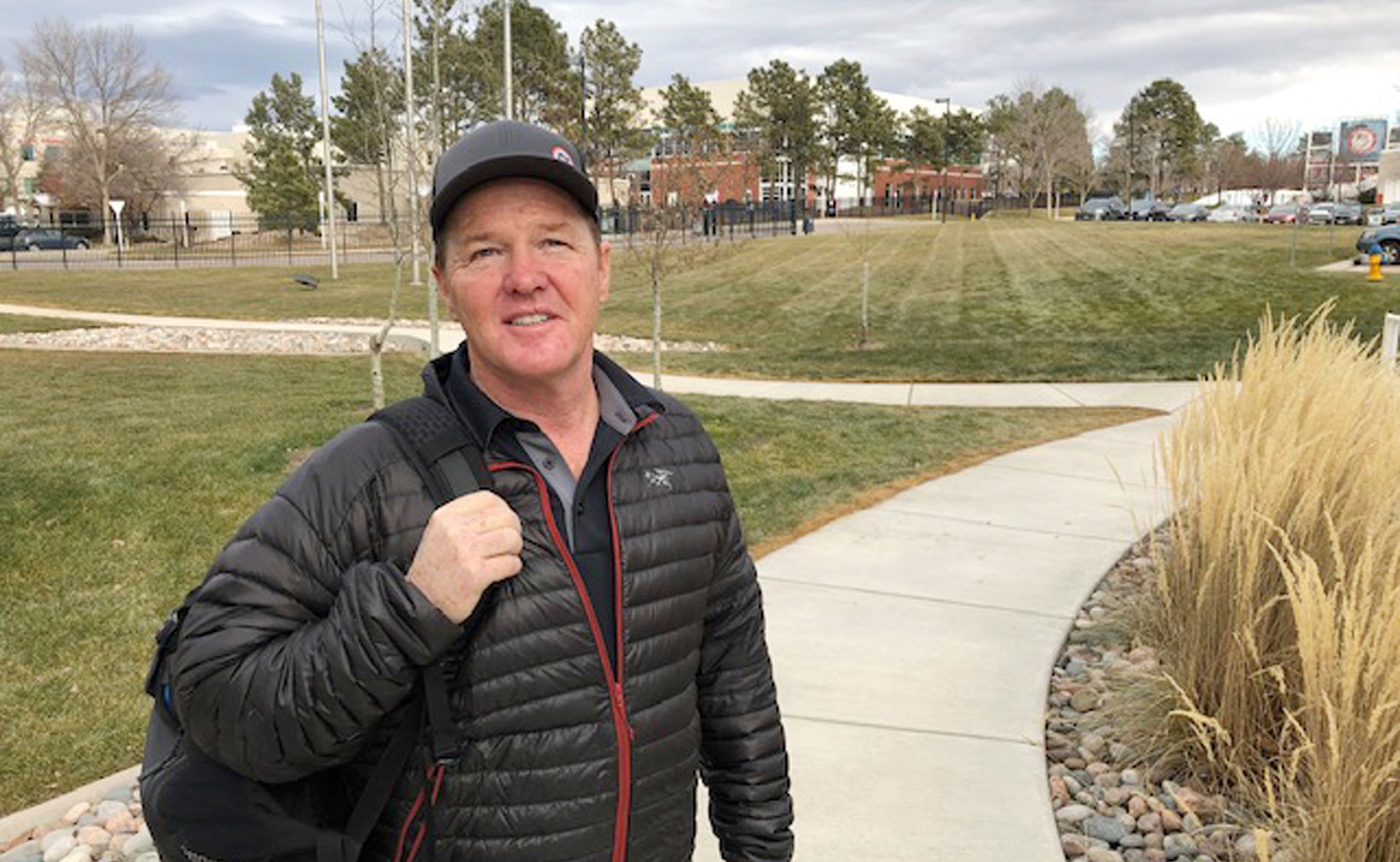 COLORADO SPRINGS, Colo. (AP) — It's one task to compile a list of banned coaches, quite another to identify all the good ones.

While Olympic overseers struggle to compile a comprehensive list of bad actors in the wake of a wide-ranging sex-abuse crisis, an entrepreneur with a passion for youth sports is embarking on what could prove to be an even more meaningful task: helping families discover which coaches are not only certified, but best qualified to work with their kids.

Former pro moguls skier Bill Kerig, who founded the rallyme.com website built to help athletes and teams raise funds, is launching a new platform designed for coaches to post their qualifications, for parents and athletes to review the coaches, and for anyone interested to hold a no-holds-barred discussion of the good and bad in youth sports — sort of a LinkedIn, Angie's List or Rate My Professors for coaching and sports.

The website, greatcoach.com , represents a rare attempt at a concrete solution in the wake of the Larry Nassar scandal, which, almost daily, exposes the shortcomings in the U.S. Olympic system's ability to confront the crisis .

Unlike RallyMe — which has helped Katie Uhlaender, Jaelin Kauf, Brittany Bowe and dozens of others on their road to the Olympics — the coaching website figures to be layered with more complex issues. Kerig has been developing the site for about 18 months. He's in negotiations with nine of the country's 50 national governing bodies and has been consulting with the U.S. Olympic Committee, which has been pushed to find bold solutions to the sex-abuse crisis beyond turning over staff and decertifying USA Gymnastics.

"Youth sports is largely built on trust, and one of the first steps for any parent is, you've got to know who's coaching your kids," Kerig says. "If you're dropping your kid off and you don't know the coach's last name or what their certifications are, then shame on you. You want to know why he coaches, how he coaches, what's his philosophy. And is he certified?"

For Kerig's website to have impact at the highest levels, he'll need buy-in from a significant portion of the Olympic community.

"By the same token, even if one club puts all their coaches on there and a parent can go on and say, 'Look at how much I can learn about who might coach my kid,' then it's an obvious place to start," says John O'Sullivan, the founder of the Changing the Game Project who is on the Great Coach board of directors.

For the past year, the challenges in compiling a comprehensive banned list for Olympic sports have been well-documented. The U.S. Center for SafeSport, created by the USOC in response to the sex-abuse crisis, has a "disciplinary records" list but only names people who have been banned since the center opened in March 2017. The NGBs have banned lists, but policies vary wildly about which offenders go on the lists and whether those lists are made public.

Both the USOC and SafeSport have vowed to compile and publish a comprehensive list as soon as possible.

Kerig is working to make his website a one-stop spot for banned lists, as well.

But simply publishing those lists doesn't solve all problems. They don't catch everything — for instance, not all background checks pick up incidents of sexual misconduct. And, of course, the absence of someone's name from a banned list doesn't, by itself, make that person qualified to coach.

"This is a big challenge — how do you verify whether someone is worthy of being trusted with your kid?" said Dan Hill, spokesman for SafeSport.

Two years ago, Kerig sold RallyMe to Sports Engine, a community-based sports website that is now owned by NBC.

Kerig, who coaches youth hockey, said even before the sex-abuse crisis hit Olympic sports, he sensed a void when it came to tools that could be used to vet coaches. A few months after Kerig began his project, Nassar victims testified in the sentencing hearing for the former Michigan State doctor, who also served as a volunteer physician for USA Gymnastics.

Those testimonials brought voice to the depth of Nassar's crimes, and shined a light on the scope of the problem. Virtually the entire senior staff at the USOC has turned over since then, and the new leadership has called for the decertification of USA Gymnastics. Congress is holding hearings and considering changes in the law that governs the USOC and the sports it oversees.

Despite these moves, there remains a search for a grassroots solution to curbing sex abuse in sports.

"One of the ramifications of the Nassar thing was that ... every coach is now going to start as a suspect," Kerig said. "And we're saying 'No, let's build this community and let's try to change this conversation.'"