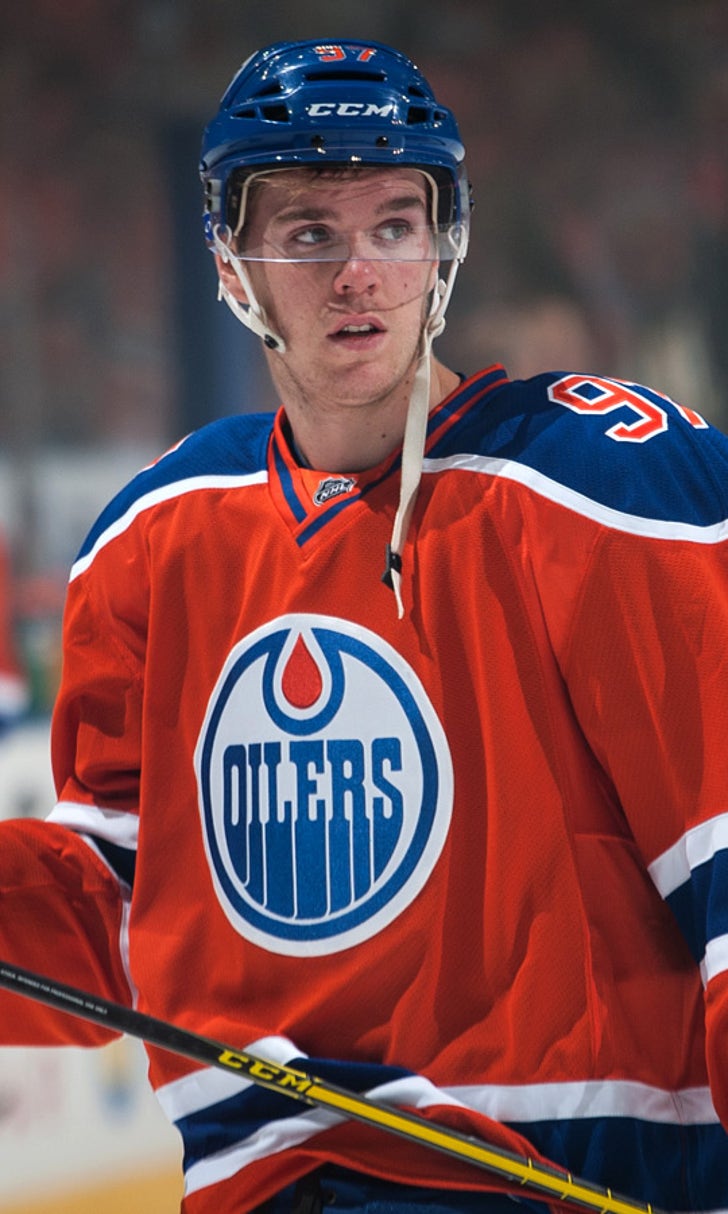 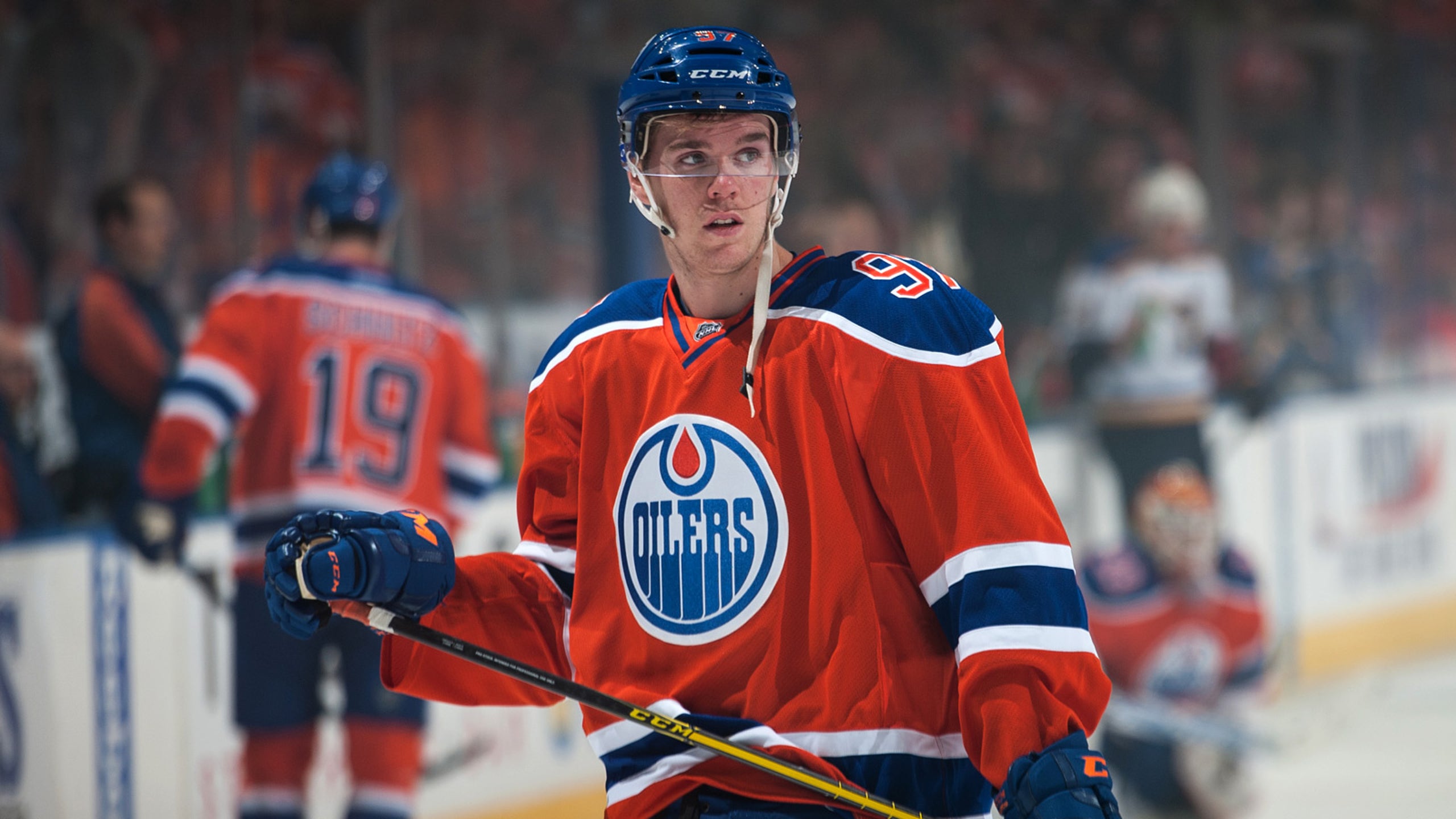 Which rookie is likely to continue his great start? 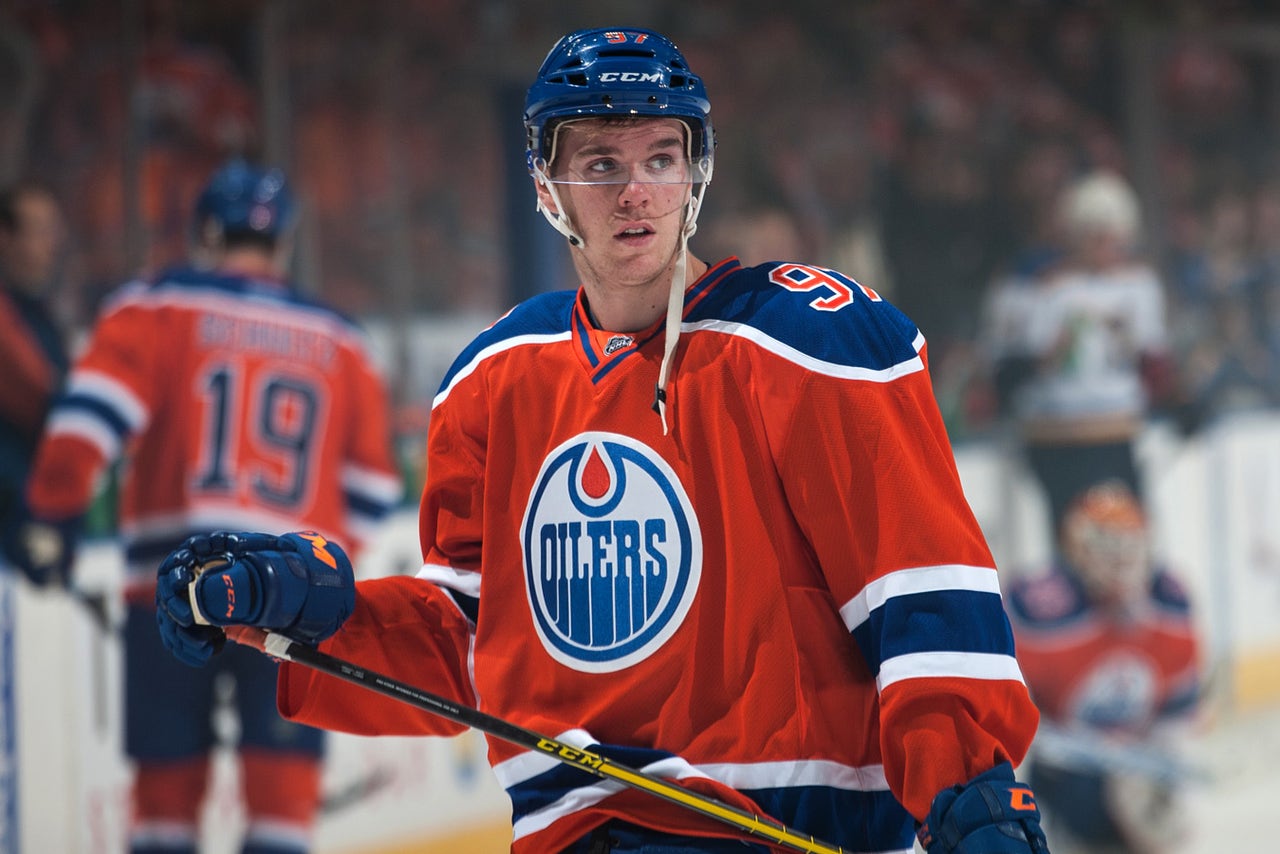 This year, the NHL is featured with a special class of rookies that are dominating the NHL.

There are seven different rookie forwards that already have seven points on the year, and many of them are among the top producers on their respective teams.

Max Domi, the 12th-overall pick in the 2013 draft, is right on his tail with 10 points of his own. Domi, the flashy forward of the Arizona Coyotes, is co-leading his club in points.

But come June, only one player of this impressive bunch is going to walk away with the Calder Trophy as the NHL's top rookie. And with so many impressive early starts, which player is more likely to continue their hot start?

(And, don't worry, we'll get to one special rookie defenseman a little later).

Here are the current top seven rookie point producing forwards in the NHL, plus Jack Eichel, because, well, you have to include Eichel.

Virtually every one of those guys, outside of Eichel, is at or near a point per game pace.

But there is no way each of those guys is going to be able to maintain that pace for an entire season.

We also need to look at how each rookie is being used at even strength. Are some rookies playing on a bottom-six role against top competition, and it is hurting their overall play? Are some rookies getting easy shifts, consistently deployed in the offensive zone against low-end competition?

We can look at who each rookie generally plays with at even strength, who they generally play against, and whether or not they start in the offensive zone or the defensive zone more at the start of their shifts.

It shouldn't be that surprising that virtually every rookie is seeing the majority of their shifts start off in the offensive zone. And it also shouldn't be all that surprising that McDavid, Eichel, Lindberg and Ehlers are facing stiff competition on a regular basis. But we notice that several players have a clear advantage over others when it comes to their line mates. Panarin plays primarily with Patrick Kane and Artem Anisimov, according to Hockey Analysis. Kane and Anisimov are better at generating more shot attempts than Evander Kane and Brian Gionta are, who are Eichel's primary linemates.

But what about rookie defensemen? Do any of them have a clear shot at winning the Calder Trophy?

It's not likely. In the last 15 years, only three defensemen have won the award. And in those years in which a defenseman was selected, rookie scoring was relatively low. Last year, when Florida Panthers defenseman Aaron Ekblad won the award, he put up an offensive and defensive year rarely seen by an 18-year-old defenseman, besting out Mark Stone and Johnny Gaudreau's 64 point campaigns. When Tyler Myers, then with the Buffalo Sabres, won it in 2009-10, Matt Duchene led rookies in scoring with just 55 points. And when Barrett Jackman won it in the 2002-03 season, who was then with the St. Louis Blues, Henrik Zetterberg led the rookies in scoring with just 44 points.

More than likely, one of the previously mentioned rookie forwards will surpass those totals. But, if their is a drastic turn of events, and a defenseman was to take over as the front runner, it would most likely be Blues defenseman Colton Parayko.

Paryako is off to a hot start, with four goals and three assists in 10 games. He's being utilized as the offensive defenseman for the team, filling in for the injured Kevin Shattenkirk, who has missed the last seven games with a lower body injury. Parayko and his 13.64 shooting percentage at even strength (high for a defenseman) have been very impressive, but you have to wonder if, once Shattenkirk returns, will Parayko take a step back and let Shattenkirk resume his offensive role? But if Parayko manages to continue his pace through the remainder of the season, there's no question he would at least be considered for the Calder.

There's a lot of different factors to consider when discussing who is likely to be in the race. We need to consider the amount of power play time each rookie forward is getting on a consistent basis (all are averaging over a minute and a half per game, except for Lindberg). We'd need to look at strength of schedules, and we'd even need to consider if any sort of injuries will be a factor, like how they are currently affecting Eichel's situation, as Kane's out with a knee injury.

But if we look at the early indications of who will be a Calder candidate based on early progressions at even strength, a few things become quite clear. Domi and Duclair will more than likely see a regression at some point. Eichel will more than likely start contributing more and more. And if we look at all of the considered factors, it's hard not to like both McDavid and Panarin as favorites.

A lot more can develop as the season rolls along, but you'd be wise to bet your money on one of these guys to take home the Calder Trophy as the NHL's top rookie.

Statistics via War On Ice