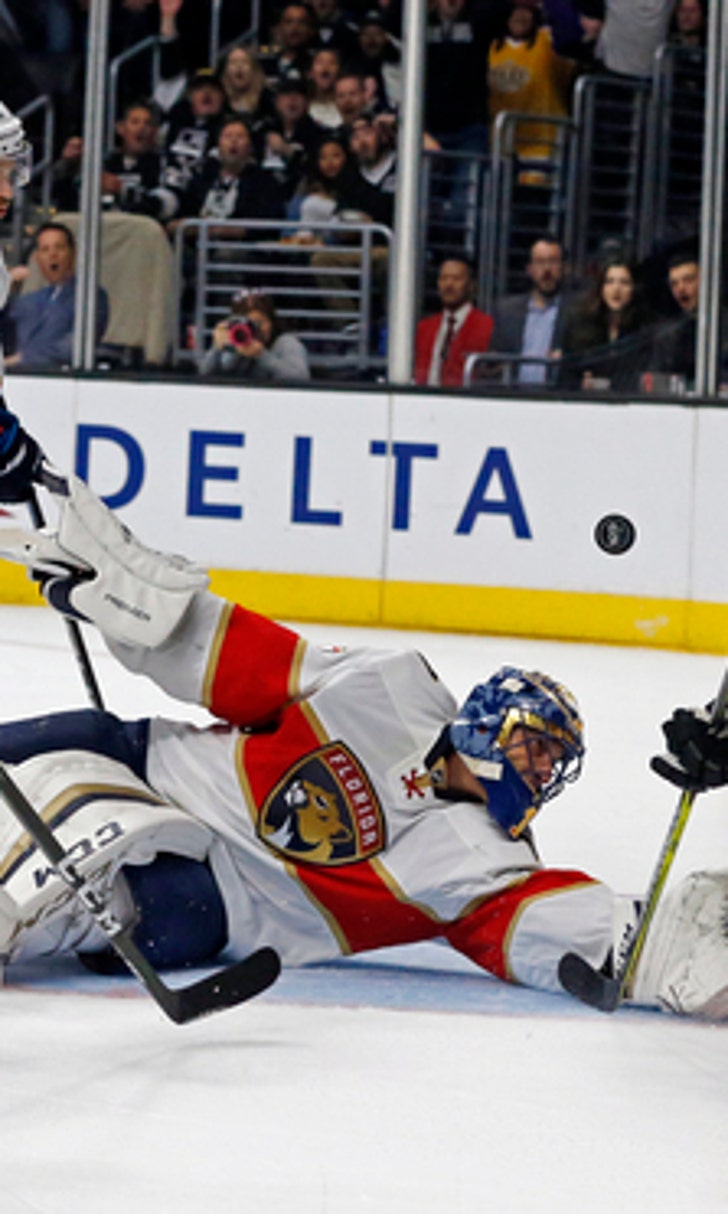 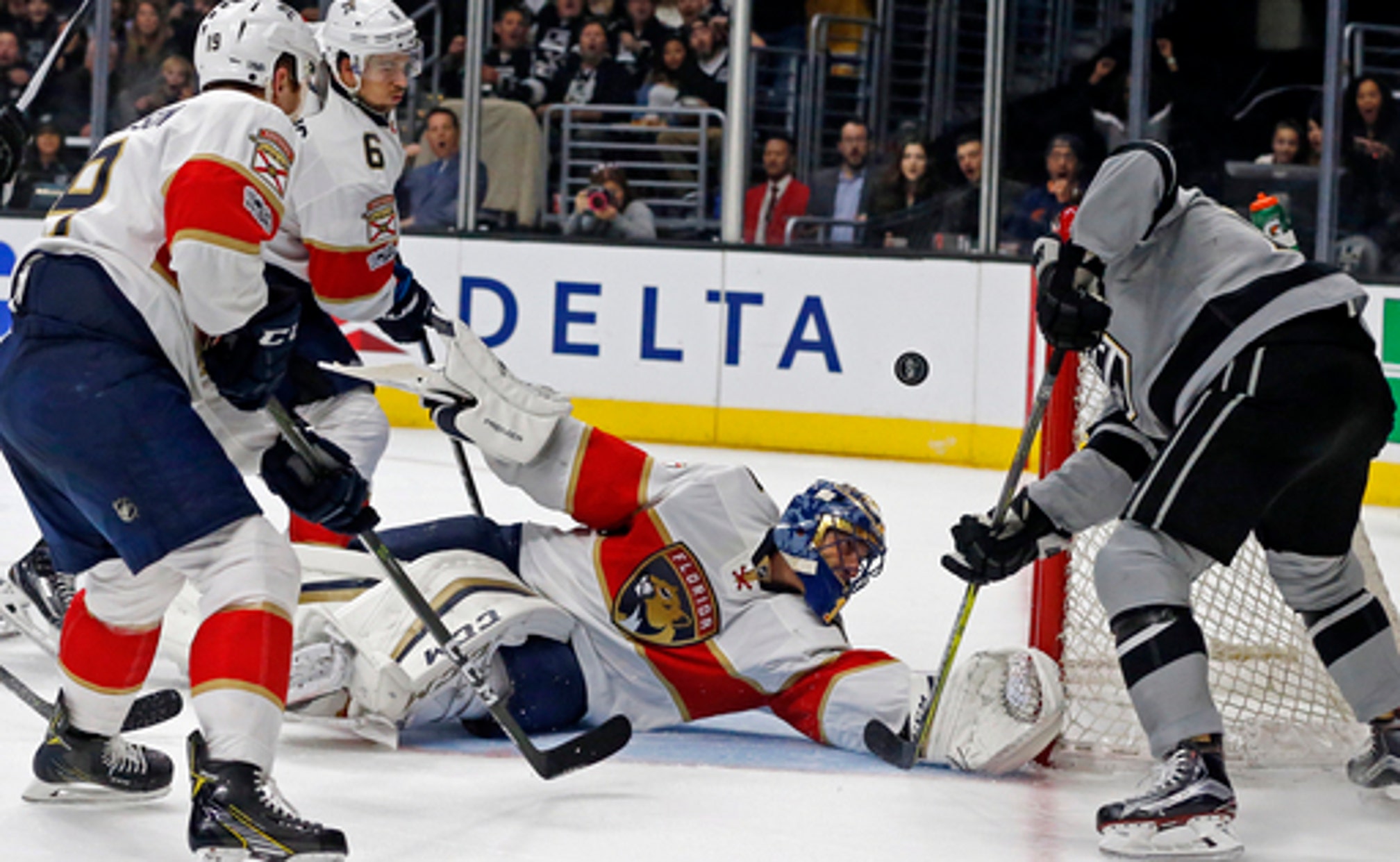 LOS ANGELES (AP) The Florida Panthers' offense keeps on firing. It's the defense, though, that has them back in the playoff picture.

Aleksander Barkov scored the go-ahead goal 15 seconds into the third period, Roberto Luongo made 33 saves and the Panthers beat the Los Angeles Kings 3-2 on Saturday night for their fourth straight win.

Jussi Jokinen and Jonathan Huberdeau also scored for the Panthers, who have won seven of eight. Florida is tied with Boston for third in the Atlantic Division and leads Toronto for the second wild card in the Eastern Conference by one point.

''The playoff race in the East is so darn close, there is a lot to play for, but what we're really happy about is how we get the goal, obviously, on the first shift and played real solid defense the rest of the way,'' Florida interim head coach Tom Rowe said.

To start the third, Barkov raced ahead of three Kings and put a backhand shot past Peter Budaj, reclaiming momentum and the lead after Los Angeles had roared back to tie it in the second period.

From there, the Panthers protected their advantage with a sound, smothering defense that had been lacking for part of the season.

''They always respond, it's a real good group that way,'' Rowe said. ''A lot of offense, we know we're always going to get chances and capitalize on them, but the big thing is now we're learning how to shut things down and close teams out.''

The Panthers' penalty kill has done that throughout the season and stifled three Los Angeles power plays and allowed four shots total. Jokinen credited the overall improvement to improved health.

''We got our players back. Everybody is playing the minutes and the roles they were supposed to play early in the year,'' said Jokinen, who put the Panthers ahead 2-0 1:14 into the second before the Kings roared back to tie it in the same period.

Dwight King and Tanner Pearson each scored and Budaj made 22 saves for the Kings, who are two points behind Calgary for the second wild card in the Western Conference.

Pearson then got Luongo moving to his left with some clever puck handling, exploiting the subsequent gap between the goalie's legs to score his 19th of the season and third in as many games.

''We chased the lead again,'' Kings coach Darryl Sutter said. ''Battled back, played hard. We were a little short on a couple of forwards, shortened the bench a little too much.''

The first period turned on a delayed penalty against Los Angeles' Marian Gaborik. The Kings had held the puck in the offensive zone for nearly a minute before losing it, prompting Gaborik to reach out his stick and trip a Panther in a fruitless attempt to get it back.

Huberdeau then beat Budaj with a wrist shot in the 6-on-5 action, notching his fourth goal of the season in his sixth game, after the Panthers were able to steady themselves by getting Luongo off and bringing on an extra attacker.

''We have some grit and we showed that in this game,'' Huberdeau said.

NOTES: Vincent Trocheck had an assist for the fifth straight game, giving him seven points in that span. Jaromir Jagr also extended his points streak to five games with an assist on Barkov's goal. ... The Kings fell to 9-20-2 this season when giving up the first goal. ... Budaj has now given up 19 goals in his last five starts.