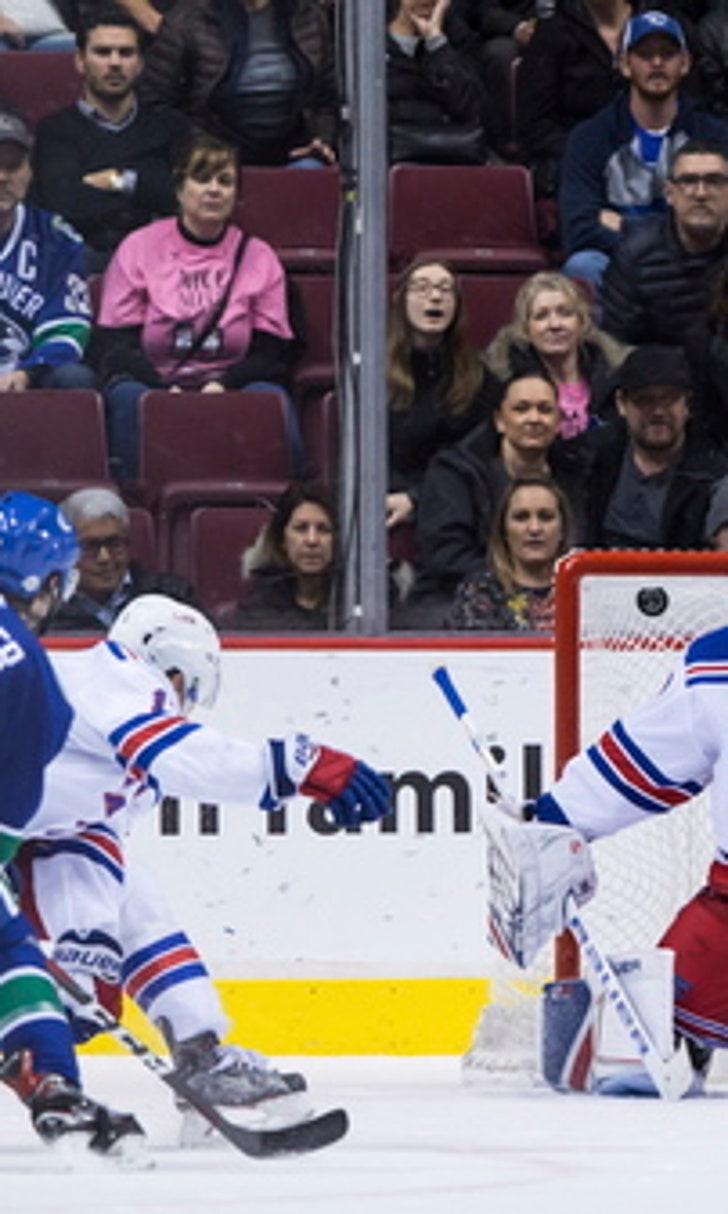 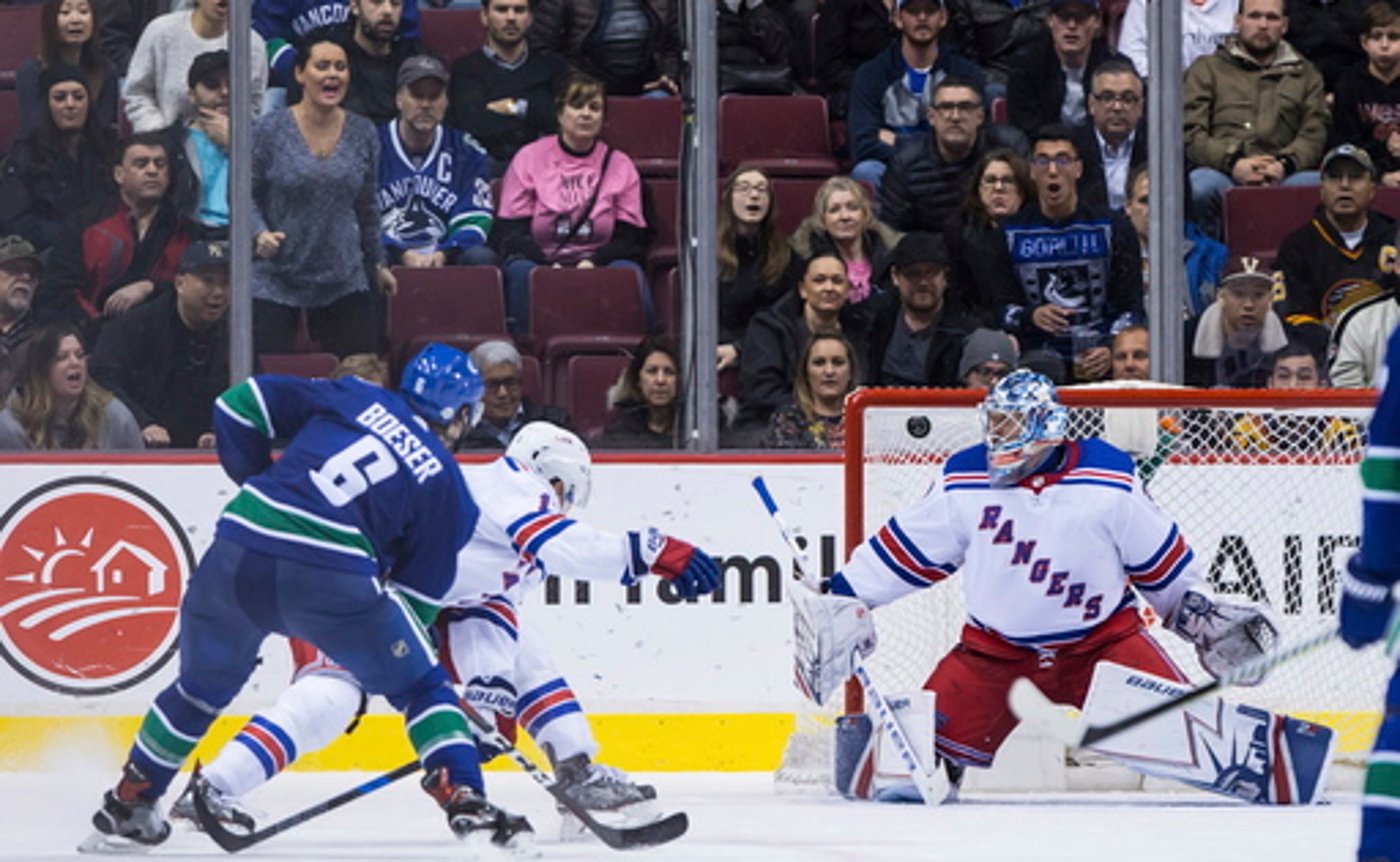 ''It just feels good to win a game, to sit here and smile for once,'' Lundqvist said. ''I am just tired of losing so I don't care how we win it, just as long as we win it.''

The win snapped a seven-game New York losing streak (0-6-1). It also came after the struggling Rangers had jettisoned several of their high-profile players at Monday's NHL trade deadline.

''It doesn't matter what you go through,'' said Lundqvist. ''All the trades . . . was depressing, I got to be honest.

''But we have to move past it now and it's about winning. Winning makes everybody smile and hopefully it can continue.''

Gilmour, a rookie defenseman, won the game just 1:22 into overtime when he one-timed a pass from Ryan Spooner. It was Spooner's third assist of the game.

Neither the Canucks (24-32-8) or the Rangers (28-30-6) are likely to make the playoffs but the teams put on a pretty exciting performance.

The Rangers took advantage of a couple of deflected shots to roar out to a 3-0 first period lead. They scored goals 43 second apart with just 2:05 gone in the game. But the Canucks refused to roll over. They outshot New York 55-27 and battled back to tie the score three times.

''We could have mailed it in, packed it in, and called it a night,'' said Vancouver's Bo Horvat, who had a goal and two assists. ''That's not the way of our group. We knew we had to pull up our socks and get going again. I thought we did a great job.''

Kevin Hayes scored twice for the Rangers. Vladislav Namestnikov, obtained in a multi-player trade from Tampa Bay on Monday, had a goal and an assist. Jimmy Vesey and Mika Zibanejad had the other Ranger goals.

Namestnikov had arrived in Vancouver Tuesday night and barely had time to meet his new teammates.

''The first period was tough,'' he said. ''I didn't have any legs after a long flight but as the game went on you kind of settle in.''

Namestnikov scored his 21st goal of the season on a second-period breakaway after stripping the puck from Canuck captain Henrik Sedin.

Daniel Sedin had a goal and assist for Vancouver. Nikolay Goldobin also scored for the Canucks, who are (3-8-2) in their last 13 games.

Brendan Leipsic, obtained Monday in a trade from Las Vegas, had two assists playing on a line with Horvat and Brock Boeser.

''I hadn't played in a week and half so the first couple of shifts I was just trying to shake a little rust off,'' said Leipsic.

It was his pass that set up Boeser's trying goal in the dying seconds of third period.

''It allows you some confidence,'' he said. ''I haven't been used in many situations like that this year.

''Opportunities like this don't come around too often. Every opportunity I'm going to get this year I'm going to try and take full advantage of.''

NOTES: Forward Jussi Jokinen, who came to Vancouver from Columbus as part of the Motte deal, was a healthy scratch. ... The Canucks signed defenseman Alex Biega to a two-year contract extension worth an average annual value of $825,000. ... The NHL announced Wednesday that Vancouver will host the 2019 draft. ... Vancouver outshot New York 34-17 over two periods. ... Daniel Sedin has scored 20 or more goals 11 times in his career.

Rangers: At Calgary on Friday night.