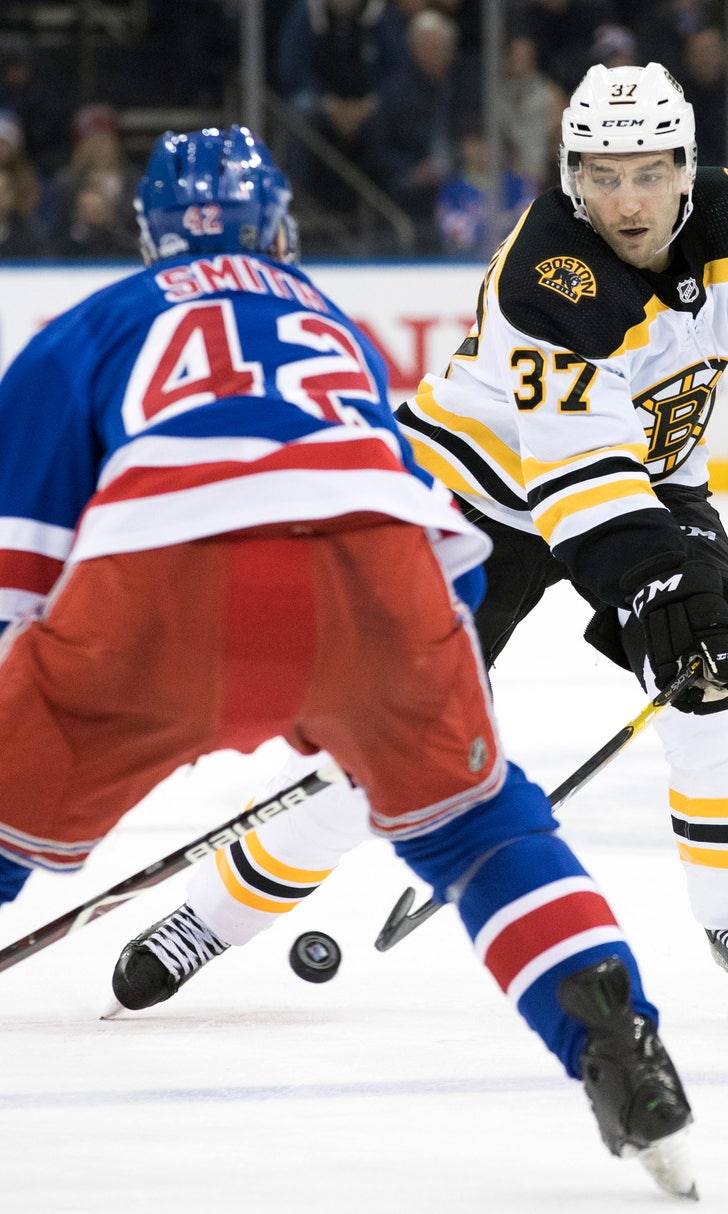 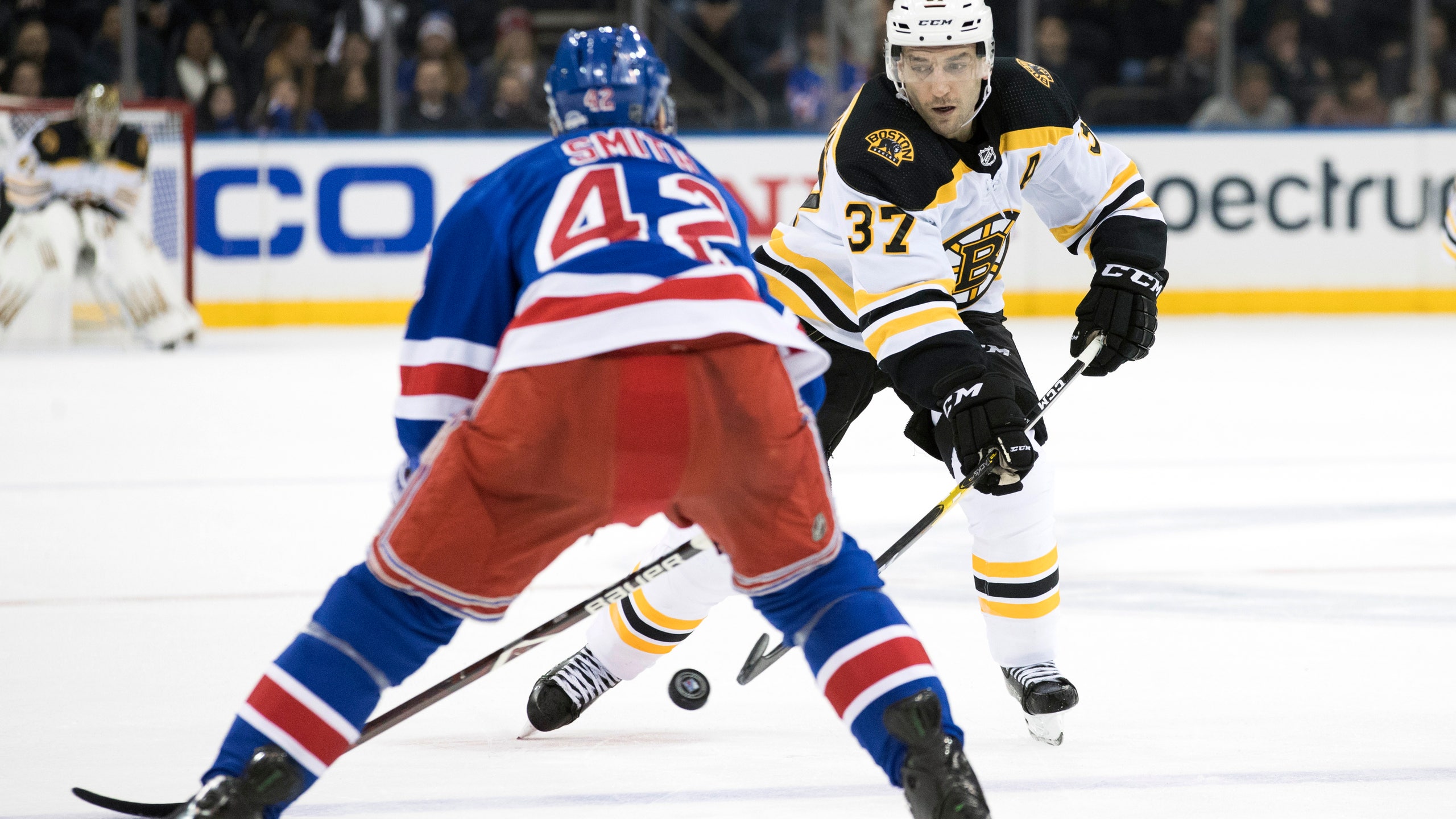 BOSTON (AP) — Boston held a pregame ceremony to honor Patrice Bergeron for playing his 1,000th game in the NHL.

Bergeron was joined by his wife, their three children and his parents ahead of the game Saturday against the Los Angeles Kings. He received gifts and loud ovations from the TD Garden crowd.

On Tuesday, he became the fifth player in Bruins' history to play 1,000 games with the team. The others to reach the milestone with all the games in a Boston uniform are Hall of Famers Ray Bourque and John Bucyk, current GM Don Sweeney and Wayne Cashman.

Bucyk presented Bergeron with a crystal bowl on behalf of the NHL. His teammates — led by captain Zdeno Chara, goaltender Tuukka Rask and forwards Brad Marchand, David Krejci and David Backes — gave him a family trip to a destination of his choice. He also received a picture hoisting the Stanley Cup in 2011.

Bergeron scored two goals in a 3-1 win against the New York Islanders during his 1,000th game.