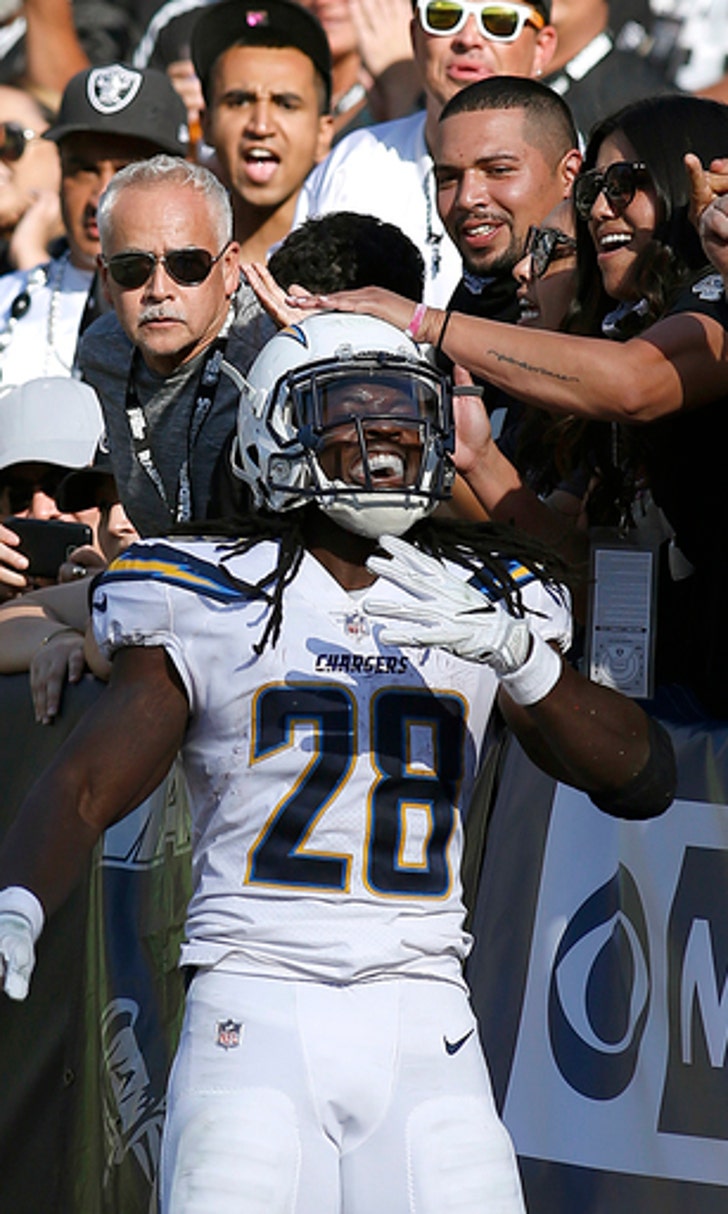 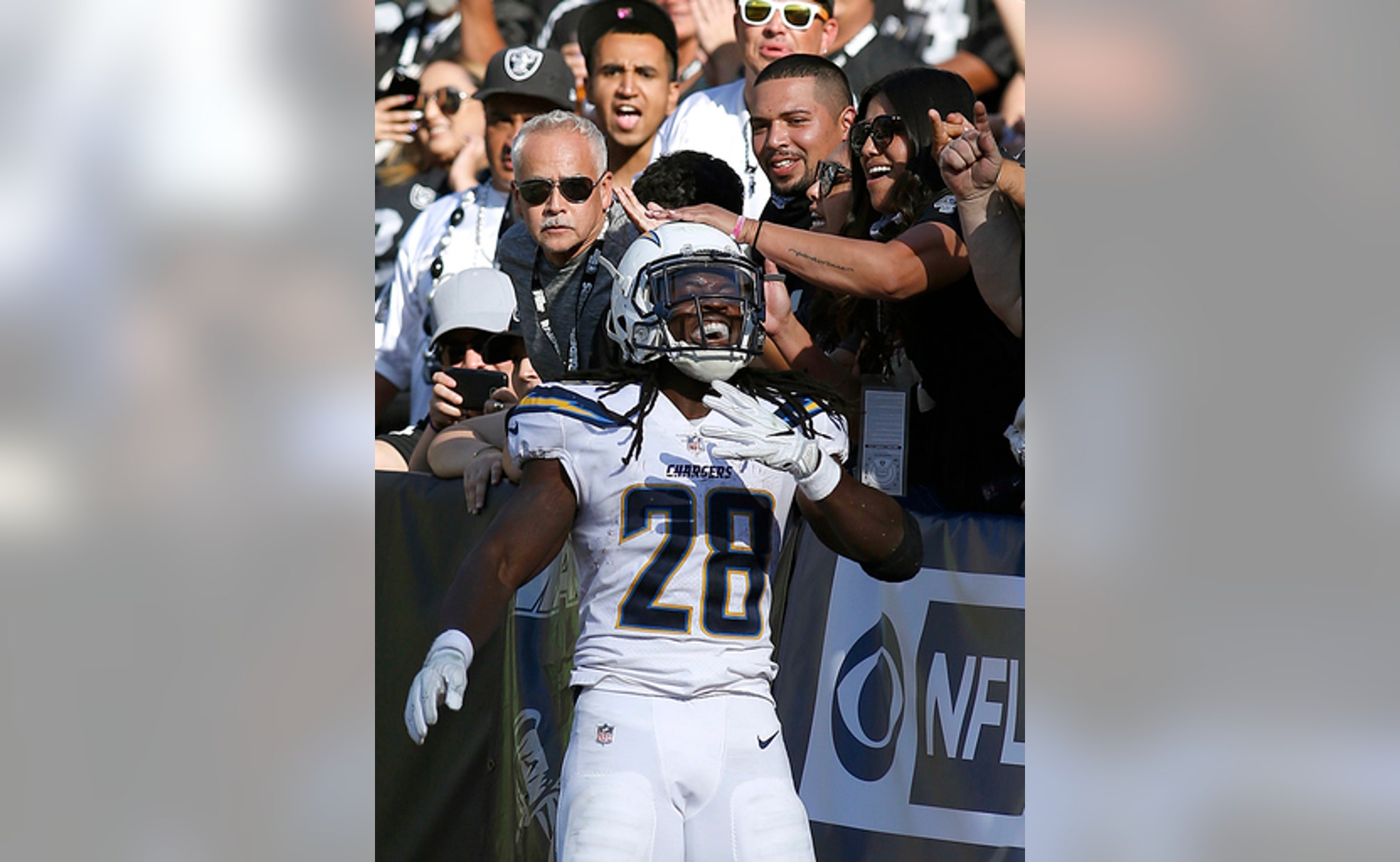 previous story
Jones on hot seat as Vols prepare to visit No. 1 Alabama
next story
49ers DL Arik Armstead to have surgery on broken hand

COSTA MESA, Calif. (AP) Mike Williams only got 10 snaps in his debut with the Los Angeles Chargers, and he caught just one pass. The first-round pick from Clemson still savored his first chance to be on an NFL field.

''Little jitters, but once I saw the ball coming my way, I felt a little better,'' Williams said.

The rookie receiver loved it even more when his 15-yard catch contributed to the Chargers' fourth-quarter touchdown drive in a 17-16 victory over the Oakland Raiders.

''It was big,'' Williams said Monday after the Chargers returned home. ''That's what coach (Anthony Lynn) was preaching the whole week. It was going to be a tough road game. We just had to go out there and fight to the end. That's what we did, and we've got two big road wins.''

Indeed, the Chargers' relocation year is looking up after back-to-back victories that have erased some of the disappointment from an 0-4 start.

Now they've just got to figure out how to do it at the NFL's smallest home stadium, where they still haven't won.

A team that struggled mightily to win close games over the past two seasons has suddenly won consecutive nail-biters heading into Sunday's visit from Denver, which beat the Chargers by three points on a last-minute blocked field goal in the season opener.

Los Angeles' defense largely did an outstanding job against Derek Carr and the Oakland offense, giving up just 274 yards and limiting the Raiders to two touchdown drives.

The Chargers' offense relied heavily on running back Melvin Gordon, who rushed for 83 yards and caught nine passes for 67 yards. Philip Rivers passed for 268 yards, but also threw no interceptions and took only one short sack.

Thanks to a herniated disk in his lower back from the first day of his rookie minicamp with the Chargers, Williams hadn't played in a game since last January, when he won the national championship in Clemson's victory over Alabama. When asked whether that game was more stressful than his NFL debut in the Black Hole, Williams laughed.

''I don't know, that national championship game was pretty intense,'' he said. ''Alabama was pretty good. But that first NFL game, that's what you dream about as a kid, just to get the opportunity to be in the NFL and get a chance.''

He'll get more chances this weekend: Lynn expects to increase Williams' workload steadily as the Chargers move toward their bye in two weeks. Williams and Rivers are still getting to know each other, so every snap will count.

NOTES: Safety Adrian Phillips is in the NFL's concussion protocol after crashing into teammate Jatavis Brown in a helmet-to-helmet hit. He won't play this week. ... Defensive tackle Corey Liuget has been playing with a sore back, and he will have an MRI exam. ''He's been working through it every week,'' Lynn said. ... MLB Denzel Perryman will return to practice this week for the first time since injuring his ankle during the preseason. He would be eligible to return to the Chargers' lineup for their game at Jacksonville on Nov. 12, after their bye. ... The Chargers signed linebacker Josh Keyes, a third-year pro from Boston College. He has spent time on practice squads with Tampa Bay, Kansas City and Atlanta. He was signed to the Falcons' active roster last December and played under Chargers linebackers coach Richard Smith, who was Atlanta's defensive coordinator. The Falcons released Keyes last month. Los Angeles also waived linebacker Nigel Harris and released running back LeShun Daniels from the practice squad.