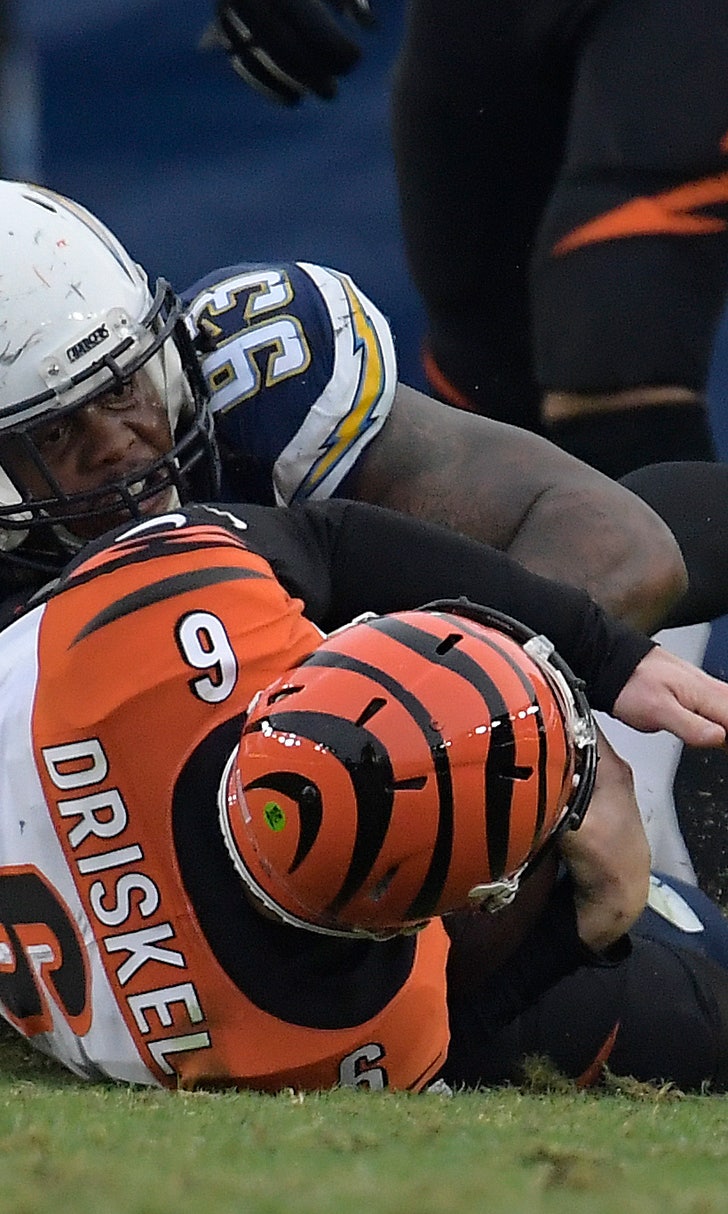 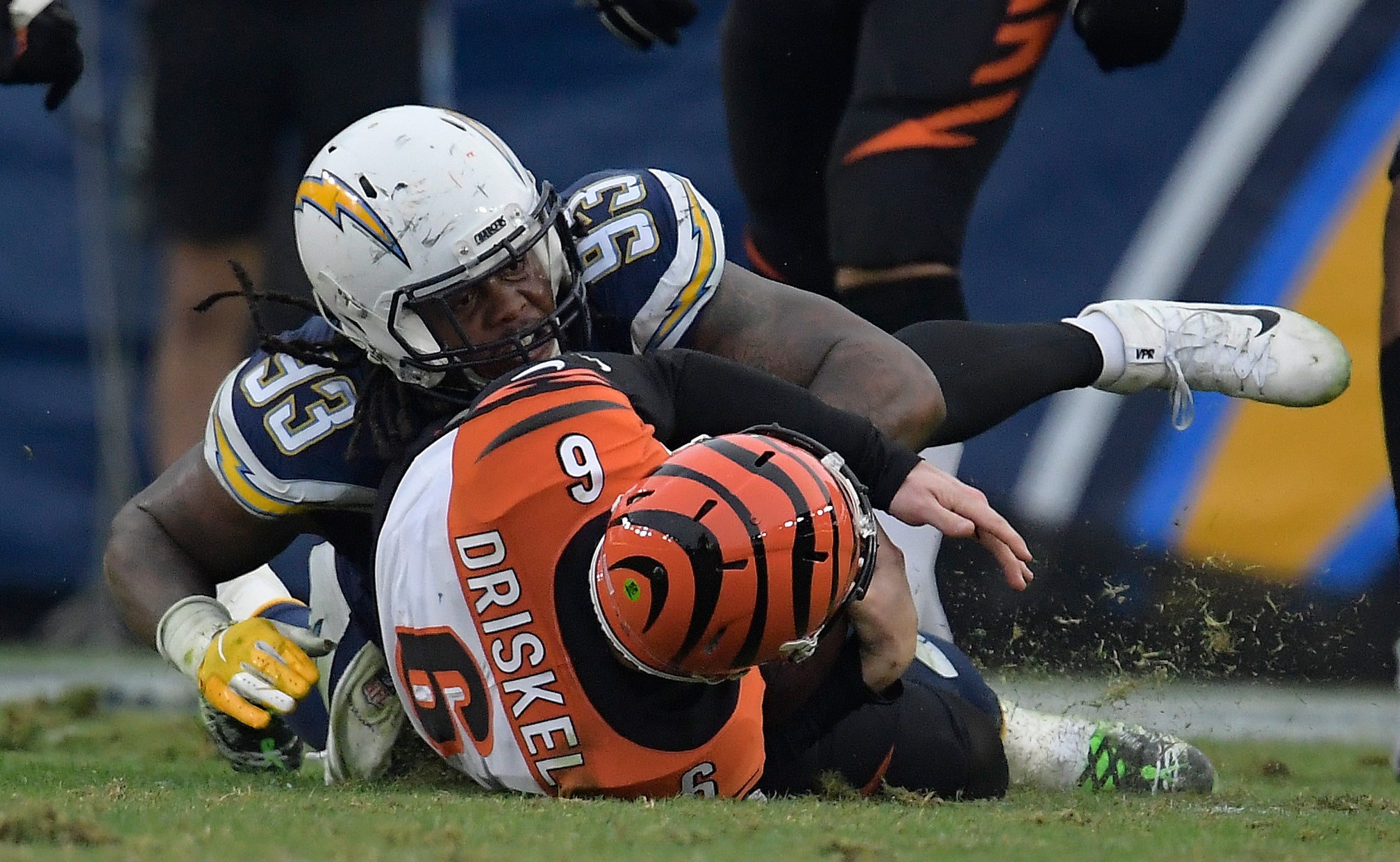 CINCINNATI (AP) — Jeff Driskel was better in his second NFL start. Joe Mixon ran for more than 100 yards. A historically bad defense held its own after a rough start.

With all that, the Bengals still couldn't get the one thing they really need.

They haven't had one of those since October, leaving Cincinnati (5-8) in a freefall that's taken it from the top of the AFC North all the way to the bottom.

A 26-21 loss to the Chargers was their fifth straight and their seventh in eight games, dropping them behind Cleveland into last place.

The Bengals haven't finished last since 2010, when they went 4-12 overall and lost 10 in a row — their worst losing streak in Lewis' 16 seasons. They dropped the first eight games of the 2008 season, when they went 4-11-1. Their current five-game drought is the third-longest under Lewis.

And there's no sign it's going to get appreciably better as the season winds down.

That win they need? As elusive as a playoff victory, something they haven't gotten since the 1990 season.

Cincinnati finishes its home schedule Sunday against the Oakland Raiders (3-10), who are coming off a 24-21 victory over Pittsburgh . The Bengals will likely have one of the smallest crowds in Paul Brown Stadium history. Their previous home game, a 24-10 loss to Denver, drew only 44,392 fans.

The smallest crowd in the stadium's 19-year history came in 2011, when they drew 41,142 for a game against Buffalo. The Bengals are averaging 51,637 fans this season, the second-smallest attendance in stadium history behind the 2011 season.

Any hopes for a strong finish ended in Los Angeles when a few out-of-character coaching decisions and a couple of unfathomable penalties led to another loss.

Lewis made some bold decisions that ended badly. He decided to go for a 2-point conversion in the second quarter trailing 14-12, and it failed.

He also decided to go for it on fourth-and-inches from the Cincinnati 35-yard line on the opening drive of the second half. Mixon was stopped short, leaving the Chargers in range for a field goal.

"It was fourth down and 4 inches basically," Lewis said. "It's aggressive, but it is 4 inches. We've got to be able to pick that up."

Otherwise, Mixon had one of his best games , carrying a career-high 26 times for 111 yards and a touchdown. Driskel was 18 of 27 for 170 yards with a touchdown and no interceptions during his second start in place of Andy Dalton, out for the season with a torn thumb ligament.

Driskel led the Bengals to a touchdown with 1:54 left, but he was sacked while trying to throw for a tying 2-point conversion. The Chargers recovered an onside kick and added a field goal that finished it off.

And essentially finished off the Bengals' season, too.

"What you did last week doesn't gain anything," Lewis said. "We've got to go back and do it better and find a new way, find a better way."

The Bengals had an apparent touchdown overturned because of a new rule interpretation this season. Driskel dived toward the end zone in the second quarter and slid in for what was initially ruled a touchdown, but he landed inches shy of the goal line and the ball was spotted there.

Under the rule, a runner who dives is down where they touch the ground, an effort to protect them from hits. A penalty for a false start on the next play forced the Bengals to settle for a field goal.

"It's an unintended consequence of the (rule) change that's made," Lewis said Monday. "And that's what happens when people don't think about all the parts of it."