BOSTON (AP) Terry Rozier scored 20 points in 20 minutes, stealing the spotlight from LeBron James, Kyrie Irving and Isaiah Thomas in a rematch of the Eastern Conference finals and leading the Boston Celtics to a 102-88 victory over the Cleveland Cavaliers on Wednesday night.

Rozier scored the last eight Boston points of the first quarter to give the Celtics an 11-point lead, and had another eight in a row midway through the fourth when they expanded the lead to 21. Marcus Smart and Jayson Tatum had 15 points apiece, and Irving and Al Horford each had 11 points and nine rebounds to help Boston to its fourth straight win.

James had 19 points, seven rebounds and six assists, and Tristan Thompson had 10 points and 10 rebounds for Cleveland, which lost for the fourth time in five games. Playing on back-to-back nights - the Celtics had been preparing for them since New Year's Eve - Cleveland shot 34.8 percent.

It was the first time the teams had played since the season opener, when top Boston free agent Gordon Hayward broke his leg in a gruesome injury that reshuffled the Eastern Conference playoff race.

Curry finished with 32 points as Golden State's ''Big Four'' combined for 100 - and the Warriors needed every one of them against a Mavericks team that had won four straight.

Kevin Durant and Klay Thompson had 25 points each, and Draymond Green added 18 to go with 10 rebounds.

Wesley Matthews led the Mavericks with 22 points, including seven 3-pointers, and Dwight Powell tied his career high with 21.

Dallas, playing from behind most of the game, erased a 12-point deficit with 4:32 to play, tying the score at 120 on Harrison Barnes' jumper with 39.9 seconds left.

LOS ANGELES (AP) - Russell Westbrook had 20 points and 12 assists in a successful return home, and rookie Terrance Ferguson scored all 24 of his points in the second half of his first career start as Oklahoma City handed Los Angeles its eighth consecutive defeat.

Paul George also scored 24 points and Carmelo Anthony added 21 to complement Westbrook, the reigning MVP who was born in Long Beach and went to college at UCLA.

The Lakers were led by rookie Kyle Kuzma's 18 points. They shot just 41.3 percent from the field, while the Thunder shot 60.2 percent.

PHILADELPHIA (AP) - Joel Embiid shook off a sprained right hand that nearly kept him out of the lineup to score 21 points, grab 11 rebounds and lead Philadelphia past San Antonio.

The 76ers snapped a 12-game losing streak to the Spurs. They needed all 35 minutes from Embiid to knock off short-handed San Antonio.

Embiid was injured in a hard fall Saturday against the Suns. Philadelphia's leading scorer and rebounder sat at his locker before the game and said his hand was swollen and he couldn't shoot.

Embiid used a soft touch to sink a couple of shots during pregame drills, and that was enough to convince the Sixers he could play.

The Sixers blew a 16-point lead and might have been thumped from the outset had the Spurs not sat five players. Patty Mills led the Spurs with 26 points and LaMarcus Aldridge had 24 points and 14 rebounds.

Harden was sidelined by a strained left hamstring.

Green made his first five 3-point shots and finished 7 for 10 from behind the arc for the Rockets, who were never behind and led by as many as 28 late in the third quarter.

Eric Gordon added 17 points and six assists to help Houston tune up for its Thursday night showdown with Golden State.

Aaron Gordon led the Magic with 16 points after missing his first eight shots. Elfrid Payton and Mario Hezonja added 14 each during Orlando's 12th loss in 13 games.

Playing for the first time since he was selected Eastern Conference player of the week, Beal followed his 39-point outburst on Sunday by hitting 11 of his 14 field goal attempts for Washington, which was won five of six.

Marcin Gortat had a season-high 21 points, shooting 9 of 10 from the field.

Michael Beasley had 20 points, including 16 in the second half to lead the Knicks, who have lost six of seven.

Kristips Porzingis scored 16 points. New York has lost 14 of its last 15 against Washington.

Olynyk finished with 13 rebounds and Dragic had 13 assists for the Heat, who are three games over .500 for the first time since April 2016.

Josh Richardson scored 22 for Miami, which shot 51 percent and outscored the Pistons 51-27 from 3-point range. James Johnson scored 16, Wayne Ellington had 12 and Hassan Whiteside added 10 for the Heat.

NEW YORK (AP) - Spencer Dinwiddie made the go-ahead jumper with 9.7 seconds left and tied his career high with 26 points, leading Brooklyn over Minnesota.

Jimmy Butler missed at the buzzer as the Timberwolves lost for just the second time in nine games.

Dinwiddie added nine assists as the Nets improved to 2-0 in the new year - more wins than they had all last January, when they were 1-15. Joe Harris came off the bench to score 17 points.

Butler finished with 30 points, mostly on the strength of 16-of-18 shooting at the foul line. Andrew Wiggins added 17 points and Karl-Anthony Towns had 16 points and 10 rebounds.

DeRozan came up big again after scoring a franchise-record 52 points in a win over Milwaukee on New Year's Day. Held to nine in the first half this time, he scored 18 in the third quarter. He also shot 5 of 8 on 3-pointers and converted all 10 free throws.

Wright had his first career double-double and hit four 3s.

Serge Ibaka scored 16 points for Toronto. Fred VanVleet added 13 and the Raptors pulled away in the fourth quarter for their ninth win in 11 games.

Antetokounmpo had his way around the rim with his usual array of dunks and layups, shooting 12 of 18. He secured his 18th double-double of the season with 1:01 left in the third quarter and was rested for the entire fourth.

Minus leading scorer Victor Oladipo (24.9 points per game) for a fourth straight game because of a knee injury, the Pacers couldn't keep up. Domantas Sabonis had a career-high 24 points on 10-of-13 shooting for Indiana, which lost its season-high fifth in a row.

Jrue Holiday carried the offense early with 18 first-half points and finished with 24 for the Pelicans. DeMarcus Cousins added 19 points and 11 rebounds.

Donovan Mitchell led the Jazz with 24 points, and Joe Johnson scored 20 off the bench.

The game went back and forth before the Pelicans closed the third quarter on a 12-1 run, including seven points from Davis. He added 10 in the fourth to help close it out.

DENVER (AP) - Gary Harris scored 28 of his 36 points in the first half and Denver used a big third quarter to beat Phoenix.

Harris tied his career high in points, finishing 14 of 17 from the field. Nikola Jokic added 14 points, nine rebounds and eight assists to help the Nuggets stop a two-game slide and improve to 13-4 at home this season.

Devin Booker led the Suns with 17 points. Greg Monroe, filling in for starting center Tyson Chandler, had 16 points and 10 rebounds. 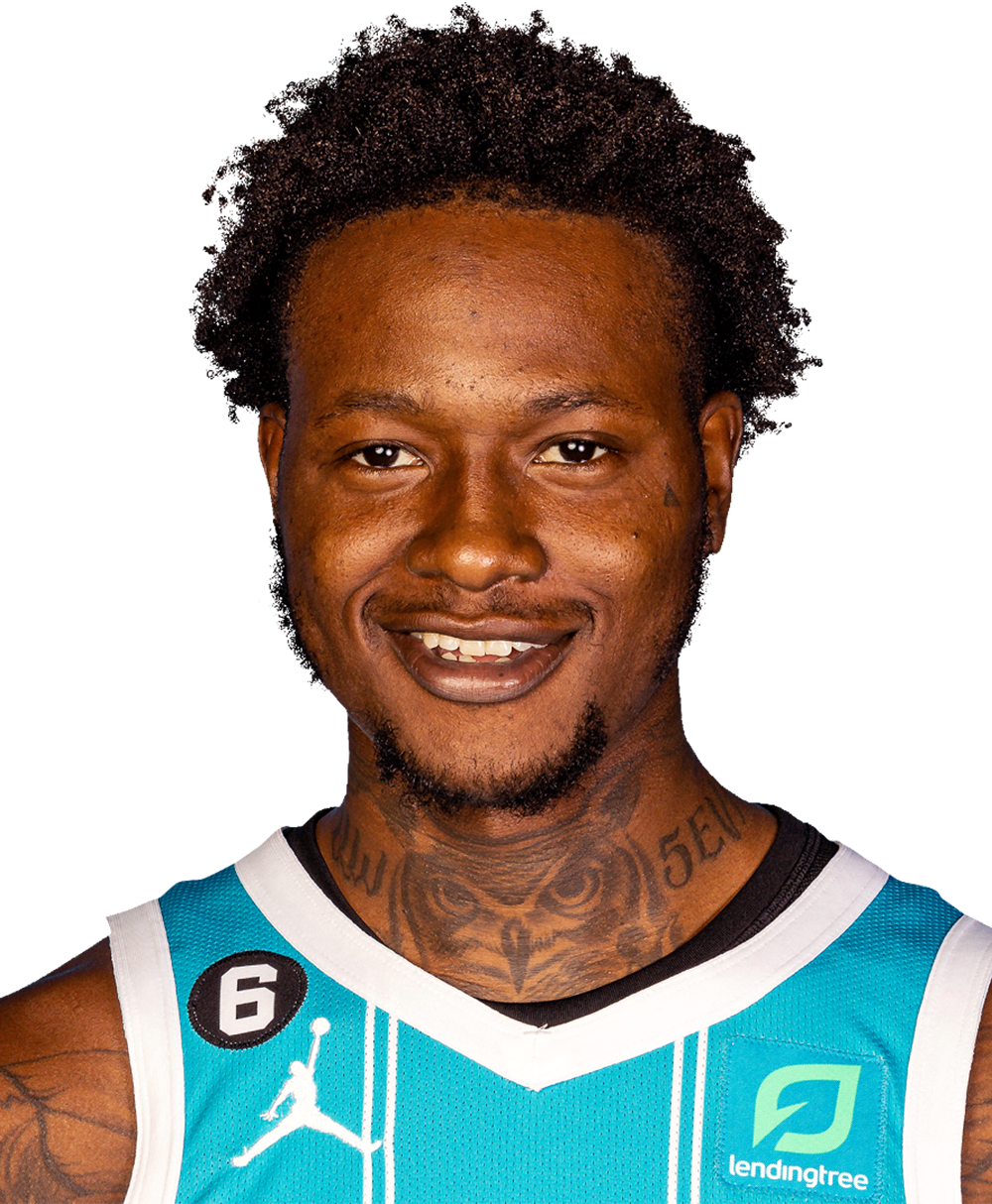