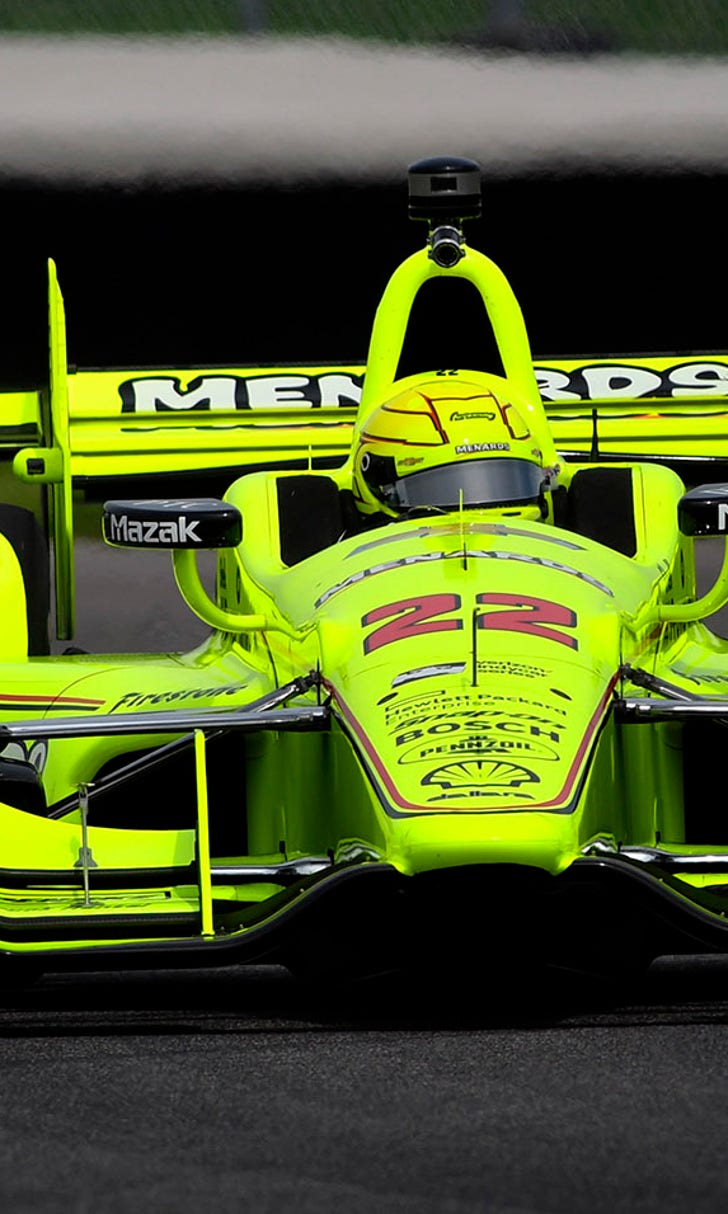 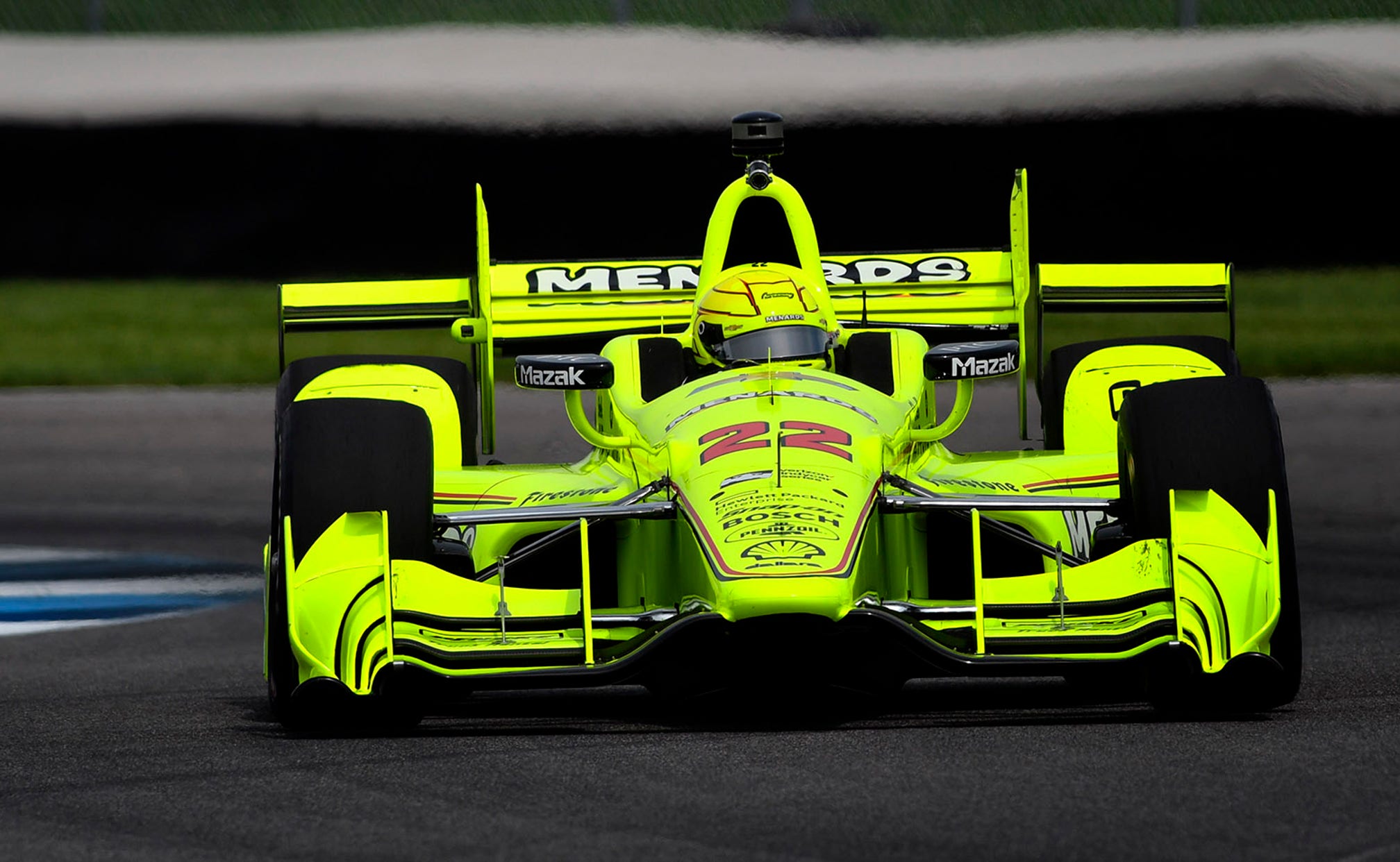 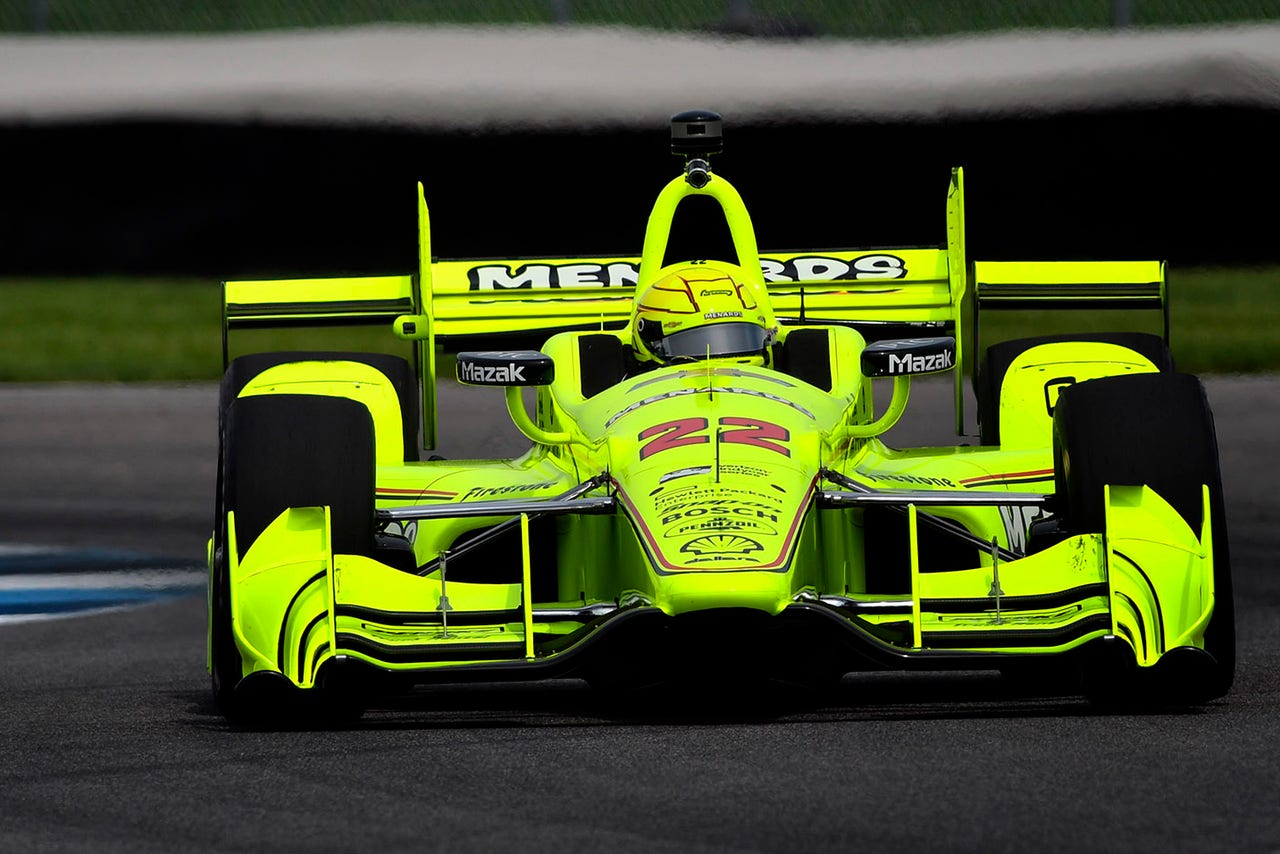 Verizon IndyCar Series points leader Simon Pagenaud will lead the field to green for Saturday’s Angie’s List Grand Prix of Indianapolis at the Indianapolis Motor Speedway road course after running a 1:08.6868 during qualifying on Saturday.

Charlie Kimball will line up alongside him, with Graham Rahal, James Hinchcliffe, Josef Newgarden and Jack Hawksworth rounding out the Fast Six. All six drivers in the Fast Six race for different teams, with three driving Chevrolets and three driving Hondas.

Subsequently and surprisingly, Simon Pagenaud was the only Team Penske driver to make it into the Fast Six.

One of his teammates, Will Power, brushed in the wall in the second round, while Juan Pablo Montoya was forced to miss the first five minutes of the second round of qualifying after he ignored the checkered flag at the end of the first qualifying session. Alex Tagliani also received the same penalty for the start of the first qualifying session, after ignoring the checkered flag in practice. The confusion came due to the timing and scoring loop being placed in Turn 11 as opposed to the main straight, and Montoya could manage no better than eighth in the second round of qualifying, while Tagliani was knocked out in Round 1 and will start 23rd.