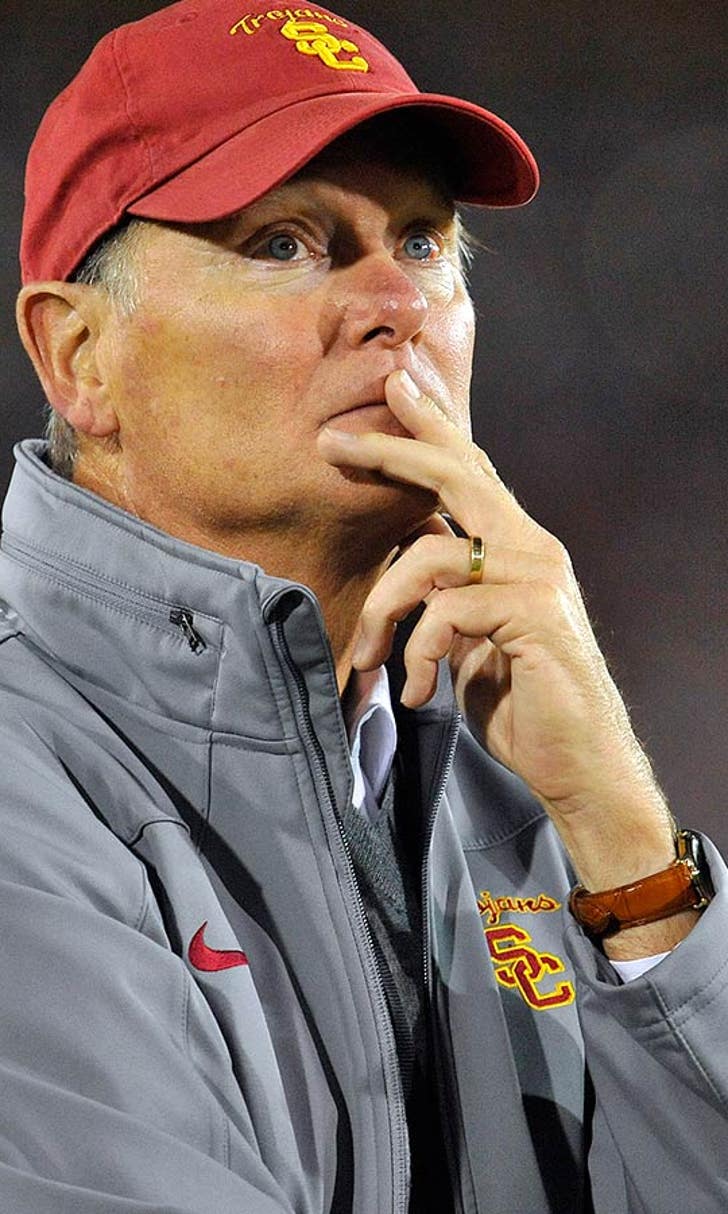 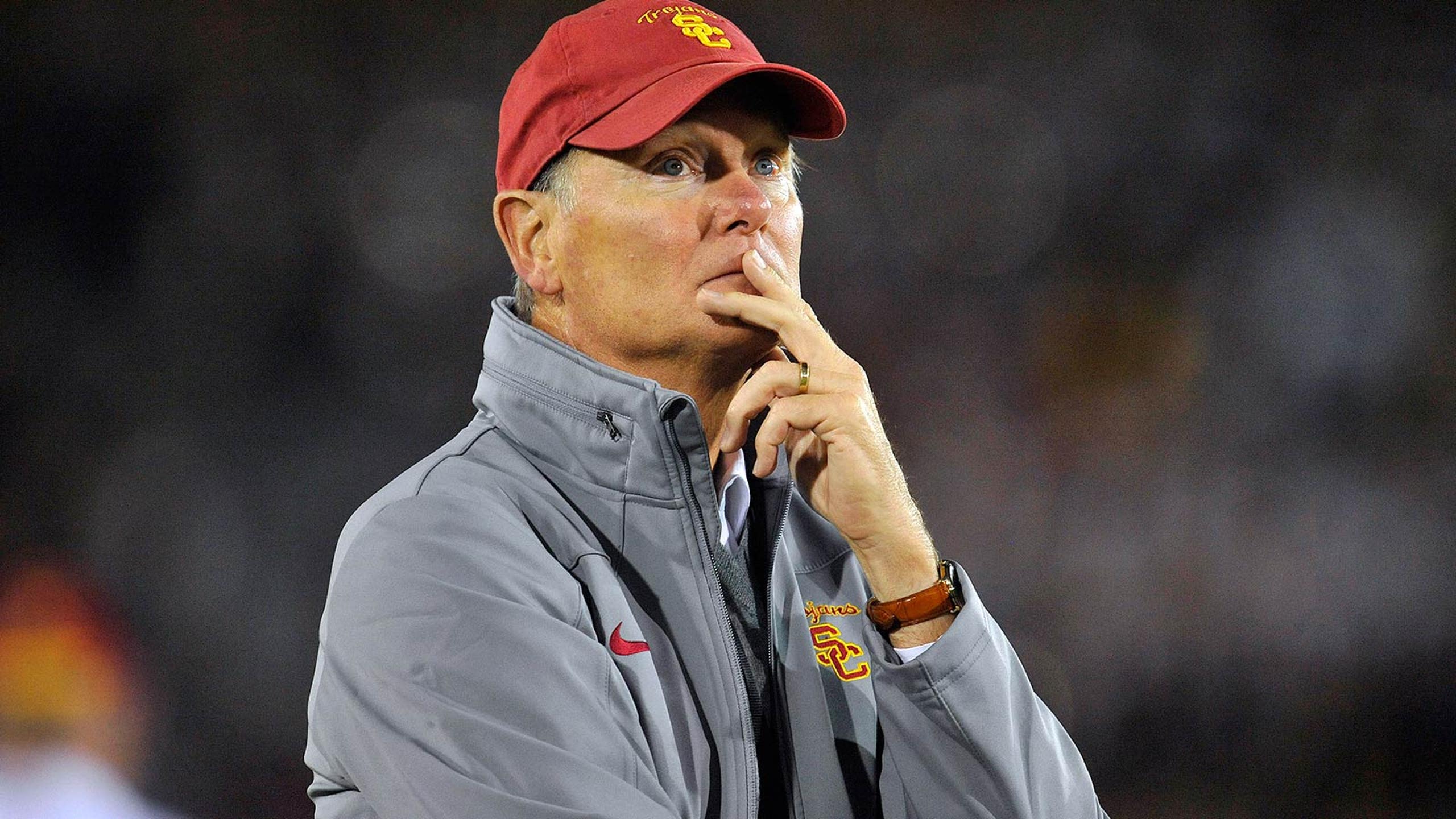 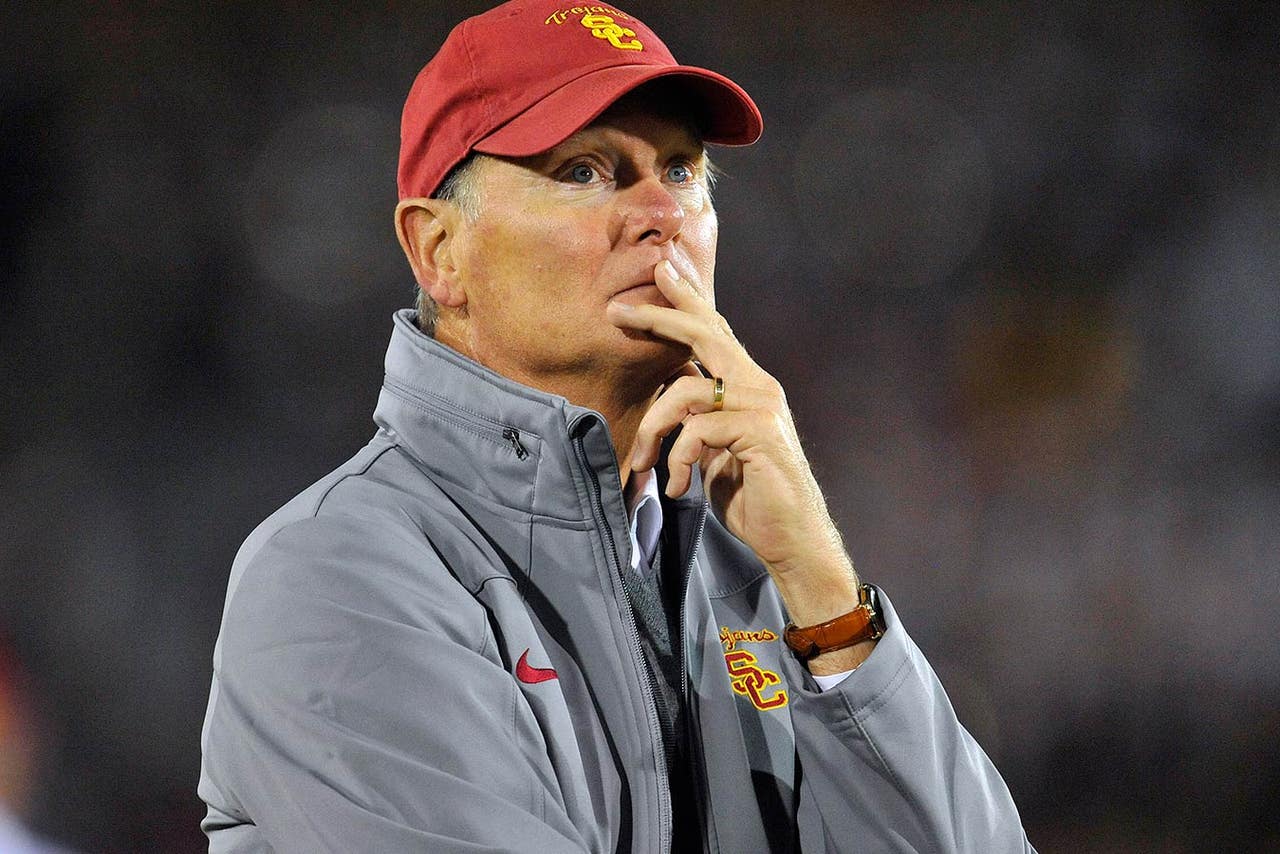 Citing health issues weeks after he passed out on the sidelines at the USC-Notre Dame game in South Bend, Ind., USC Trojans athletic director Pat Haden stepped down from his post on the College Football Playoff selection committee on Friday.

"I am reluctant to step down, but my doctors advised me to reduce my traveling," Haden said. "With the weekly CFP meetings about to start and the travel commitment involved, I had to make this difficult decision. I feel it is in the best interest of the CFP and also of USC, with our current football coaching change and our upcoming Coliseum renovation."

This was Haden's second year of his two-season commitment to the CFP selection committee, which will be left with 12 members for the remainder of the 2015 season. The committee is scheduled to meet in North Texas this weekend to produce its first rankings of the season, with the initial edition of the group's weekly rankings to be released on Tuesday. Rankings will then be released weekly on each of the four following Tuesdays before the final Selection Sunday on Dec. 6.

"It was an honor to serve on the College Football Playoff Selection Committee," Haden said. "I have such high regard for the CFP process and for the committee members, who devote such time and energy to the great sport of college football. It was a pleasure to serve alongside them. I want to thank the committee members, as well as CFP executive director Bill Hancock and his staff. They all do wonderful work."

"I want to thank Pat for his service to the College Football Playoff Committee. He brought extremely valuable expertise and institutional knowledge to the process, and helped usher in a great new chapter for college football as part of the inaugural selection committee.

"I fully support Pat's decision given his doctor's recommendation and his campus priorities. I am confident in the 12 remaining committee members to represent the best in all of college football and to select the best teams for the playoff."

This has been a tumultuous football season for Haden, a national championship-winning quarterback at USC and a Pro Bowl passer in the NFL with the Los Angeles Rams. He was compelled to fire head coach Steve Sarkisian after a series of troubling incidents allegedly related to drinking, then Haden collapsed on the Trojans sideline on the first gameday after Sarkisian's firing at Notre Dame, reportedly because he was "lightheaded."

This will be the second year in a row the committee has lost took a member during the season. Archie Manning withdrew from the committee late in last season for health reasons before ultimately stepping down for good during the offseason.

Associated Press contributed to this report.