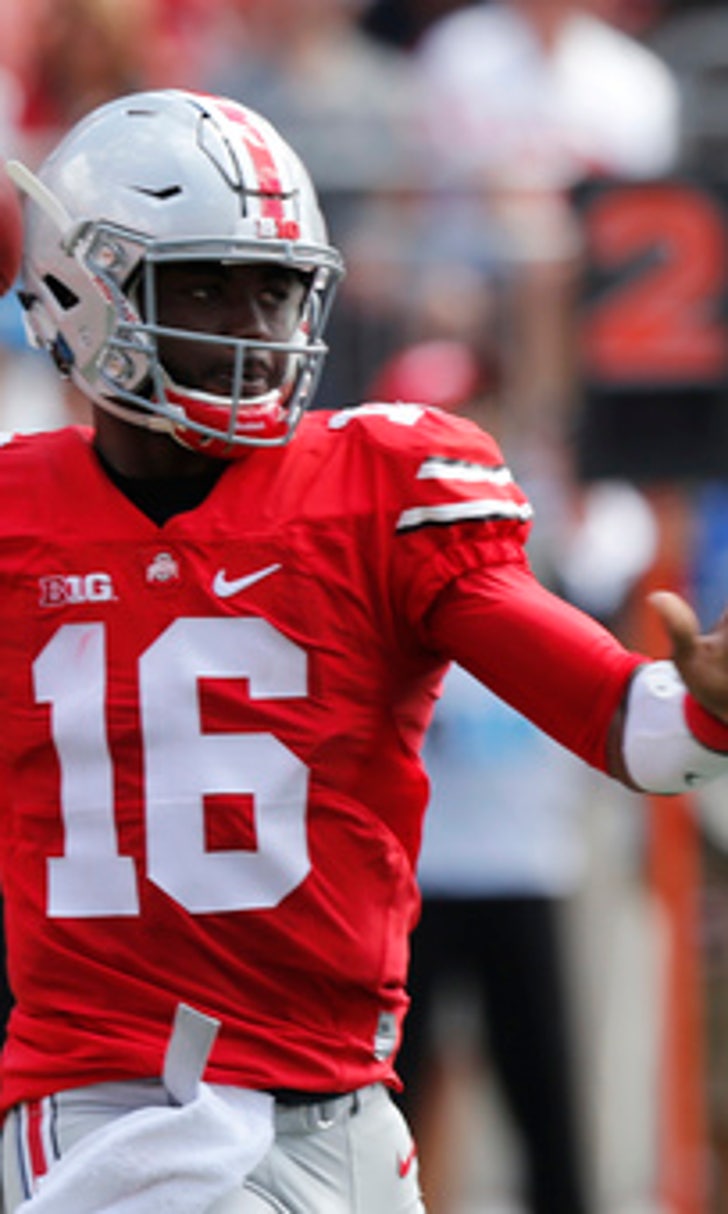 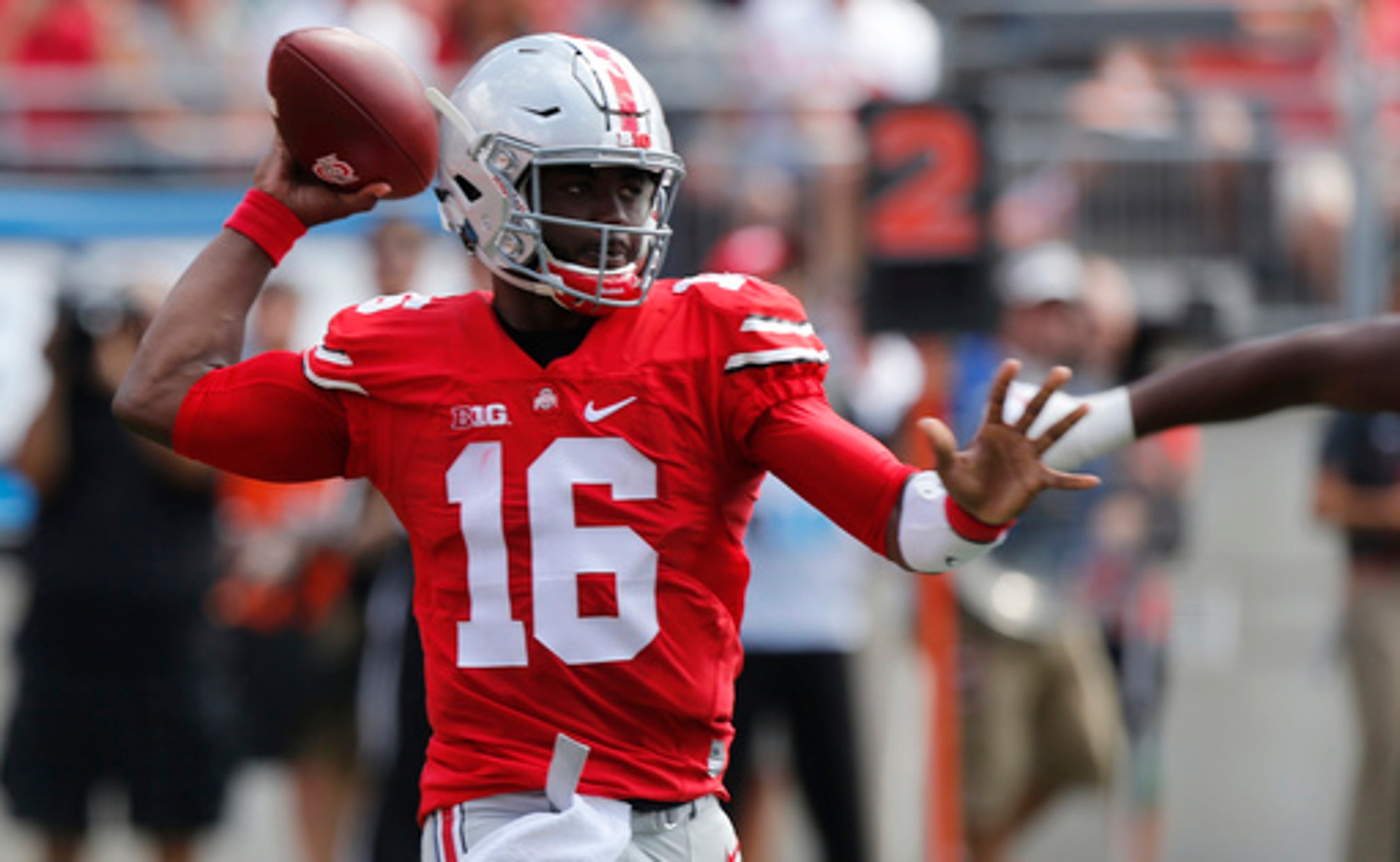 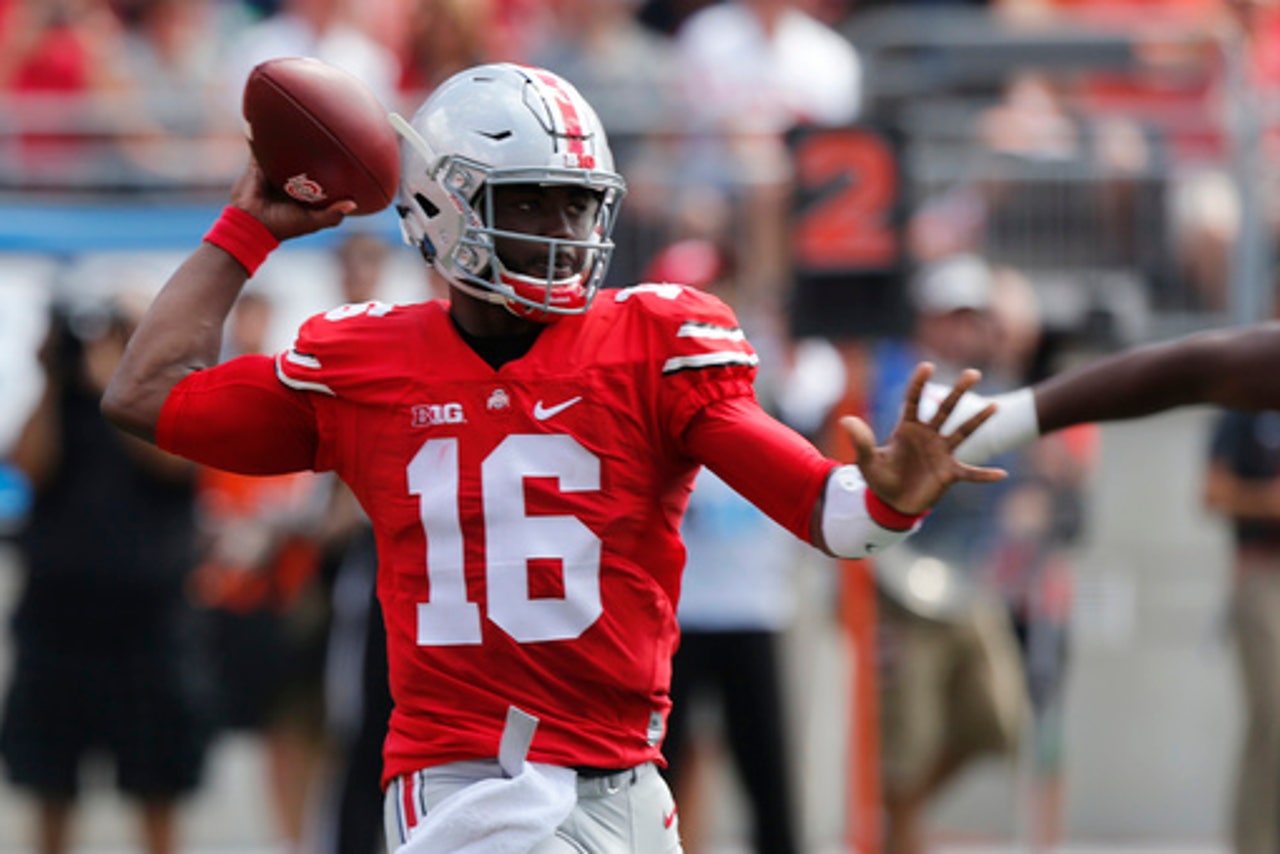 Eight players scored touchdowns on offense as the Buckeyes (1-0) overpowered the Falcons in front of a crowd of 107,193 at sunny Ohio Stadium.

Barrett also set a school record with seven touchdowns overall - six passing, one running. The junior was 21 for 31 for 349 yards and ran for another 30 in the hurry-up offense before giving way to backup Joe Burrow with 6:30 left in the third quarter.

BOWLING GREEN: The Falcons receivers need to start holding on to James Knapke's passes if they're going to have success.

OHIO STATE: The Buckeyes did what they wanted: break in a bunch of inexperienced players against an huge underdog. They also showed they have many weapons and stunning team speed.

BOWLING GREEN: After the loss, the Falcons get their own tuneup game at home next Saturday against North Dakota. The Fighting Hawks, a Big Sky conference team formerly known as the Fighting Sioux, went 7-4 in the last season in the FCS.

OHIO STATE: The Buckeyes will get another game at home against an overmatched opponent when Tulsa visits next week. Then it's on to play at Oklahoma the following week.