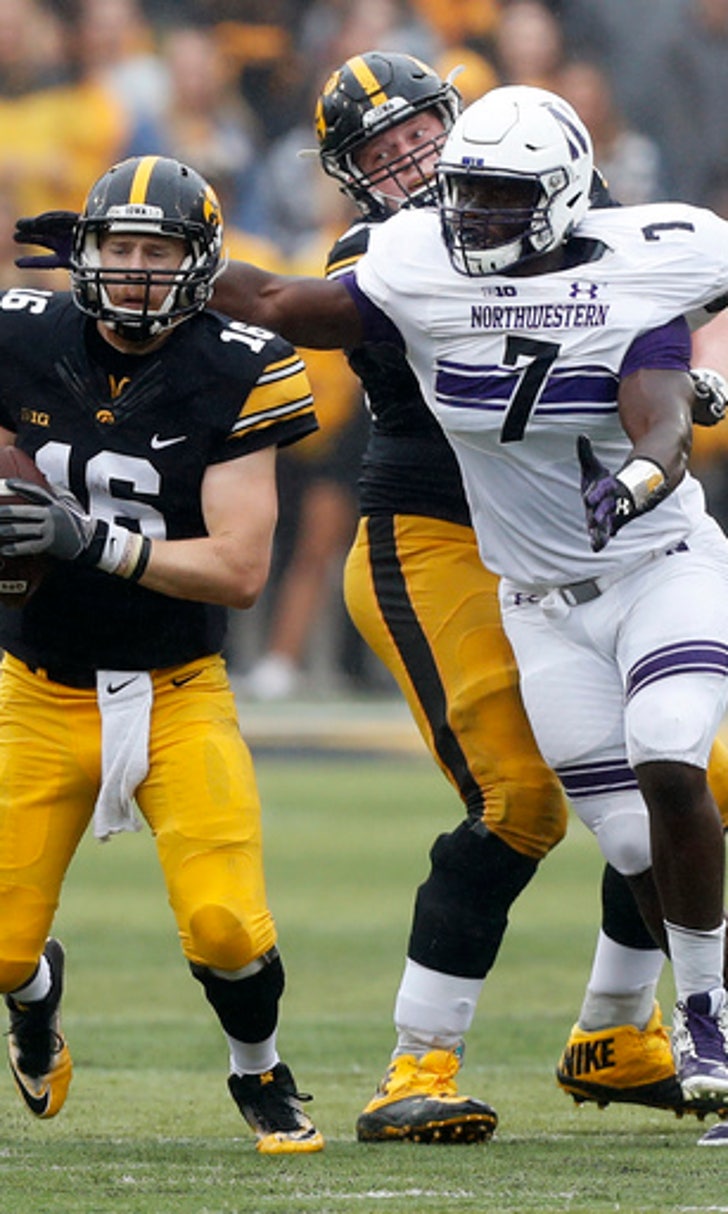 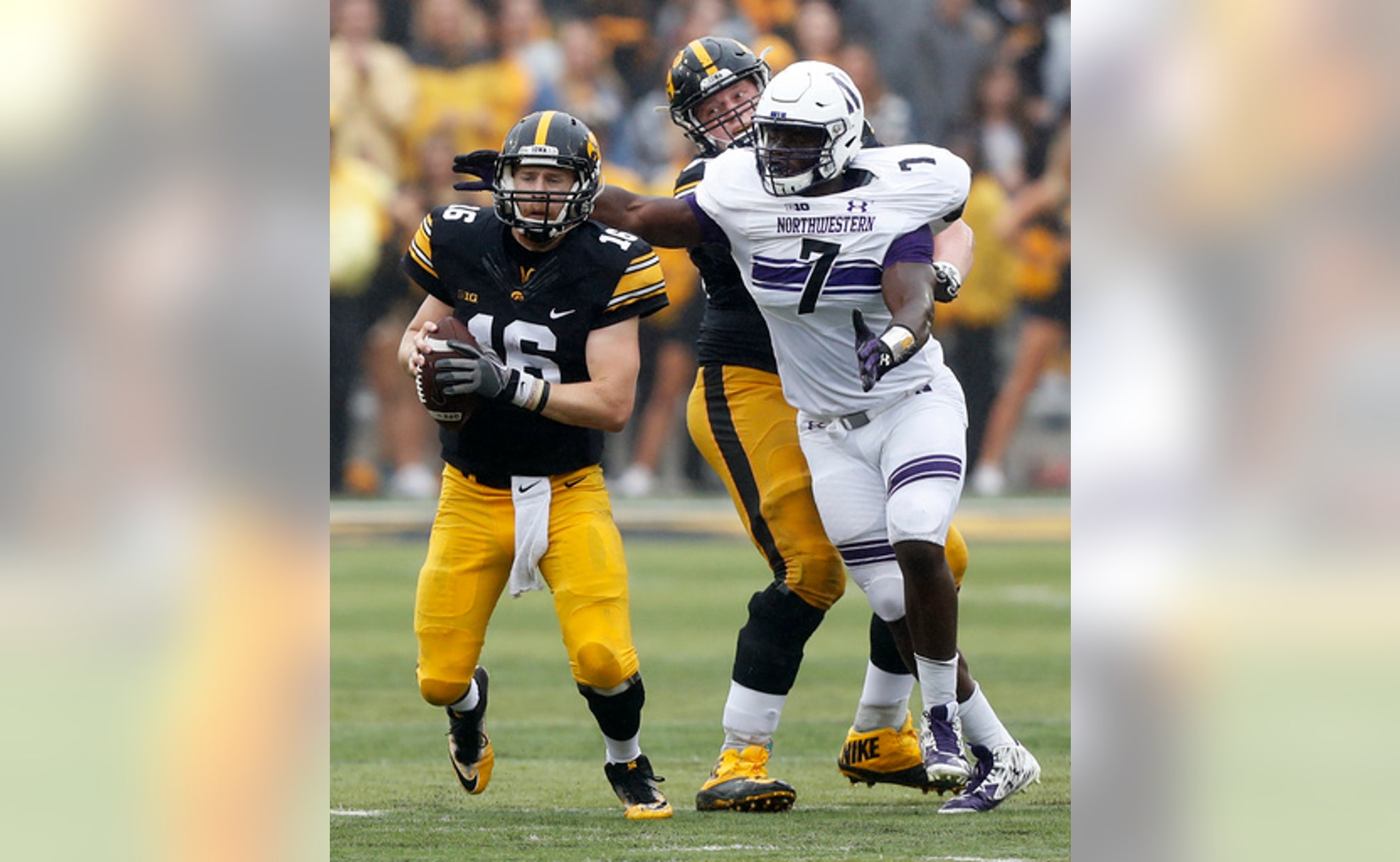 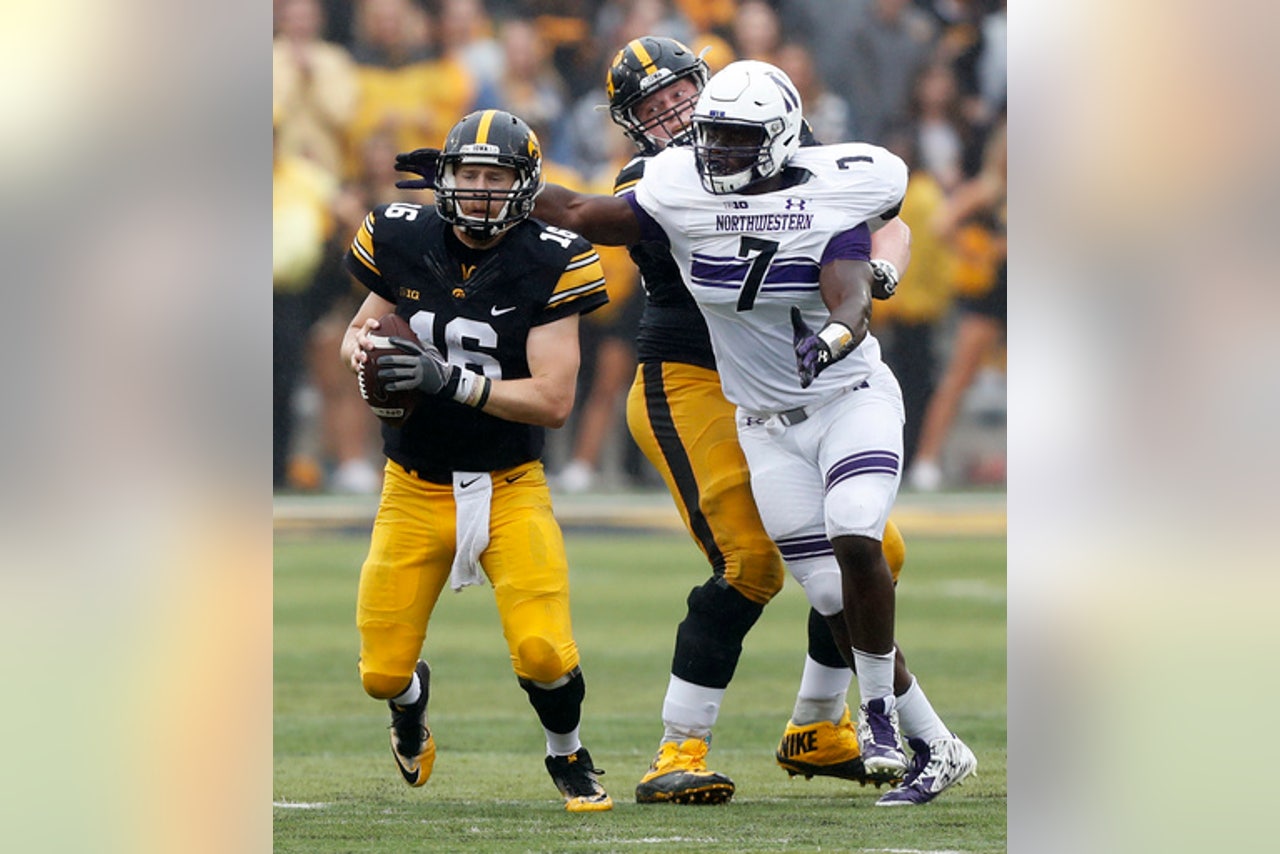 Trae Williams' interception in the final minute secured the win for the Wildcats (2-3, 1-1 Big Ten), who scored touchdowns on three straight drives in the second half for their first win at Kinnick Stadium since 2009.

C.J. Beathard threw for 204 yards and a touchdown for Iowa (3-2, 1-1), which snapped its nine-game regular-season Big Ten winning streak.

Jackson became the fourth player in Northwestern history to reach 3,000 career yards. The junior's 58-yard touchdown run late in the third quarter regained the lead for the Wildcats.

The Hawkeyes had two chances to tie the game in the final seven minutes, but were forced to punt and then Williams intercepted Beathard at Northwestern's 36-yard line.

NORTHWESTERN: The Wildcats entered Saturday as the worst scoring offense in the Big Ten, but exploded for a season-high 38 points in their first road game. Northwestern took advantage of good field position early. It had three scoring drives of 75-plus yards in the second half.

IOWA: Beathard didn't have time to find targets in his first game without top receiver Matt VandeBerg, who broke his foot this week in practice. Beathard was sacked six times and had to scramble to throw most of the game.

NORTHWESTERN: The Wildcats have a bye next week before visiting No. 17 Michigan State on Oct. 15.

IOWA: The Hawkeyes travel to Minnesota with hopes of holding onto the ''Floyd of Rosedale'' trophy. Iowa got whipped 52-14 in its last trip to Minnesota two years ago.