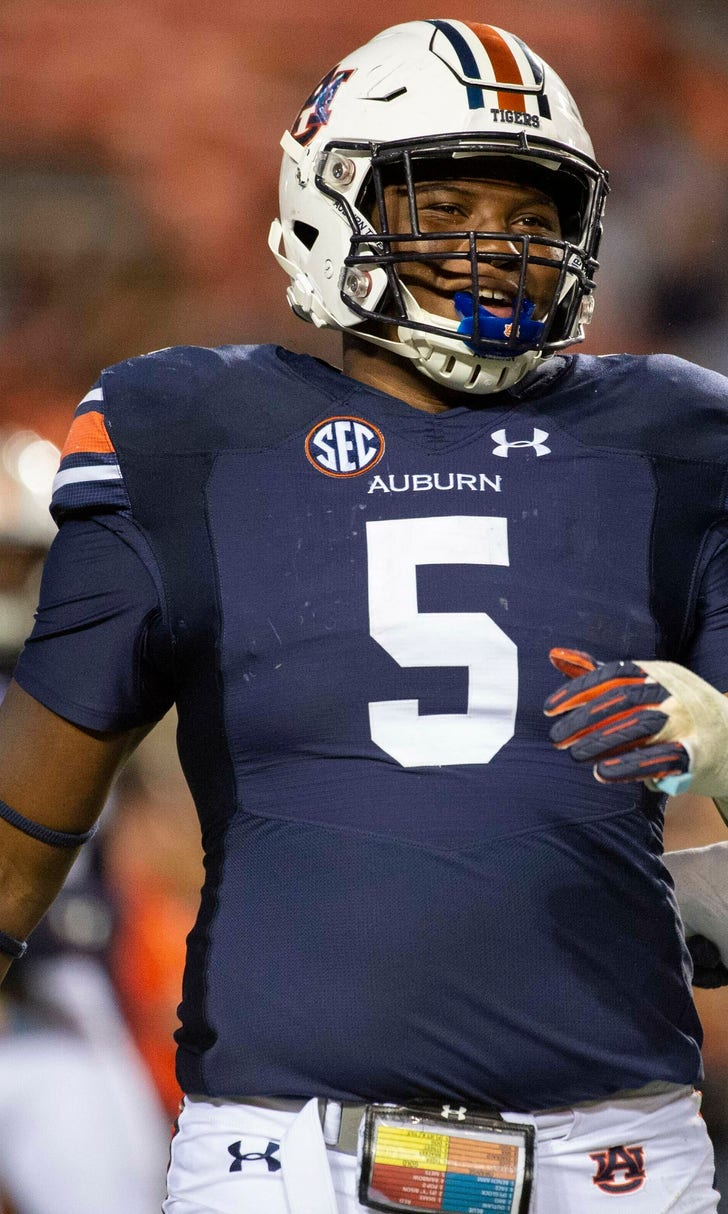 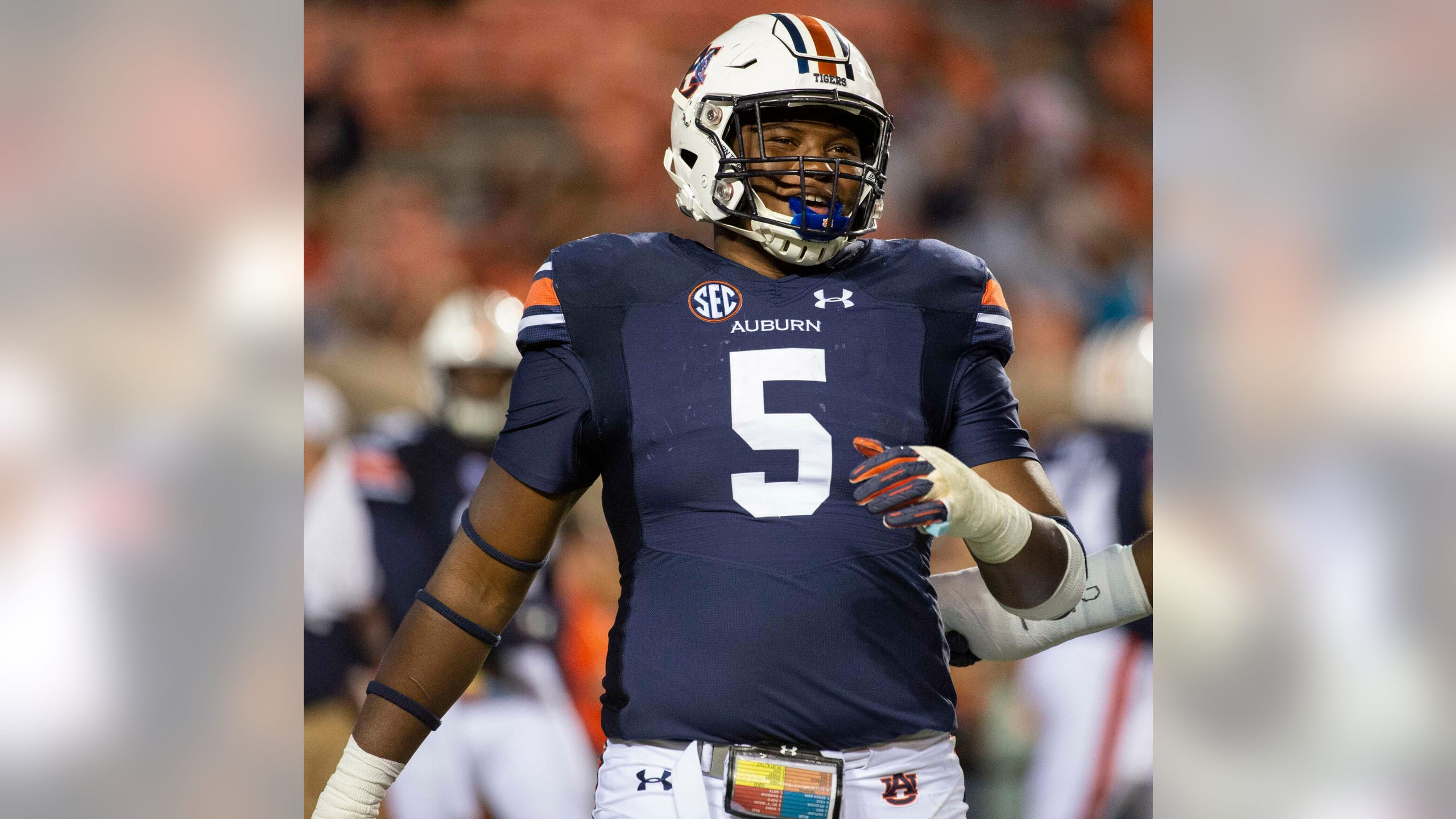 AUBURN, Ala. (AP) — Derrick Brown had a newborn son and the choice of either pursuing his NFL career or continuing to chase college quarterbacks and his degree.

The Auburn defensive tackle opted to return for his senior season despite being projected as a potential first-round draft pick. The decision not only gives him a chance to graduate this year but bolsters a defensive line that figures to remain the Tigers' most talent-rich position, with defensive ends Marlon Davidson and Nick Coe also opting to come back instead of turning pro.

"I mean, when you look at the benefit on this side of things ... it's just like, if I don't go this year, I could get hurt. I hope not to," Brown said. "But my degree in my hands is going to be so much more powerful than what could have happened.

Kai Brown was born on Dec. 20, eight days before the Tigers' 63-14 romp over Purdue in the Music City Bowl.

His birth was a joyful distraction from worrying about the NFL for Brown. Kai was also, of course, another factor to weigh and not just as a provider. A couple of decades from now, Brown would be able to site his own choice in encouraging his son to stay in school.

"Because when it comes time for my son to get his degree, I'm going to push for it," Brown said. "I'm not going to take no for an answer just like my dad has done with me."

He expects to finish his business degree in December. In the meantime, he's not worrying about the NFL combine or a string of job interviews and auditions.

Instead, he has more time during Auburn's offseason "to be able to be a dad and stuff like that."

He, Davidson and Coe started a group chat with Brown to discuss their NFL decisions. But getting the 6-foot-5, 325-pounder's attention away from Daddy duties and back to his phone was suddenly no easy task.

Coe at one point texted him "Hello?" repeatedly trying to get a response.

"Then Marlon starting texting too and he was like, 'You're ignoring us. Why are you ignoring us?'" Brown said. "And I really wasn't ignoring them but just in the mix of the whole day going on, and Kai wasn't feeling good so he was fussy all day, and it was just one of those things where my attention is all the way over here. It's just one of those things where you laugh at the end of the day. I texted them and I told them, 'I'm sorry. I've been busy all day.' And they're just like, 'Mmhmm.'"

Their response: "Tell us right now. What are you going to do?"

Ultimately, all three made the same decision. That fortifies a defensive line that now must replace only four-year starting tackle Dontavius Russell.

"We got Derrick back, we got Nick, and you saw what we could have done last year," Davidson said. "Just think about the next step we're going to take."