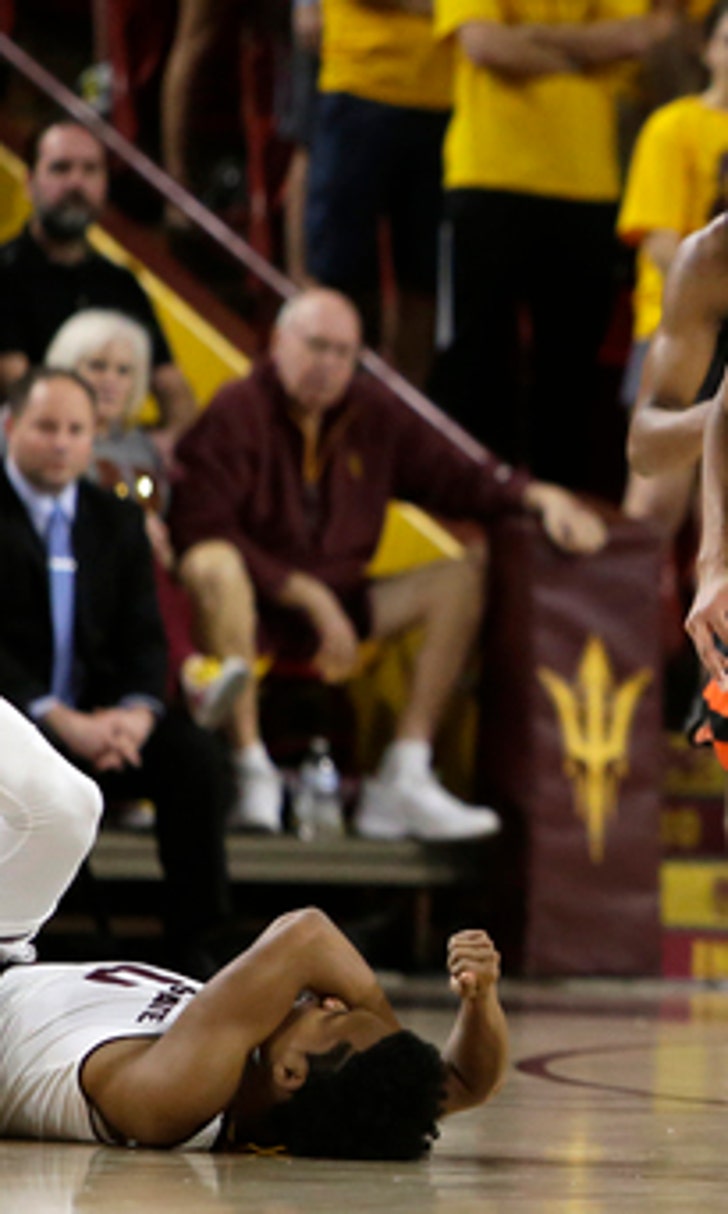 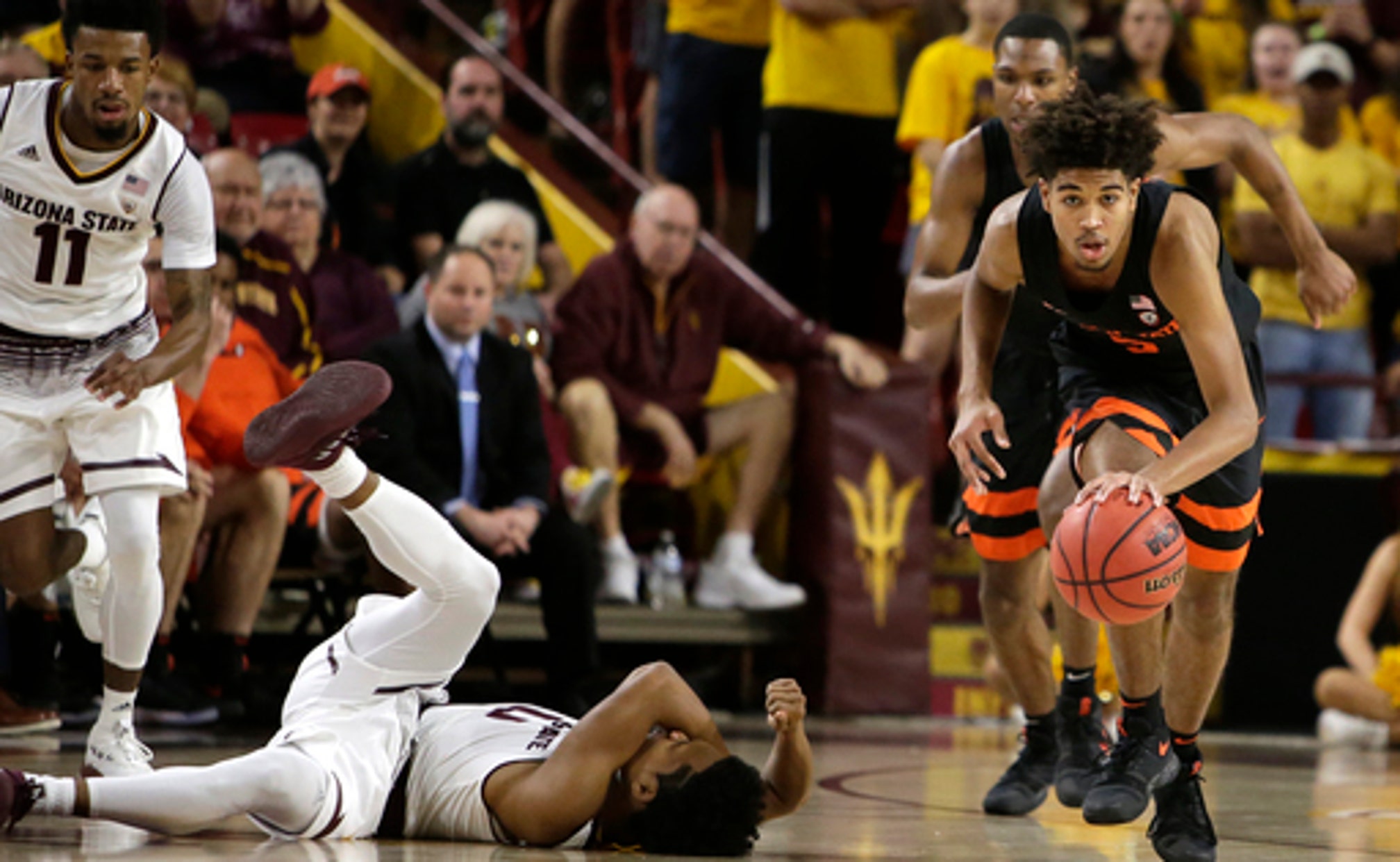 TEMPE, Ariz. (AP) Tra Holder was having a bad day, and the 11th-ranked Arizona State Sun Devils were staring at the possibility of a 1-4 record in the Pac-12.

Then his teammates came through.

Holder, the Pac-12's leading scorer at 20.9 points per game, made one of nine shots and scored four points. His teammates said they won it for him.

''He's one of the top point guards in the country right now,'' said Kodi Justice, who hit four 3-pointers and had 14 points. ''Without him we wouldn't be where we're at. This is for him.''

Tres Tinkle added 18 for Oregon State, but missed a 3-pointer that would have won the game at the buzzer. Thompson's little brother, Ethan, added 11 points, as did teammate Drew Eubanks.

Evans had all of his 22 points in the second half.

''Shannon was in attack mode,'' Arizona State coach Bobby Hurley said. ''He wasn't going to let us lose. His 3 (with 1:07 to play) again reminded me of the shot he hit at Kansas.''

Remy Martin scored 12 points, and De'Quon Lake had 11 for the Sun Devils.

''The mark of a good team and a winning team is guys stepping up and compensating for him (Holder) not being at his very best,'' Hurley said. ''But I think Kodi said it very well. We would never be in the position we're in if it's not for that guy. In the big games we've been in, he's been special this year.''

The Beavers, who also played Arizona close Thursday but lost on a late Wildcats rally, have not beaten a Top 25 team on the road since a win at then-No. 15 Washington on Jan. 5, 1985.

Evans made two free throws and a driving layup, then capped it with a 3-pointer in the 10-0 surge that put Arizona State ahead 73-68 with 1:07 remaining. Oregon State cut it to 75-73 on Stephen Thompson's 3 with 32 seconds left.

''It might have been fatigue, it might have been foul trouble,'' Wayne Tinkle said about allowing Arizona State's late surge. ''We just have to be better. We're a better defensive team than that. We just couldn't finish them off.''

There were nine lead changes and neither team led by more than five points in a tight first half that ended with Oregon State up 34-33.

Holder was just 1 for 8 from the field in the first half. He took one shot in the second half, and missed.

But the Sun Devils, whose 12-0 nonconference record led them to a No. 3 national ranking, were able to claw back into it.

''I feel like we have a big target on our back just because of all the publicity we had in the nonconference,'' Evans said. ''We have to take that for what it is and come out ready to play every night. We just want to stay together and using each other and believing what the coaches say and I feel like that's what we did tonight.''

Oregon State: Beavers lost twice in Arizona but give both opponents fits. Their patient style and talent could give teams big problems when they visit Corvallis.

Arizona State: The Sun Devils desperately needed this victory to avoid falling to 1-4 in the Pac-12 and suffering back-to-back home losses. Arizona State still has a ways to go with a crucial trip to the Bay Area coming up.