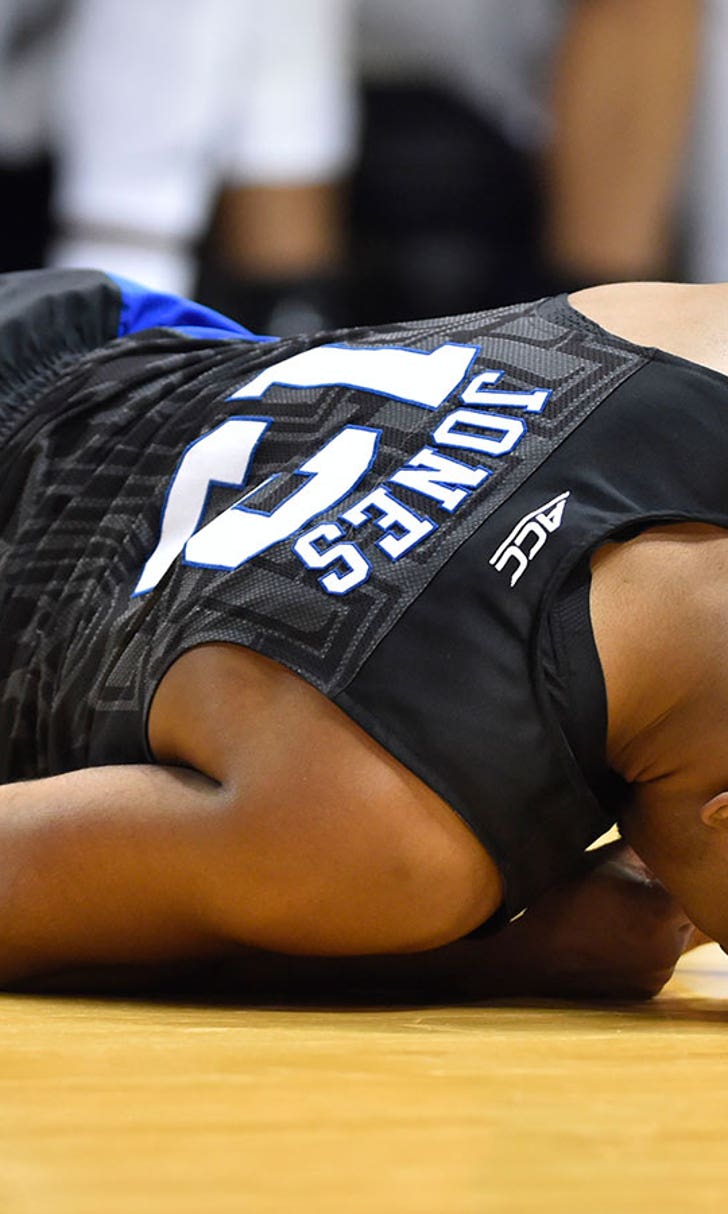 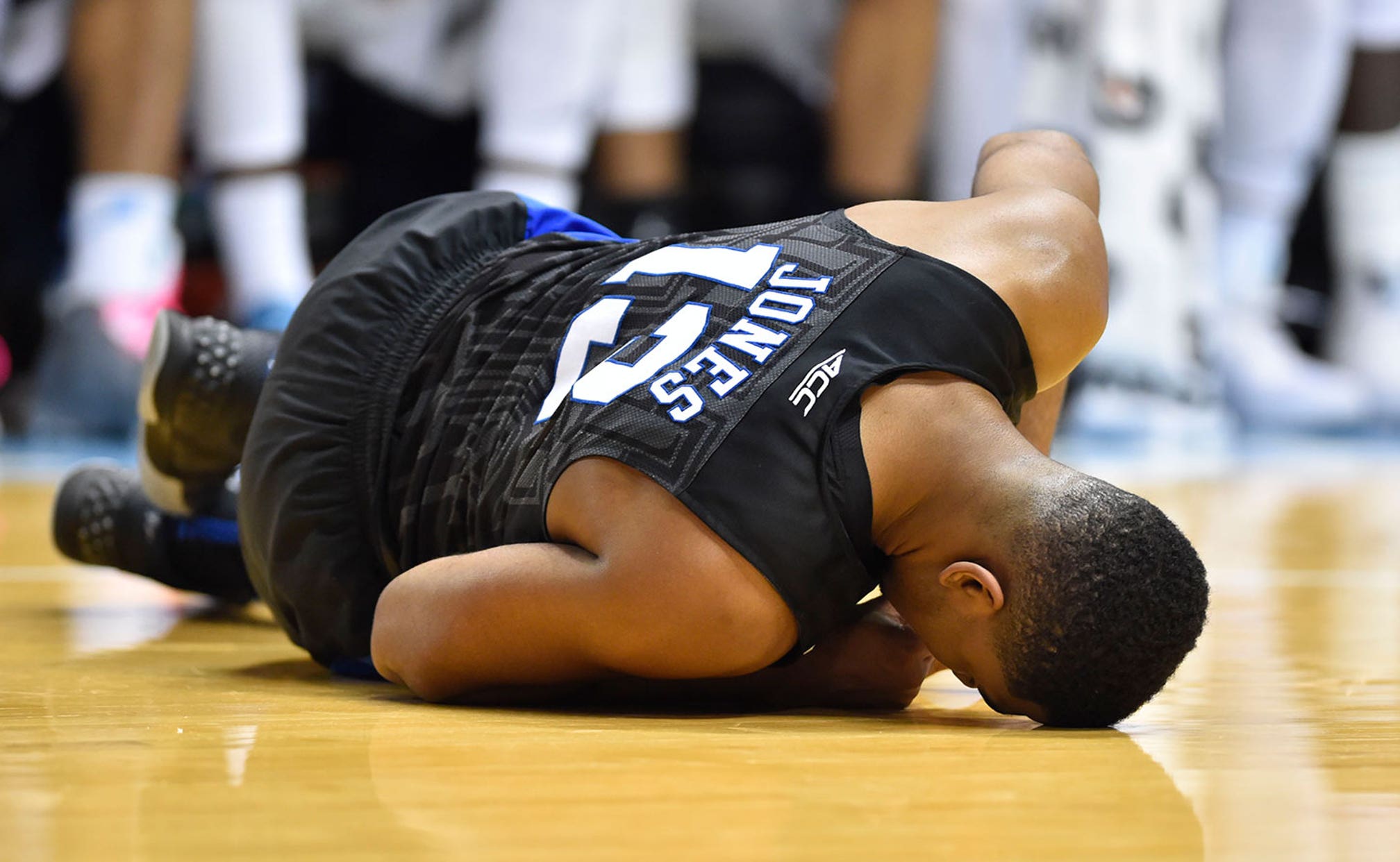 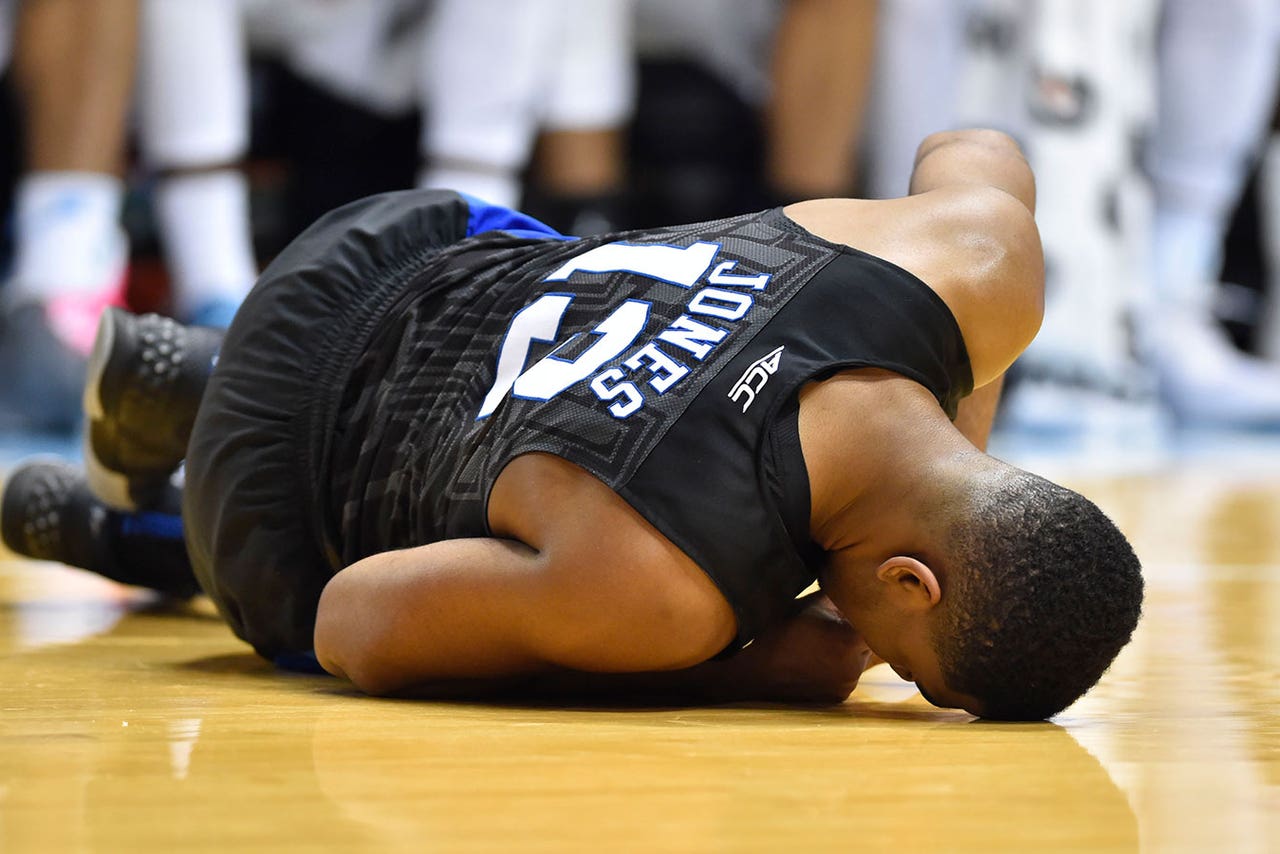 Duke will enter its rematch with Louisville with a shorthanded lineup.

The team announced that Matt Jones will miss Saturday's meeting with the Cardinals due to an ankle injury he suffered during Wednesday night's 74-73 win over North Carolina.

"X-rays on Jones' ankle were negative and an MRI confirmed the diagnosis of a sprained ankle," a statement read.

Jones becomes the second key rotation player to be sidelined. Senior forward Amile Jefferson has missed the past 17th games with a foot injury.

Without Jones, the Blue Devils will play with a limited rotation as they did on Wednesday, with freshman guard Luke Kennard taking over Jones' spot on the floor.