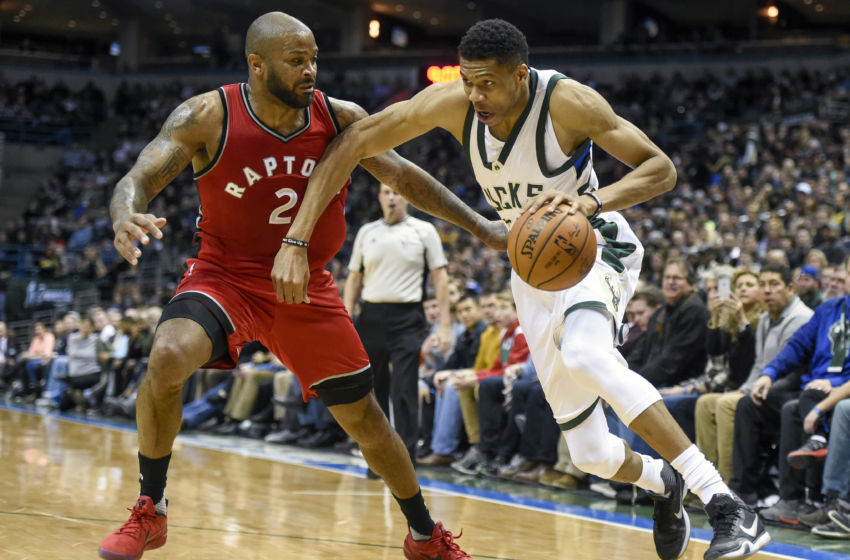 The Milwaukee Bucks have limited resources to use in 2017 NBA free agency. Who are five cheap options to targets on July 1?

The Milwaukee Bucks have the most important thing for a young team to have — a superstar. Giannis Antetokounmpo is tall, long, athletic and young enough that his best years are still to come. He is an offensive force and one of the league’s best defenders and he’s about to start an extension that will pay him well below market value.

The Bucks also have complementary young players that fit well together, from Khris Middleton as a two-way wing to Malcolm Brogdon as a long point guard defender to Thon Maker as a high-upside center who fits the modern profile. If Jabari Parker returns from injury fully healthy, this team has a nasty starting five.

The team has also leveraged its draft assets to fill out the bench, adding D.J. Wilson and Sterling Brown as inexpensive talent that can stretch the floor and defend. While their contributions are going to come further down the line, they seem to be solid pieces to have in the fold.

Where the Bucks have to turn this offseason is to shoring up the margins of the roster. The team unfortunately has a number of contracts handed out to players with middling contributions at best, from John Henson to Spencer Hawes. Matthew Dellavedova is most likely overpaid at $9.6 million as the team hands the reins more fully to Brogdon.

That ties the hands of the Bucks as they try to improve the team in free agency. With no cap space the team will be left with exceptions to add talent. If they re-sign Tony Snell, they will most likely leap over the luxury tax line and be left with the taxpayer mid-level exception; if Snell walks then they should be able to stay under the tax with the standard mid-level exception.

What players could be interested in coming for a contract starting at $8.4 million? Which potential free agents could Milwaukee target to address its needs in the backcourt and on the wing? 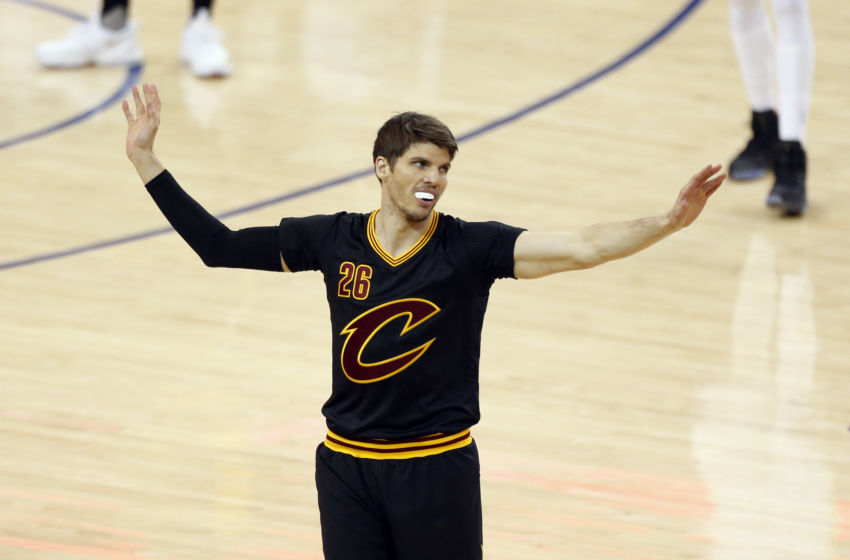 The Bucks know their biggest need is to add shooting. Their best player is a relatively poor outside shooter, and no one in their rotation can truthfully be called a sharpshooter. Players such as Malcolm Brogdon and Tony Snell are good outside shooters; the Bucks need a sniper.

Enter Kyle Korver, one of the league’s very best at hitting shots outside. The 14-year veteran combines volume with accuracy to rank among the league leaders in three-pointers every season. While at 36 he can no longer be an All-Star level contributor, he is a perfect fit in a smaller role, similar to the one Jason Terry filled last year.

The frequency of shots is important, because it lends gravity to Korver any minute he is on the court. For five straight seasons the former Cleveland and Atlanta guard has put up at least five three-point attempts per game, one of nine players to do so. Of the other eight, seven are under contract for next season, and the eighth, J.J. Redick, is expected to earn $18-20 million per year.

Korver represents the best chance to get a sharpshooter for a lower cost. He can instantly improve their long-range efficiency, giving space inside for Giannis Antetokounmpo and Greg Monroe to work. Defensively he will be surrounded by the talent needed to help cover him, although at 6’7″ he has the size to hold up his own.

Korver is not the player he was just three seasons ago when he made an All-Star appearance, but he is still a talented player whose best skill will age with him. If the Bucks can get a sit-down, they should see if they can add the best sniper on the market. 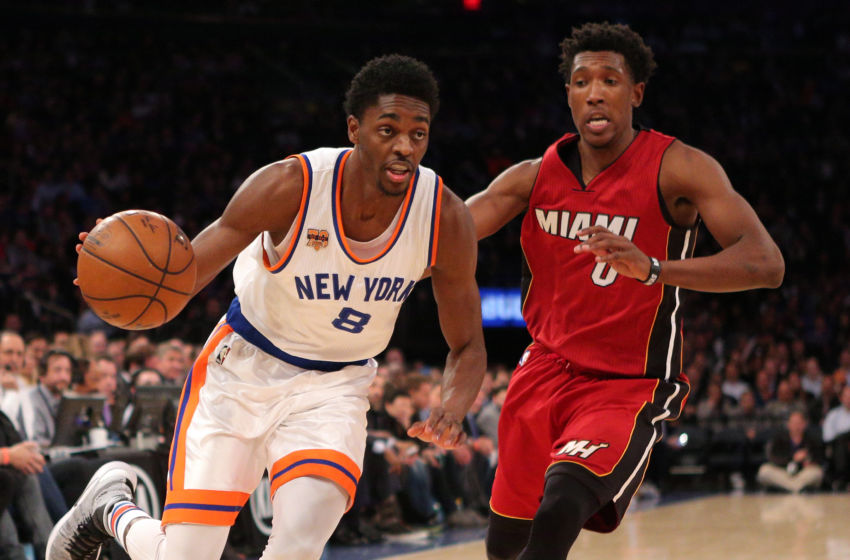 No player available at their price range is going to become a star for the Bucks, but they don’t need that. With Antetokounmpo, Parker, Middleton and Maker around, what this team needs are solid role players. Justin Holiday fits that description.

The older brother of New Orleans Pelicans guard (and pending free agent) Jrue Holiday, it is rumored that Justin may wish to play alongside his brother. If that is the case, the Bucks have no shot, because they would have to move mountains to clear enough space for a point guard of Jrue’s value.

But whether Jrue Holiday stays put or goes to a team unwilling to sign Justin, the Bucks could pick up a solid contributor on the wing. Holiday had a cup of coffee with the Philadelphia 76ers in 2013 before sticking in the league in 2015 as a bench contributor on the first Golden State title team. He bounced between Atlanta and Chicago and finally spent the past season in New York with the Knicks.

Holiday is an average and inconsistent three-point shooter. In 2016 he hit 34.3 percent of his long-range shots, and last season pulled that up to 35.5 percent. If he can continue a gradual increase he will be worth the few million it costs to sign him.

Defensively Holiday can be a solid piece as well, standing at 6’7″ with a 7’0″ wingspan. He is a perfect fit physically in Sean Sweeney’s aggressive scheme, with the size to switch and the length to confuse passing lanes. In many ways he is a “Tony Snell lite” and could play that role off the bench, especially if Snell were to leave. 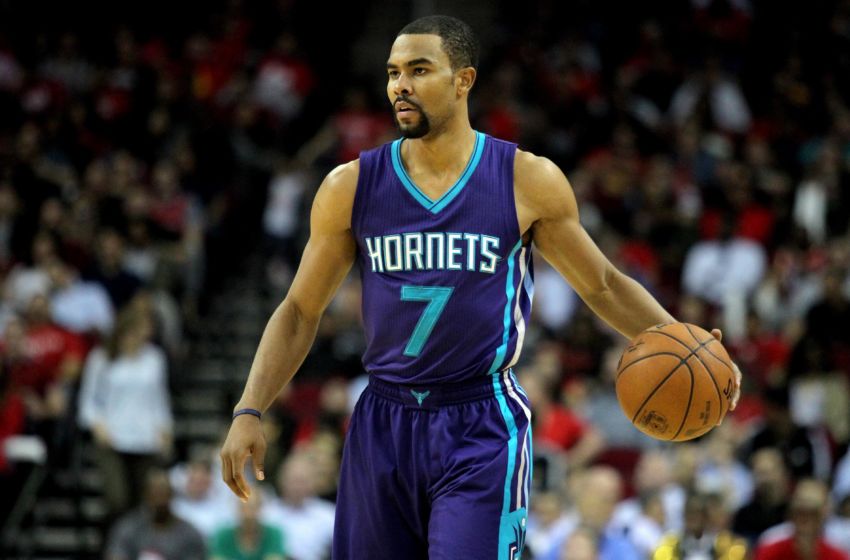 Malcolm Brogdon and Matthew Dellavedova are similar players that fill an important role on the Bucks. They are spot-up shooters who can space the floor around Giannis Antetokounmpo, handle the ball when he passes out, and provide enveloping defense to opposing guards.

Neither are a “traditional” point guard, however, able to initiate the offense consistently and drive into the teeth of the defense with an eye to pass or shoot. Pulling up off the dribble for a three-pointer is not a move taught in Milwaukee, as no one on the team can boast that skill as a strength.

Enter a backup point guard who brings many of those traditional skills to the table, such as creating a shot for yourself and others. Ramon Sessions is far from a perfect player, but he can handle the ball well. Likely to be let go by the Charlotte Hornets, he could fit into Milwaukee’s roster if they elect to get another veteran guard to replace Jason Terry.

Even if Jason Terry were to return, Sessions is a higher-floor option than Gary Payton II, currently on the roster with a non-guaranteed contract. If the Bucks are worried about injury concerns with Dellavedova, or if they decide Payton isn’t an NBA player, they could add a veteran point guard just like Sessions to shore up the position. 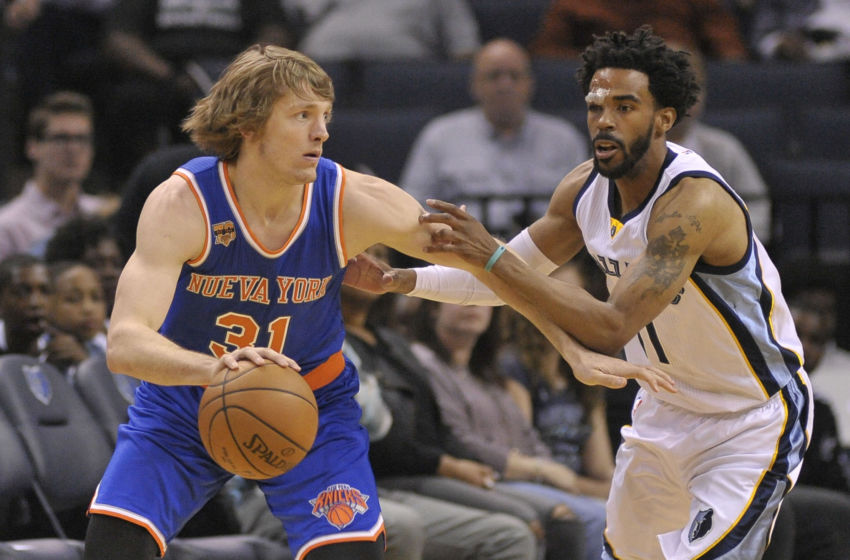 If the Bucks decide to add to their point guard rotation with an upside play rather than a proven commodity, Ron Baker could be a player to take a swing on. While he is a restricted free agent, with the New York Knicks in such turmoil, an offer to Baker could slip through and see the young guard make his way to Milwaukee.

One of the leaders of a college basketball mid-major dynasty in Wichita State for four seasons, Baker went undrafted in 2016 and ended up on the Knicks. With their combination of shaky depth and sometimes AWOL starting point guard, Baker saw the court more than expected and held up his own.

While Baker didn’t make teams in the first round regret picking him, he did show himself to be an NBA player. His offensive production was rough, but he showed he can handle the ball and shoot when open. In a nationally televised game against the Warriors, Baker played 23 minutes and finished a team-high +10, one of only two Knicks players to do so in the seven-point loss.

Unafraid of the big stage, the question is whether Baker can become a reliable rotation guard in the NBA. If he can, he would be worth the flier of a few million to take a closer look. If the Bucks’ front office has a good read on Baker they could make the move to try and bring him in. 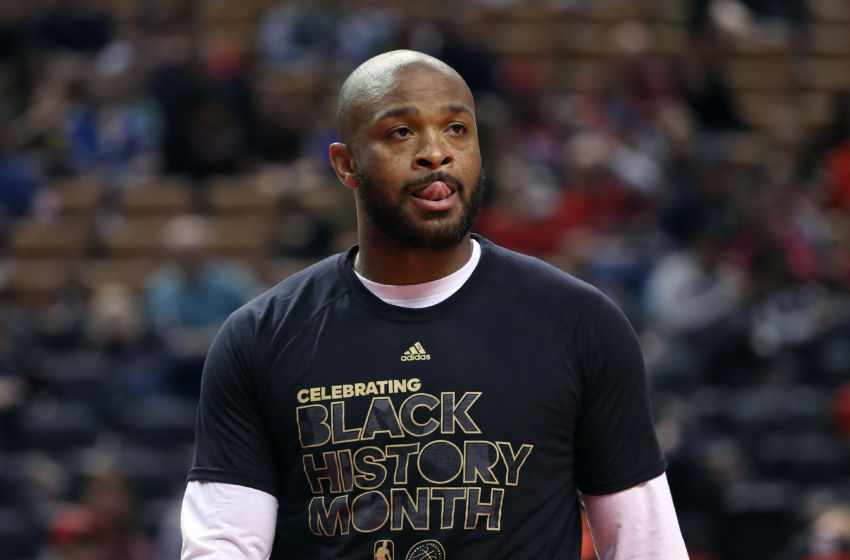 P.J. Tucker is the quintessential NBA role player. He plays with a high motor, giving his all every minute he is on the court. Defensively he has size and length to allow him to battle with larger forwards, with the agility to defend on the perimeter. Offensively he can catch-and-shoot at a good, if not effective, level.

Tucker is the kind of player good teams want, but his current team — the Toronto Raptors — may not be able to hang onto him as they deal with a number of moving parts. Re-signing Kyle Lowry and Serge Ibaka could mean players such as Patrick Patterson and Tucker are left out. The Raptors’ loss will be another team’s gain.

While not a true floor-spacer, Tucker hit 35.7 percent of his three-point attempts. His quick hands on defense generated 1.4 steals per game. Defensively his teams were significantly better when he was on the court, to the tune of a +1.5 defensive plus/minus.

What P.J. Tucker is not is a two-way star on the wing, nor is he the answer to every problem a contender has. The Raptors were better for having him on their roster during the postseason (much to Milwaukee’s dismay), but he didn’t allow them to get over the LeBron James wall. Tucker fills a role, but he does not solve the puzzle.

While the Bucks lean on Antetokounmpo and their other rising stars to do that, Tucker could be a veteran presence in the locker room and another option on the wing. Tucker may look for more than Milwaukee can offer, but he would be in a great environment if his market doesn’t pan out and the Bucks are standing with a contract and designated role for him.

While Tucker, Korver, Holiday or any free agent the Bucks can bring in is unlikely to mean the difference between contention and not, every signing counts in building a successful team. Milwaukee can use its limited resources to make smart moves on the margins and put together the best roster they can. July 1 is the next step in the never-ending process.