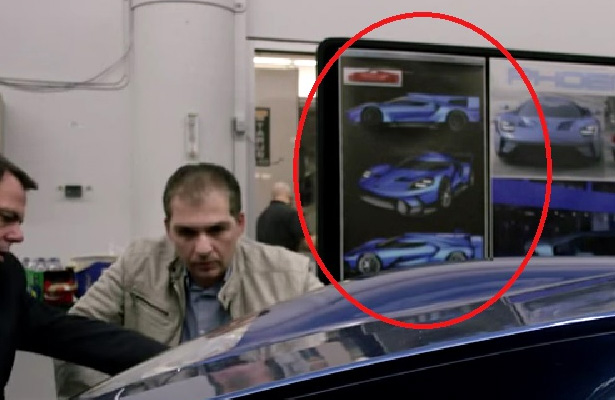 Could Ford’s all-new Le Mans GTE car have been leaked in a video for an upcoming video game?

It’s a strong possibility, based on evidence spotted in a video featurette for the upcoming Forza Motorsport 6 Xbox One video game, which will feature the road car variant.

The rendering depicts what appears to be a 2016 Ford GT in race car trim. A rear wing and revised aerodynamics is pictured in the images, which were on a blackboard behind the production car.

What’s intriguing is that it also has what appears to be a shark fin, an aerodynamic device which is only currently used on prototypes. Could the rendering in fact be a concept for a new Ford-inspired LMP2 car?

Although the road car was launched earlier this month in Detroit, Ford has yet to officially acknowledge the existence of a factory GTE program, which Sportscar365 understands to include full-season efforts in both the FIA WEC and TUDOR Championship next year.