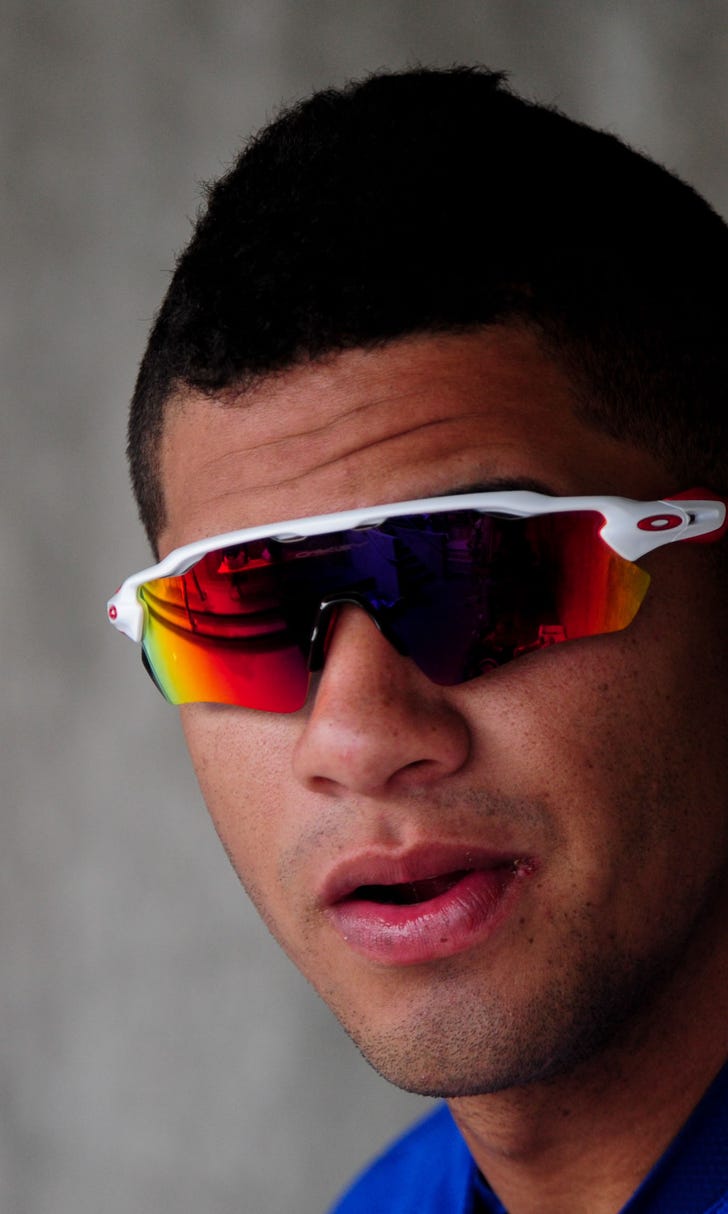 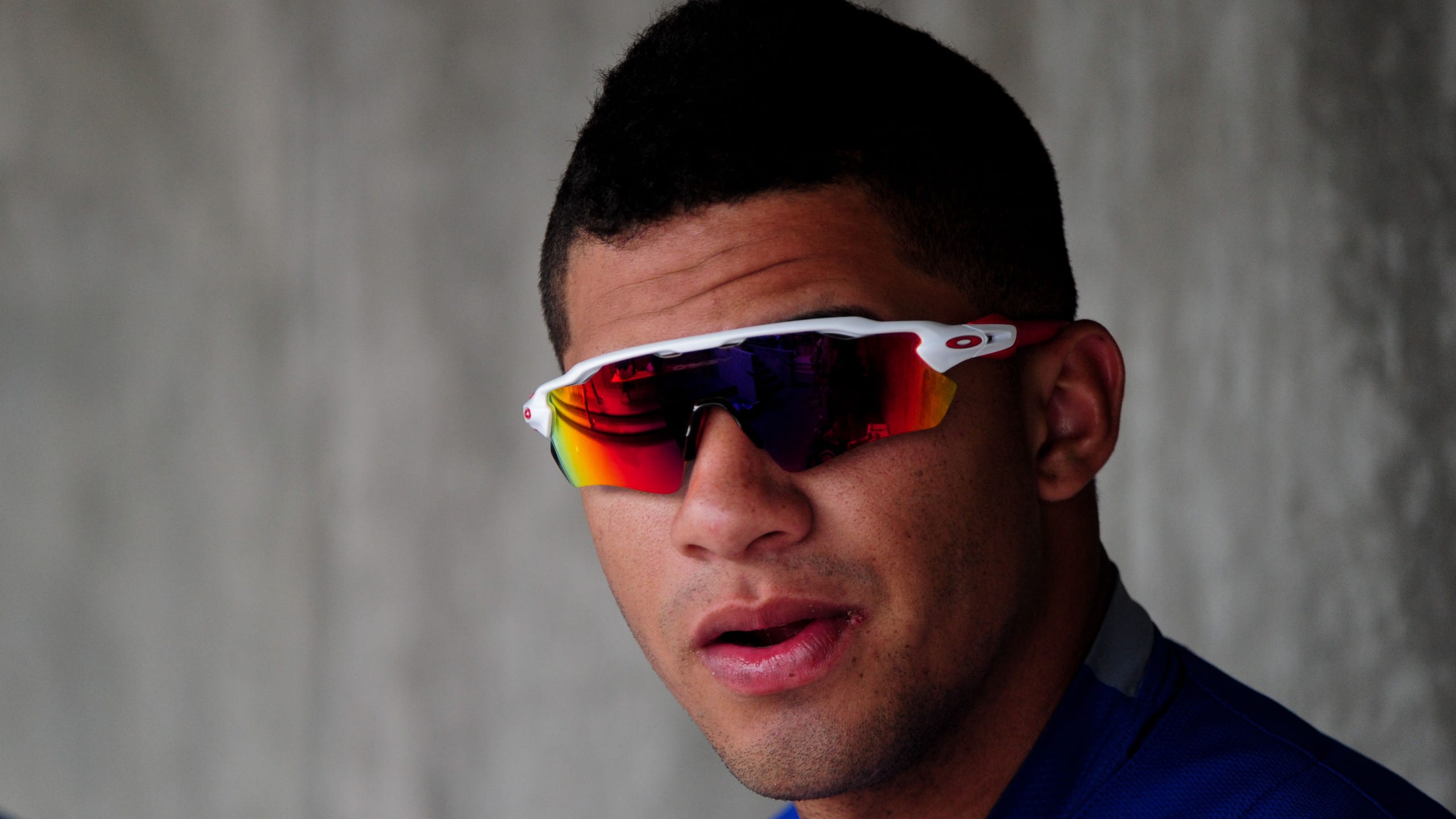 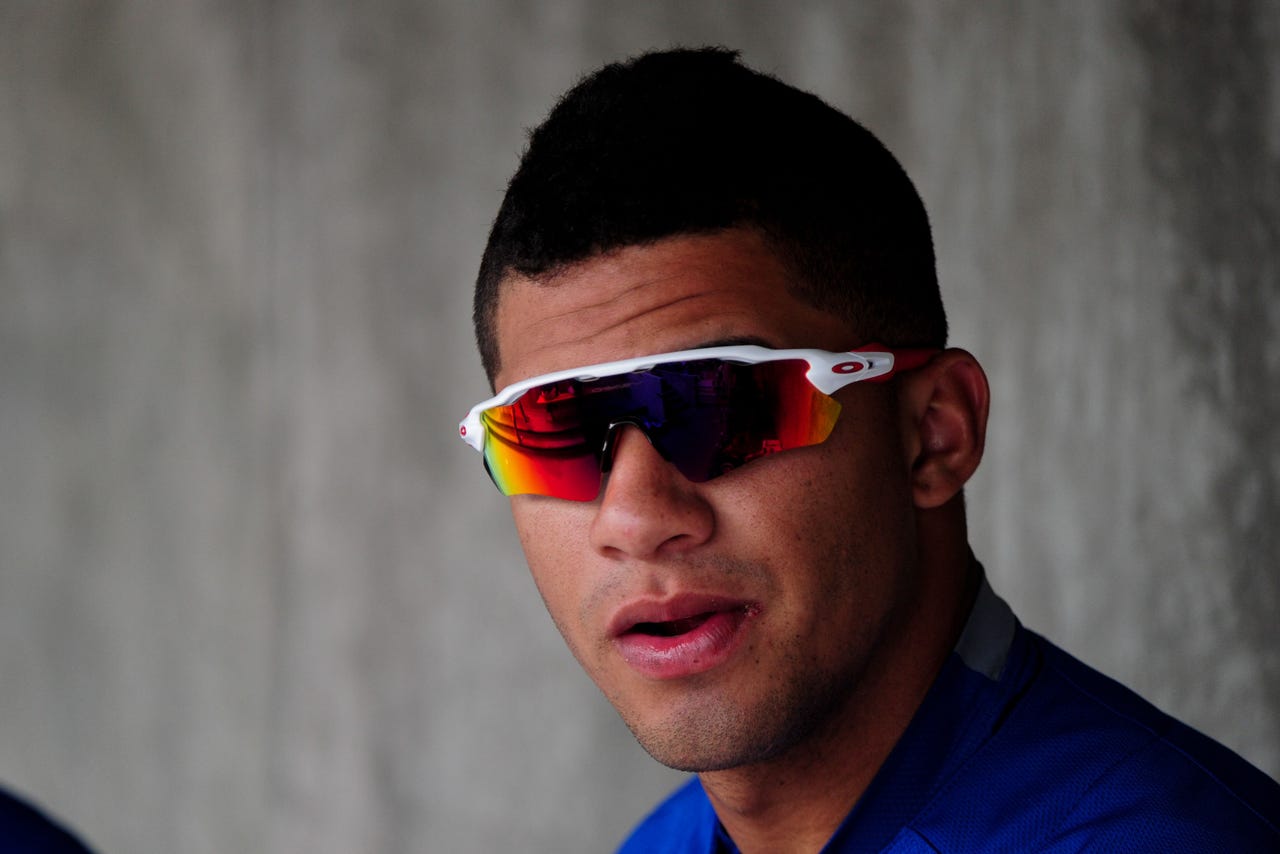 The New York Yankees took on a strange role this July — sellers.

Seven-plus games out of first place heading into action on July 25, the Yankees saw a trade market desperate for pitching and proven bats and capitalized on the premium prices that were being offered.

The return was eight prospects, a few of them blue-chip players, boosting the Yankees' farm system in a serious way. New York already had a good prospect pipeline, but with the deadline pickups, the Yankees might now have the best system in baseball — they have seven of the top 100 prospects per MLB.com.

Let's meet all eight prospects the Yankees acquired over the last month: 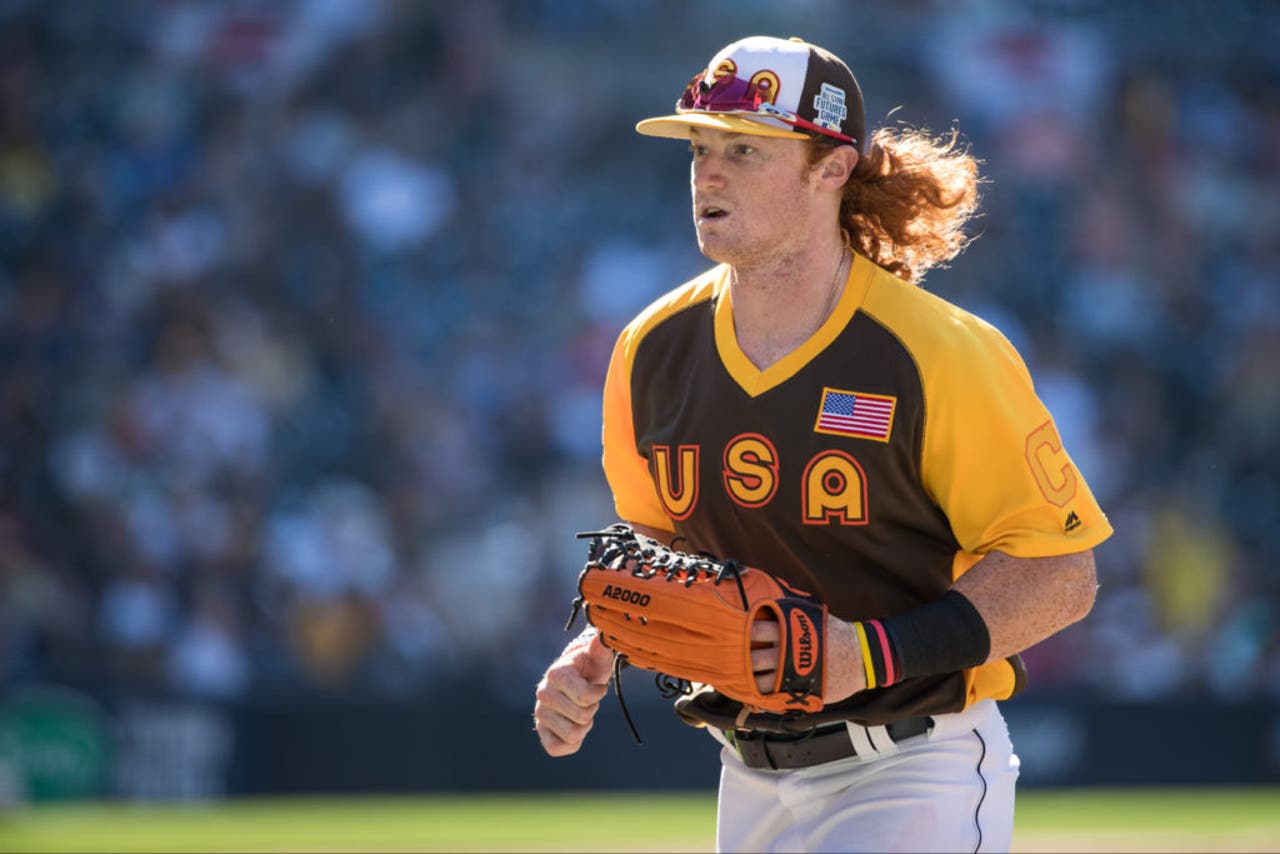 No. 22 prospect in MLB — acquired from Cleveland for Andrew Miller

Frazier is a power-hitting outfielder who is on the cusp of a Major League call-up. At 21, he was promoted to Triple-A by the Indians after posting a .825 OPS at Double-A. He has a real chance to see action for the Yankees in September and to win a regular job come 2017.

No. 24 prospect in MLB — acquired from Chicago Cubs for Aroldis Chapman

Torres isn't quite Major League ready, but there's a whole lot of potential in the 19-year-old Venezuelan. Scouts project him to hit as many as 20 homers at the big league level and say that his instincts at short should make him an above average fielder there — though he could easily move to second or third and be a Gold Glove contender there.

No. 93 prospect in MLB — acquired from Cleveland for Andrew Miller

Sheffield isn't a big guy — just 5-foot-10 — but he has a nice three-pitch arsenal and can touch 96 with his fastball. He projects as a middle-of-the-rotation stalwart when he reaches the Majors. He's a year or two away.

No. 11 prospect in Yankees system - acquired from Texas for Carlos Beltran

Tate was the No. 4 pick in the 2015 MLB Draft and while his early returns haven't been stellar, there's so much potential in the righty with a 98 mph fastball and a flail-inducing slider. Tate could still project as a starter but has the stuff to be excellent at the back of the bullpen.

No. 16 prospect in Yankees system - acquired from Chicago Cubs for Aroldis Chapman

McKinney was the No. 88 prospect in baseball heading into the 2015 season, and while he's struggled a bit with the Cubs (acquired in the Jeff Samardzija trade) he still posted a slash line of .300/.371/.454 in 2015. He could be a fourth outfielder for the Yankees next year. 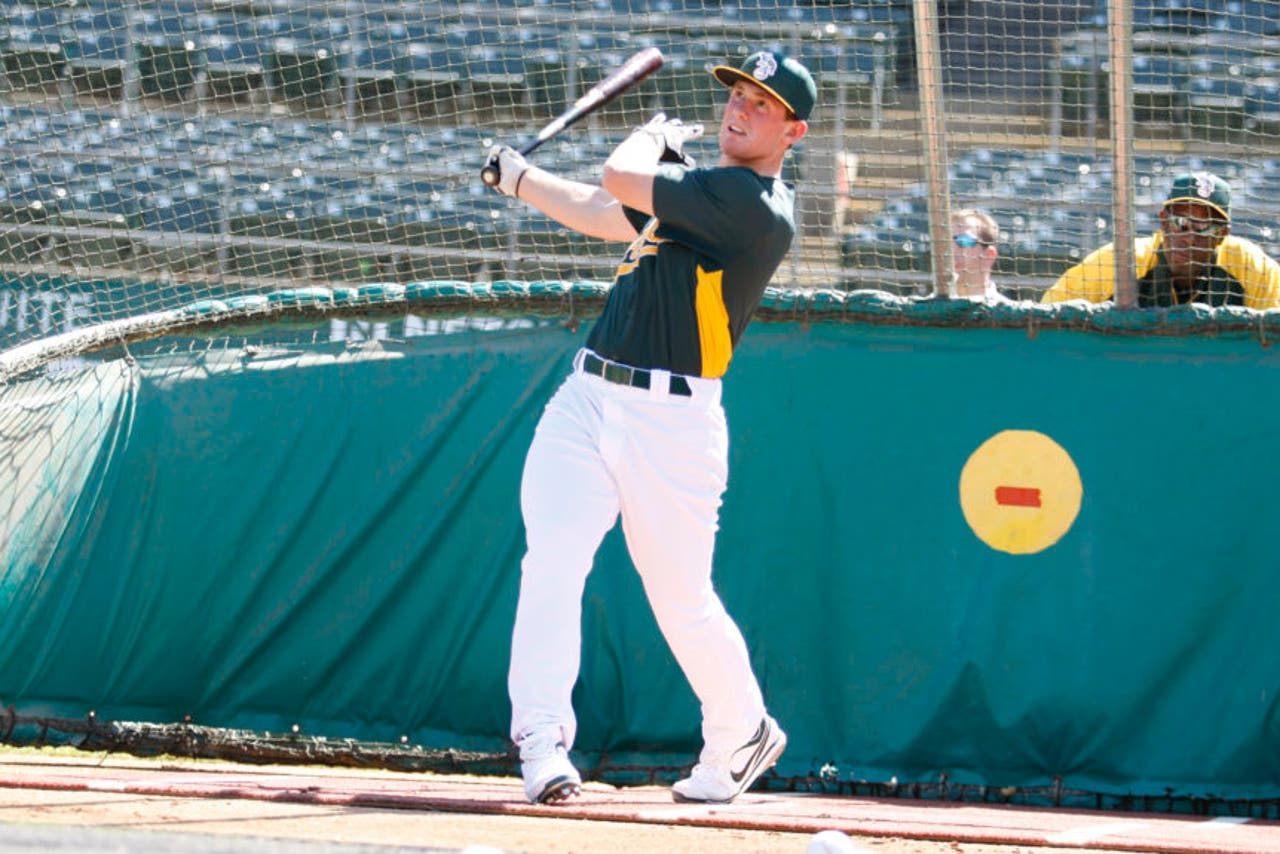 Heller, a former 22nd round draft pick, has been really good as a closer at the Double-A and Triple-A level this year. He entered the season as the Indians prospect with the best fastball — it reaches 99 mph — and he's allowed a .159 batting average and posted a 0.84 WHIP to opponents this year. He might be the first prospect acquired from this trade to head to the Big Leagues.

Acquired from the Cleveland Indians for Andrew Miller

Another Minor League reliever, Feyereisen has posted a respectable 2.23 ERA and 1.24 WHIP, plus 56 strikeouts in 40 1/3 innings for the Indians Double-A team this season. His fastball isn't as electric as Heller's, and control is a bit of an issue, but at 23, he has some time yet.

The best bets for the 2021 MLB season
Looking to make a World Series pick as Opening Day nears? Sammy P explains when to fire – and why the Dodgers are a risky bet.
12 hours ago

Best To Worst: MLB's Offenses
With Opening Day on the horizon, Ben Verlander ranks all of MLB's offenses, from those to be feared to those in need of help.
16 hours ago

How MLB Win Totals Are Made
Predicting how many games MLB teams will win isn't as simple as plugging data into a computer. Sammy P explains it all.
6 days ago