On This Day: Michael Jordan begins his minor league stint with the Birmingham Barons

Have you ever wondered where Michael Jordan got that No. 45 from? 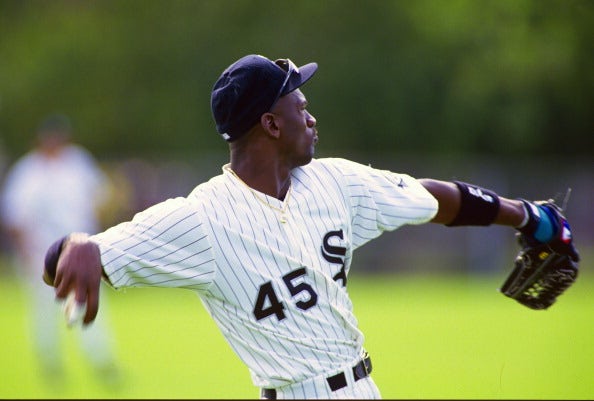 Growing up, baseball was Michael Jordan’s first love, and – you guessed it – 45 was his baseball number.

When Jordan returned to the Chicago Bulls in March 1995. he wore that No. 45 for a little while, but he soon went back to the iconic No. 23 jersey.

Regardless, No. 45 became the stuff of legend, as did Jordan’s stint in the minor leagues, which began on March 31, 1994, when he was assigned to the Birmingham Barons, the Double-A affiliate of the Chicago White Sox.

On this date in 1994 – The Chicago White Sox assign Michael Jordan to the Birmingham Barons in the Double-A Southern League.

Fun fact: Terry Francona was Jordan’s manager with the Barons!

" … competitive, intelligent. He had it all."

Terry Francona learned a lot from his time coaching Michael Jordan in the minors 🐐 pic.twitter.com/8CqnBCWX9Z

Francona played nearly 10 seasons in the MLB, but is best known as a manager. He led the Boston Red Sox to World Series titles in 2004 and 2007. He is currently the manager of the Cleveland Indians, and led the franchise to a World Series berth in 2016.

Now, have a look at this fun clip: Francona at third base during Jordan’s brief stint in the Arizona Fall League with the Scottsdale Scorpions in 1994.

While Francona is sharing his thoughts on the global superstar, Jordan hits a triple, hustling into third base.

Ten years before leading the Boston Red Sox to the World Series title in 2004, Terry Francona was mic'd up during a Michael Jordan triple in an Arizona Fall League game. pic.twitter.com/i7r49rTKT5

Now, let’s get to the real thing.

In 1994, a week after he was assigned to Birmingham, Jordan played in an exhibition game at Wrigley Field on April 7, starting in right field.

Have a look at the highlights below:

But that short time in the minor leagues became a legendary part of an already legendary career.