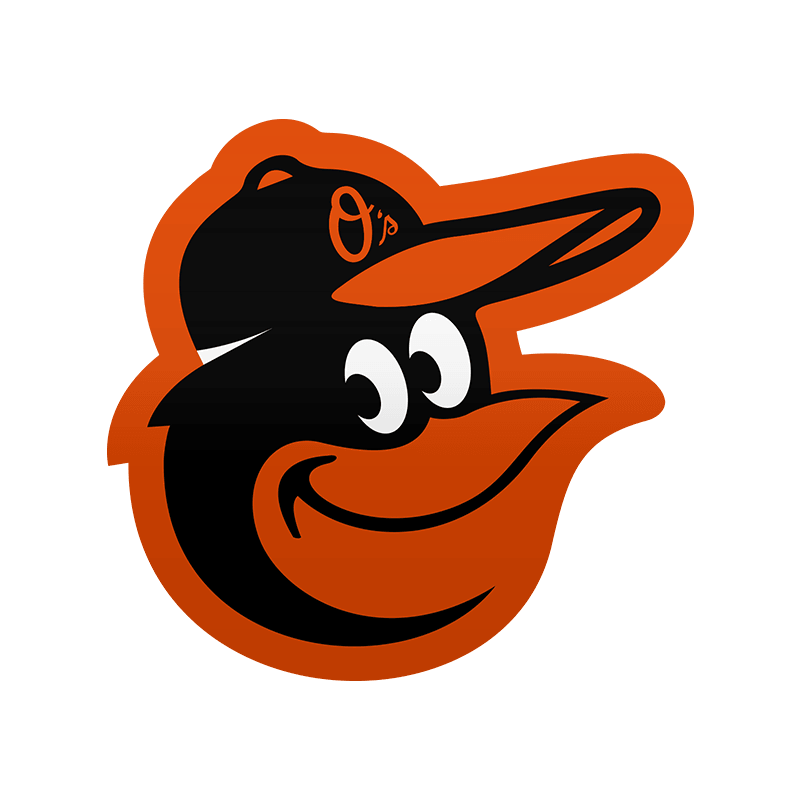 Adley Rutschman BAL
Rotowire: Jul 14, 4:26p ET
News: Rutschman was transferred to the Orioles' alternate training site in Bowie on Tuesday, Roch Kubatko of MASNSports.com reports.
Impact: Rutschman had been working with the 60-man roster at Camden Yards over the past several days, but he'll move to the team's alternate facility ahead of the regular season. The Orioles have been impressed with their top prospect's performance since being added to the 60-man roster July 10. However, the team is unsure whether the 22-year-old will get a chance to play in the majors this season given his lack of experience against upper-level talent. However, he'll get to develop among other top prospects within the organization in Bowie to begin the 2020 season.

Anthony Santander BAL
Rotowire: Jul 14, 3:46p ET
News: Santander (undisclosed) arrived at the Orioles' camp Tuesday and participated in workouts, Jon Meoli of The Baltimore Sun reports.
Impact: Santander was absent from the first several weeks of camp for an undisclosed reason, but he was able to participate in workouts Tuesday, signaling that he's cleared intake testing. With just 10 days remaining until Opening Day, manager Brandon Hyde said that the team will evaluate Santander on a daily basis to determine his preparedness for the start of the season. When he's ready to play, the team hopes to use him in the middle of the order, but they want to make sure that he's ready to take on a full workload before he takes the field during the regular season.

Asher Wojciechowski BAL
Rotowire: Jul 14, 1:39p ET
News: Wojciechowski appears to be in position to open the season as the Orioles' No. 4 starter, Joe Trezza of MLB.com reports.
Impact: Manager Brandon Hyde has thus far been unwilling to confirm any rotation members or their order in the pitching schedule beyond stating that John Means would get the Opening Day nod. However, based on how the starting candidates have been lining up in intrasquad games so far in summer camp, Wojciechowski looks to be locked in as the fourth man behind Means, Alex Cobb and Wade LeBlanc, leaving Tommy Milone and Kohl Stewart to fight it out for the fifth and final spot. Wojciechowski has shown the ability to make bats miss over parts of three seasons in the majors, but the issues with the long ball (1.9 HR/9) and walking batters (3.1 BB/9) resulted in him finishing with an underwhelming 4.92 ERA and 1.31 WHIP over his 82.1 innings with Baltimore in 2019.

DJ Stewart
Rotowire: Jul 14, 1:24p ET
News: Stewart appears on track to open the season as a regular in the Baltimore outfield with Anthony Santander (undisclosed) and Dwight Smith (undisclosed) having yet to report to the Orioles' summer camp as of Monday, Rich Dubroff of BaltimoreBaseball.com reports.
Impact: Stewart was limited in spring training while recovering from October microfracture surgery on his right ankle, but he's back to full speed for summer camp following baseball's four-month hiatus. With his health intact and two challengers for playing time missing in camp, Stewart and Austin Hays both look poised to being the season as starters, or at least on the larger side of a platoon in Stewart's case. Cedric Mullins, Mason Williams and Stevie Wilkerson could also in the mix for reps in the outfield, but the latter two players would need to be added to the 40-man roster.

Dwight Smith Jr. BAL
Rotowire: Jul 14, 1:17p ET
News: Smith had yet to report to the Orioles' facility for summer camp as of Monday due to an unspecified issue, Joe Trezza of MLB.com reports.
Impact: Due to privacy reasons, manager Brandon Hyde hasn't been able to provide an explanation behind the absences of Smith and fellow outfielder Anthony Santander, both of whom have yet to train with the team. Per Nathan Ruiz of The Baltimore Sun, Hyde said over the weekend that it would be "challenging" for players not yet involved in camp to be ready for the start of the season July 24 in Boston, so even if he reports in the next few days, Smith be excluded from the 30-man Opening Day roster. If both Smith and Santander aren't available to begin the season, Cedric Mullins and Mason Williams would be in good shape to make the roster as third and fourth outfielders.

Anthony Santander BAL
Rotowire: Jul 14, 1:12p ET
News: Santander had yet to report to the Orioles' facility for summer camp as of Monday due to an unspecified issue, Joe Trezza of MLB.com reports.
Impact: Due to privacy reasons, manager Brandon Hyde hasn't been able to provide an explanation behind the absences of Santander and fellow outfielder Dwight Smith, both of whom have yet to train with the team. Per Nathan Ruiz of The Baltimore Sun, Hyde said over the weekend that it would be "challenging" for players not yet involved in camp to be ready for Opening Day, so even if he reports to Baltimore in the next few days, Santander may find himself out of the lineup when the Orioles begin their season July 24 versus the Red Sox.

Hector Velázquez BAL
Rotowire: Jul 14, 10:05a ET
News: The Orioles have optioned Velazquez from their big-league summer camp site to their alternative site in Bowie, Jon Meoli of The Baltimore Sun reports.
Impact: The move seemingly implies that Velazquez is no longer in the mix for a bullpen job with the Orioles as part of their 30-man Opening Day roster. Velazquez's prior experience working as both a starter and reliever with the Red Sox could allow him to get a look from the big club at some point in 2020 when injuries inevitably strike the Baltimore pitching staff.

Dean Kremer BAL
Rotowire: Jul 14, 10:02a ET
News: The Orioles added Kremer to their 60-man roster pool Tuesday, Jon Meoli of The Baltimore Sun reports.
Impact: Kremer will take the 60-man spot of infielder Richie Martin (wrist), who was placed on the 60-day injured list in a corresponding move. The Orioles will have Kremer report to their alternative summer-camp site in Bowie, so the right-handed pitcher doesn't look as though he'll warrant any serious consideration for the Opening Day roster. Kremer saw action at three minor-league levels in 2019, posting a 3.72 ERA and 1.30 WHIP across 113.2 innings.

Richie Martin
Rotowire: Jul 14, 9:59a ET
News: The Orioles placed Martin (wrist) on the 60-day injured list Tuesday, Jon Meoli of The Baltimore Sun reports.
Impact: Martin fractured his right wrist Friday and is scheduled to undergo surgery Wednesday that will keep him sidelined for 2-to-3 months, effectively spelling an end to his 2020 season. The move to the 60-day IL essentially confirms as much, while simultaneously freeing up a spot in the 60-man roster pool and the 40-man roster. Baltimore added right-handed pitcher Dean Kremer to the 60-man pool in a corresponding move.

Richie Martin
Rotowire: Jul 13, 3:51p ET
News: Martin (wrist) will undergo surgery Wednesday, Jon Meoli of The Baltimore Sun reports.
Impact: Martin suffered a fractured right wrist while diving into a base during Friday's intrasquad matchup, and he'll undergo surgery to repair it. The surgery likely carries a 3-to-4 month recovery timeline, effectively ending his 2020 season before it began. With Martin sidelined, Pat Valaika and Andrew Velazquez should have increased chances to make the roster as utility infielders. Assuming his recovery goes smoothly, Martin should be ready for the start of the 2021 season.

Ty Blach BAL
Rotowire: Jul 13, 3:43p ET
News: Blach (elbow) is scheduled to undergo Tommy John surgery Wednesday, Jon Meoli of The Baltimore Sun reports.
Impact: Blach experienced elbow soreness during Thursday's summer camp workout and had two opinions on the injury over the weekend. After consultation, he'll elect to undergo Tommy John surgery, which will sideline him for the entirety of 2020 and most or all of the 2021 season as well. The southpaw was a long shot to make the Orioles' major-league roster, but he'll now have a lengthy recovery timeline ahead of him before he's healthy enough to return.
Quick Links
Baltimore Orioles Player News: Pitcher