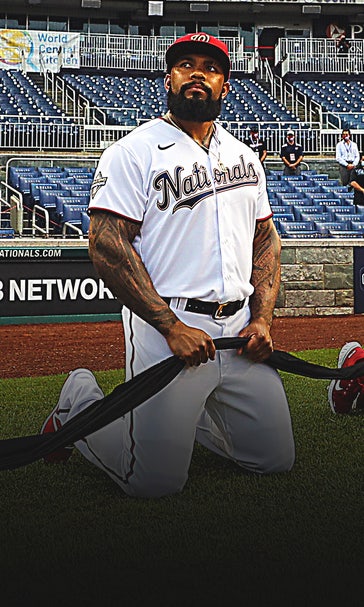 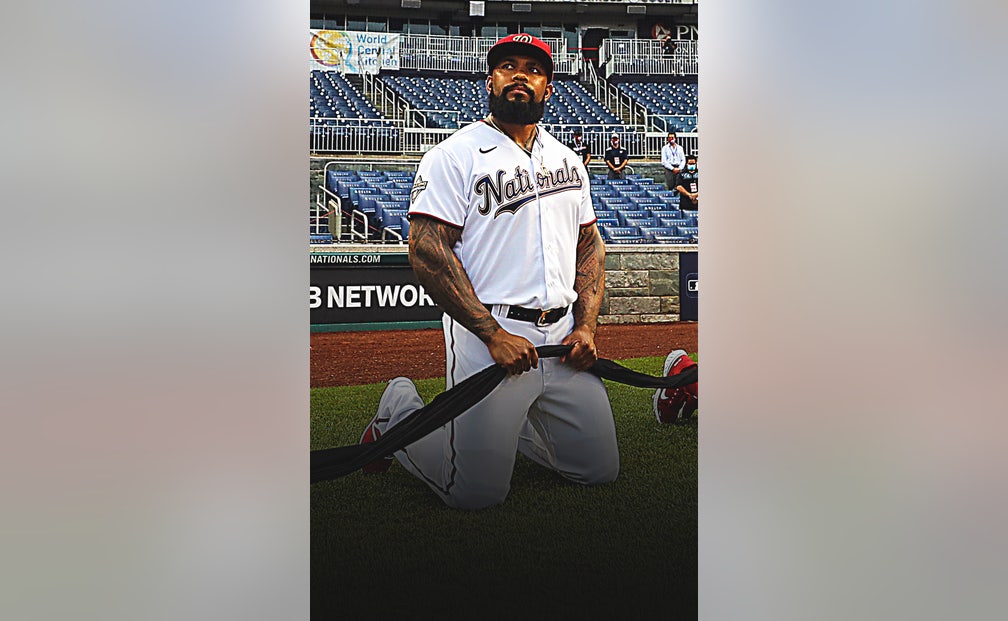 The New York Yankees and Washington Nationals lined up along the first and third base lines and kneeled together prior to their season opening game Thursday, stretching a piece of black fabric among them.

The moment took place before the national anthem, during a video narrated by Morgan Freeman; no players in the first game kneeled during the anthem.

The San Francisco Giants and Los Angeles Dodgers took part in the same display ahead of the second game of Thursday's Opening Day doubleheader. 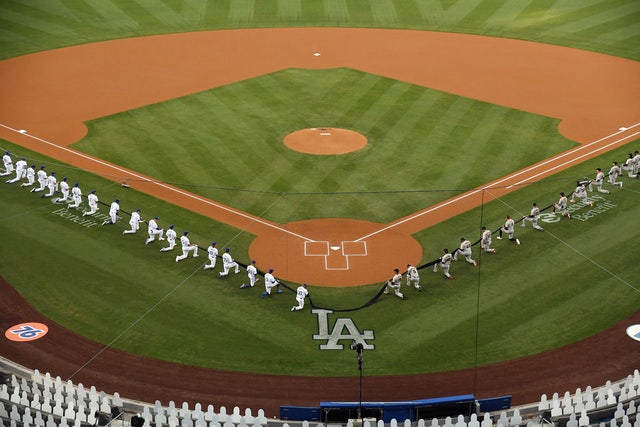 New Dodgers star Mookie Betts and members of the Giants then kneeled during the rendition of the anthem at Dodger Stadium, as well.

The pitcher's mounds in both Washington and Los Angeles featured an MLB logo stencil that included the letters BLM, for Black Lives Matter: 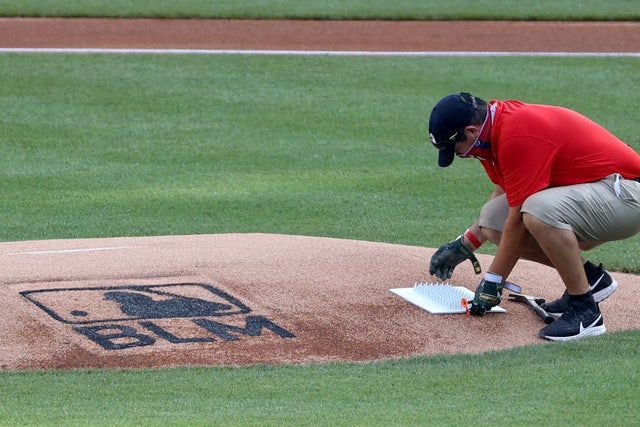 As did the bases:

According to The Athletic, which reported the Yankees and Nationals' plan prior to the game, the demonstration with the fabric was meant to represent unity. 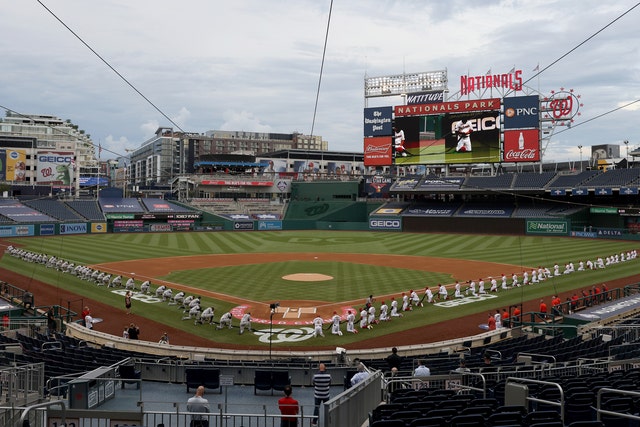 Earlier this week, players on multiple teams kneeled during the national anthem prior to exhibition games, with Giants manager Gabe Kapler among several coaches who joined the players.

“But I think whatever the message that we try to give out here is (that) we want to try to express unity and that we’re all in this together.’’