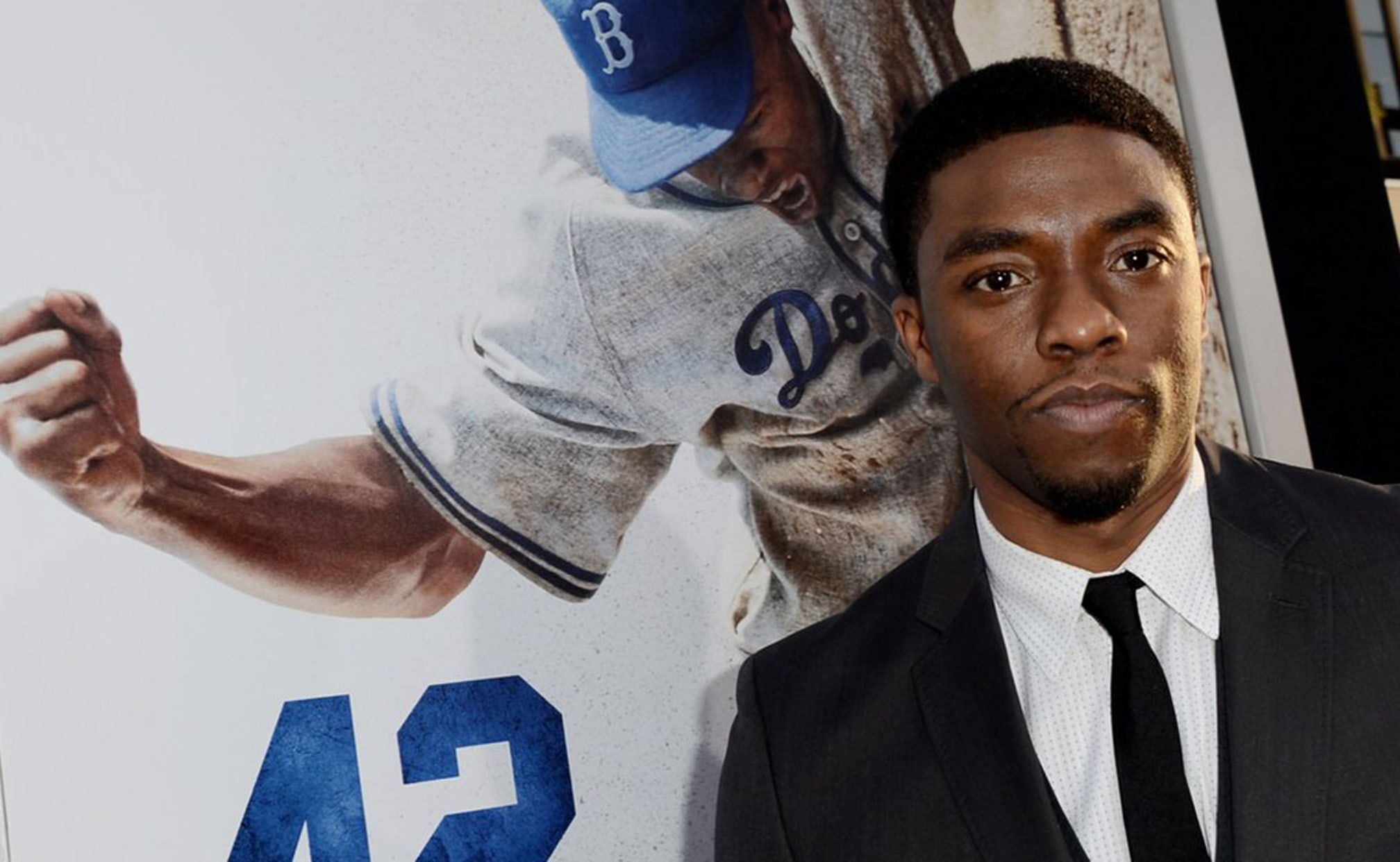 Acclaimed actor Chadwick Boseman, who portrayed Jackie Robinson and Black Panther among many other roles, died Friday of cancer. He had been diagnosed in 2016 with colon cancer.

His depiction of the MLB legend in 2013's "42" helped propel Boseman to stardom as an actor. Friday happened to be Jackie Robinson Day in baseball; MLB typically honors Robinson on April 15, but moved this year's commemoration to August due to the COVID pandemic.

Boseman's performances made him a favorite among professional athletes and fans alike, and the sports world mourned his passing.

His role as Robinson wasn't Boseman's only link to sports. In 2018, he assisted Victor Oladipo in the NBA Slam Dunk Contest, placing a Black Panther mask on the Indiana Pacers star. He was also a judge in 2020.

According to reports about Boseman's passing, the actor never shared his diagnosis publicly.

The Associated Press reports that according to Boseman's representative, he died at his home in Los Angeles with his wife and family by his side.

In a statement included in the Tweet announcing the news, the family said:

"A true fighter, Chadwick persevered through it all, and brought you many of the films you have come to love so much. From Marshall to Da 5 Bloods, August Wilson’s Ma Rainey’s Black Bottom and several more – all were filmed during and between countless surgeries and chemotherapy. It was the honor of his career to bring King T’Challa to life in Black Panther."